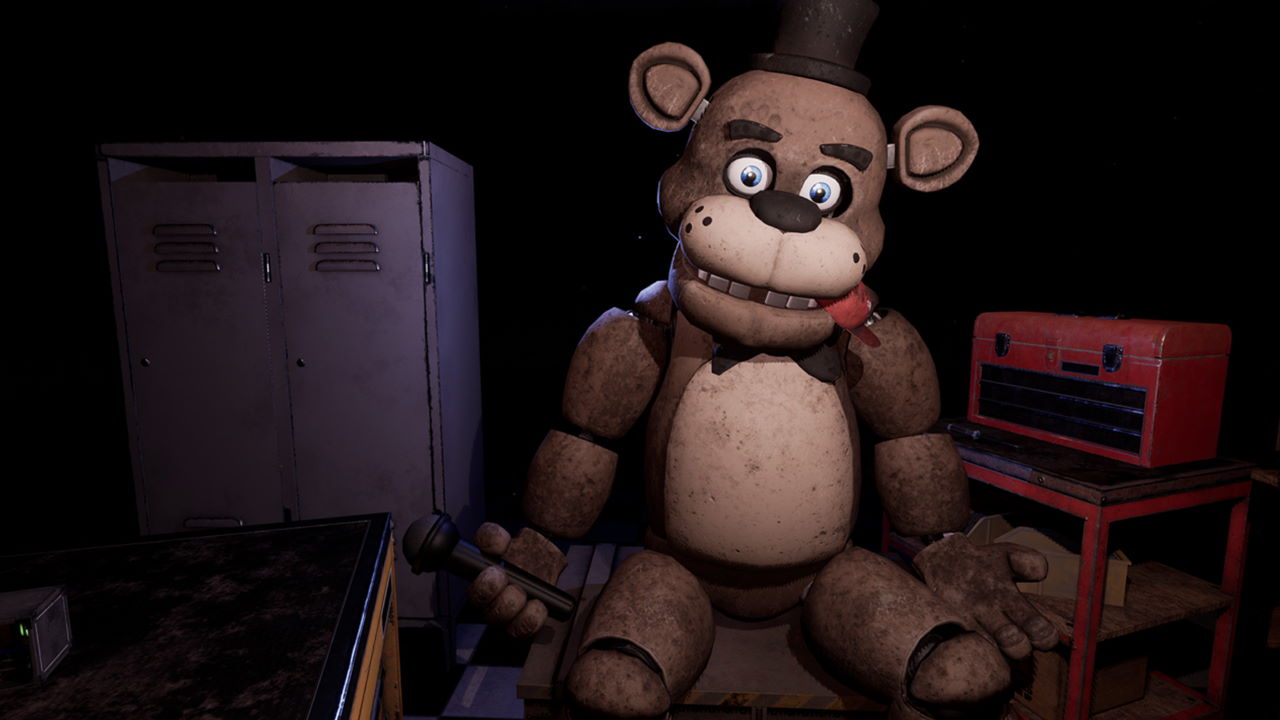 The Five Nights at Freddy’s franchise has seen countless entries over the past few years, from jumpscare-centric horror games to an RPG to an augmented reality mobile game, and literally any one of the other games in the series would have been a better candidate for a Switch port than Five Nights at Freddy’s: Help Wanted. For those of you unfamiliar with the countless outings of Freddy Fazbear and friends, Help Wanted is the seventh mainline game in the FNAF series, not counting the handful of spinoff titles (which are still technically canon, mind you). It’s the franchise’s first attempt at a VR game, and it takes players on a stroll down memory lane, revisiting the series’ most important locations from the first five games. FNAF: Help Wanted was designed from the ground up to be a VR game, and it absolutely suffers in the transition to the Nintendo Switch.

VR games simply don’t translate well to traditional control methods. Some do, like Resident Evil VII or Tetris Effect, but those are designed for standard controls first and foremost with optional VR support on top. Games designed for VR first have to make compromises to work on standard consoles, and that’s exactly what happened with Help Wanted when a non-VR version launched late last year. Now, this already compromised version is compromised even further to run on the Switch’s less powerful hardware. What we have here is a port of a port, and that’s incredibly apparent the moment you boot up FNAF: Help Wanted on Nintendo Switch.

The foundation of the game itself is fine. It’s traditional Five Nights at Freddy’s stuff, micromanaging several things to prevent frightening animatronics from jumping in your face. The core gameplay loop of keeping the plates spinning, rubbing your stomach, and patting your head to avoid getting jump scared by murderous robotic animals remains enticing to this day, and that’s why these games keep coming out. There’s an inherent satisfaction in managing cameras, lights, and doors and surviving each night, which is why it’s so disappointing that the Nintendo Switch gets in the way of all the fun. 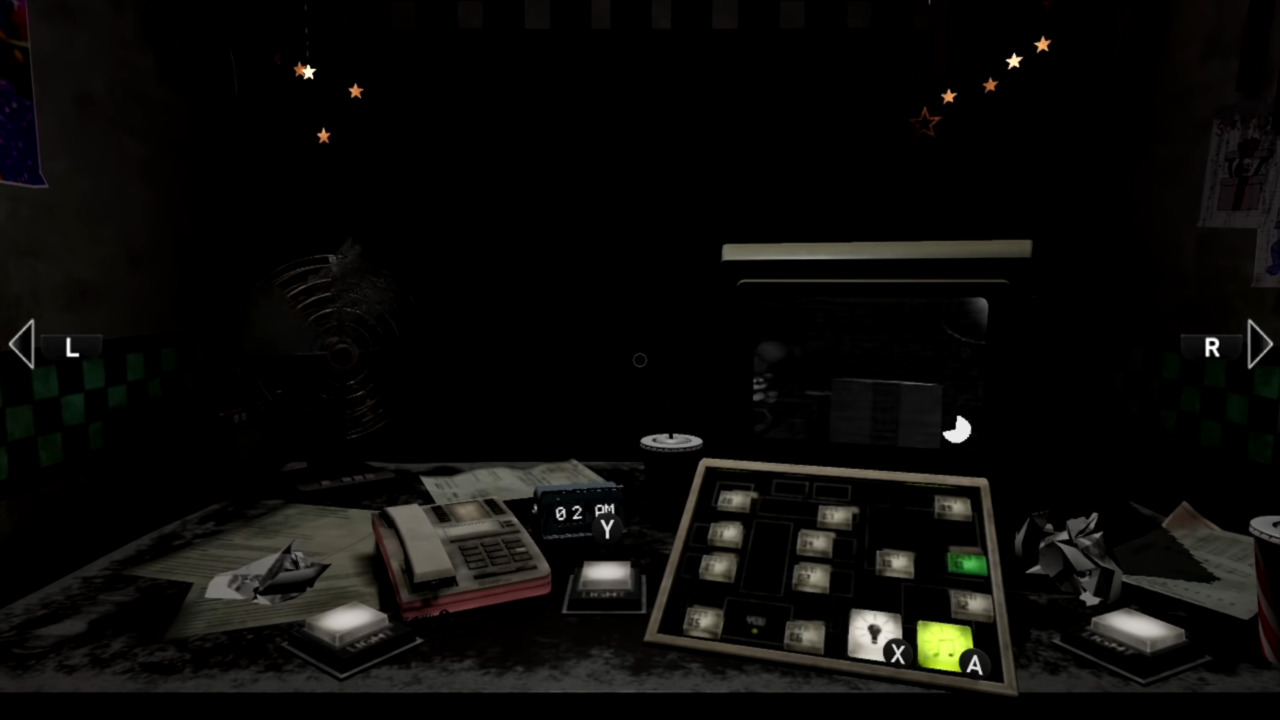 The controls are easily the largest issue with the game. Being designed for VR from the beginning, Help Wanted involves a lot of looking around and interacting with things. Because this version of the game is not in VR, free look is mapped to the left analog stick, and it does not feel great to look around. Looking around with the left stick is sluggish and unwieldy, which is a shame considering you’ll be spending most of your time doing just that. You have to be really precise when interacting with certain things in the environment, and you just can’t get that kind of precision with these controls. Thankfully, you’ll have some key things like door controls and lights mapped to specific buttons during the main gameplay segments, but these shortcuts unfortunately do not apply to most of the minigames.

This concept, and the reason why Help Wanted suffers outside of VR, is best exemplified through the Parts and Service minigames. These minigames task you with performing maintenance on many of the game’s animatronics, allowing you to get up close and personal with the monsters that have relentlessly stalked you throughout the series. In VR, these segments must have been terrifying. It’s just you and the animatronic, together in a dark room, and you have to open them up and make careful adjustments and changes. The slightest slip of the hand could mean death, and I imagine it’s hard to be precise when your hands are shaking from nervousness. On Switch, Parts and Service is about as exciting as picking up a can in Half-Life 2. You just move the sluggish reticle over the necessary item, press a button to interact with it, and that’s the end of it. Any sort of tension or atmosphere is completely gone.

Large parts of Five Nights at Freddy’s: Help Wanted heavily rely on the physicality and presence that come with VR, so the intended effects don’t come across as effectively on a TV or the Switch’s smaller handheld screen. The traditional “survive the night” gameplay part of Help Wanted works, but that’s because those segments are lifted straight from the first few Five Nights at Freddy’s games. One half of Help Wanted definitely needs VR to work well, while the other half still maintains some of what made it great outside of VR. It just sucks that the parts that do work are already available on Nintendo Switch in the form of FNAF 1-4, which are much cheaper and do not come with any of the drawbacks of Help Wanted. 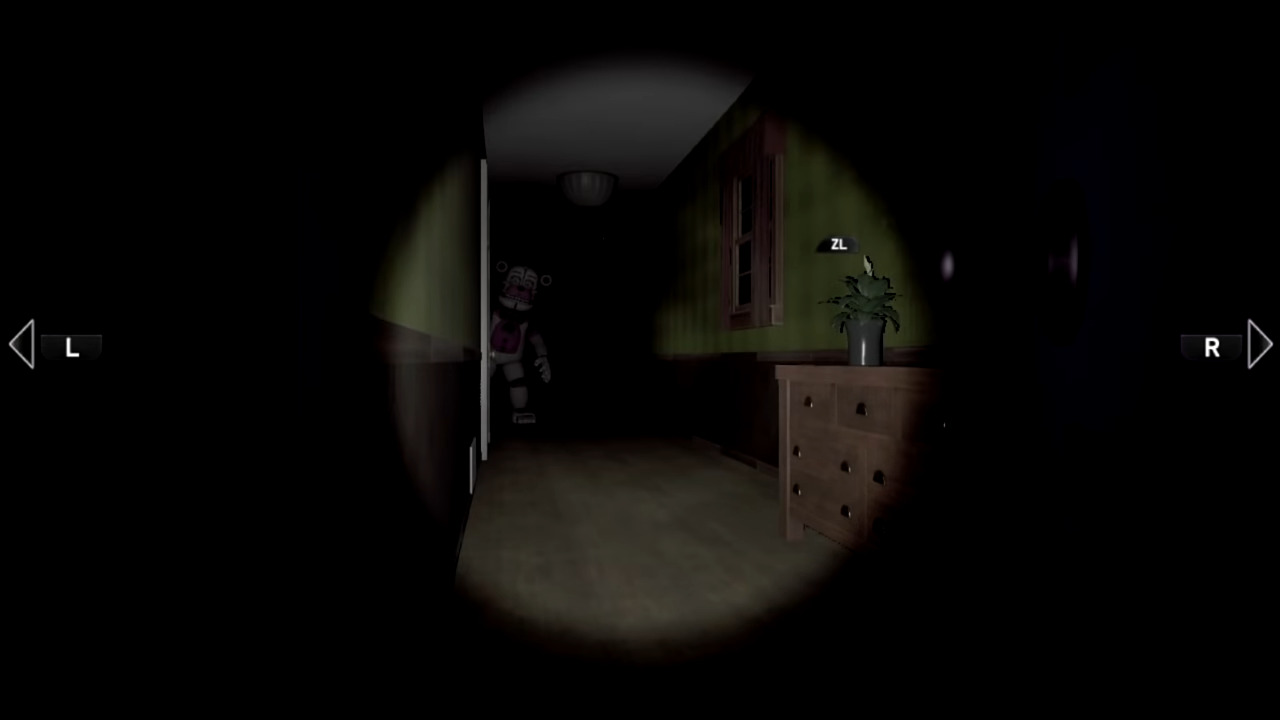 Those are just the problems with playing Help Wanted outside of VR. The Switch in particular makes things even worse. The awkwardness of the clumsy controls is amplified by performance issues. The framerate is all over the place. Sometimes, it’s butter smooth, but it drops significantly whenever things start happening on screen. FNAF isn’t about fast-paced action or anything that would require a high framerate, but the frequency and range of these framerate drops make the experience really jarring. When you combine that with the cumbersome replacement for VR head movement, the whole thing just feels like garbage to play. Textures are also noticeably low quality, and it’s obvious that many corners were cut to get this game running on the Switch. The Switch version of FNAF: Help Wanted is a suboptimal port of the flat-screen version of Help Wanted, which was already a suboptimal port because it couldn’t replicate the feeling of the game in VR.