Take down the gods with a team of eight warriors. 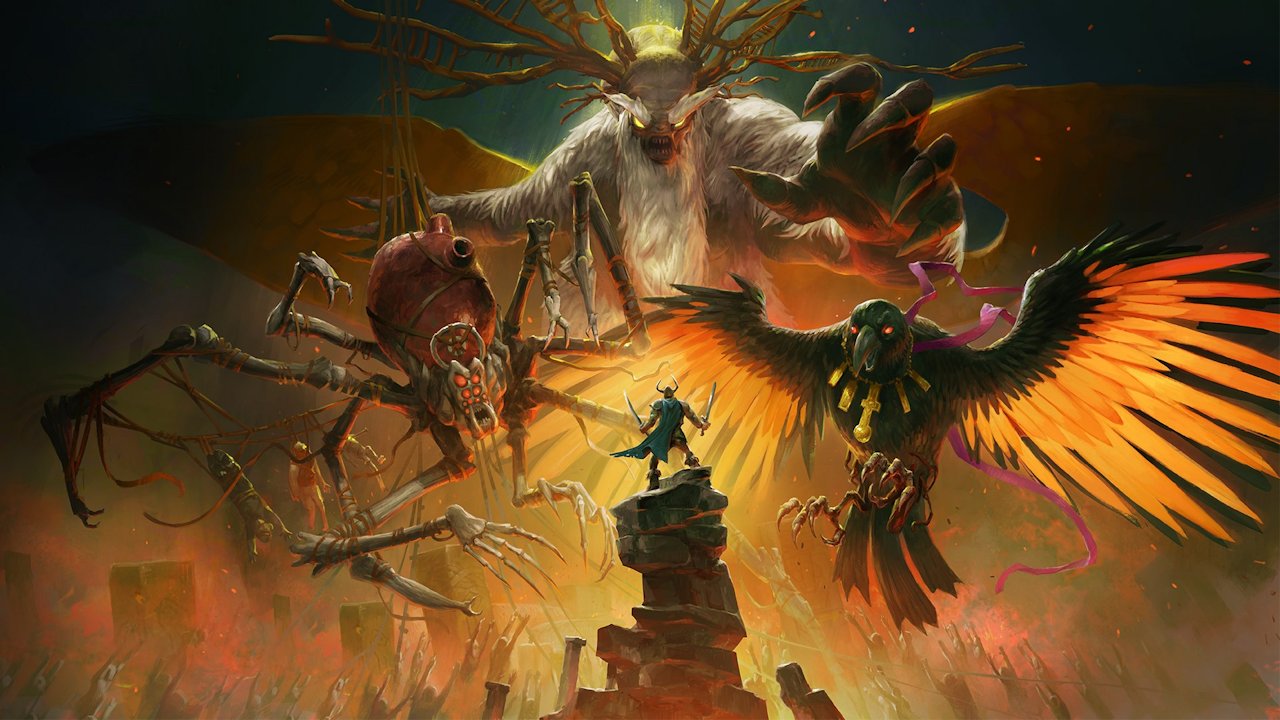 Fantasy based action games where the player has to take down gods are nothing new, but there have been many different takes on the idea over the years across various genres. This has been especially popular in recent years, with the latest being a fairly unique take on the idea from the developer of such games as the Wipeout Omega Collection known as Gods Will Fall.

Gods Will Fall features a pretty by the numbers story, where a group of eight randomly generated Celtic warriors have finally become fed up with the gods that rule over them. These are not benevolent gods either, but rather cruel gods that take great joy in the pain of mere mortals as they reign over them. They set off together on this adventure to take down the 10 gods across one island, with each god being found at the end of their own dungeons.

Developer Clever Beans chose a cartoony art style for the game, which works very well for the fantasy setting. Even with being random characters, the game lends itself to giving them some charm with their character animations and designs. The music for the game is also very fitting for the setting, but isn’t a major standout overall. 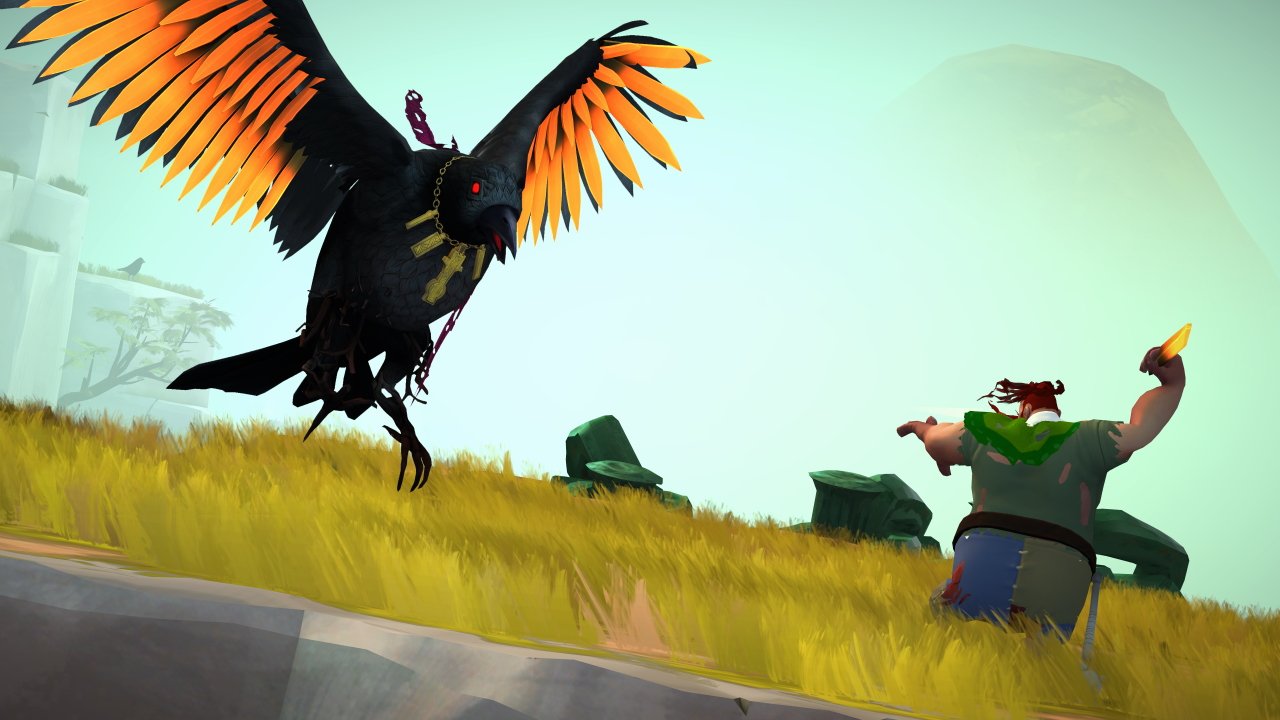 While in the overworld between dungeons in Gods Will Fall, you will have control of your group eight warriors all at once. This can feel a little confusing at first, because you don’t know which character you actually are controlling, but it’s pretty simple once you figure out that the group as a whole just goes in that general direction as you press it. The overworld itself feels pretty barren overall, with it just serving as a means for you to find each of the gods’ lairs.

Once you enter each area for a specific god, Gods Will Fall becomes what is essentially a dungeon crawler. That isn’t to mean that the different areas are standard labyrinths across each one either, as that is far from the case. Each god has a completely original looking dungeon for you to explore while trying to make your way to them, with the level design being different across all 10 and even dependent on when you are playing them. None of these stages are too incredibly long either, so the numerous times you’ll likely be playing through to try and defeat the gods won’t feel as arduous.

Before venturing into a specific dungeon, you must select from one of your warriors that are procedurally generated at the start of your playthrough. These eight warriors vary in weapon type and base stats, which include vigor and speed. Speed is very important, as that can often decide if you can get attacks in on enemies before they can hit you. The slower warriors have other perks though, forcing you to figure out each ones strengths and weaknesses. 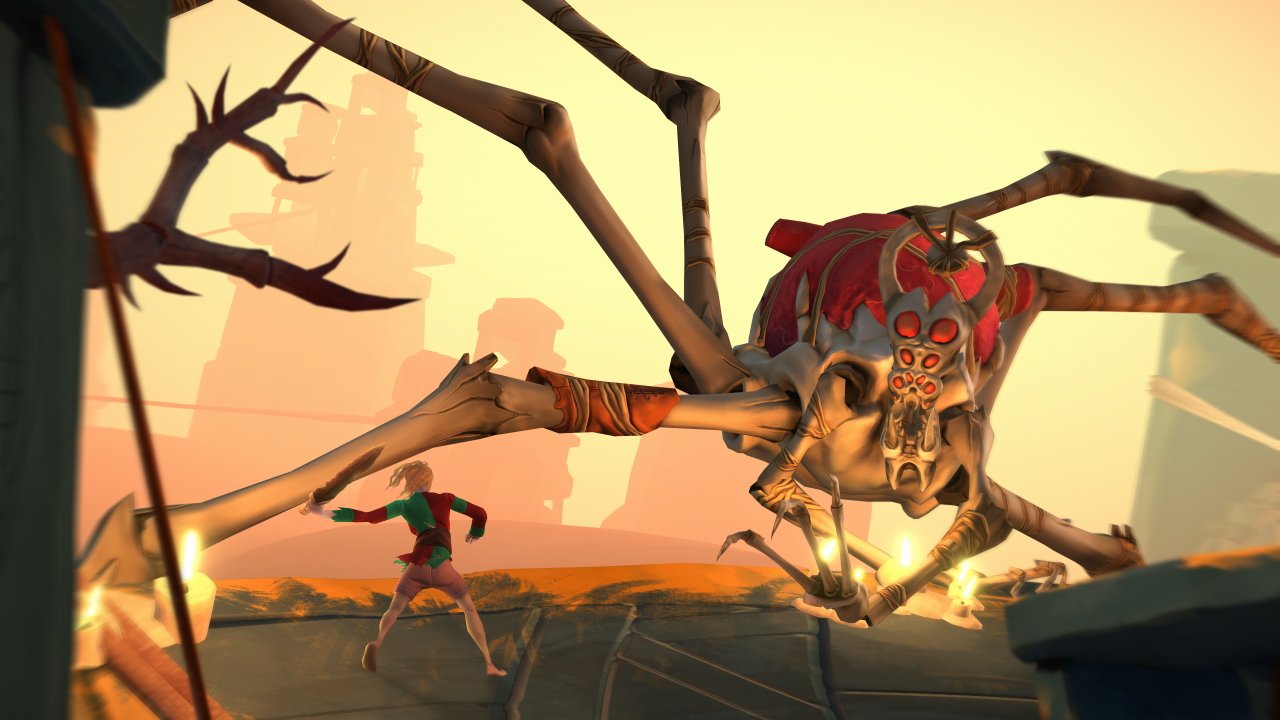 The combat is pretty basic here, with you having a light attack and a strong attack that you will be using most of the time. When enemies drop weapons, you can sometimes pick them up and throw them at the enemy as well. You also have a jump that you can use to make it through the dungeon, along with the ability to dash and parry within the same button. Parrying becomes very important in this game, especially when using the slower characters, as you will need to get an advantage on the enemy without getting hit.

Fighting the basic peons that show up within each dungeon is pretty straightforward, which you having to employ different tactics depending on what type of warrior you’re using. Where strategy even more so comes into play though is with the boss battles that bring an almost Souls like element into the game. You certain have more health, but the bosses are huge and have a lot of health themselves that you have to take out. The bosses vary in the amount of health too, so it’s vital to figure out which gods to tackle first when you are at your weakest. Taking out enemies prior to the boss also reduces the boss’ health as well, so just running through straight to the boss is not recommended.

If one of the warriors perishes while in a dungeon, they then become trapped from that point forward until that specific god is defeated. This basically means that you have eight lives in Gods Will Fall, with each warrior representing one of your lives. One of the interesting features is that some of the warriors are connected and one being trapped can cause another one of your warriors to get a boost, which tries to push you to use that specific warrior next. 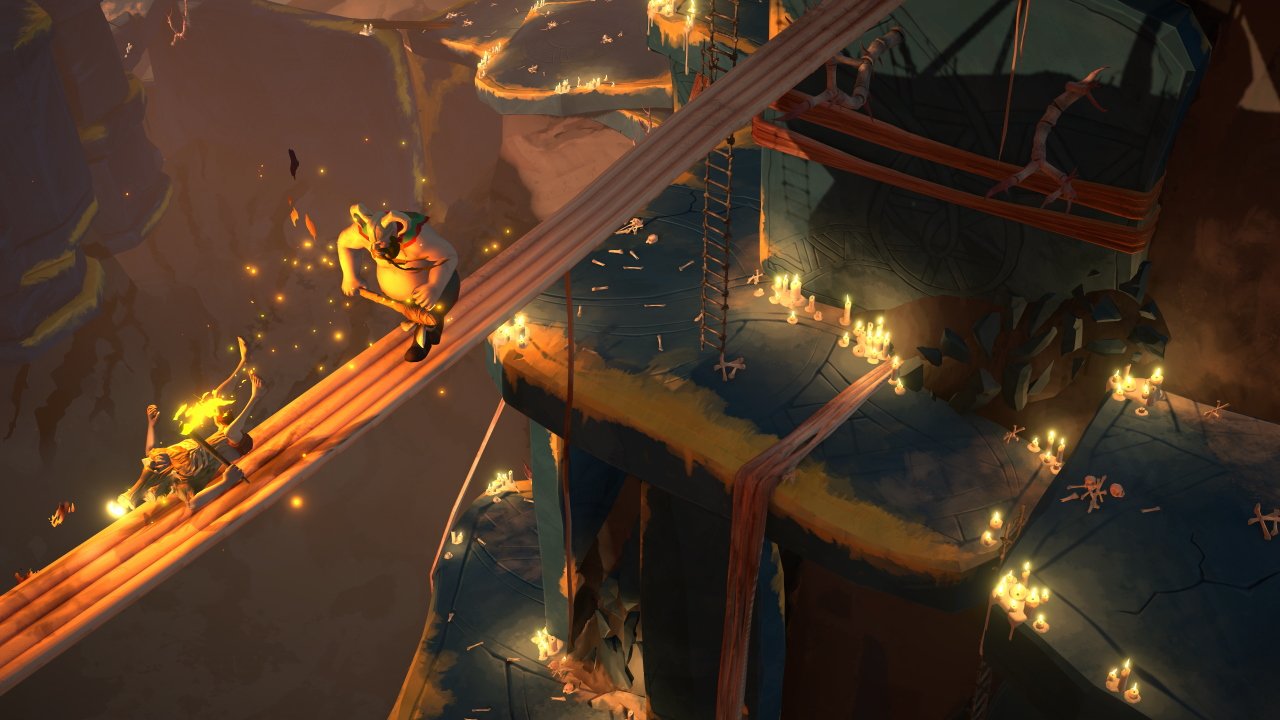 With the gods being very difficult to beat, you may not be able to take them down before all eight of your warriors have been taken captive, which will trigger a game over. This can get very frustrating for players, especially early on, as the difficulty level at the beginning really escalates from the regular enemies to when you reach the boss that very likely will wreck you until you figure out a strategy.

While it’s hard to knock a game for being difficult, Gods Will Fall is a good example of one that feels too unforgiving most of the time due to its random nature. Like with the warriors themselves, the difficulty is procedurally generated every time you start a new game. This means that one experience for a player may be not be too bad and the other may be absolutely brutal. Once all eight of your warriors are dead though, you will get a game over and have to start from scratch with a different difficulty setup all around, which really doesn’t allow you to create any sort of strategies. Roguelikes are designed to not be the same throughout, but the way it is setup here is just not very player friendly. Not only are the aforementioned boss fights really difficult, but it can be way too easy to die accidentally before you even get to the boss. The environments in the game are fine at times, but there are also points where you will accidentally fall or be knocked off a ledge and instantly die.

The interesting mechanic that Gods Will Fall employs to help alleviate the difficult a little bit though is the vigor system. Each warrior has a different amount of vigor, which is represented by a red vigor meter which will go down if you get hit in battle. If the vigor meter is fully depleted, that specific warrior “dies” and gets trapped in that dungeon. There is more to this system though, as attacking enemies increases what is known as bloodlust, which can then be activated to replenish part of your health. This system is pretty nice, as it allows you to make up for your prior mistakes by taking down more enemies to help survive. 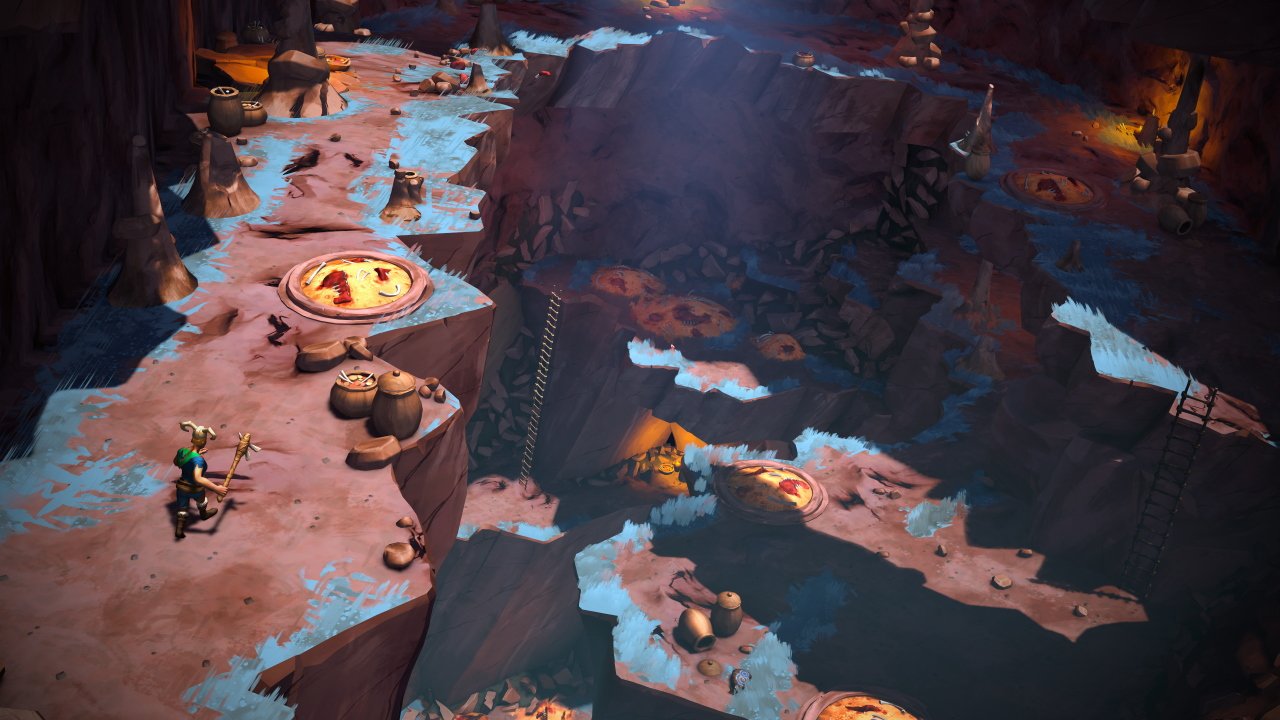 There are also items found scattered throughout the game that you can find or earn to better your characters. Even more important are the skills that you can obtain as well for the different warriors to help, as that can help you take down the bosses over time. However, actually building up certain warriors can be the main problem there with the ease of getting a game over.

Gods Will Fall is a great example of a game that tries to be something unique in a number of ways, but has a little trouble sticking the landing. The setting and combat itself can be fun as your team of eight warriors takes on the gods, but the procedurally generated difficulty setup does not mesh too well with everything else.

While it has some positive elements that may still make it worth checking out, Gods Will Fall’s procedurally generated difficulty hurts itself more than it really helps in the long run.