Guardians of the Galaxy: The Telltale Series – Episode 4 Review

The latest news in the world of video games at Attack of the Fanboy
October 9th, 2017 by Kyle Hanson 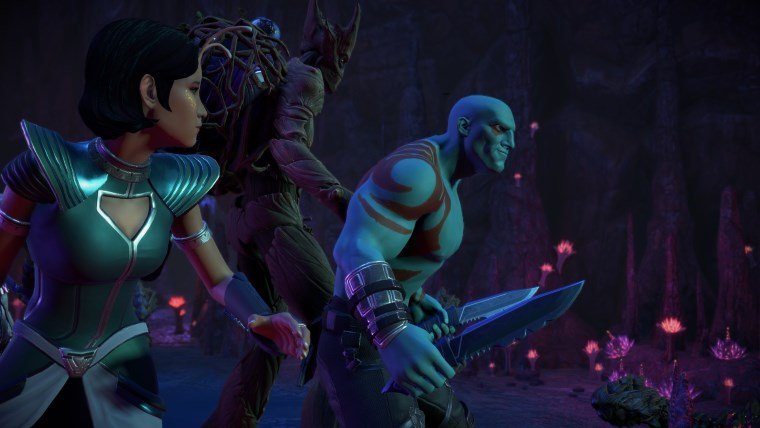 Marvel’s Guardians of the Galaxy: The Telltale Series has so far been one of the developer’s best series in years. Delivering the drama and comedy that Telltale is known for, each of the first three episodes offered something unique, interesting, and fun, while propelling the team through a season long story. Heading into the penultimate episode, Guardians of the Galaxy: The Telltale Series – Episode 4 “Who Needs You”, this looked like it might continue, but Telltale had other plans. Instead we get a more standalone entry that deals with the inner conflicts within the group. A fine idea, but the execution is lacking in a lot of important ways.

Picking up right where Episode 3 left off, our heroes have made an important and difficult choice, and now they are facing the consequences of that decision. Shortly afterward they find themselves stranded inside a vast cave system deep underground. Working together will likely get them out, but all of the tension and drama has come to a boiling point and most of the Guardians are at each other’s throats. Can Peter Quill pull everyone together to save the day, or will the Guardians fall apart due to their own choices and actions? 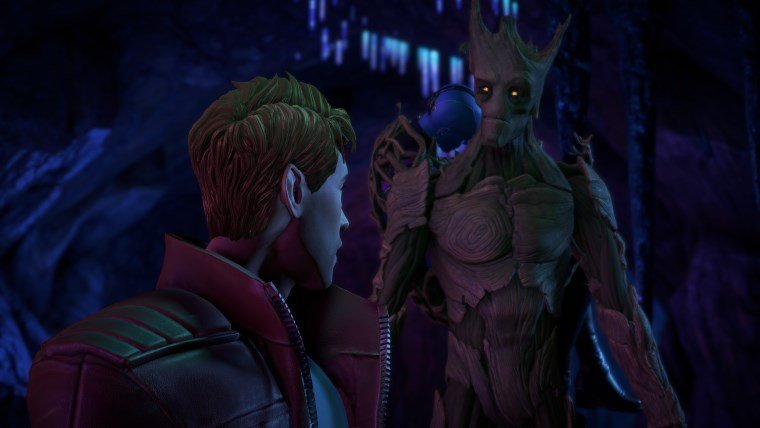 Guardians of the Galaxy: The Telltale Series – Episode 4 is an odd penultimate episode from Telltale. Usually this is where things really kick into high gear, pushing us toward the finale by setting up all the chess pieces. Instead this takes a long diversion from the main storyline to explore the main characters. This would be great, as the characters are what makes Guardians of the Galaxy such a great property, but it’s handled quite poorly here, feeling forced at times, though some standout moments save the experience as a whole.

Guardians of the Galaxy: The Telltale Series – Episode 4 just felt kind of boring at times

Yes, the Guardians have been mad at each other before, but something about being stuck together in a cave seems to bring out the worst in everyone. The problem is that a lot of the fights don’t feel totally earned, especially if you’ve played the game by forming a strong relationship with a character that ends up abandoning you at points. Most of the stuff surrounding Nebula and Drax is fantastic though, and offers some truly touching moments within the narrative. It’s unfortunate that the rest of the episode couldn’t hold it together enough to make these moments stick.

Even outside of the character interactions, Guardians of the Galaxy: The Telltale Series – Episode 4 just felt kind of boring at times. Lost in a cave, which makes for a dull visual experience, there just wasn’t that much variety or surprise hidden within the hour and a half runtime. The big even that sets the stage for the last couple of chapters is so cliche as well, and the solution feels hacked together, rather than a natural extension of the plot. You end up getting handed lists of tasks to accomplish, and doing so will drag the whole episode down. 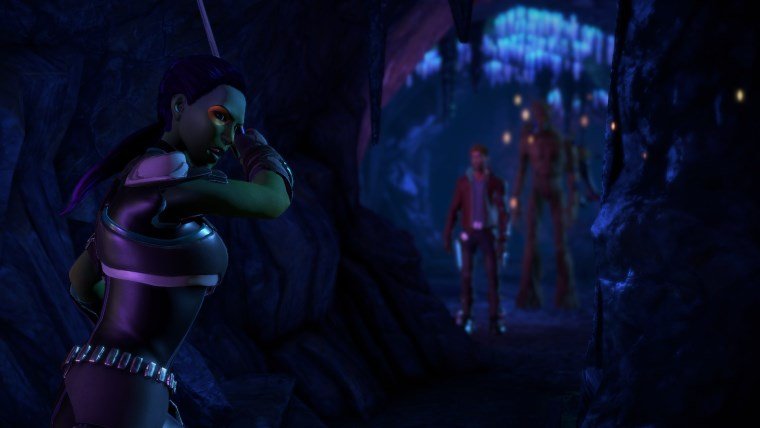 The pacing as a whole is rough, with long stretches of little fun to be had. The key moments do still deliver, but they’re padded with stuff that felt skippable, were there not just a few important character interactions tucked within. For a series that has made its mark with humor, action, and drama, Episode 4 “Who Needs You” feels like one big step backward.

It also is quite clear that the episode is trying to buy some time. The main conflict doesn’t change much, and actually feels tacked on at the end, like our characters had forgotten about the galaxy threatening villain that they’d just escaped from. Episode 5 might set things right, but this one could have been chopped down to fit within the first 30 minutes of it and not much would have been lost.

Outside of the plot everything about Guardians of the Galaxy – Episode 4 remains pretty much the same as the first three episodes. The dialogue usually works well to service the scene, even if the story it is pushing isn’t all that interesting. The graphics are still fairly solid, especially for a Telltale game. Some environments and creature designs are really great, but this is easily the least interesting episode of the series in terms of visuals.Technically the episode worked well, with only a few framerate hiccups throughout my time. The music was a bit under utilized for this episode, with only one major standout sequence.

Guardians of the Galaxy: The Telltale Series – Episode 4 “Who Needs You” doesn’t destroy the solid work that went into the first three chapters, but it does drag this series down quite a bit. Taking some time away from the main plot to focus on the characters seems like a great idea, but it just doesn’t work as crafted here. By the end players will feel like they could have just read a synopsis to figure out where they stood by the end, so that they could head into the finale ready for the real action. With that said, there are a couple of truly well done moments, and true fans will want to slog through the fluff to get to them.

Guardians of the Galaxy - Episode 4