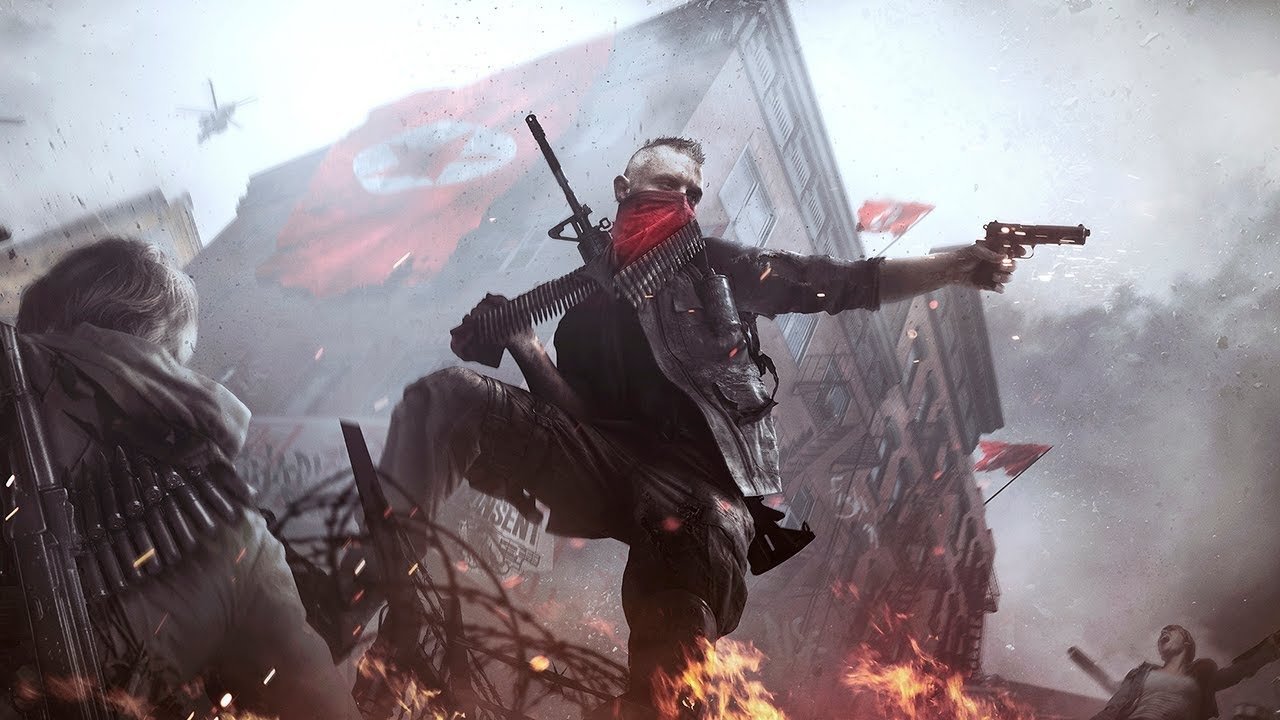 North Korea is without question a very dangerous country, which makes it all the more surprising how it is very rarely used as an opposing force in video games. Published by the now defunct THQ, Homefront took that unique Red Dawn-esque idea to the extreme with a unified Korea that has invaded the US. The rights to the series were passed around a few times following the first entry, but finally a sequel has arrived from a new developer and publisher with the underwhelming Homefront: The Revolution.

While the original Homefront was set in the western part of the United States, Homefront: The Revolution takes a different approach by heading to the East Coast of the US, specifically Philadelphia. This new setting does allow for some world building as the city is under military occupation, complete with soldiers and drones all over the open world city. It is especially neat to see the giant blimps flying above you in these areas, which adds a real level of fear on an even larger scale.

This would have looked even more impressive if the visuals were anything worth mentioning, but instead they feel a little too generic. They still manage to do a good enough job at conveying the contrast between the drab areas of the cities and the more colorful livable locales at times, but the design choices they have made keep it from really standing apart from other games in the post-apocalyptic shooter genre. 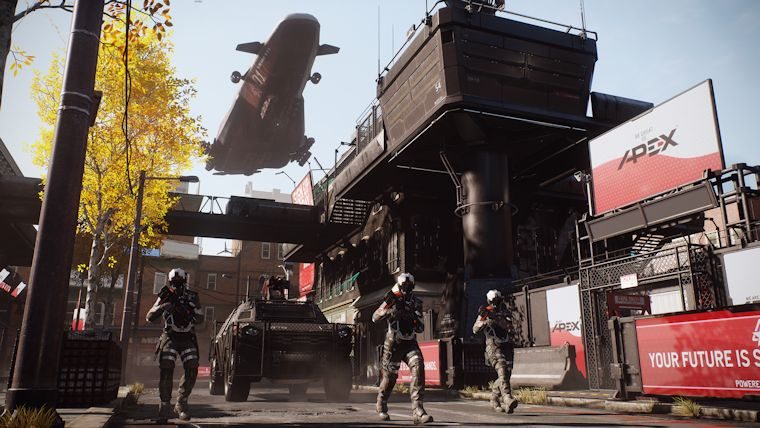 Homefront: The Revolution offers players two game modes to choose from, Story and Resistance Mode, with Story being the biggest attraction here. The military occupation of the US by the Korean People’s Army really sets up for a lot of story potential, but for the most part it is hit and miss in Homefront: The Revolution. The narrative in the game is decent, with the main character Ethan Brady joining the resistance in Philadelphia as they try to take back the city. There are some swerves in the story that do keep you interested, but there are also a lot of cliches found here as well.

The developer made the odd choice to keep Brady silent throughout, even though you can’t rename the character or choose any dialog options. This can work effectively in some games, but for one like this it almost takes you out of the experience. This allows you to essentially feel like you are the lead while playing, but a lack of a real protagonist in this sense can prevent you from truly getting invested in the game.

Story mode is setup in an open world environment that is split into different sectors of the city that you will be visiting at different times. Missions will have you progressing through these different sections of the much larger map, with varying objectives throughout. These range from securing strongholds, taking out certain enemies, and even destroying giant vehicles. While there is some variety here, there definitely is a sense of too much repetition at multiple points. The areas where this becomes a bigger problem are ones that require you to perform smaller tasks to get a percentage meter to 100% before you can advance at all. This almost forces you to take on some of the more collectible like side mission tasks, which seem to exist only to prolong the game.

These side missions are better when they are able to be done by choice, especially the ones where you are essentially capturing territories. Each part of the map is covered by Korean occupied forces that hold some sort of stronghold, such as an apartment, which you must infiltrate and take over. By doing this, your allies will move into those bases and give you more widespread support and less hostile forces to face on the open world map as you venture through what are known as Red, Yellow, and Green zones.

While accomplishing the objectives throughout Homefront: The Revolution, you will get the opportunity to utilize a variety of different weapons from a first person perspective. On the surface, this may seem like your typical weapon setup where you choose a primary and secondary weapon that you can switch back and forth between. However, there is much more than meets the eye here with not just upgrade capabilities, but the robust gun conversion system. 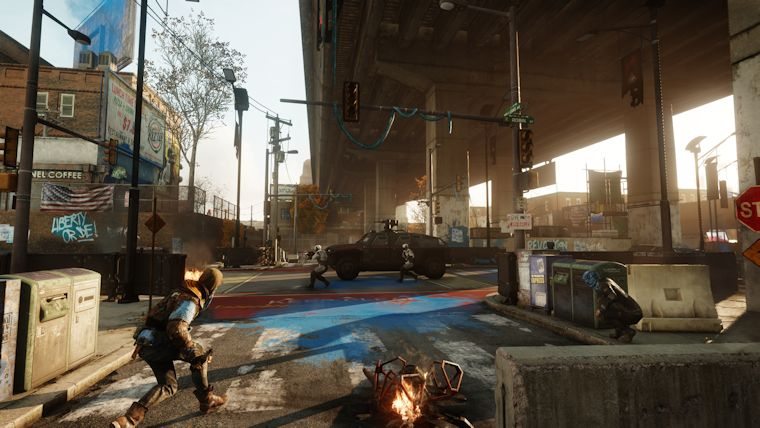 The base gun types found in the game are pretty much what one would expect in an FPS, with you starting off with merely a pistol. By spending earned in-game money, you can then purchase other weapons like an assault rifle, battle rifle, shotgun, or even a crossbow. Using strictly the in-game currency, you can upgrade each of these twice to increase statistics. However, the impressive part is the ability to upgrade each of these to more advanced versions and then switch between them with ease.

The battle rifle, for example, can be upgraded into both a Marksman Rifle and a Freedom Launcher, with you even able to upgrade both eventually. This is done by using the in-game money as well as special upgrade tokens that you earn in the game. Making the game even more involved, each of these upgrades can be further enhanced twice, like the base weapons. While the loadouts to switch between, say a battle rifle and an assault rifle must be made at gunsmith lockers, you can switch on the fly between the different forms of the same base weapon with two button presses, which handles very well in the game. On top of the weapon conversions, you can also use other items like explosives and hacking devices by selecting them on the weapon wheel rather easily.

Homefront: The Revolution is far from a technical masterpiece

With Homefront; The Revolution being an FPS that has such an intriguing weapon-based system, it would have seemed perfect for some sort of PvP multiplayer experience, but the developer instead decided to include only the cooperative Resistance mode. This online game mode allows you to team up with three friends or random players to complete one of six different mission scenarios, with the Attack missions getting four and the Defend missions getting two. These can be pretty fun to play through the first few times, but with such limited mission scenario choices, and it all being against the game’s questionable at times AI, rather than being mixed up with live opposing players, it gets old pretty quickly.

The lack of variety within Resistance is even more disappointing due to the fact that you can tell that a lot of time was spent crafting the other aspects of the mode. The character setup takes some notes from the single player weapons system, though rather than upgrades on the specific gun types, you can earn level based weapons. These weapons along with boost giving equippable gear and consumables can be earned by the purchasing of crates with in-game money earned in this mode, allowing you to gradually improve your character.

Beyond the weapons, there is also a skill tree that can improve your character immensely over time. These are all based on the 23 “background” skills you can choose from at the start, which include ones like Dancer that make it easier for you to avoid fire when on the run. From there, you can upgrade skills in the Brains, Brawn, Fighter, and Survivor categories. This is a really deep system that will be better enjoyed upon getting access to more mission scenarios that have been promised as part of free upcoming DLC. 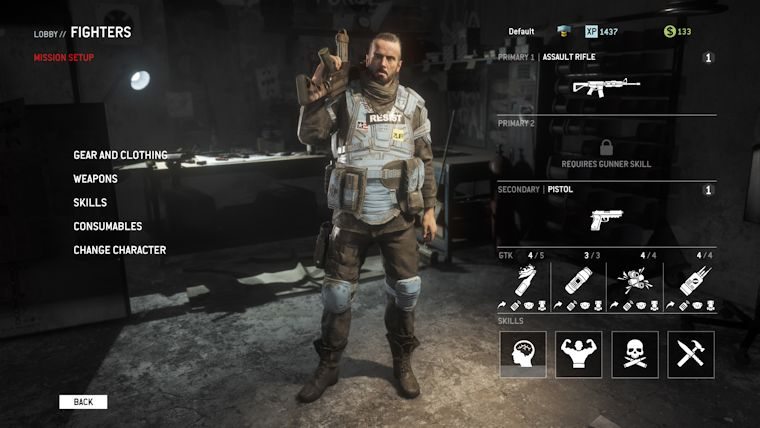 Homefront: The Revolution is far from a technical masterpiece, as it is continuously hindered by stutters and frame rate drops throughout. One of the most prevalent cases is when the game will freeze up for a few seconds after accessing a gunsmith locker or other interactive areas, which seems to have something to do with the game’s auto-save feature. The game also dips in frame rate or downright freezes while traversing the map way too frequently, which is really inexcusable for a game like this. It’s possible this could have better performance on PC, but the game has a number of technical issues on PS4 without question.

Games that go through troubled development periods often have their fair share of problems and Homefront: The Revolution continues to prove that notion. The game does have a lot of potential with a very unique setting and involved weapons system that can make it enjoyable for a little while. However, where it really falters is in the execution as the experience is marred with technical glitches and repetitive missions that make it very difficult to recommend Homefront: The Revolution.