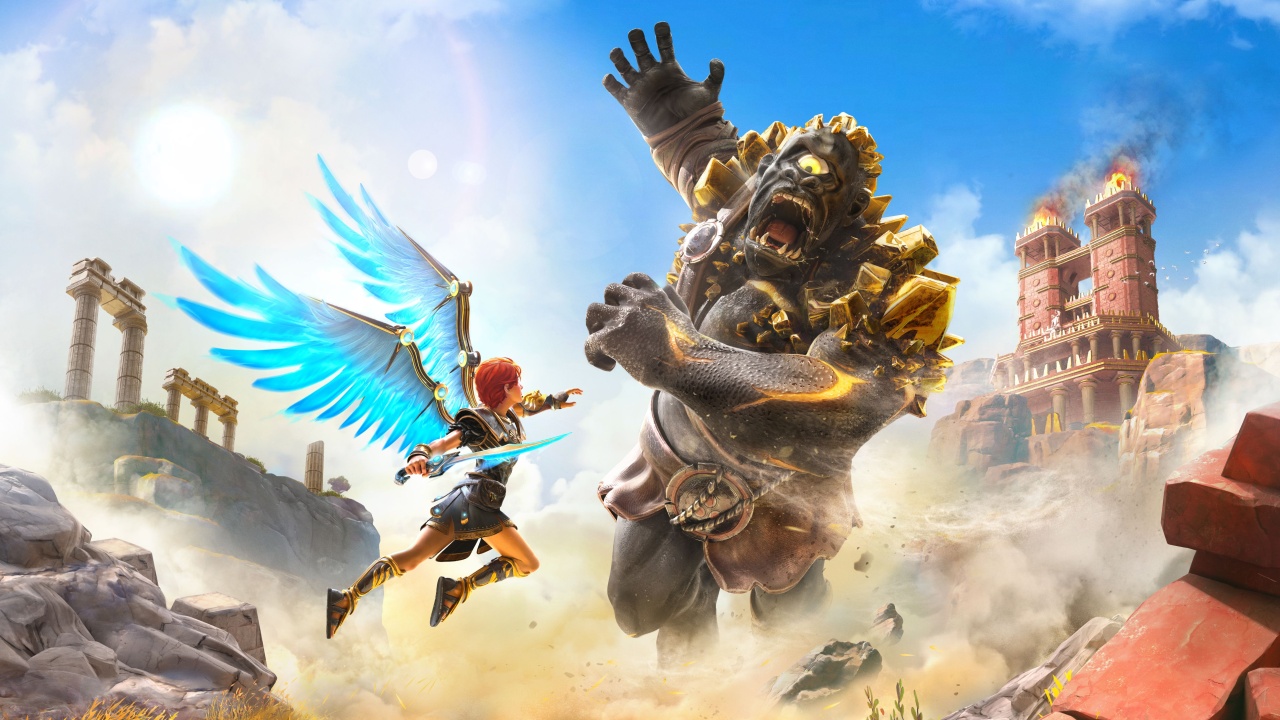 When a monumental game releases to widespread critical acclaim, copycats are sure to follow, which is why it was only a matter of time before games starting coming out that aped the colorful art style and focus on freedom that The Legend of Zelda: Breath of the Wild masterfully executed a few years ago. Some have struggled to find their footing, while others, like the massively popular Genshin Impact, have found success by putting their own spin on the Breath of the Wild formula. Immortals Fenyx Rising is the latest to do so, combining Zelda’s open-world design with the combat and mythology of Assassin’s Creed Odyssey. It’s not quite as compelling a world to explore as the ruined Hyrule of Breath of the Wild, but it’s still a sprawling, colorful playground with plenty of nooks and crannies to get lost in.

Stop me if you’ve heard this one before. This game is set in a colorful open world where you can climb anything and using a glider is the best way to get around. There are self-contained puzzles spread throughout the map, and there are towering structures in each region that can help you scout points of interest and get your bearings. After finishing a tutorial zone where you earn your basic abilities, abilities that you’ll use for the rest of the game without gaining many more, you’re free to head in any direction you please, tackling puzzles and quests in any order you see fit. With just a single glance, it’s very easy to tell where Immortals Fenyx Rising draws inspiration from, but the game does enough to separate itself from Breath of the Wild and build its own unique identity. Sticking with the Breath of the Wild comparison, exploration is the primary focus of Immortals Fenyx Rising, and the game does well in this department. Each region of the map is themed around a specific Greek god, and the different color palettes and landmarks keep the world from feeling samey. Aphrodite’s Valley of Eternal Spring is vibrant and lush, with turquoise streams flowing through verdant fields, while Ares’s War’s Den region is noticeably less cheery. Each region feels distinct and the Golden Isle itself is fairly compact, so you’re sure to see a varied range of landscapes and environments even early in the game.

Hidden in these regions are challenges of all kinds. Vaults are the main draw of exploration and are this game’s equivalent of Shrines. Each Vault features a self-contained puzzle or combat encounter that gives a reward upon completion. Throughout the Golden Isle, you can also find chests with rare weapons and equipment, myth challenges that test your proficiency with specific weapons and abilities, and other collectibles that all have their own uses.

You can just head in a random direction and see what you find, but Immortals Fenyx Rising has a feature called Far Sight which allows you to mark collectibles and points of interest so you can easily find them. While it’s a small addition on paper, Far Sight changed the way I played the game. Breath of the Wild’s sparse landscapes made it easy to spot Shrines and other important locations naturally from the top of a tower or hill, but Immortals Fenyx Rising’s environments are much busier. 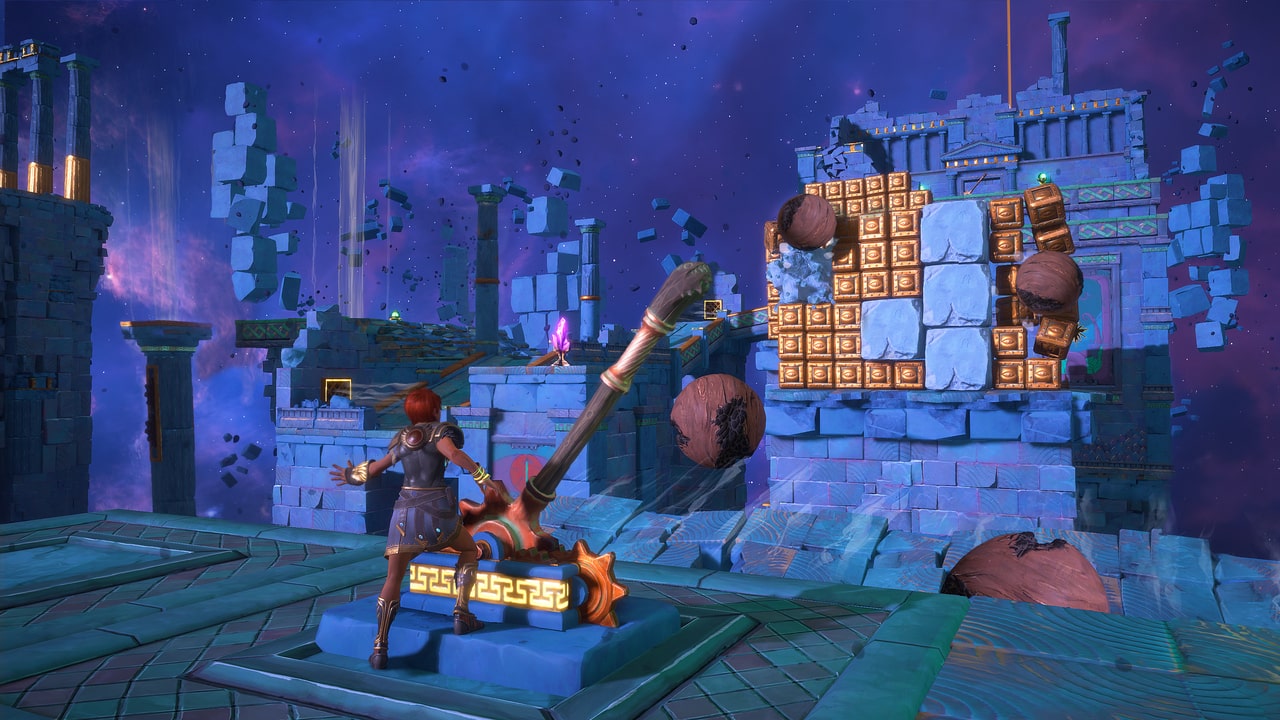 Because there’s much more to find in Immortals Fenyx Rising and it’s all crammed into a smaller map, I got into the habit of climbing to a vantage point, using Far Sight to mark something I needed, and then gliding specifically to that one location before repeating the process all over again. There are still moments of natural exploration where you’ll spot an interesting anomaly in the distance that sparks your curiosity, but Far Sight became a crutch to help me navigate a crowded space filled with all different kinds of collectibles to find. The style of open-world design that this game attempts to emulate aims to steer away from map markers, but being incentivized to use Far Sight to spot “hidden” objects like ambrosia or treasure chests just feels like map markers with extra steps. Because Far Sight tells me exactly where an item is located and exactly what it is, I always felt like I was exploring through a pair of binoculars rather than exploring the vibrant world myself.

The character progression system plays a large part in that. Fenyx’s abilities and stats can be upgraded using various materials found throughout the world, and each material corresponds with a specific type of upgrade. If I wanted more stamina, I’d scout for a Vault so I could get more of Zeus’s lightning. If I needed more health, I’d look for some ambrosia. If I wanted a new skill, I’d set out to find some Coins of Charon. You start to assemble a shopping list of mythological materials, further incentivizing you to use Far Sight to spot the required resource so you can glide straight to it, ignoring everything along the way because those other activities award materials you aren’t immediately looking for. Breath of the Wild kept things simple with Shrines being the main reason to explore and Korok seeds serving as incidental puzzles you solve along the way if you happen to come across them, but Immortals Fenyx Rising complicates things with an entire suite of upgrade materials and gear. 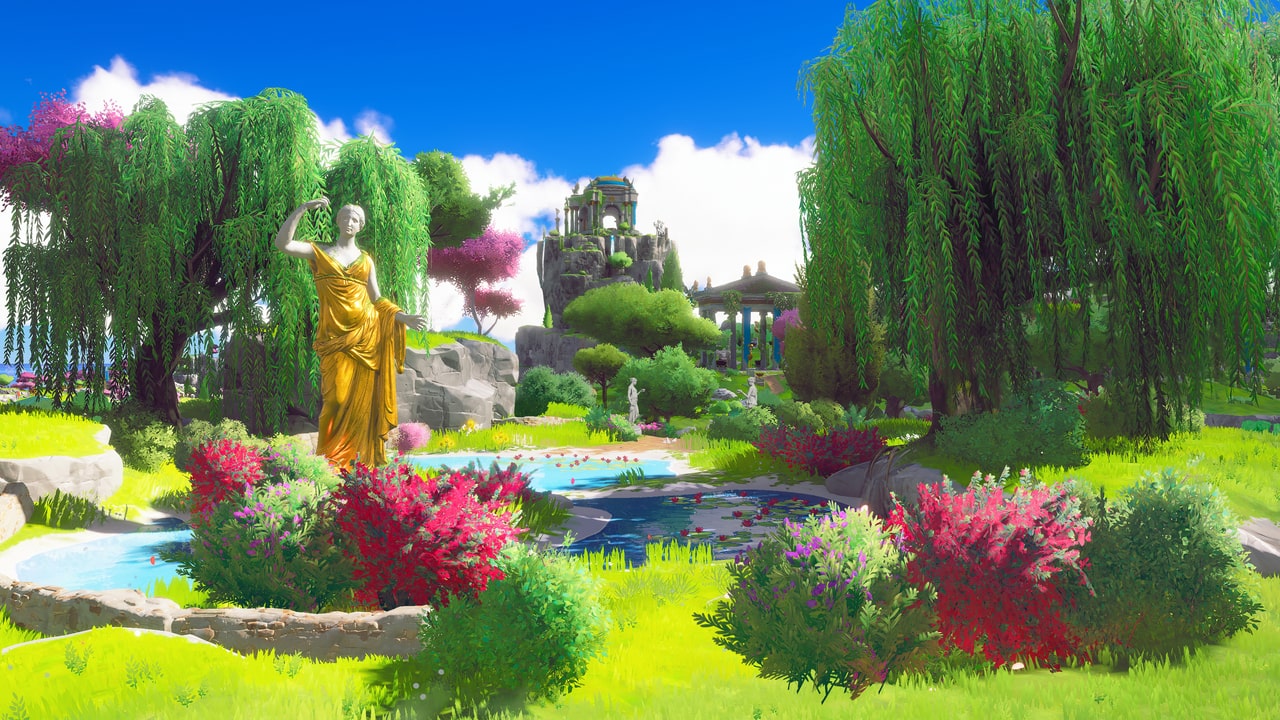 When you’re not exploring, you’re fighting, and Immortals Fenyx Rising has much more combat than Breath of the Wild. It also has much better combat too, and Fenyx’s moveset gets pretty advanced once you gain enough abilities. Your weapons don’t break either, allowing you to get attached to specific weapons that have unique perks that fit your playstyle. Fenyx Rising was clearly designed to be a more combat-heavy game (a soldier even makes an offhand joke about weapons breaking early in the game) and it’s better for it. It takes the template established in Assassin’s Creed Odyssey but adds an aerial layer to it, letting you juggle enemies and keep foes suspended in mid-air with certain abilities. Enemies can also be staggered with heavy attacks, and stealth can give you a leg up in difficult fights and allow you to grab gear guarded by dangerous monsters without a fight. Some of the later battles in the game can get pretty involved, especially on higher difficulties, but having a full suite of abilities with an accompanying armor set and weapons that compliment your playstyle will help you survive.

The story is also surprisingly engaging. Immortals Fenyx Rising offers a much sillier take on Greek mythology than Assassin’s Creed Odyssey. Enemies cartoonishly blast off into the sky when defeated, characters frequently crack jokes, and there are quite a few visual gags. The real stars of the show, however, are Prometheus and Zeus, who narrate your entire journey from start to finish. It feels like the team took all the ridiculous things they learned about Greek mythology when researching for Assassin’s Creed Odyssey and stuffed them into this game. There’s a lot of strange stuff in Greek myth, and there are tons of references in this game for those well-versed in the stories of the Greek pantheon. The characters you meet throughout the story are all just as charming, and while Fenyx is a fairly bland protagonist, the supporting cast does a lot to make up for that. 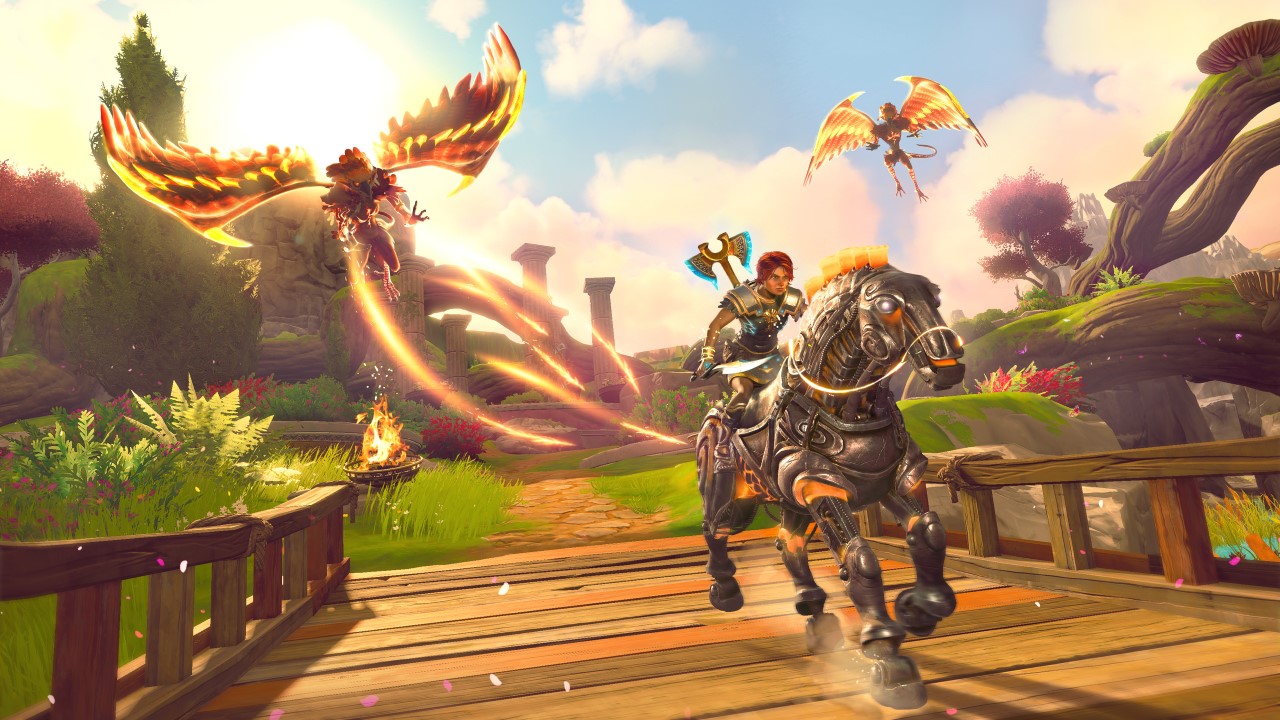 All in all, Immortals Fenyx Rising is a great game that you can easily get lost in for hours. It can’t let go of some of the systems that it takes from Assassin’s Creed and other standard open-world series, but it does enough to break away from that mold and provide an enjoyable experience with an emphasis on exploration. Ubisoft has a knack for creating beautiful, expansive open worlds, but none of them are as compelling to explore as Immortals Fenyx Rising. On top of that, the combat system is satisfying and there’s a long list of unlockable moves and abilities to cater to every playstyle. I just wish there was more incentive to explore the world naturally instead of gliding toward icons of specific upgrade materials and quest objectives.