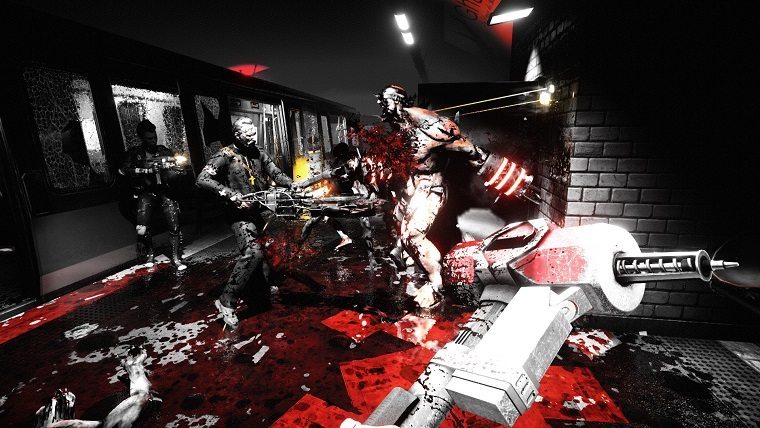 It’s hard to believe that the original Killing Floor has existed in some form for over a decade now, with the original Unreal tournament 2004 mod being created in 2005 and the game’s standalone release happening in 2009. That game was heralded as one of the finest horde-based FPS games on the market, which is a big reason why it’s been able to maintain its dedicated following for all of these years.

However, the game was definitely showing its age, and now all these years later we’re finally getting a full-fledged sequel. It has spent a good while in the early access space through Steam and has gotten multiple updates from its development team at Tripwire, but now we have the long-awaited finished product. Set your worries aside, as Killing Floor 2 improves upon the first in every way imaginable.

That isn’t to say that the team at Tripwire has forgotten the essence of what made Killing Floor a hit in the first place, though, as this is still very much a horde-based FPS where you team up with a group of people to take down disgusting monsters called Zeds. Your only goal is to survive the onslaught of Zeds that come at you in multiple waves, and you’ll earn money (called Dosh) for killing Zeds that you can spend in between rounds to buy better guns and replenish armor and ammo.

This sounds a lot like the first game, and that’s a good thing. However, what warrants fans of the first game picking this new game up is that the developers have learned a lot in the many years developing the original, and they’ve used that experience to create an immaculately-polished follow-up. The game’s graphics and visual design are top-notch and fully-utilize the new engine, with the game’s assortment of maps, weapons, characters and monsters all being meticulously crafted. Just exploring some of the game’s maps is a treat in and of itself, with areas like an opera house, a creepy forest and a gorgeous manor offering multiple memorable areas to journey through. The assortment of Zeds are also suitably vile and pack multiple different attack patterns that you need to keep track of, and the feedback you get from pulling off a headshot or blowing up a group of them to smithereens with a grenade is fantastic. The slow motion “ZEDtime” feature also returns, allowing you to revel in your flashy kills for a few seconds while also getting the jump on survivors.

There isn’t a whole lot that you can really change with a gameplay loop that is as simple as kill monsters, buy upgrades, kill more monsters and repeat, so all focus has been put in making the game’s mechanics as smooth as possible. Killing Floor 2 now features an all-new physics system that has enemies moving in a variety of different ways, with multiple animations making the otherwise repetitive encounters feel fresh each time. The hit detection is vastly improved over the first, as you’ll be able to land shots on specific body parts even during an enemy’s most aggressive movements. This level of detail also goes for the game’s multitude of excellent weapons, with each weapon having multiple reload animations and packing plenty of punch to make them rewarding to use. Melee combat in particular has gotten a big upgrade since the first game, being just as enjoyable to utilize as firearms are now as attacks feel fluid and accurate. 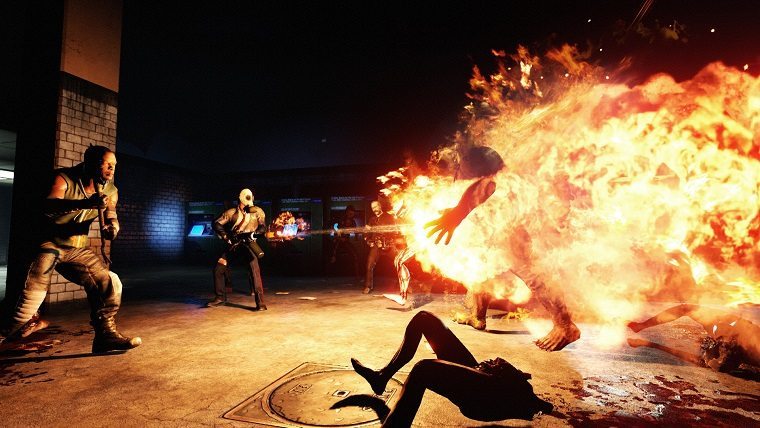 Seeing as there’s no direct narrative to follow it’s very important to make the game’s characters stand out as much as possible, and the game’s goofy cast does just that. These characters will regularly make comments on the maps, weapons and enemies they come into contact with, which is delivered in a b-movie style that oozes with charm. Reverend Alberts is an early favorite, who is a Scottish priest seeking revenge upon the Zeds for killing his flock. His entertaining accent mixed with his hilarious reactions to things like puddles of blood or dark areas are a treat, and other characters bring a similar charm to your adventures, as well. You’ll naturally favor some characters over others, but for a game that’s 100% about shooting Zeds its commendable that the development team managed to make the characters as memorable as they are.

And the best part is that you don’t have to ditch your favorite character just to accommodate a particular loadout or skillset. Killing Floor 2 is a class-based shooter similar to a game like Overwatch, but where it deviates from that formula is by offering classes (or Perks in this case) that you can apply to any character you want. These will impact your weapon loadouts that can include typical weapons like machine guns and pistols to more unique weapons like flamethrowers and lawnmower blades. Each Perk also has a level progression system that has you unlocking new skills every 5 levels, which provide stat boosts that make tackling the higher difficulties more feasible. Mixed with the numerous aesthetic unlocks for your characters and you have plenty of reasons to keep coming back for more.

Boss battles have also returned from the first game, which show up once you have completed all of the enemy waves in any particular match. Bosses will come packing much more health and multiple different moves to deal with, which makes team strategy a must for taking them down in the higher difficulties. While these boss fights are a great way to end a match, they are unfortunately severely lacking in variety. At the time of release there are only two bosses that will show up randomly, and one of them seems to show up far more frequently than the other. This has caused the closing moments of a match to feel a little anticlimactic after you’ve been playing for a while, and having at least a handful of bosses would have remedied that. 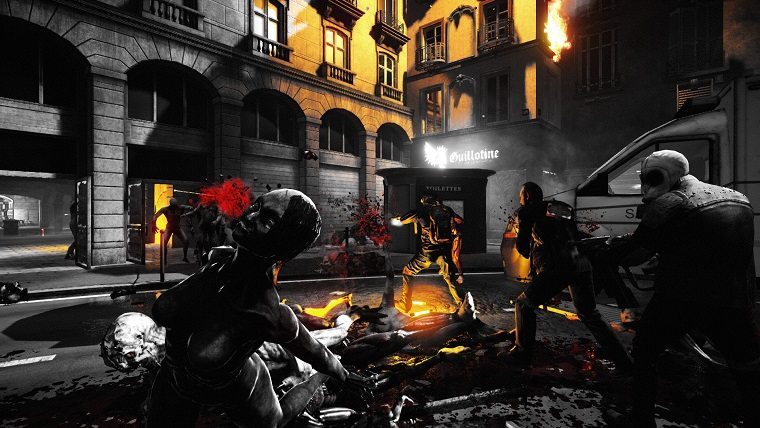 Killing Floor 2’s concept remains simple, but the development team has polished it to a point where it’s always exciting. The attention to detail featured here is rivaled by few other games, and the fantastic maps, weapons and characters offer the needed variety to keep things fresh for a long time. The original Killing Floor still has a loyal following to this day despite its age, but Killing Floor 2 has just made it obsolete.