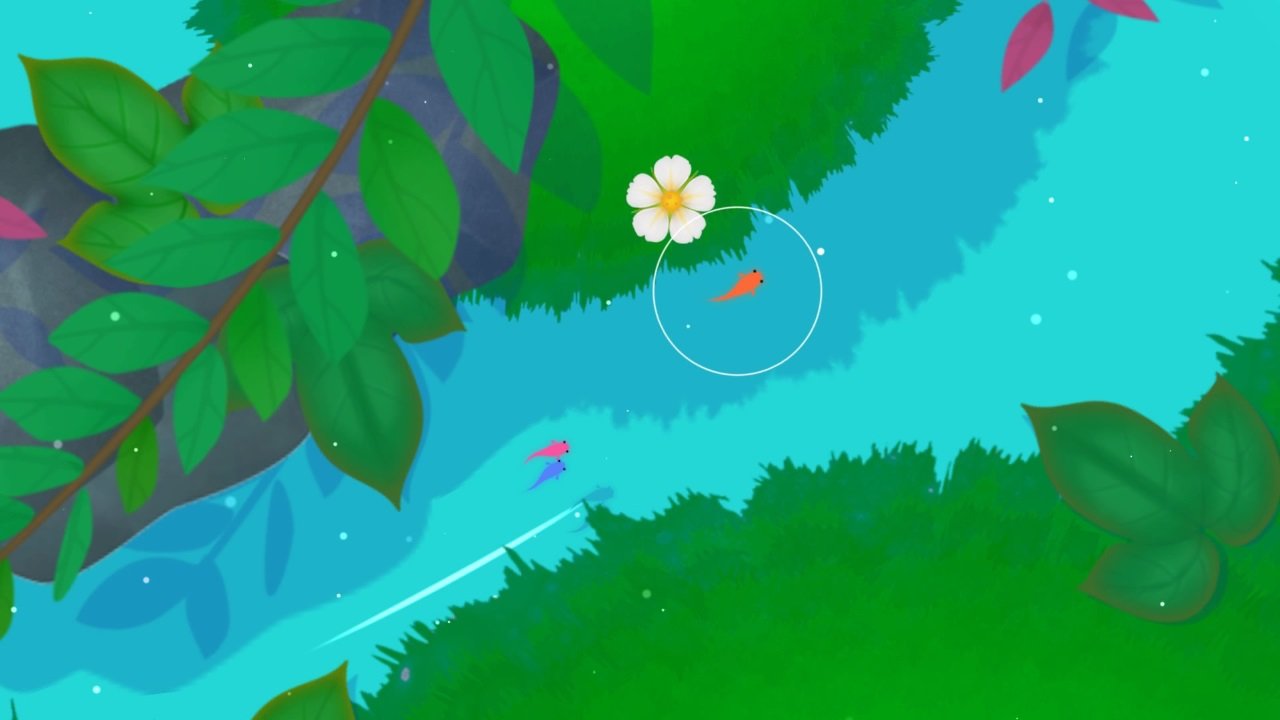 The PlayStation 4 has fully embraced the digital age with a wide array of titles from a variety of different developers all around the world. While the majority of these have come from the US and Japan, China is one country whose developers had not previously released any games in the US for the PS4, likely due to the console ban that was lifted last year. However, that has finally changed with the aesthetically creative, but relatively hollow KOI.

Koi fish have long been used for decorative purposes, especially in parts of Asia where the fish are very common. China first bred them for color mutation, which is what makes it incredibly fitting that KOI would be the first Chinese developed and published game to arrive on PS4, where color plays a big role in the game’s art design.

KOI’s hand drawn looking art style is something that you will notice almost immediately, which fits exceptionally well with the very relaxed and tranquil feel found in most of the game. The colors used for water, lily pads, flowers, and such all gel well together to make it almost look like a painting come to life. The game switches it up as the game goes on with much darker level designs that feature a lack of color in the backgrounds. This allows the colored fish that you will collect to stand out even more, without looking overpowered by the level itself. 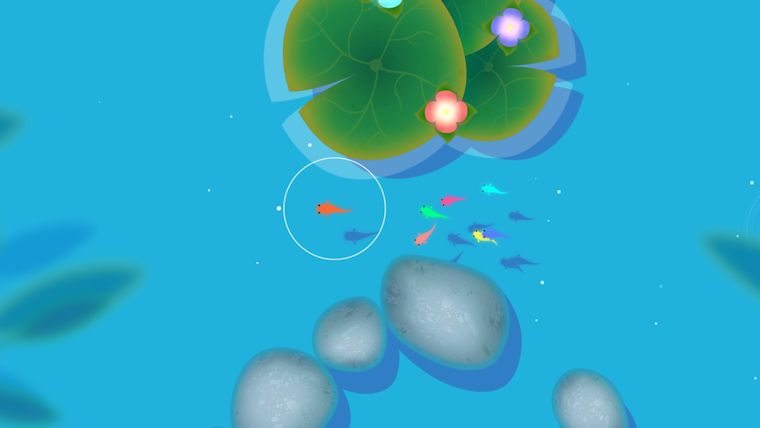 The level design is rather simplistic, as the goal is typically to collect the different colored fish and then take them to the flowers based on their color to then open said flowers. For the first few stages, this is pretty much all you will be doing as you advance and learn the controls. The controls are about as basic as they come, with the left analog stick controlling the fish and the circle button being used to interact with flowers.

KOI also introduces the Black Fish, which serves as the only antagonist of the game, but whenever these fish show up, they are so easy to dodge and avoid that they don’t get in your way too much. The basic mechanic of swimming and opening flowers lasts throughout the game, but the stages do start to add a few new mechanics as you go as well.

In a few of the levels, there will be some mini-puzzles to solve that will let you open a barrier that sometimes houses a fish or just a way to keep going. These include a few “Simon Says” puzzles, a grid based puzzle, and a matching puzzle, with the “Simon Says” puzzles becoming overly tedious. It would have been more enjoyable to see a mix of other puzzles or more fleshed out versions of these that did not just feel like afterthoughts. 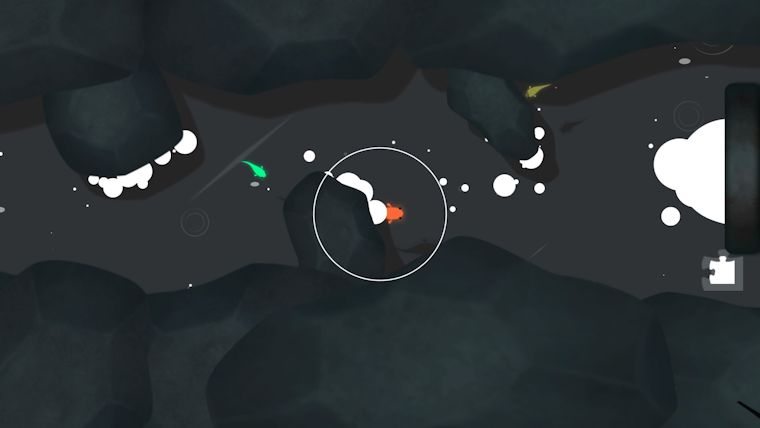 One of the more innovative stages comes later where the currents keep changing, with you having to position yourself perfectly behind rocks to advance throughout this area. However, the AI for the fish are rather disappointing and can become frustrating when they are not following as they should and getting rushed back by the water. While this can be annoying, levels like this and the blackout one definitely showcase the best gameplay that KOI has to offer.

KOI is an incredibly short game, offering only eight levels for you to play

Like with the puzzles, it would have been better to see more innovation in the level design with stages like this, rather than almost feeling like you are just going through the motions instead on most of them. There is very little difficulty found in the game, as even the areas that should be hard are only that way due to issues like the fish AI. While this kind of fits along with the more peaceful feel that most of the game has, it does not translate as well to an actual game.

It also does not help that KOI is an incredibly short game, offering only eight levels for you to play. While the stages are split into multiple parts, the game can very easily be beat in less than an hour. There is also a hint button you can use, but there really isn’t much use at all for it with how easy this game is already. If the game is going to be very easy, it really does at least need to have more stages to where it would prolong the experience. This could have even been accomplished by adding more puzzles into the game, rather than just putting them in so few areas that they felt out of place. The developer did include a few collectibles for you to find in the game, which include puzzle pieces, stars, and extra flowers to open. These are mostly pretty easy to find though, so while it extends the game a little, it still is very short. 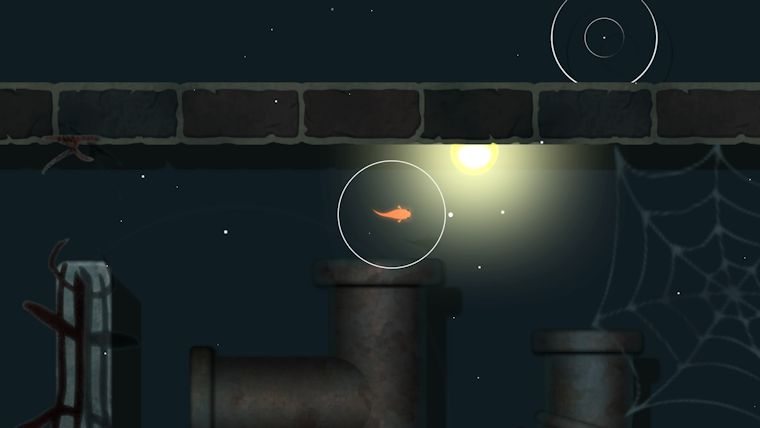 While there are not very many levels to play in the game, KOI offers excellent music to accompany each one of them that helps to fit the overall tone of the respective stages. The early levels are very serene as you easily navigate the waters without much to get into the way. However, as the tension rises in later levels, like with the water currents, the music also picks up and really helps to enhance the overall atmosphere of the game. Some of the best moments involve the usage of the piano, which were definitely some of the standout tracks in the game.

KOI is without question a game that relies more on its look and sound than its gameplay, as the overall design is a perfect fit for such a game, but the gameplay is very lacking. Even though the experience of going through the levels can be somewhat enjoyable the first time, the overall lack of difficulty and the shortness of KOI really makes it hard to justify buying for most PS4 owners.