Life is Strange: Before the Storm – Bonus Episode: “Farewell” Review

The latest news in the world of video games at Attack of the Fanboy
March 5th, 2018 by Dylan Siegler 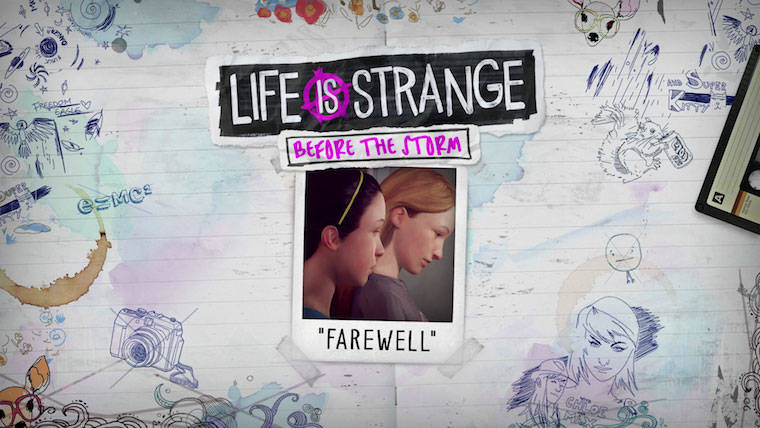 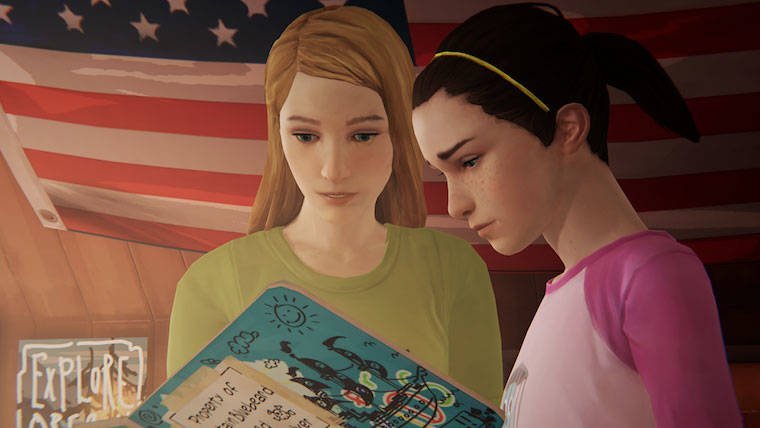 There’s no teenage angst, no super powers, no family drama and no murder mystery. Just two kids messing around, pretending to be pirates.

By its very nature, this episode is pretty much completely fan service. I think this has both positive and negative consequences to it. On the positive side, it’s great because it lets hardcore fans spend a little bit more time in this world with these characters before the next installment switches gears. This episode provides the only real, concrete look into the time in Max and Chloe’s lives when they were best friends as kids, going on adventures and just having fun. This is a time often alluded to in both the first game and Before the Storm, but the only time we’d actually seen it up to this point was when Max went back in time in the first game to prevent Chloe’s dad from dying; not exactly the cheeriest of circumstances. But in “Farewell,” we get to see this time period for what it was to the characters: a simpler time full of fun and fond memories. There’s no teenage angst, no super powers, no family drama and no murder mystery. Just two kids messing around, pretending to be pirates. However, in true Life is Strange fashion, there is an air of melancholy hanging over the whole episode, since the player knows what the future holds for these dorky teenagers.

There are also little references to the first game in this episode, like when Max finds a murder mystery novel in Chloe’s house and mentions that she’d never be able to solve a murder mystery in real life (poor, naïve, thirteen-year-old Max…). The episode also offers some new details about Max and Chloe’s lives that no one would have known before. For example, it was interesting to see that Chloe’s penchant for misbehavior actually started before her dad died or Max moved away. Some of this can be explained away by just stating that she’s a kid doing dumb kid things, like when she and Max blow up some dolls at the very beginning of the episode. Not exactly something you’d think of a straight-A student doing, but despite the fact that this is definitely the most well-mannered and sympathetic version of Chloe we’ve seen to date, she’s also a fourteen-year-old. She also gets in trouble in school, possibly for the first time, after almost setting a classmate on fire, however. While exhibiting this kind of behavior before the tragic events in her life actually take place could possibly debunk my theory that Chloe has PTSD, it can also be justified by the fact that she was under stress from starting at a new school without her best friend for the first time and being bullied, as well as the fact that she had probably just learned that Max was moving away and didn’t quite know how to responsibly react to that. Either way, it gives players a slightly deeper insight into Chloe than they already had, which fans always appreciate. There are also plenty of heartbreaking things to find, like learning that Joyce was planning on switching careers to become a teacher before her husband’s death eliminated these plans. More insights like these into the worlds and characters of great video games are always cool to find. 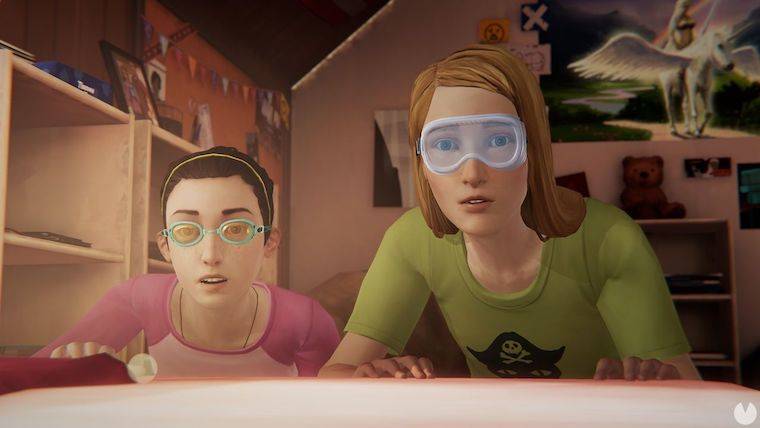 While I don’t think there was anything that I particularly disliked about this episode, I do think that the fan service-y nature of it made it feel less important than the rest of the game and series. What I mean by this is that since this episode is basically meant for just hardcore fans who don’t want to leave these characters yet, it was made to not be particularly important in regards to the main story of either Life is Strange or Before the Storm, so that more casual fans who miss this episode aren’t really missing anything important. Hardcore fans will probably be happy to pay the eight extra dollars that the Deluxe Edition of Before the Storm costs to get access to this bonus episode, as well as a few other extra things, but more casual players probably won’t feel the need to play it.

As a pretty big Life is Strange fan myself, I was happy to jump back into the world and see how Max and Chloe interacted when they were just happy kids, but it did feel kind of weird playing an episode of Life is Strange where nothing is really at stake. The first game had everything from preventing a friend’s suicide to saving a city from a hurricane. Before the Storm was filled with all kinds of family drama and illegal activities. In “Farewell,” you’re kind of just watching kids play pirates. While it is nice to enter a more relaxed setting and see what Max and Chloe’s lives were like before there were high stakes, it’s kind of odd as a video game to be playing through a story where nothing really happens, except for what you already know is going to happen based on your knowledge of the first game and the main story of Before the Storm. It probably doesn’t help that the few choices the player gets to make really don’t make any impact on the story, given that this is a franchise known for player choices.

I think the episode’s unnecessary nature will probably prevent a lot of casual players from being terribly interested in it, even if it is appreciated by more serious fans.

The only other complaint I could make about this episode is its length. In both Life is Strange and Before the Storm, I took my time playing all the episodes so I could get as much out of them as I could. I talked to every NPC, interacted with every object, read every journal entry, everything. Playing this way, it normally took me three to four hours to get through each episode. I played the same way with this episode and it took me about an hour and a half. Again, this episode is just a bonus for fans, so it’s nice to get anything at all, but I kind of wish that this excursion into the lives of teenage Max and Chloe was closer to the length of an actual episode. When I had my brother play through Life is Strange recently, he wasted very little time with extras and pretty much just went for objectives necessary to get through the main story. He got through each episode in about two hours. If he were to play “Farewell,” he would probably get through it in forty-five minutes. Considering this episode costs eight to ten dollars, depending on whether you buy the Deluxe Edition first or upgrade to it later, it feels like you should have gotten more since each normal episode is about six dollars. And yeah, you get more for the Deluxe Edition than just this episode, but let’s be real, the “Farewell” episode is the reason most people got the Deluxe Edition. Mixtape Mode is fine, but if you really wanted to, you could just listen to the game’s soundtrack on Spotify or iTunes or something and not be restricted to just listening to it on your gaming console. The bonus outfits are neat, but they’re purely cosmetic and not something I would normally spend money on. I, and I imagine a lot of people, got the Deluxe Edition for the bonus episode.

I don’t know what I was really expecting with the “Farewell” episode. I knew it would take place before the dramatic turns in Max and Chloe’s lives, so I didn’t know how they would make a full episode free of drama and conflict that could keep players’ interests. Ultimately, I think they did a good job, given the conflict-free premise of the episode, but I think the episode’s unnecessary nature will probably prevent a lot of casual players from being terribly interested in it, even if it is appreciated by more serious fans. 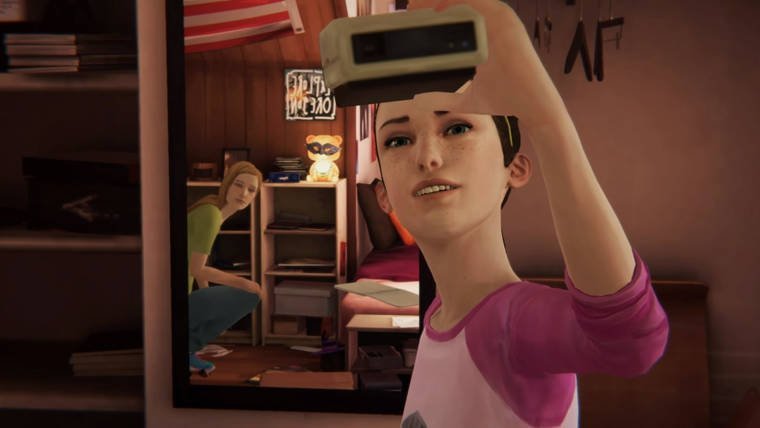 The “Farewell” Bonus Episode is just that: it’s a bit of bonus material for fans who have grown attached to these characters and this world over the past three years. More casual fans of Life is Strange, or narrative adventure games in general, probably won’t find much here, but if you’re a more hardcore fan, this episode is certainly worth a playthrough as it provides a more relaxed and carefree, yet melancholic and tragic, epilogue to the Max and Chloe saga of Life is Strange.

Life is Strange: Before The Storm "Farewell"