The latest news in the world of video games at Attack of the Fanboy
October 23rd, 2016 by Dean James 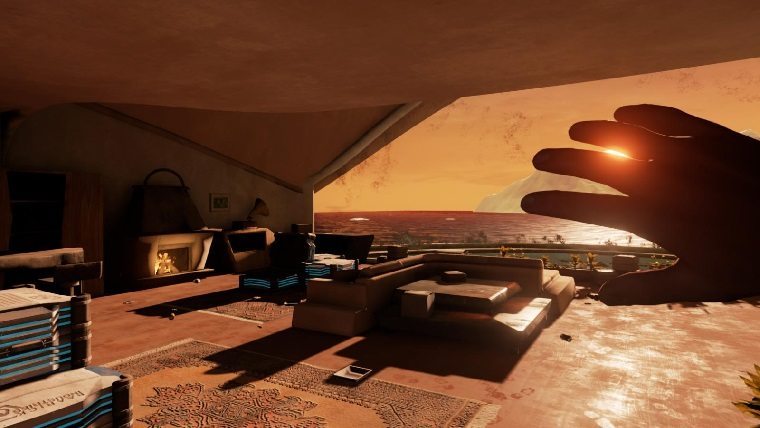 PlayStation VR recently launched and with it came a variety of different style games. One type of game that seems perfectly suited for such a technology is one that mixes adventure and puzzle elements into a first person style view, and Untold Games has tried exactly this with their rather clunky Kickstarter funded game Loading Human Chapter 1.

Loading Human takes an episodic approach that many games in the last few generations have utilized, though it definitely follows a very different episode and price structure from that of others in the genre. The game itself is still rather short at around around four hours, even though it costs nearly double what a season pass for a Telltale Games title would cost. On top of that, that initial cost is only for the first episode, with you having to buy the remainder of the trilogy later.

The game’s tutorial is pretty confusing at the start, largely due to the unconventional control scheme. You can play the game with a Dualshock, but the true VR experience is going to come by using two PlayStation Move controllers. Unlike say Batman: Arkham VR where you are pressing buttons to move from place to play, Loading Human actually gives you control of your movement, which has its upsides and downsides.

Without question, you will want to have two Move controllers to play Loading Human, except for one part of the game where it’s near impossible with those controllers. Each Move controller is literally one of your hands in the game, with you only able to grasp certain items by pressing the trigger button. By holding down the Move button, you will move forward in a straight line. This is simple enough, but turning is one of the most frustrating things in the entire game.

To turn, you will also be using the Move button, though with the controller tilted in different directions. If you press it when it’s tilted to the right, you will move somewhat to the right, and so forth. If you have it aimed backwards and hold the Move button down, you will walk backwards, but if you just press it once, you will turn around. Also, you can have it pointed down to crouch and then upward to stand back up, which have their fair share of troubles as well. The fact that so much is mapped to the Move button makes things way too complicated, as there are often times where you are simply trying to move forward, but instead you turn. This actual system of movement isn’t that bad of an idea as a way to walk around, but it could really use some polishing to make it work much better.

The four face buttons on the Move controller are underutilized as well, with them all serving the same function. By pressing any of them during the game, you’re supposed to get a hint on what to do. However, the problem is that half the time this won’t give you a hint at all, and if it does, many times it is way too simplistic to help at all.

Following the tutorial where you can try your best to get used to this awkward movement, you jump right into the main story, where the lead character Prometheus is completely alone in some mysterious location that doesn’t have much explained to start with. The only interactive character you have is the base’s AI named Lucy, along with talk of your former love Alice that is in some sort of stasis.

After this opening section of the game that introduced what is quite an interesting world in Loading Human, the game actually reverts back to when Prometheus first arrived at this Antarctic base. This includes his first interactions with Alice, as well as his father that is utilizing some sort of Lazarus technology to stay alive, even though he asks his son to go on a 22 year journey to get something that will save him. This serves as a very interesting parallel to the present day part of the story, with the game offering some backstory to how things got there. 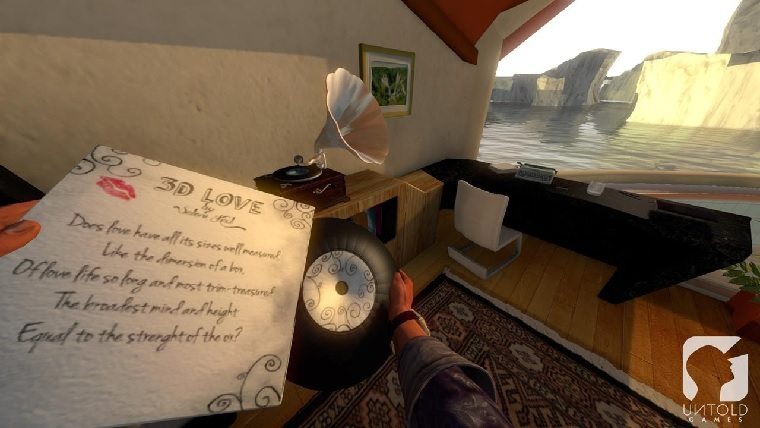 Loading Human at its core really is a love story, as Prometheus and Alice fall for one another at first sight. Their relationship actually feels quite natural and they have good chemistry with one another, but a series of different time jumps after he first arrives at the base is a hindrance to their relationship growth though.

Some potential to be better

The gameplay found in Loading Human basically has you fulfilling a number of different tasks for either Alice, Lucy, your father, or yourself. Along the way, you will be solving a variety of different puzzles, which typically involve some sort of fetch quest. This includes small tasks like just shaving to more extravagant ones like setting up the perfect candlelight dinner for Alice, complete with you actually getting the light the candles one by one. The shaky controls do make some of these tasks quite difficult at times, but you can usually overcome them before long.

There is one particular part of the game that almost ruins the experience altogether, which comes during a few training simulations that Prometheus is put through. This one in particular has you inside a little ship where you must fly through a long series of rings. This wouldn’t be too bad, but you don’t just move the Move controllers, but rather have to grasp an accelerator and a joystick to move the ship. The problem is that the joystick does not react well at all from the Move, which makes it near impossible to complete this section. Thankfully, you can reset the game and do it with a Dualshock 4, which still isn’t all that easy. There is certainly a problem when playing this portion with Move controllers can be more frustrating than the ring section in Superman 64 even. 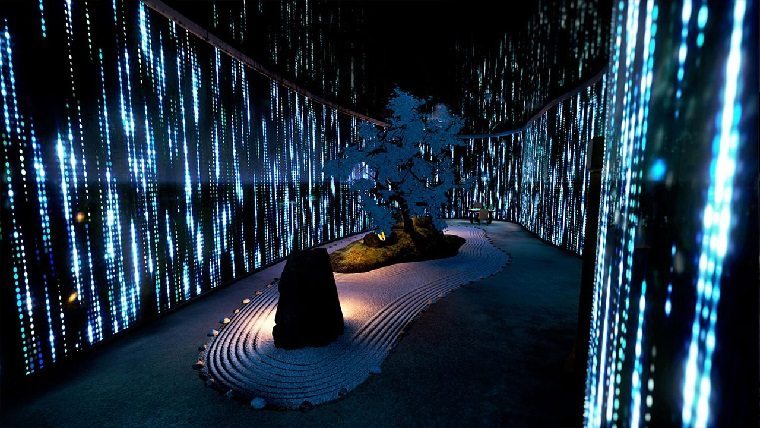 PSVR games are far from the best looking games on PlayStation 4 due to limitations involving the technology, and Loading Human itself is rather hit and miss in that department. Some of the environments and character models look okay, but the general look of the game doesn’t feel refined enough. There are some standout locations though like the Greenhouse and Zen Room, which feature greenery and usage of water that mesh well with the world found in the game.

Adventure style games are perfectly suited for PSVR and Loading Human Chapter 1 manages to succeed in a few ways, but disappoints in plenty of others. The story, albeit short, is solid enough to keep you interested, though how it unfolds in subsequent chapters will truly decide its overall impact. The controls do have some potential to be better, but they are too clunky and unresponsive to make completing even simple tasks not feel like a pain, causing Loading Human to be a frustrating experience overall.