Following it’s release last year for PC, Lone Survivor: The Director’s Cut from solo indie developer Jasper Byrne of Superflat Games and ported by Curve Studios has now made it’s way to the PlayStation 3 and PS Vita as a cross-buy and coss-save title.

At the core Lone Survivor: The Director’s Cut is a surrealistic survival horror game. Strange dreams and hallucinations will have you questioning your character’s sanity and the truth as he makes his way from a dark and enemy filled apartment building to street level and perhaps freedom. 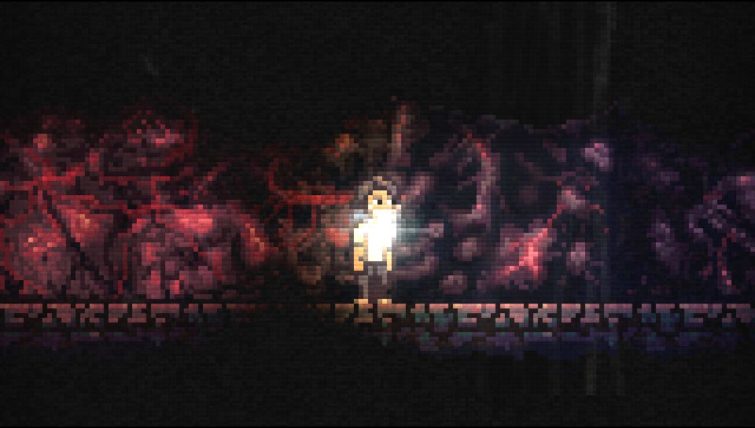 Lone Survivor: The Director’s cut looks simple at a glance but is still a very deep game. Navigation is side to side walking with zero platforming elements, you simply walk along finding and entering doors as you go which take you to more hallways. Every area in the game is presented in this simple 2D manner.

Combat is executed with a handgun which allows the player character to shoot in three directions. Straight forward to attack the chest as well as diagonally up and down to hit your enemies in the knees or head. Diagonal shots need to be fired at close range where missing can have deadly consequences.

If you choose to engage enemies (especially groups) rather than avoiding them via hiding and baiting or dazzling them with flares – it is best to save first as you can easily be stun-locked to death if your enemies surround you or simply get too close. It is easy to enter a loop of becoming stunned, attempting to level your weapon, becoming stunned again and then finally dying but with some crafty movement and good access to save points this behavior is only minimally stressful.

Fans of indie games, experimental narratives and the horror genre are the most likely to enjoy Lone Survivor

The shooting controls are unforgiving and while this adds to the atmosphere of suspense and terror it also adds to your frustration as you fight with the game to get it to do what you want within a reasonable timeframe. When surrounded the game will often focus on a downed enemy rather than the one you need to shoot making deft movement and aiming when confronting groups of enemies very difficult. The time honored clichè of using limited controls to enhance the feeling of horror and powerlessness is still alive in Lone Survivor and performing an attack to the head or knee from a distance is impossible, making combat exclusively up close and personal.

Survival elements include the need to eat which will stop your character complaining every few steps of being hungry. Unless you sleep frequently and waste away the days the player will never be left wanting for food though. Fatigue requires you to head back to your apartment using the nearest warp mirror to sleep periodically which also serves the purpose of saving your game. 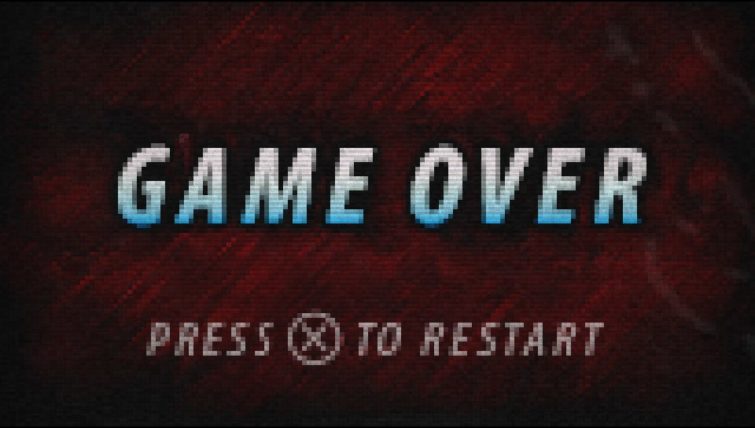 The story of Lone Survivor will not appeal to everybody. The slow trickle of information and constant allusion to greater truths can leave a more impatient player frustrated with a world full of people who seemingly only know how to speak in code. Standard horror tropes are abound and instances of unfortunately standard objectives such as “head to the basement to turn on the generator” don’t do much to set Lone Survivor apart from the pack of indie horror games which are available these days.

Players who invest themselves in the story and look to find the meaning behind the game’s different endings will find something deeper than your standard zombie jumpscare thriller has to offer. 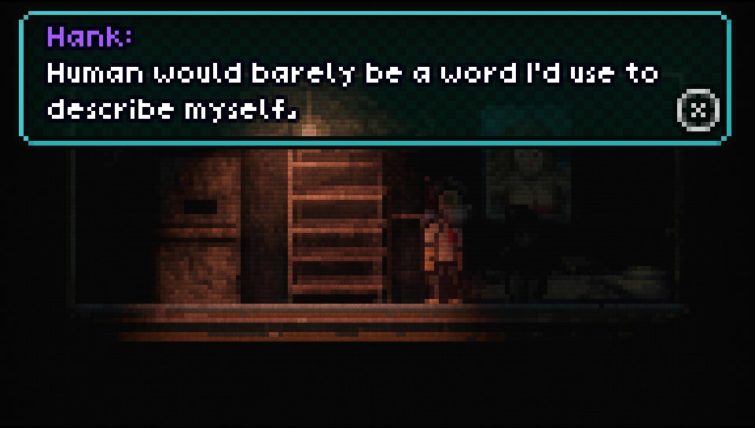 The art design is unique and enjoyable but not without issues. The sprites used are tiny and blown up to the point where what might be one pixel at a normal resolution now takes up a great deal more space than it conceivably should. While this creates a nice low-resolution look which contributes to the dark and unfocused visuals it also has the effect of making the play area available absolutely minimal and rendering the game’s text rather unpleasant to look at sometimes.

Lone Survivor’s hallways are a clutter of doors which at times seem to defy conventional navigation and make traversal confusing. Representing a three dimensional maze of hallways in a very limited and often similar looking two dimensional manner is one of Lone Survivor’s biggest downfalls, although thankfully you rarely need to get somewhere particular in a hurry.

Sound design is one of Lone Survivor’s greatest strengths. Moody howling winds and dark synthesizers mark your traversal and peak when confronted with enemies. Lo-fi guitars punctuate important cut scenes with some surprise vocals having a great effect. Sound effects for enemies while simple are piercing and appropriate. 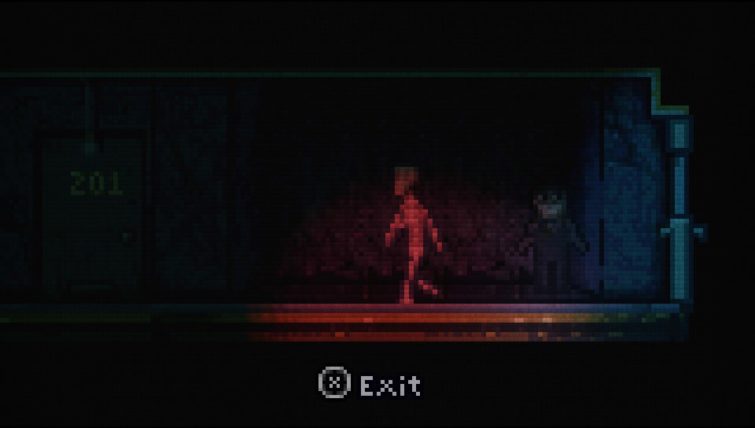 Too Tough To Die

Of the two versions the PS Vita edition is superior in a few ways. For one the PS Vita’s resolution is lower than your standard 1080p television and therefore presents Lone Survivor’s pixel art in a more pleasurable manner. When playing on your PS3 without using the game’s scaling option to make the image smaller than your television’s viewing area the visuals suffer greatly and are blown up to a comical and pointless scale. For best effect on the big screen you will be playing with a great deal of black space around the actual game area.

Cross-save is as pleasant as usual with the game easily uploading and downloading progress from the cloud so you can take your adventure on the go or bring it back to the living room.

Fans of indie games, experimental narratives and the horror genre are the most likely to enjoy Lone Survivor in spite of it’s complications while anyone looking for a casual and easy title may want to steer clear.

Lone Survivor is a short game clocking in at around five hours for completion of the story. Difficult navigation, a cerebral story and unique gameplay make Lone Survivor: The Director’s Cut most suitable for people with a penchant for punishment. Those looking for an action packed jaunt through zombie filled catacombs need not apply.