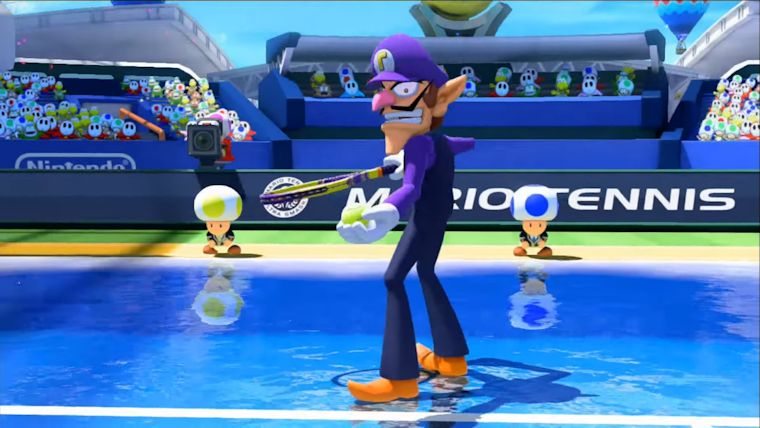 Mario may be most renowned for his platforming prowess, but that doesn’t stop him from taking a break to play some sports with friends, with the Mario Tennis series being one of the most well rounded of all. Skipping a brand new game on the Wii entirely and instead focusing on the handheld side, the series has returned once again to consoles with the very lacking Mario Tennis: Ultra Smash.

The Mario sports outings have always featured a more arcade-like feel, while still offering fairly authentic gameplay. Mario Tennis: Ultra Smash continues this trend by taking the real world tennis gameplay as a basis and building upon that with just the kind of zaniness you’d expect in a Mario game.

While something like Tennis within Wii Sports was such a hit for its motion controls, the New Play Control port of the Gamecube’s Mario Power Tennis on Wii struggled with this. As a result, motion controls have been left out of Mario Tennis: Ultra Smash entirely, which allows for a little more preciseness in the gameplay. Instead, these controls are pretty simplistic, largely using the face buttons and analog stick within each match.

Mario Tennis: Ultra Smash performs very well on the Wii U, with fluid gameplay that makes movement on the court a breeze. The game’s variety of different shots and enhanced Chance Shots, including the new jumping and Ultra Smash, require responsive controls, so this really helps to enhance the gameplay itself. These different shot types also allow you to mix up your strategies, depending on the opponent or court type.

The court types play a big role in how any single match in this game shakes out. Starting with only three court types at first, you can rather quickly unlock six more that make playing with friends a lot of fun. The Mushroom Court and Rebound Courts are particularly fun, as they are different and build on the very over the top nature of the gameplay, with the Morph Court taking all of the different courts and mixing them into one crazy dynamic court.

While the court types are satisfying in selection, the character roster is not. Starting with a base roster of 12 playable characters, only four more are unlocked. There are so many more characters that should have been added, especially over ones like Dry Bowser. Each technically has a more powerful Star form that can be unlocked as well, but there is nothing visually different about any of them with that.

The character selection is far from the only area that feels like a minimal effort, as the rest of the game itself feels incredibly bare bones. The game modes found here are few, with most of them feeling like they could have really been put under one “Play Now” type of game mode.

Classic Tennis is the most basic of the modes, where you can choose between the Standard version that includes Jump and Chance Shots or Simple that removes both of those for a more realistic experience, though there isn’t all that much difference between them in the long run. There is also of course the ability to play these are Singles or Doubles, with players able to be made up from human or CPU Players.

Mega Battle takes up half of the main menu, which makes it seem like it is the big attraction here. However, it is normally more than Classic Tennis with one powerup, the Mega Mushroom, thrown into the mix. The Mega Mushroom is a fun addition, but they should have done so much more to make this stand out, perhaps with other items or something to make it feel distinct. The game hindering transformation animation that occurs every single time anybody on the screen gets a Mega Mushroom can also get very frustrating, as it happens again and again.

The biggest disappointment in Mario Tennis: Ultra Smash is the complete lack of an RPG style game mode that really made the Nintendo 64 and GameCube versions so enjoyable. Rather than that, literally the only game mode with any sort of progression system is known as Knockout Challenge. This is nothing more than a Ladder based system where you face one opponent after another in what is nothing more than Mega Mushroom mode, with no real end goal in mind, except to increase your win streak or earn coins. 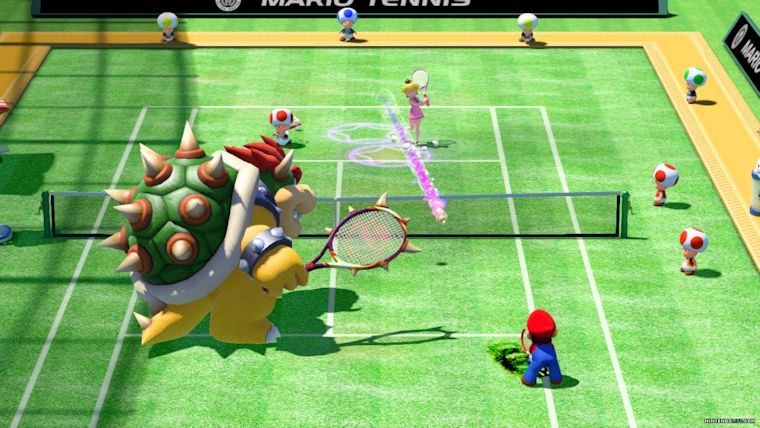 The only real neat feature found in Knockout Challenge is the ability to use amiibo in the game. These are limited to amiibo for characters that even have amiibo, as those like Waluigi and Daisy have none at all. The amiibo works as your partner throughout this mode, with the opportunity to level up after every few matches. Each amiibo used has ten available upgrade slots, which are filled completely at random with abilities like improved Skill, Curve, and more. The AI in the amiibo works pretty well as you level up, but they certainly still make some boneheaded decisions at times.

A rushed game that lacks follow through on its shot

While the leveling up of amiibo is fun, their usage in Knockout Challenge makes no sense. One would think that when you add an amiibo, the matches would turn into Doubles, with two opponents to face. However, that is not the case, with you instead having exclusively 2v1 matches, often making them too easy. It’d be find if this was just a choice, but it is absolutely impossible to do Doubles within Knockout Mode.

Mario Tennis: Ultra Smash also includes online play, which is essentially a mashing together of the other game modes into one, which is honestly how offline could have been for the most part. The games can be like any of the different game modes, including the ability to use an amiibo as an actual Doubles partner here, with the ability to do Doubles with a human player as well. There isn’t a lot to choose from online, but it does basically include all of the offline game types.

The only other game mode found in Mario Tennis: Ultra Smash is easily the most useless of all, Mega Ball Rally. This is nothing more than a practice mode that isn’t needed, as you try to get a high score on keeping the rally going. This mode is essentially here for nothing more than to obtain of the unlockable characters by reaching 100 rallies, and then to never be played again. 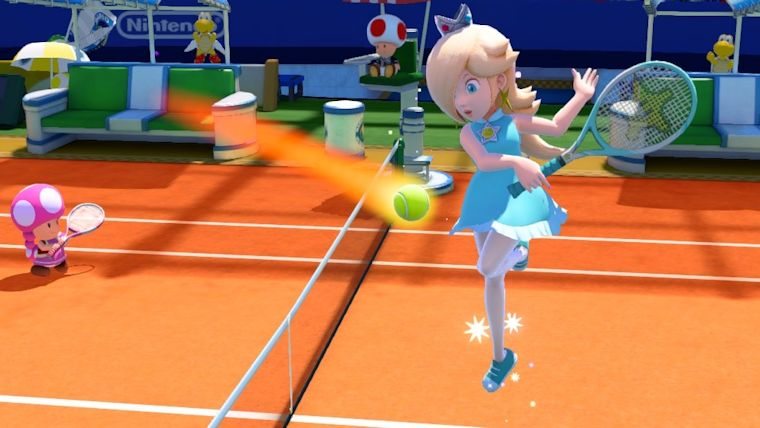 Mario Tennis: Ultra Smash features 25 different unlockables in the game, with them being able to be unlocked in two different ways. Similar to something like Super Smash Bros., the unlocks have conditions that the game outright tells you need to be met. However, for those that do not care to worry about that, you can simply unlock each of them by exchanging the in-game coins earned from matches, which rack up pretty quickly. This is a nice feature to allow unlocks to come quicker, though some of the coin totals could have been higher to extend the longevity of the game.

Nintendo has entrusted Camelot with both the Mario Tennis and Mario Golf series since the Nintendo 64 era, with one of their defining characteristics being a deep and rich experience full of variety, but that is certainly not the case this time. The very fun gameplay is still present, which will make playing with friends a lot of fun, but Mario Tennis: Ultra Smash can’t help but feel like a step backwards for the series as a rushed game that lacks follow through on its shot.