The long-awaited Dread has a lot resting on it. Does it stand up to Fusion? 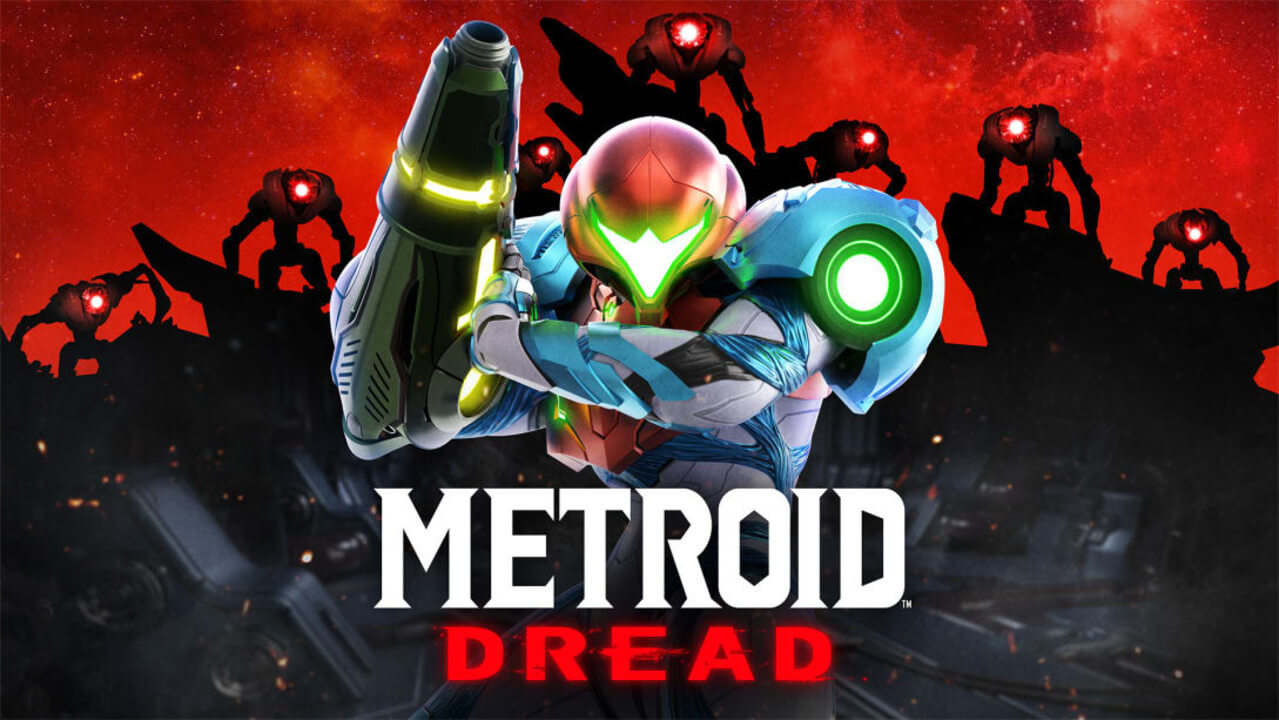 The release of Metroid Dread came as a surprise to many. News on a sequel to Metroid Fusion, the until-now final chronological installment in the series, had gone without an update since 2002. The only clue to Dread existing at all, if it could be called that, was a more than likely completely coincidental scan log referencing “Metroid project ‘Dread'” in 2007’s release of Prime 3.

The developer, Mercury Stream, had previously produced Metroid: Samus Returns, the game that brought melee combat and a new Aeion system into the series, both of which make their return in Dread. With this game having been in some form of development on and off over the past couple of decades, it’s intriguing to see it finally brought to life by a studio relatively new to the franchise.

From a technical perspective, Dread checks all the areas you would expect a Nintendo game to. The art invokes the realistic tone Metroid is known for but stays aware of the Switch’s limitations. It hits a stylized blend between what would be seen from a Prime game and the more anime-focused action of Other M. The controls are responsive and fluid (as they must be, some challenges require pixel-perfect precision), and the load times between regions of the world never feel oppressively long. There is some noticeable slowdown on occasion, but it never lasts for more than a couple of seconds, and the areas where the game wants you to pay attention are completely optimized.

Samus’ movement feels fast and agile. The simplicity of the wall jump is a huge step up from its rather tricky implementation in Super Metroid, though the lack of control over its path is an unfortunate downside for its convenience. While the melee counter may seem to be an invitation for constant halting when engaging with enemies, it never feels that way in practicality. Avoiding enemy interaction is easy, almost unconscious even, and the sheer force of the melee counter ensures that any enemy interaction will last a few seconds at most when you get a hang of the timing.

The level design is also noticeably clear. Mercury Stream clearly took a cue from criticisms of Metroid Fusions’ linear progression. While Metroid Dread itself is still highly linear, it never feels that way. ADAM (Samus’ AI assistant and also father figure- it’s weird) never tells you where to go. Instead, the map itself naturally lends itself to your progression. You will never be asked to bash yourself against an impossible challenge for hours at a time only to find out you just don’t have the power needed to progress. The game provides you with all the hints needed. If you find a shuttle or an elevator, you’re meant to take it. If a wall is in your way, you shoot it. Players familiar with Metroidvanias should only expect to find themselves stuck a couple of times at most while progressing the plot.

While some may find this to be a step down from older game’s far more open maps, it’s largely necessary for Metroid Dread. In part due to its massive size. A single region of Dread’s ZDR can feel larger than almost the entirety of Super Metroid’s Zebes. While Samus’ speed can carry her through the world relatively quickly, it’s no surprise the game often just opts to provide fast travel in lieu of a mile-long trek through areas you’ve already been. Fast travel also helps players skip around the map’s often extensive E.M.M.I. zones, which can be a welcome break given the challenge of the rest of the game. 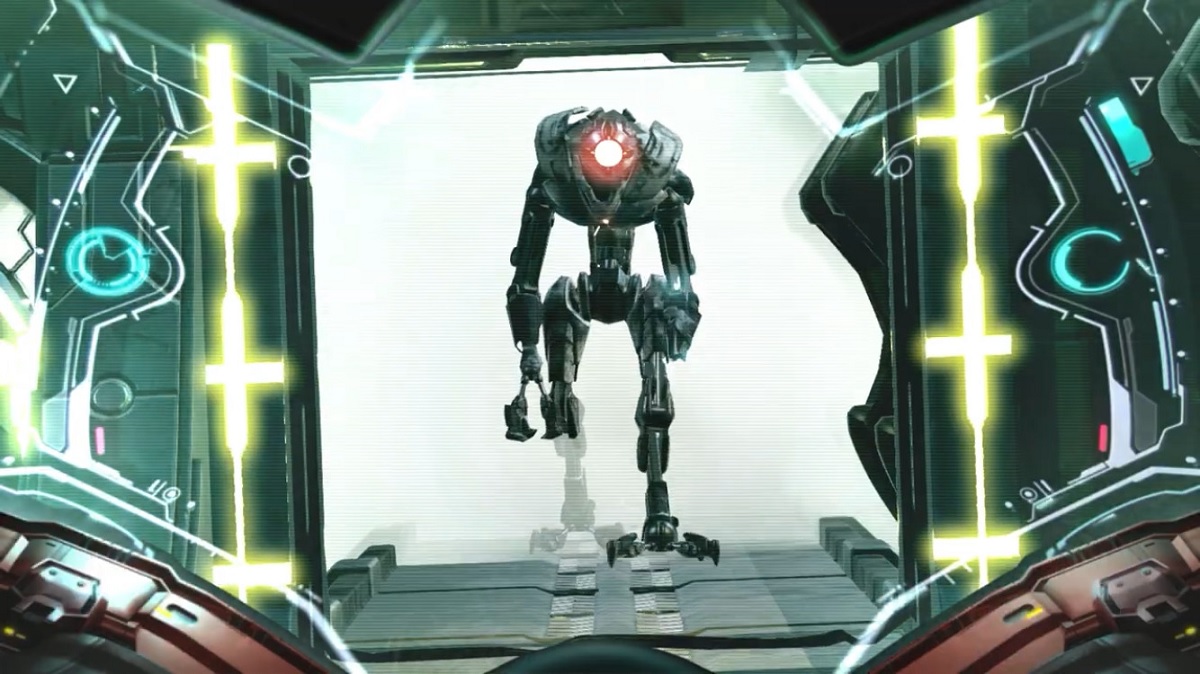 Speaking of, with most of the game’s marketing being centered around the E.M.M.I. and the feeling they’re supposed to invoke, you would be completely forgiven for thinking the tone is overblown. It is a Nintendo game, it can only be so scary. And that is true. Even when caught by an E.M.M.I., Samus’s death just means she’ll be sent right back outside the zone. It’s rather forgiving, and depending on the context it can often totally drain the fear from a situation. But most encounters don’t have that context.

Throughout most of the game, traversing an E.M.M.I. zone is going to feel like sharing musical tastes on a first date. It’s stressful, reflexively avoidant, and you’ll feel immense relief when it’s over. Consistent survival requires learning a map’s layout almost as an extension of the controller you use to play, and just when you figure it out the game will switch things up on you. One of the E.M.M.I. moves faster than Samus does, another can see you through walls, and one is able to temporarily paralyze you once it spots you. Metroid Dread constantly makes sure that you’re never too prepared for the situation at hand. By the time you are strong enough to trivialize most encounters, you’re also not fighting E.M.M.I. anymore regardless.

This constant difficulty curve permeates throughout the rest of the game as well, most notably in its bosses. You’ll notice that Metroid Dread almost always places exactly what you need right in front of you. Going out of your way to grab every energy tank and missile expansion is almost purely just to reach that 100% completion mark. This is because damage greatly scales up in later rounds, to the point that how many upgrades you’ve sought out is mostly irrelevant. When a boss knocks out a tenth of your health bar per hit, being able to take one or two more is not a game-changer. Rather, learning patterns is what turns the tide. And by the time those patterns are learned, you’re on autopilot. Cleanly moving through a three-phase attack and nearly flawlessly finishing a boss often makes you come away feeling you’re stronger than when you went in, despite the previous hour of failed attempts.

All of this comes together very naturally to form a level of difficulty that’s less like utter punishment and more like training. When you pull it off, the satisfaction comes from the improvement of your skill, not the relief of being done with it. It’s a gameplay experience that more than makes up for the, frankly, middling plot. 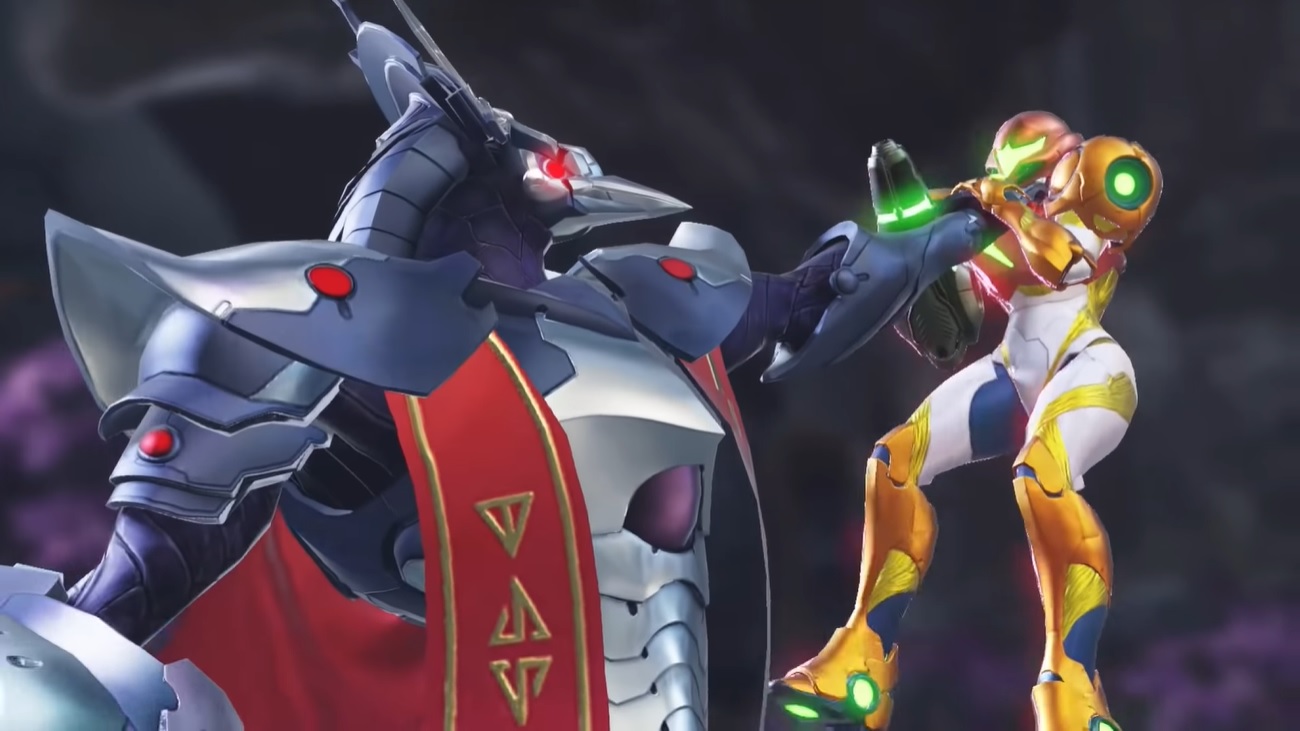 While the gameplay of Dread hits it out of the park, the story is not up to the same task. Despite being marketed as the “end of the Metroid saga”, it seems that very little was actually concluded at all. In fact, Metroids don’t even appear in the game, aside from the twist that Samus herself is now a Metroid. The Federation still has Metroid DNA through their vaccine, and Samus herself is now a repository of the DNA for anyone else who wants to seek it out. Samus ends the game where she started, just now she’s more powerful.

For those looking for a follow-up to Fusion, the story also falls short here. Fusion left off with a plotline about Samus going against the Federation itself after uncovering a shady bioweapons ring among their leaders. This thread was continued in Other M, but it finds itself strangely missing throughout this plot. Indeed, not only does it never come up, but the game starts by informing us that Samus is still on the Federation’s payroll despite having ended the last game by blowing up one of their research stations (and the accompanying planet).

This is not to say that the game doesn’t provide important information for the fans of the series’ story, but it is to say that it doesn’t provide depth to it, just an extension. How is Kraid on ZDR? What is the Exelion Star Corporation? Why do the Chozo on ZDR have access to pseudo-Mother Brain clones? These are not questions that are answered, but you will learn the name of the tribes Samus is from and a portion of Chozo vocabulary (which is, admittedly, very cool).

Of course, Metroid has never been very well known for its plot as much as its atmosphere, but unfortunately Dread also fails in this respect. Most of the music is rather forgettable, relegated to the background, and the environments, while certainly varied and beautiful, never truly become part of the focus. The extensive backdrops, which should ostensibly drive home a feeling of naturality to the world, almost never interact with Samus proper, instead appearing more as something for the eye to glaze over while looking for secrets on your plane. While this game certainly plays better than Super Metroid, it fails to grasp the same kind of tone and iconic imagery Super Metroid held.

Metroid Dread is hard, but it’s hard in a really good way. The kind of way that makes you sometimes want to toss your controller, but doubles your resolve while doing so. It’s smooth, quick, and makes Samus feel fast and powerful as much as it possibly can without turning into an action platformer. Unfortunately, despite the sheer cool factor of Samus wrestling with a thousand-ton behemoth, the story fails to carry its weight and the soundtrack is less than the series’ par. While those problems may be disappointments to long-term fans, Dread is certainly among the best in the franchise, well more than worth the $60 price tag. For Mercury Stream’s second entry, Dread is extremely promising, and it provides a good amount of hope for a future Metroid entry. 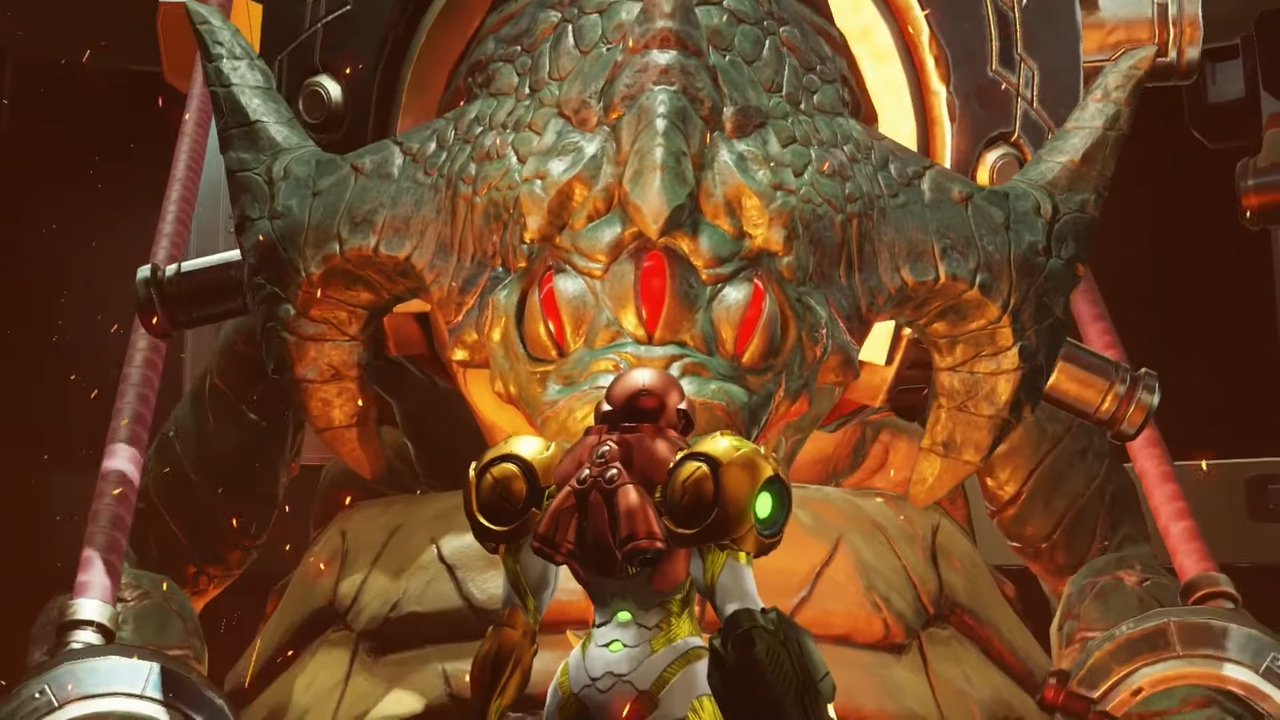 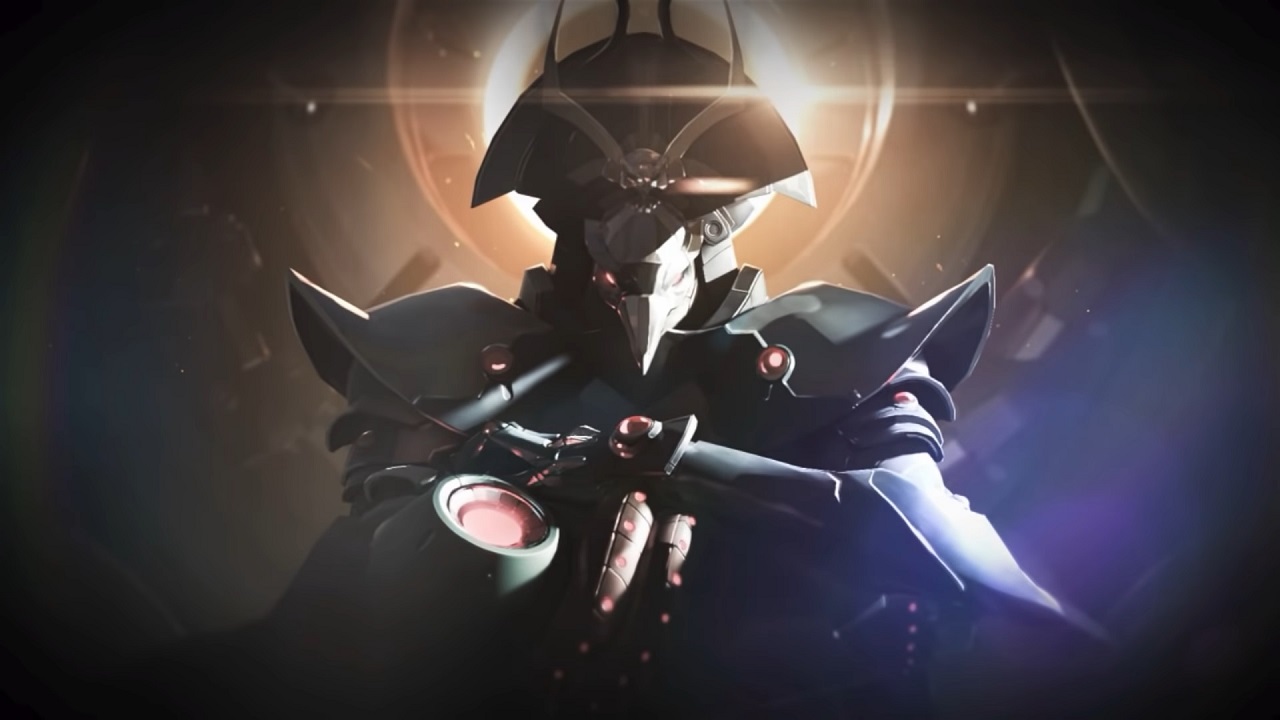 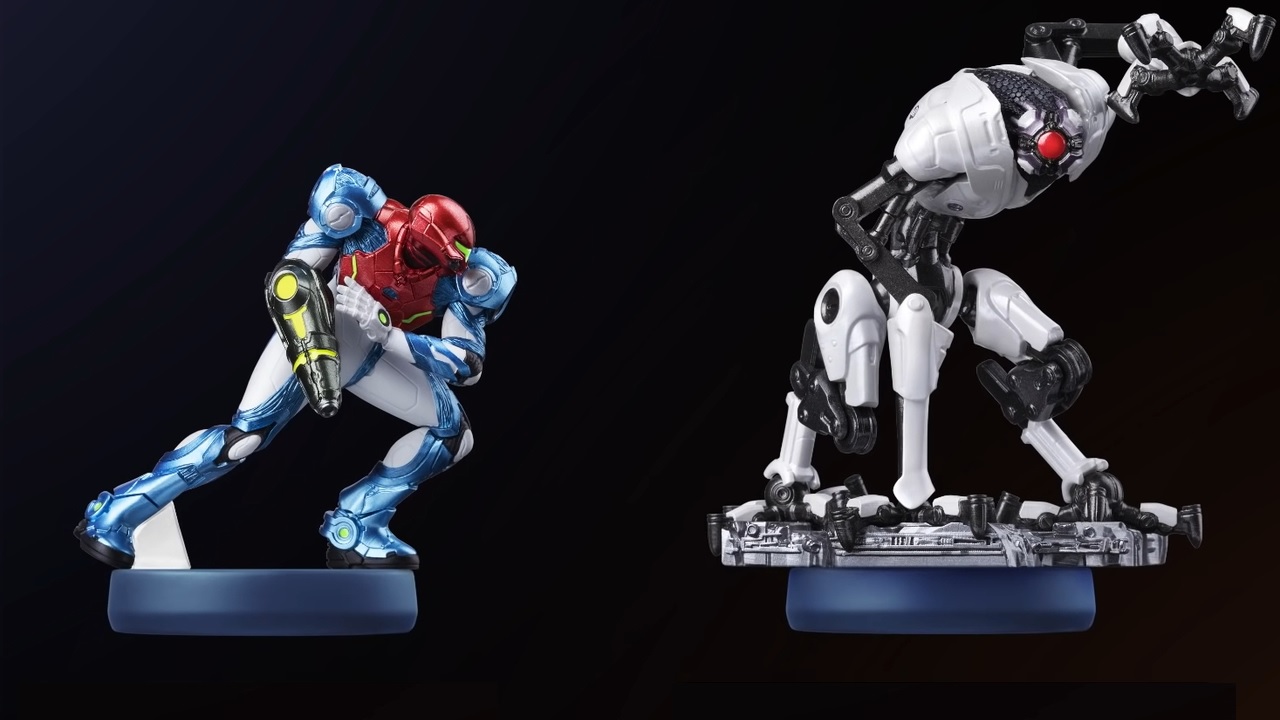 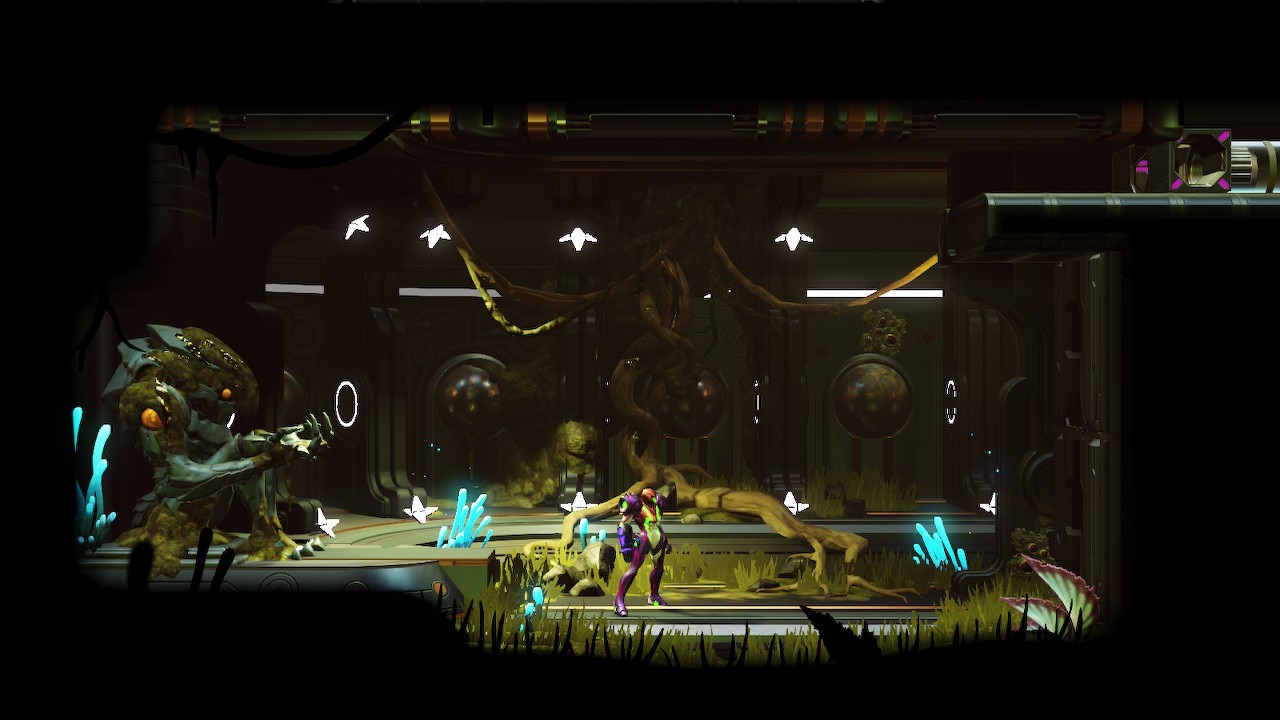