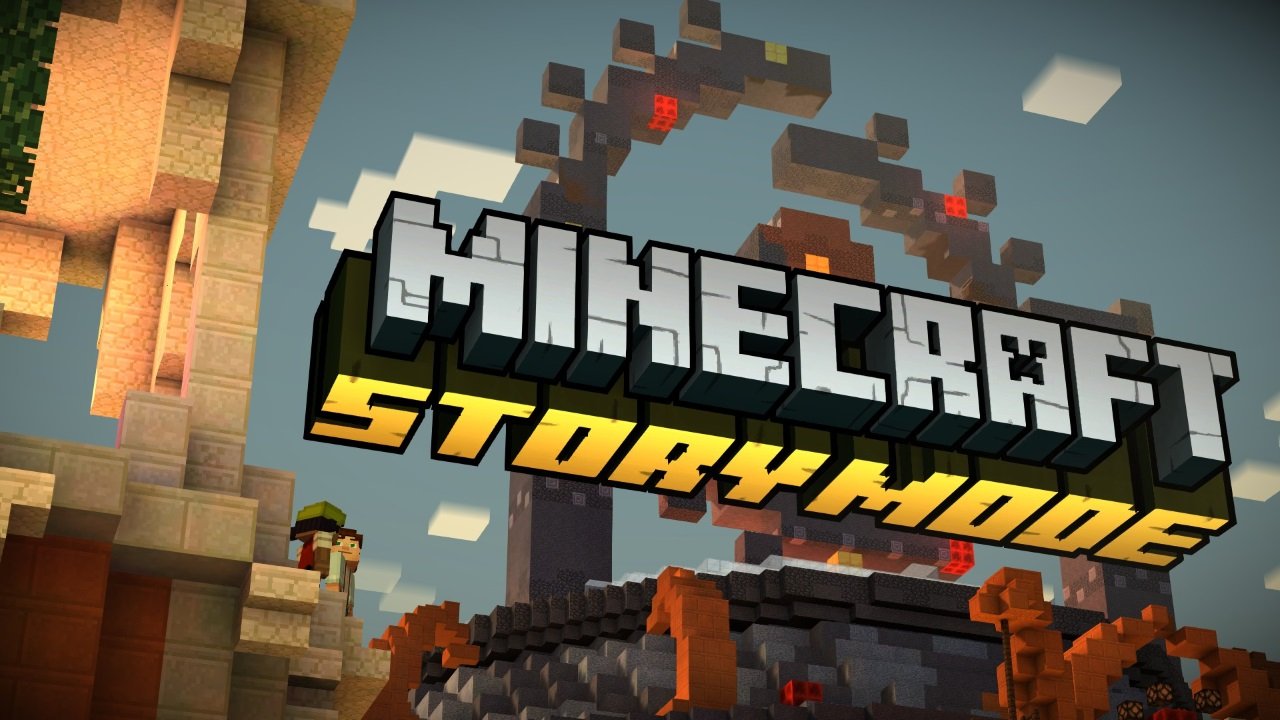 Minecraft: Story Mode got off to a rocky, but overall enjoyable start with Episode 1 “The Order of the Stone”. Now, less than two weeks later, Episode 2 “Assembly Required” is already available, breaking from the usual months long wait between Telltale episodes. With a shortened wait time players can dive right back into the adventure that they began in the first episode. However, that shorter wait has unfortunately left us with a sparse episode that feels like the first half of something better.

Minecraft: Story Mode tells a sort of quasi-Minecraft tale. It’s not the grand origin of the strange universe that millions of players have enjoyed. It is also not a story of a bunch of friends playing Minecraft. Instead it sits firmly in the middle, presenting a group of friends inside of the Minecraft universe, with all of its video game quirks and strangeness, but still portraying that world as realistic, and important.

Within that structure we follow Jesse, a boy or girl depending on your choice, and his/her band of friends. A great evil has been unleashed onto the world and it is up to them to find the heroes of old, the titular Order of the Stone, and get them back together to fight it. In the first episode Jesse’s group were a bit scattered after their encounter with the Witherstorm. Having been separated from Gabriel, one of the members of the Order of the Stone, they set out to find one of two other members, depending on which you chose at the end of Episode 1. Minecraft: Story Mode Episode 2 picks up right after this choice, taking you to either Redstonia or Boomtown. For a long time, critics of Telltale have brought up how choice hasn’t actually mattered all that much in their games, despite the message that appears before each adventure. It seems that the developer hse tried to remedy that with this episode, making it so that you will only visit one of the two locations offered to you at the end of Episode 1.

Players will find that they have progressed, but only to another stopping point along the way

This definitely makes choice a more important factor, giving players reason to go back and try out the other story path offered here. However, it certainly hurts the overall enjoyment of this episode. Once you realize what has happened, and especially once you complete the unfortunately short chapter, you’ll wonder if that locked away content would have improved the overall experience.

As Minecraft: Story Mode Episode 2 comes to a close, players will find that they have progressed, but only to another stopping point along the way. With a five episode series that is to be expected, but there’s something missing here that makes it feel all the worse. It only took me about an hour to make my way through this episode, which is at least 50% shorter than the usual time. This compounds the usual problem of lack of closure that players are left with at the end of an episode.

Another problem that persists in Minecraft: Story Mode Episode 2 are the animation glitches that have somehow gotten worse here. On rare occasions it becomes so bad that characters will warp around the screen, popping up in different spots, usually after a camera transition. This extends to lip syncing as well, which sometimes gets so out of sorts that I had trouble figuring out if the video was matching up with the audio. 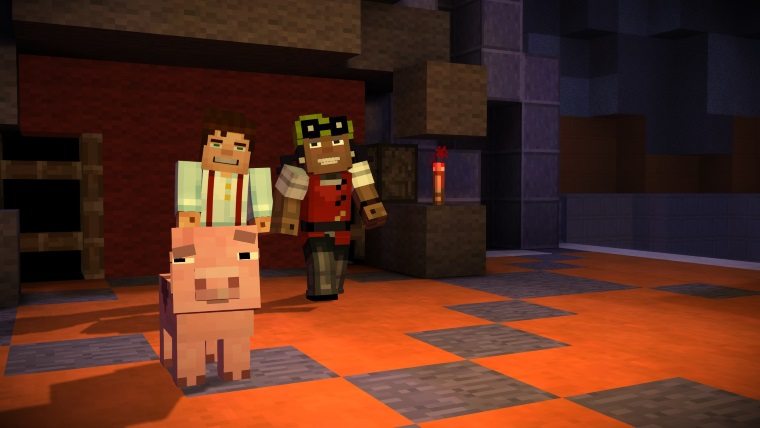 Luckily the writing remains on point, though it still sits somewhere in the family friendly zone of not feeling too dramatic or funny. Minecraft: Story Mode seems to try to walk the line between action adventure and straight comedy, not really exemplifying the best of either genre. Kids will enjoy it, as it presents all of their favorite Minecraft tropes, but without taking these and doing something unique with them, most mature gamers will simply snicker, or ignore it completely.

The way that writing is delivered is mostly great as well, with fantastic voice actors featured throughout. Unfortunately a few cracks do show in this usually fine piece of the Telltale experience. Side characters, mostly ones that you won’t necessarily encounter that often, have some rough voice work attached to them. It wasn’t so much that it felt amateurish, but with a developer that usually hits this element out of the park, it was strange to see, or hear as it were.

Overall gameplay is still a strong point for Minecraft: Story Mode, featuring some interesting combat mechanics that fit with the property, and within the Telltale formula. Players will spend most of their time walking around talking to people, or following QTE prompts, but occasionally things get more interesting. Combat involves actually walking toward, or away from enemies, selecting which one you want to attack, timing your strike, and even choosing between ranged and close-quarters combat. These are huge improvements over the usual Telltale method of fighting, which is pretty barebones. There was a bug here though, where a Ghast failed to fire at me, and without extra arrows I was unable to take him out causing a visit to the Main Menu. This could have been a one off problem though. 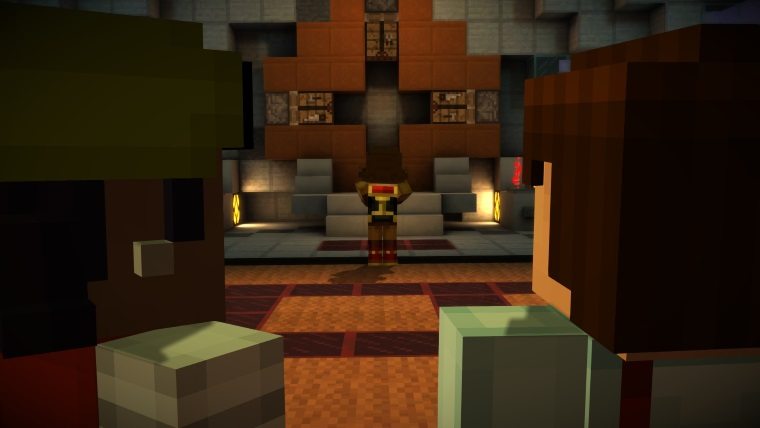 Finally, the visuals continue to impress, with Minecraft’s retro stylings firmly on display. Something about the way Minecraft looks just generates such a feeling of happiness, nostalgia, and fun, and with the improvements made in lighting, color, and presentation, Minecraft: Story Mode gives players the world they love in a new and interesting way. Seeing some of the landscapes, or crafting creations within the game will truly impress any fan of the property.

Minecraft: Story Mode is off to an unusually rough start for a Telltale game. Glitches are certainly a problem, both in gameplay and animation. The real issue though is that, despite the excellent quality of the writing, the story just isn’t grabbing the player like it should. The much shorter wait time for this episode helps alleviate the feelings left at the end of Episode 1, but the anemic amount of content makes it seem rushed, or half-baked. Episode 3 could deliver the goods, as has become a Telltale standard, but until then Minecraft: Story Mode is only for young players, or hardcore Telltale fans.