The latest news in the world of video games at Attack of the Fanboy
November 25th, 2015 by Kyle Hanson 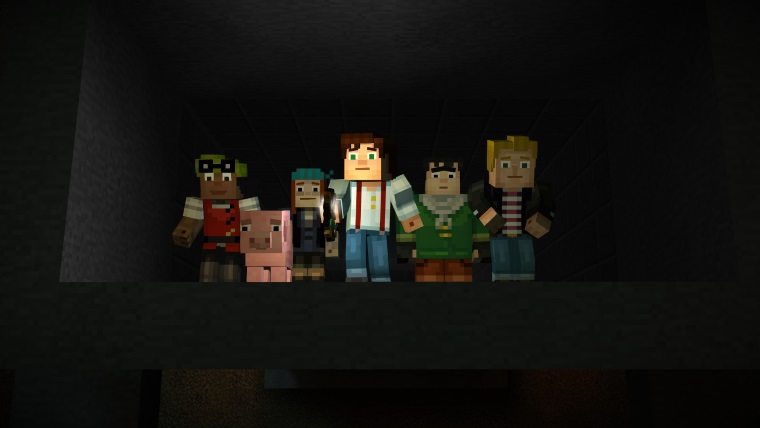 Minecraft: Story Mode has gotten off to an extremely rocky start with its first two episodes. Technical issues have become a norm, and many aspects of the game have really detracted from the experience. Overall it has been marginally enjoyable, but with a lack of focus, and problem after problem getting in the way of player enjoyment, it seemed like Telltale was on track for their first true miss in years. However, the third episode of Telltale series has traditionally been one of the best. Can Minecraft: Story Mode Episode 3 “The Last Place You Look” turn things around for this series that was not living up to expectations? In short, yes.

Minecraft: Story Mode tells a very traditional story in a very untraditional setting. The game is set within the Minecraft universe, but not as though it were a real, living world. Instead it still functions very much like a video game. And while the characters still act as though everything is real, with all its life or death implications, there’s still an aspect of people playing a game of Minecraft that seems to permeate the entire narrative. It’s an odd mixture, and it has its issues, but overall its an interesting take on what could have been a formulaic world. 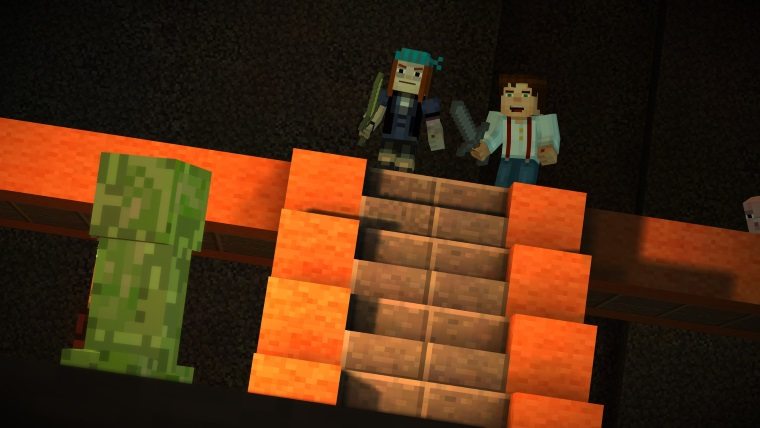 So far in the plot, a ravenous monster has been unleashed. Our hapless hero has set out to reunite the Order of the Stone, a legendary group of adventurers that once killed the Ender Dragon. Along the way there has been drama, intrigue, and humor, but the previously mentioned problems kept things from really becoming all that interesting or enjoyable.

What a difference a single episode can make though. Telltale has taken Minecraft: Story Mode and turned it into exactly what fans had hoped for with Episode 3. As I said, previous episodes suffered from multiple issues that left them feeling incomplete and unenjoyable. Those include problematic voice acting for smaller characters, a woefully short runtime, missing content, and the feeling that Telltale wasn’t sure who their audience was. Episode 3 fixes nearly all of these.

The talent of the main cast’s voice acting was never really in question, but a few of the surrounding characters came off as amateurish at times. Episode 3 at least solves this by featuring only a few smaller characters, but also shows that Telltale still knows how to cast, with the perfect addition of John Hodgman to the core group.

The shorter runtime of Episode 2 was a major factor in player disappointment, only pushing about an hour. While Episode 3 still comes in at a shorter time, it’s a decent hour and a half at least, the pacing truly makes up for it. Action packed from start to finish, players might find themselves thinking that Episode 3 is the finale rather than the middle chapter. Offering only a few brief moments to catch your breath, Minecraft: Story Mode Episode 3 will keep pushing you forward at a blistering pace that really cements it as a fun experience for both young and mature gamers. There were even a few puzzles thrown in for good measure, which both served to slow things down, and give the player something to think about other than what button to press during the next QTE. 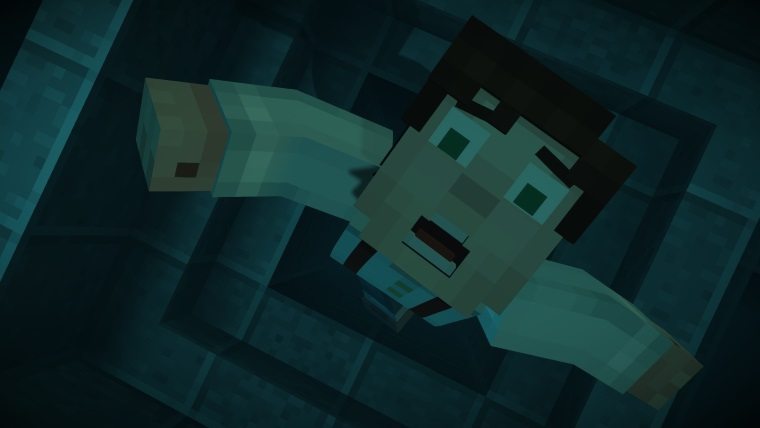 Minecraft: Story Mode is still a lighthearted game, with humor sprinkled in throughout the story. However, some drama has worked its way in, and the game is all the better for it. With a track record full of dark, dramatic games, Telltale was hurting themselves by not playing to their strengths. The mixture of drama and humor found here isn’t quite as stellar as it was in Tales from the Borderlands, but it’s on its way toward it, and fans of Telltale should rejoice at that fact.

The major success of this episode though is in just getting players interested in what is happening in this world. Everything in Episodes 1 and 2 just felt so cliche and uninteresting that was easy to sort of checkout of the proceedings. Here, the events of the story do a perfect job of keeping your interest and conveying why you are doing the things you are doing. The quiet moments also serve to reintroduce the characters in a way, pushing this group closer together to the point that you’ll actually care about them as more than just sources of information. You’ll quickly find yourself worrying about how they feel, and making sure that their feelings are taken care of through your choices and dialogue.

Outside of what Minecraft: Story Mode Episode 3 does better than its predecessors it largely continues the trend. Glitches are minimized, to be fair, with animation not being as big of a problem this time around. Lip syncing does still get out of whack though, with lines being said that obviously don’t match up with what is happening on screen at all. There were also a few moments where the audio glitched a little, causing one character’s lines to be cut short in favor of another’s. 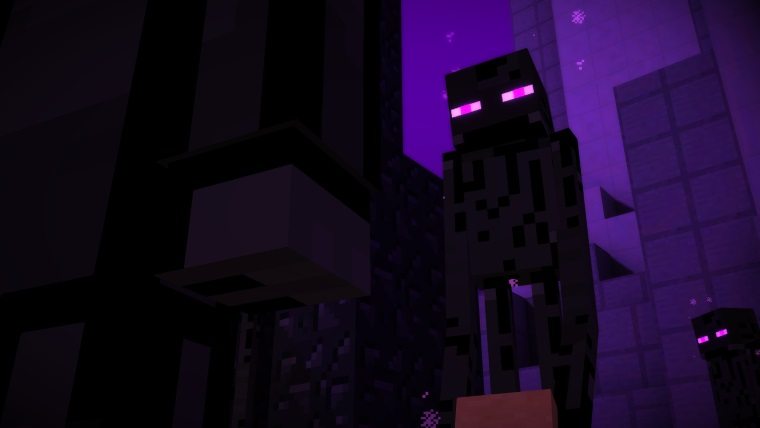 The presentation continues to be on point as well, with Minecraft itself lending this series its iconic design and aesthetic. Telltale took the retro styling of the original game and dialed it up just enough that it feels like an improvement, without infringing on the nostalgia that is already present in the visuals. Sound design remains faithful as well, while adding in some fantastic music that fits the series well, while remaining interesting enough that many will hunt the soundtrack down for outside listening.

Minecraft: Story Mode Episode 3 pulls off a fantastic turnaround for a series that was looking rather lackluster. Issues still persist, and Telltale will have to capitalize on what works well here while moving beyond the things that didn’t, but overall it is a massive improvement over what we saw in the first two episodes. If they can keep this momentum going, with the humor and drama firing on all cylinders as they were here, then Minecraft: Story Mode will earn its place in Telltale’s fantastic catalog.