The latest news in the world of video games at Attack of the Fanboy
March 30th, 2016 by Kyle Hanson Telltale’s foray into the Minecraft universe has been a very mixed, and surprising affair. From the dull opening chapters, the game eventually found its footing. However, its faster pacing resulted in both an increase in quality, and a finished story one episode earlier than expected. Now the actual finale is here with Minecraft: Story Mode Episode 5 ‘Order Up!’, but it takes the form more of a new beginning than an actual conclusion. The result is an adventure that is fun and interesting, which propels the series forward, while still remaining self-contained enough to not annoy those who are stuck paying for more episodes later on.

Minecraft: Story Mode Episode 5 ‘Order Up!’ picks up long after the end of the previous episode. Jesse and his/her band of adventurers have fully taken on the mantle of the Order of the Stone. They now travel the countryside, exploring dungeons, killing monsters, and searching for treasure. One of these treasures is contained in a temple that former enemy Ivor tipped them off to. The quest goes a bit wrong, though they do walk away with some evidence of the fabled Eversource, an endless source of items and resources that could alter the world itself. They set out with new purpose, but will find that their past isn’t quite done with them just yet. 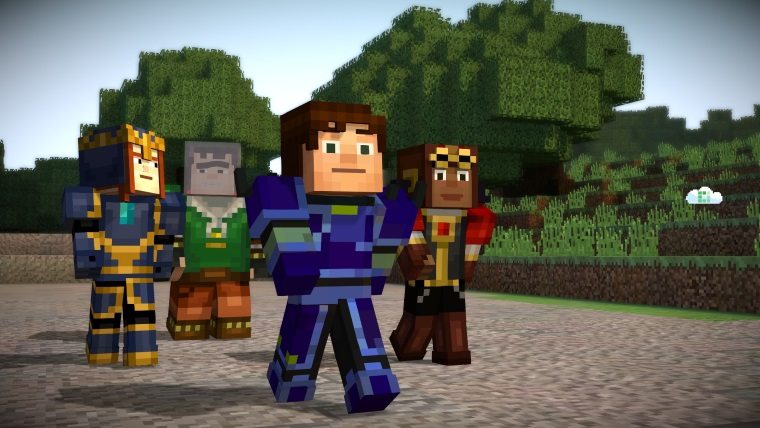 Having concluded the story of the Wither Storm in the previous episode, Minecraft: Story Mode Episode 5 had a lot of things to do. It needed to start a new story, offer glimpses into what adventures are to come in the promised DLC episodes, and yet it still needed to have some sort of finality to it. Those who purchased a season pass might be pretty upset to find the last chapter in their season being used to simply promote more DLC.

Telltale also took this opportunity to alter the landscape of the series somewhat.

Luckily, it seems that Telltale knew all of this and pulled it off without much of a problem. The story here is certainly self-contained, having a distinct beginning, middle, and end. However, that end has just enough mystery surrounding it that it offers great promise for those future episodes. In many ways it feels like the first episode of the second season, but with its own standalone story that makes it feel much more complete by itself.

Telltale also took this opportunity to alter the landscape of the series somewhat. Minecraft: Story Mode had its moments, but overall the problems were quite apparent. Humor was present, but never really hit the tone that it was going for, with jokes landing flat sometimes. Also, there were far too many characters, and while the performances behind them were all good, some just never felt truly necessary, and simply ate up game time. Both of these have been fixed with Minecraft: Story Mode Episode 5 ‘Order Up!’.

There were some truly funny moments in Minecraft: Story Mode Episode 5 ‘Order Up!’, ones that showed the power of the Telltale writing department once again. To be sure, there isn’t anything on par with the stellar Tales from the Borderlands contained in here, but it comes as close as any episode in the series has to that lofty goal. Some characters feels like they’ve been Flanderized a bit, but when it serves the plot so well that can be forgiven. And with fewer of them to deal with, each character gets more time to be fleshed out. 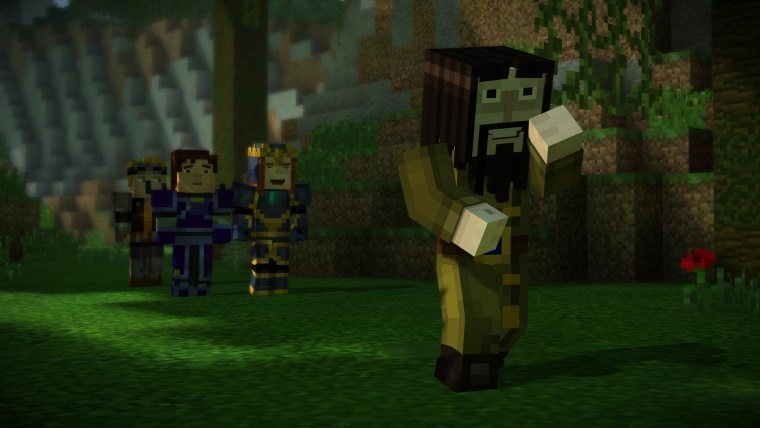 The bloated character lineup is taken care of right at the start, trimming down the cast to a central group that really features the best of what the first few episodes had to offer. Cutting the cast also allows the player to spend more time with each character, meaning you have more dialogue with them, and you actually feel like it’s worth it to chat. It also helps the narrative move forward at a faster pace, as each character doesn’t have to chime in all of the time.

That narrative is actually a fairly interesting one too. While the quest to defeat the Wither Storm had its moments, some of which were actually quite engaging, the story contained in Episode 5 condenses them all down into a single hour and a half affair. There were a couple of spots in the episode where it felt like it could have ended and fans wouldn’t be too upset. Sure, it would have been a cliffhanger, but it would have been an interesting one that brought players back for the DLC adventures. Instead it kept going, adding more mystery and offering more interesting gameplay opportunities.

These are all areas where Minecraft: Story Mode has improved, and it has done so well. However, it is not an entire reinvention of the series, so problems do still linger, some of which are quite large. Technical issues have pretty much become expected for Telltale adventures. This game has fewer than the rest, but they are still there. Audio and animation seems to be the biggest problem, with lips sometimes moving well after the audio actually played. Luckily the art style is quite enjoyable, and works well with the less than capable engine, so there aren’t too many of these instances, and stuttering is kept at a minimum. 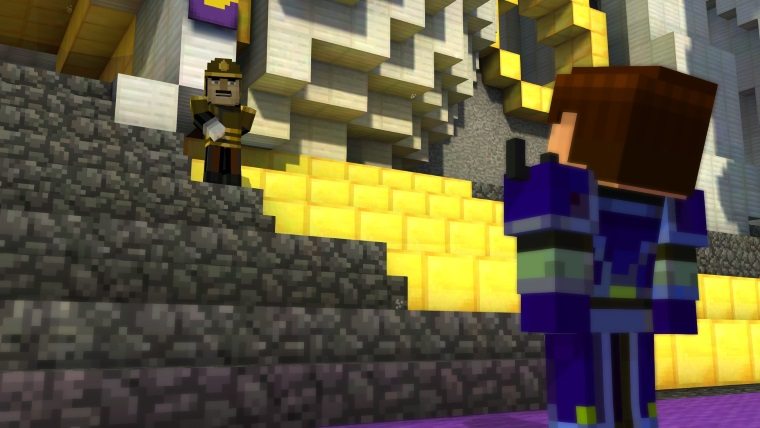 The logic issues also persist. It’s sort of an inherent problem with placing a game like this within the world of Minecraft. Outside of a few basic restrictions, Minecraft allows players to do anything they can think of. This becomes a problem when Minecraft: Story Mode tries to set up some type of challenge or conflict. Why do you need to solve a puzzle to open a door when you can just break the blocks that make it up? Similarly, everyone acts like very common items are rare and hard to find, which could make many Minecraft veterans scoff at the absurdity of a supposedly powerful character needing more iron.

Minecraft: Story Mode Episode 5 ‘Order Up!’ performs the unenviable task of starting something new, while remaining its own standalone story. The fact that it works so well is both surprising, and a testament to the talent of Telltale Games. There isn’t anything earth shattering here, and those who didn’t enjoy the first four episodes might not be swayed from that opinion. However, it lays the groundwork for adventures to come quite well, while simultaneously correcting for issues from the past. Those who have enjoyed any of the adventure so far should be extremely pleased, and will likely be very excited for the promised DLC.