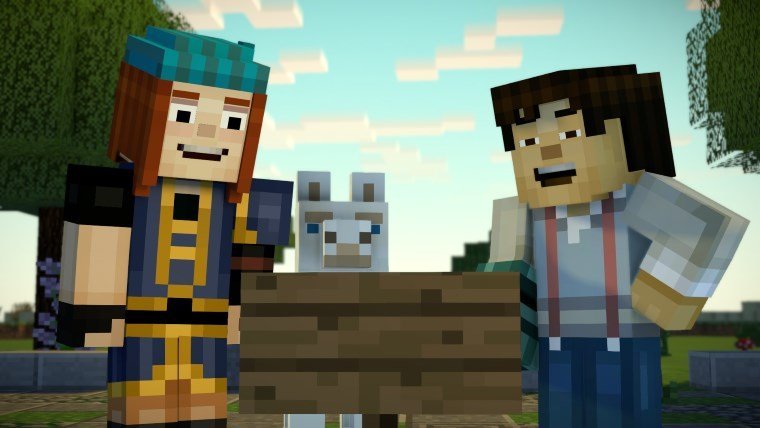 Minecraft: Story Mode seemed like a very odd move for Telltale back when it was first announced. Sure, it would obviously make them a ton of money, as anything with the Minecraft brand seems to do. But how could you tell a compelling story within this somewhat incoherent and ever-changing world? Somehow they found a way, delivering a compelling plot with interesting characters, though the whole package was certainly not their best work to date. A series of DLC chapters followed, expanding the universe a bit, and now we have a full blown Season Two, offering up another sprawling adventure for Jesse and his growing group of friends.

Minecraft: Story Mode Season Two – Episode 1 “Hero in Residence” picks things up with series hero Jesse in charge of his own town. Beacon Town is full of happy townsfolk who spend their days building and crafting. Jesse is sort of their protector, but not much actually happens around Beacon Town in terms of adventure and danger. While Jesse and a few of his friends have taken up the calm life Petra is still out there searching for treasure and getting into various hijinks. She has asked Jesse to meet with her, and from there our story for Season Two sets off.

This premier episode of Season Two is an interesting beast. As our resident Telltale game reviewer I always approach these with a few questions that other games don’t require asking. For example: does this episode work as a standalone experience. Minecraft: Story Mode Season Two – Episode 1 “Hero in Residence” satisfies this requirement better than almost any other the developer has ever made. 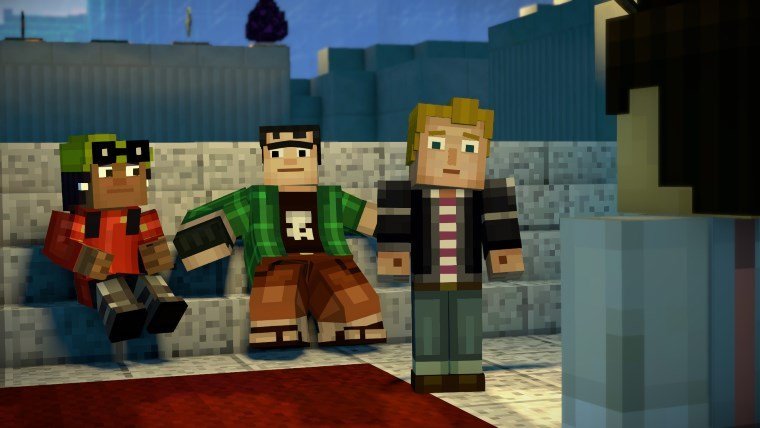 Consisting of two nearly separate stories, “Hero in Residence” is one of Telltale’s longer episodes of the last few years. It also offers an almost totally standalone adventure, giving players a beginning, middle, and end with more to follow for the rest of the season. However, while it offers up all of this content, little of it was as engaging as should be expected from this talented storyteller.

The events contained in this episode just never really hit their mark. The humor often falls completely flat, there’s no really dramatic tension, and the overall plot is just kind of dull. It’s not bad, as Telltale still writes solid dialogue and stories, but across the 1.5+ hours I spent with this episode I just never really felt attached to the events that were unfolding.

This was especially true in the middle segment, which sort of takes a departure from what becomes the main plot thread. I’m sure these story threads will be picked up in later episodes, but the whole affair just felt pointless beyond a couple of character revelations. But those are never really worked through properly, with Jesse and Petra just kind of hashing out their individual faults by either arguing or apologizing, with everything wrapped up by the end of the episode.

The main story does offer more meat, but it also treads some very familiar territory. There’s a mysterious new object, rampaging enemies, and a quest to right some wrongs. New characters are introduced, and while they seem to offer some interesting new elements to the mix, ultimately they don’t add much and are often just annoying extra dialogue to sift through. 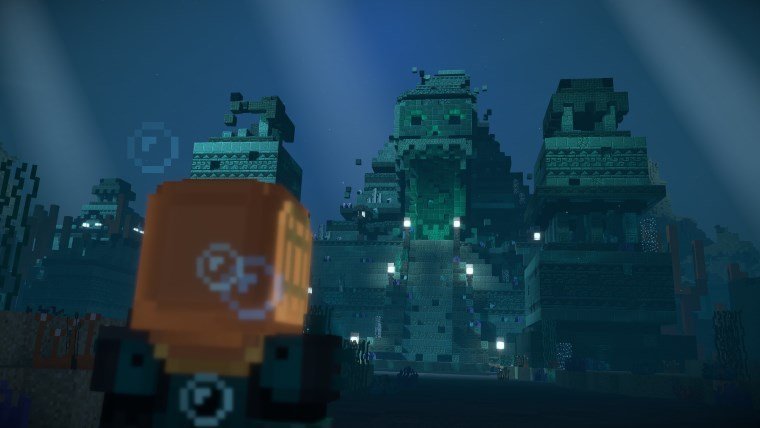 One sort of story piece that is unfortunately still present for Season Two is the cognitive dissonance that’s required to believe the plot. Characters fret about how to cross gaps or break into buildings, the whole time having multiple sections of the game show that this world follows traditional Minecraft mechanics. This means that they could very easily build their way across or dig their way through. It’s sort of a necessary suspension of disbelief, but when parts of the story draw attention to it, it hurts the overall sense of immersion built by this world.

So, on one hand we have a well crafted episode of this series, but on the other the actual content isn’t all that engaging. Luckily it does take our characters for a full story arc and delivers them at the end with something new to expand on in the future episodes. As checked out as I felt throughout Minecraft: Story Mode Season Two – Episode 1, the end does offer promise of a more exciting second episode and beyond.

Outside of the story itself Minecraft: Story Mode remains largely the same as its predecessor. There’s little that can be done in the visual department with this IP, but the game does still look good. The Minecraft visual style works well here and the team has some extra touches that add to the mix. Voice acting is solid once again, except for the returning Youtubers from the DLC, who I found annoying the first time and cringe-worthy the second. They aren’t a big part of the game however, so their impact is minimal. 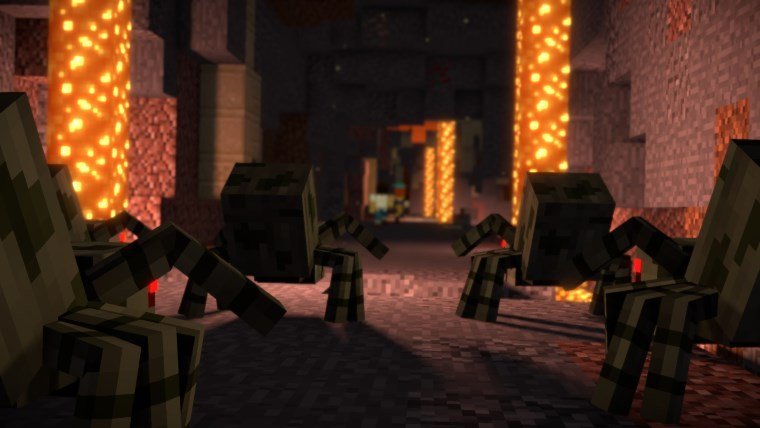 Gameplay-wise, Minecraft: Story Mode Season Two adds a few extra mechanics, such as manually building things that remain present in the world. Building objects on the crafting table is still a chore though, which is something that could have easily been reworked. Combat is also more fleshed out with dodge being added to make for a more robust experience all around.

Minecraft: Story Mode Season Two is off to a mixed start with Episode 1 “Hero in Residence”. It seems like Telltale has done a great job of delivering a satisfying single episode, offering a complete experience in a standalone 1.5+ hour package. On the other, that experience isn’t quite as good as we’ve come to expect from the developer with dull story beats and uninteresting characters. The writing is still fairly solid overall, but we’ll have to wait for more episodes to see if Season Two is worth a look.