The latest news in the world of video games at Attack of the Fanboy
January 28th, 2018 by Jelani James 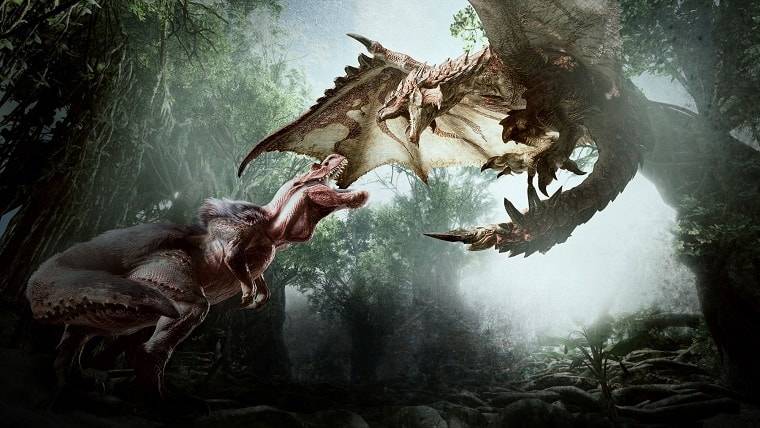 Since its debut on the PlayStation 2 in 2004, the Monster Hunter series has become known for its steep learning curve and high difficulty. And while that didn’t stop it from thriving over the years in Japan, the same can’t be said about its fate in the West where it only gained the attention of a relatively small crowd.

Now, in 2018, Capcom is looking to turn things around with the release of Monster Hunter: World. Not only does it simplify the traditional Monster Hunter formula, but it’s skipping over handhelds and moving to the PlayStation 4 and Xbox One. The reason? To widen its appeal to a general audience.

When I heard those intentions back at E3 2017, I feared the worst. As a series veteran (2004 – 2013), I understood Monster Hunter to be the type of series that you could succeed in so long as you’re willing to put the work in. As such, I assumed that any attempt to bastardize the series’ formula to accommodate players who weren’t willing to put in that work previously would only serve to piss off MH veterans and end in disaster. 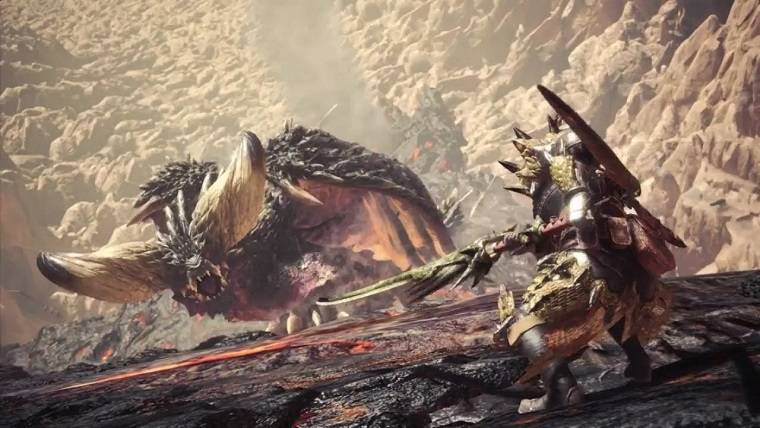 Regardless of your skill level, many of these changes will be more than welcome. In fact, series veterans will likely question why it took so long for Capcom to implement them. There are many such quality-of-life improvements, but the three that stuck out to me the most were the ones made to gathering, crafting and quests.

In the past, gathering used to be an arduous process, not only requiring players to have specific items to collect certain materials, but you would have to sit through an animation every time you wanted to do so.

This is now a thing of the past.

Now, not only do you no longer need those items clogging up your inventory, but the actual collection process (outside of a few specific instances) is instantaneous. 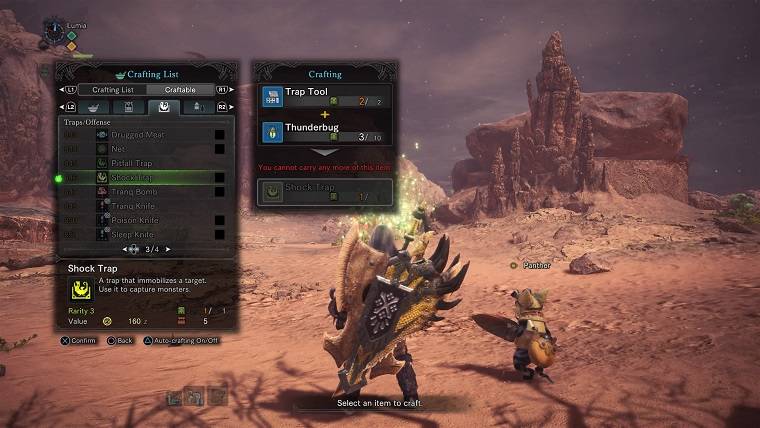 These changes go hand-in-hand with those made to crafting, as you can now select certain items for the game to automatically make provided you have the right ingredients. Making potions mid-fight used to be something that required finesse. This time, all you have to do is find an herb and the game will do the rest.

Completing quests also used to be similarly arduous since you only complete one at a time and were sent back to town immediately afterwards.

This is also a thing of the past.

Aside from story quests and side quests, referred to as Assigned Quests and Investigations, respectively, there are now “bonus” missions, called Bounties, which you are always active and can be completed at any time. As an added bonus, completing the former types of quests no longer automatically sends you back to town, often allowing players to choose between staying in your current location to either pick up an additional quest or go on an Expedition to free roam, or returning to Astera, your base of operations, to craft new gear, resupply, etc.

And though these improvements do make for an easier Monster Hunter title, World still isn’t easy. 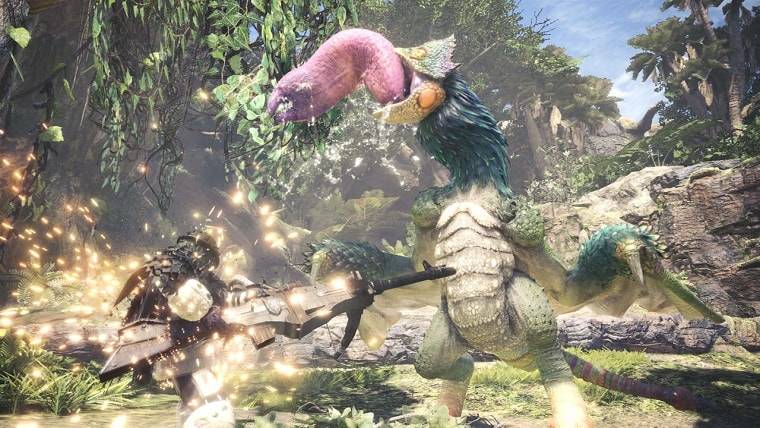 As previously stated, Monster Hunter: World is a genuine MH game through and through, and it plays host to a plethora of monsters who are more than willing to smack you around should you become complacent.

Towering above them all is the massive, magma-encrusted Zorah Magdaros who provides the “prime impetus” for your journey. As an Elder Dragon, Zorah Magdaros is in the midst of a once-in-a-decade migratory period, known as the Elder Crossing, where it crosses the sea and towards a newly-discovered continent known as the New World. Your goal? Capture it and find out the meaning behind its movements.

It’s a rather tenuous setting, sure, but that has never been the series’ strong point. No one plays Monster Hunter for the story, after all. Its focal points have been and always will be its environments and monsters; and Monster Hunter: World earns full marks in both. 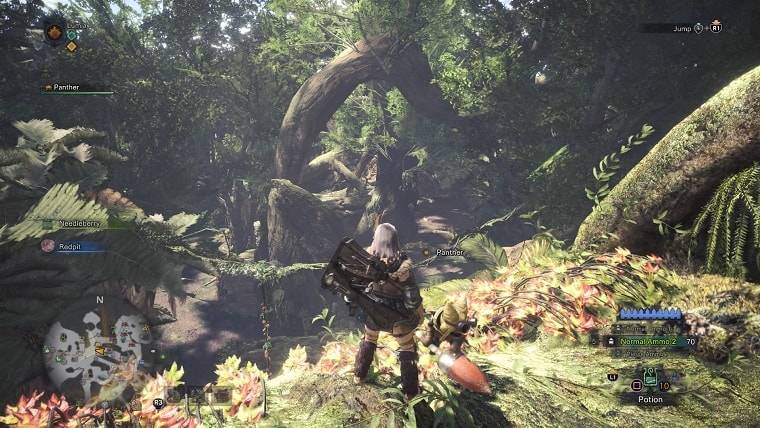 To call the environments in Monster Hunter: World a marvel would be an understatement. They’re large, imperfect, diverse, vibrant and asymmetrical. From the Ancient Forest’s creeping vines and massive, intertwining branches, to the Rotten Vale’s fetid pools of acid and seemingly endless corpses, each location is unique, possessing an aesthetic and ambiance which differs from the rest.

We’re not dealing with monotone, manufactured environments here. Between the differing terrain, flora and fauna, the areas in Monster Hunter: World feel like a genuine ecosystem.

And lurking within each of these them are massive monsters who stand at the top of the food chain, leaving you with the unenviable position of having to face off against them with little more than a small — yet deadly — cat, known as a Palico, as back up.

Each monster, from the moment you set eyes upon it from a distance to when you capture or kill it for parts to make new equipment, is unique thanks to its appearance and the many ways it can tear you limb from limb. Though a Paolumu with its ability to inflate itself like a balloon and use its increased size to flatten you from above doesn’t quite compare to the Odogaron’s quick movements, vicious bites and sharpened claws, both are fully capable of killing you if given the opportunity. 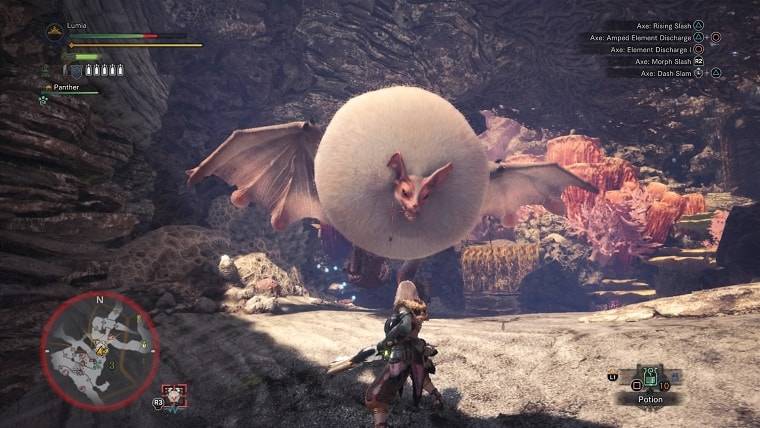 These fights evoke a unique mix of anxiety and excitement in you, where you’re painfully aware that even one mistake can lead to your undoing. Every move you make, every step you take is a deliberate action done to ensure you don’t add to your opponent’s tally of kills.

If you consistently make the right actions, the monster will respond appropriately. Targeting the forearms will break its claws, jumping on its back will cause it to frantically struggle in a bid to knock you off, attacking the tail will dismember it, hitting the legs will cause it to topple over — if there is a way to interact with the monster, it will have a special way of showing it.

Keep it up and the monster will eventually reveal a tell — limping — to show that it’s weakened. At that point, all you have to do is follow it and seal the deal.

Of course, you’re not going in these fights empty-handed. You’ll have 14 different types of weapons to choose from, each with their own set of strengths and weaknesses. Some are straightforward like the Great Sword, which is particularly effective when you charge it up and let loose a super-powered strike for high-damage; but others, like the Insect Glaive, with its air dashes and Kinsect companion, require a bit more finesse to use properly. 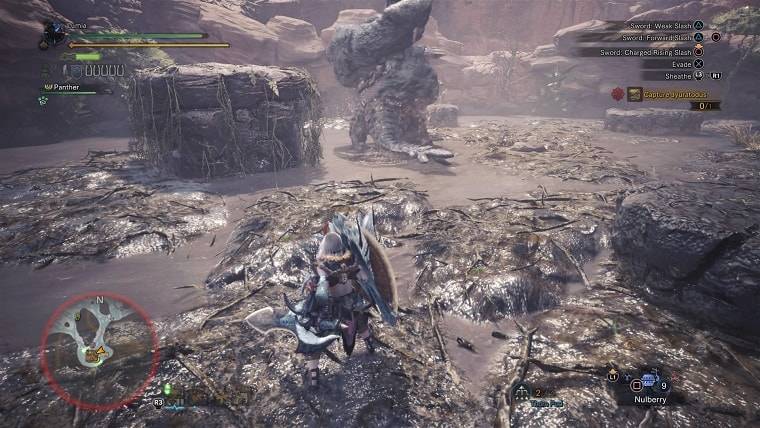 With so many weapons to choose from, some might be inclined to try and use all of them. Don’t.

Every weapon is viable, so its best to head to the practice area and familiarize yourself with one weapon before branching out to more later on. In my case, I wanted to try something new so I started with the Charge Blade before moving on to the Gunlance and Heavy Bowgun (my usual go-to weapon).

And if you’re having trouble taking out an enemy on your own, you can use the new SOS flare to summon other players for help. Upon using it, the player’s room will automatically be available to join and others can choose to respond, thus allowing them to instantly render aid. It’s not a flawless system, though. For example, other people can’t join your room if you’re watching a cutscene.

When it does work, the extra players allow you to formulate and execute more complex strategies using items like traps and bombs, potentially making light work of otherwise dangerous enemies.

All in all, there are plenty of ways to take enemies down, but it’s on you to figure out how to make it happen — Monster Hunter: World just makes it easier to do. 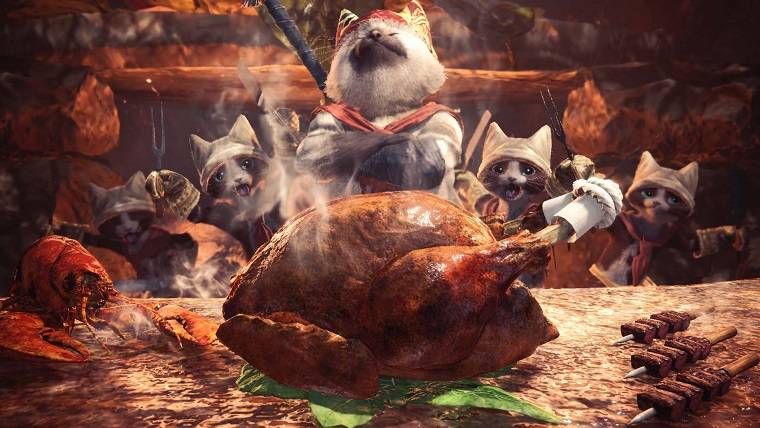 As a long time fan of the MH series, I’m pleasantly surprised with Monster Hunter: World. I assumed this game would be dumbed-down to oblivion, but I was wrong: Capcom pulled it off. It’s fluid, many mechanics are intuitive and it endeavors to explain the ones that aren’t. It takes the best of Monster Hunter and offers them in a way that entices newcomers without repulsing long-time fans.

The only gripe I had were the lack of areas and amount of monsters — both of which will likely be remedied with confirmed DLC, making it a minor gripe about an otherwise excellent package. If you’re a fan of the series then World is a must-buy. And for everyone else? Pick it up anyway.