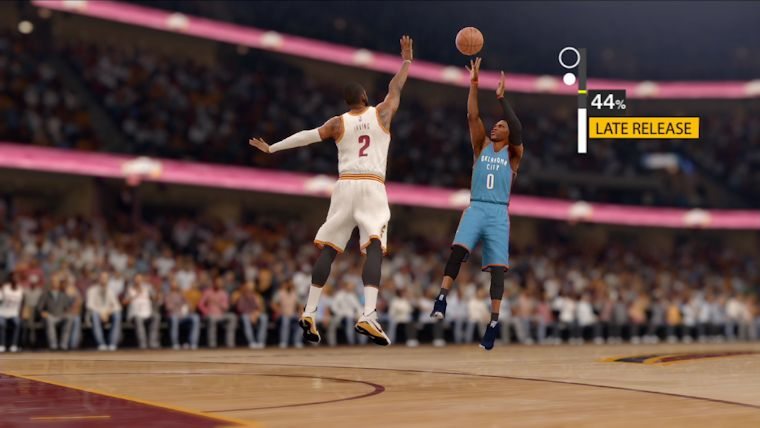 The NBA season is fast approaching and with that first tipoff looming, that also means it is that time of the year where the annual NBA video games are released. Typically running second fiddle to its much more critically successful counterpart, the NBA Live series has struggled in its return over the last couple years. In its third year since the series’ multi-year hiatus, EA Tiburon lays up numerous gameplay changes in the hopes of getting back into the game.

Gameplay is always the most important aspect of any basketball game and rather than keeping everything the same in that department and focus on other areas, EA Tiburon decided to revamp the gameplay in a few big ways.

Authentic control of the players is what every sports game strives for and the major attempt to do just that is through the new LIVE Motion player movement system. Not only is the movement of each and every player more free-flowing, but there is more depth to passing and screening as well, both from yourself and the off-ball movement by your AI teammates.

The usage of touch passes allow for more precise and efficient passing of the ball, as well as the ability to use dribble hand-offs, which both work quite well. The movement of the players is pretty good a lot of the time, but there are also times where it feels a little too floaty, which sometimes makes it more awkward to make a quick turn on the perimeter. The new system also seems to allow for much easier drives down the lane for simple baskets, which is something that really needs to be adjusted.

Rather than adapting the usage of the right analog stick for shooting, like in NBA 2K, NBA Live 16 continues to stick with shooting via button. However, they have changed that up this year somewhat, by affecting just how you press the button. Instead of the intensity of how the shoot button is pressed in one quick motion, now the best shots will come by holding it down for a second or two while utilizing the new shot meter.

The game also provides instant feedback on each shot, such as giving the likelihood that the shot was to have gone in percentage wise and the reason why the shot wasn’t effective. Getting the ball off before or after the sweet spot is often needed to get around a defender, but it will come at the cost of a less accurate shot. NBA Live 16 also gives an indication of how covered you are from a defender with a special colored icon on the court, which in tandem with the shot meter can help one to prepare to take the best shot possible.

With the team at EA Tiburon being mostly focused on these new gameplay innovations in NBA Live 16, most of the pre-existing game modes took a backseat this year. Live Ultimate Team is for all intents and purposes the same as it was last year, with only a few new styles of cards being integrated. Specialist cards are variants of a player card that each have a special ability. Probably the coolest ones are the throwback cards that showcase players at different stages of their career.

In what seems to be a trend across each of the EA Sports properties, Dynasty mode is essentially untouched this year. That is mostly because Dynasty does not have to be anything fancy, but rather just a way to play through the season. A true training aspect is still needed here though, rather than just simply choosing players to train and their stats instantly increasing. Instead, it would have been good to have seen at least a more in-depth progression system, which actually was implemented elsewhere in the game.

While the aforementioned game modes focus on building or controlling a full team, the rest focus on the use of a single player instead, which you must create to use in the game.. A special companion app for mobile was released to face scan yourself, much like how the actual athletes are done for the game. The problem was that this never seemed to come close to looking like it was supposed to, so just designing a player from scratch may be the best option. This creator may be a little bland, but that is made up for through the layers of customization with clothing, shows, and even authentic tattoos. 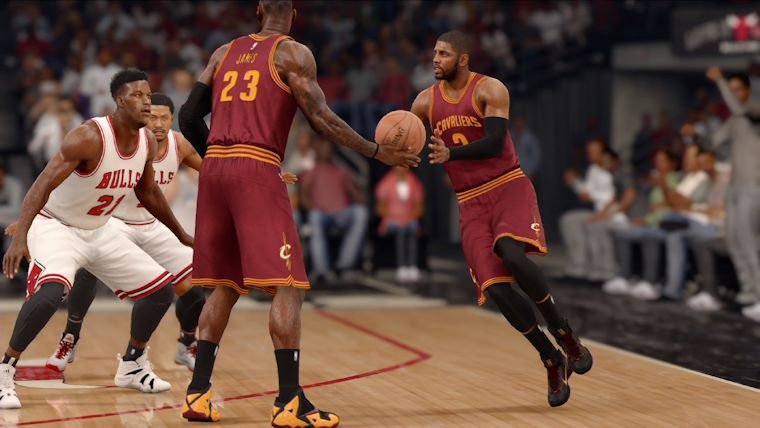 Rising Star mode is completely centered around that created player, but for the most part, it is just as it was last year. The new progression system, however, does manage to make working to level up a player more worthwhile. By earning SP, one can upgrade individual skills, which also offer bonuses, including shoes and animations of NBA players, such as James Harden’s jump shot.

Taking the game online, the Live Pro-Am mode is back again this year, but with something brand new included. This game mode is made up of the returning Live Run and the new Summer Circuit, which are somewhat similar at a base level by bringing in your own created player. Live Run is the more simple of the two, taking anywhere from 4-10 players in a 5v5 pick-up online game where the first to score 21 points wins.

Summer Circuit takes that another step further by adding some depth to the pre-existing Live Run. Across seven different venues, one can team up with up to four others online to compete against a team of five AI players, mostly made up of real NBA athletes. The good thing here is that it can be done with only one player, turning it into an offline game, but for some reason there were some major issues in that department.

Since no one was online to team up with on multiple instances in this mode, Summer Circuit instead provided four AI teammates to use to play against the other team, meaning there is no semblance of online play here. However, there were some terrible issues with lag and massive frame rate dips. This really made most of these games unplayable at times, and this happened most games, which really tarnishes what otherwise could be one of the best game modes in NBA Live 16.

Compared to EA Sports’ sports offering, the NBA Live series has been the most prone to glitches, but luckily the Summer Circuit slowdown is one of the only consistent issues. Otherwise, the terrible glitches that were found in the game’s demo seem to have been fixed, with most of them being only isolated incidents. 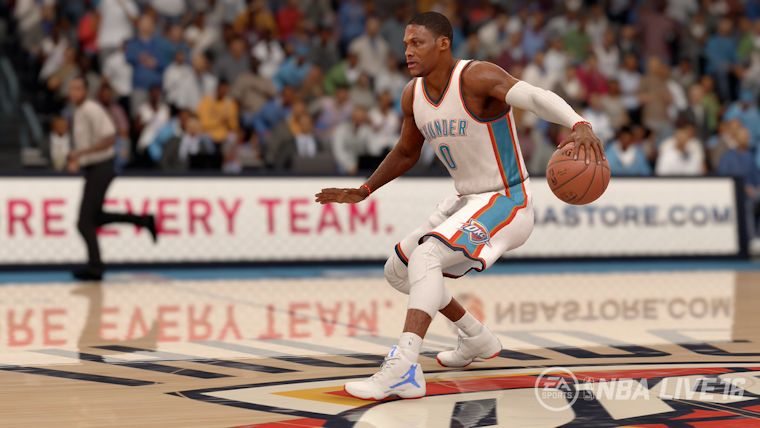 The visuals also seemed to have improved in NBA Live 16 as well. The players themselves look more like their real life counterparts, which is made even better with realistic player animations on top of that. While not the best visuals around, they are a marked improvement over the series’ debut on current-gen two years ago and are no longer getting blown out by their rival in that department.

The NBA Live series has had its fair share of problems since returning in 2014, but it does seem to be showing a somewhat steady improvement. The revamped gameplay helps to set itself apart well and the instant feedback is a great in-game learning tool, but the lack of any new game modes outside of Summer Circuit, or even major additions to the existing ones, prevent NBA Live 16 from being a real slam dunk.