Is this entry Fast and Furious, or does it Crash and burn? 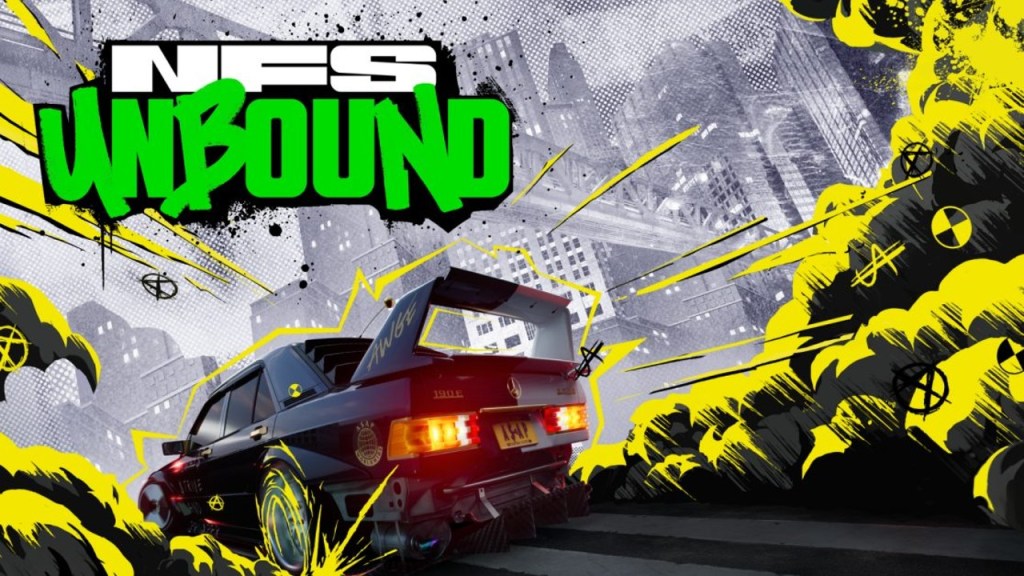 Colorful plumes of smoke billow from fresh tires as the matte black Volkswagen Beetle I’m piloting takes a death-defying drift around a corner. The familiar flashes of cherries and berries illuminate my view, but a secret weapon lies within this modified vehicle. With a single tap, the true potential of this little car is unleashed, as Nitrous begins to flood the intake manifold of the unsuspecting car. The world bends around me, and flashes of color begin to envelop my car, leaving not only the police in the dust but all of the cares in the world as I cross the finish line.

Mountains of cash are delivered, and the day comes to a close. As new rivals have been made, the excitement grows for the nighttime to finally roll around to do it all again. It may not be the car that was stolen from me, but we’ll get that particularly special ride back someday. The crew and I will ensure it, and Rydell will be back on top of the world once more.

Webster’s Dictionary defines the word speed in two particular ways: to “make haste,” as well as to “have success.” While the franchise has always been known for the former, the latter had begun to falter. Does Need For Speed Unbound bring this franchise back to the heights it once obtained, or does it truly lack its namesake?

Visual Style Is Front And Center

The first thing players are bound to notice with the newest entry in this nearly 30-year-old franchise is the new visual style, meshing near-photorealism alongside anime styling. Utilizing the power of the Xbox Series X and PlayStation 5, gamers are treated to a 4K/60fps experience that pushes the boundaries of how racing games should look in the future. Characters pop off of the screen thanks to the cel-shading style that looks like it was lifted from the latest Borderlands title.

While cars may be front and center, the visual styling steals the show. Photos can only do this title so much justice, as the exhilaration of racing is brought to new highs alongside the visual effects that emanate from the players’ vehicles, alongside their rivals. Drifts are more exciting and visually pleasing than ever, with animated plumes of smoke escaping the screaming tires. And huge jumps are accentuated with colorful animated wings to showcase the distance and air that they’ve obtained.

With minimal pop-in, alongside strong environmental details, the city of Lakeshore looks better than most games currently available. Due in part to the excellent Frostbite Engine, the strong art style will help retain the visual style, even long into the future. It’s fresh to see something along these lines, especially from a long-established franchise.

The customization is also another high point, evoking the classic feeling of Need for Speed Underground for a new generation. With Underground being the starting point for plenty of players and their infatuation with cars, the love for the scene is still there. No matter if you’re hoping to restore a piece of American Muscle to its former glory, or hoping to invoke some Bōsōzoku style on an older Fairlady, customization is a high point for this title.

Environments have been retooled and look better than ever, with some truly awe-inspiring shots. Players that are hoping to snag the perfect picture of their pimped-out ride are in for a treat, thanks in part to the excellent photo mode. All of these variables blend one of the most visually pleasing titles currently available on the market. It’s hard to explain to someone that the most stylish game since Persona 5 happens to be a racing game, but Need For Speed Unbound nails the visuals.

Engines Pumping and Thumping In Time

While the visuals may be fresh til death, what about the gameplay? Thankfully, the pedigree of both Criterion and Electronic Arts shines beyond the aesthetic that Unbound brings to the table. The Need for Speed franchise has always been one of the smoothest-feeling racing franchises, and Unbound isn’t about to change that. While it may initially feel a bit slick and slippery, once players have unlocked the ability to fully customize their rides, that’s where the magic happens.

Players won’t be able to tinker with every small piece of their engine like some of the other simulation titles, but being able to swap engines, alongside purchasing performance upgrades can turn even the lowly Volkswagen Beetle into a monster on and off of the road. Drifts are easy to perform, and with the plethora of options to tweak the steering to the player’s enjoyment, it’s hard to say that this game handles poorly.

There are times when the game feels deliberately hard to control, especially if you don’t have a vehicle that can handle that type of environment. Off-Road Takeover events may feel impossible until your vehicle has been tuned to that specific type of event. And the standard street races feel like you’re trying to pilot a car over a freshly buttered road if you don’t have the correct tune and tires. Playing around with these settings until the perfect middle ground is obtained is essential, and can help players improve quickly if they’re struggling.

The Need For Speed Is Real

Police Chases return once more to the franchise, and allow for some of the most exhilarating sequences in Unbound. While they sometimes feel like they linger around for far too long, finding shortcuts and ways to shake them while screaming through the city in a vehicle that is far too fast is quite memorable, if not a little overdone at times. Players will need to use all of their skills and push themselves as they try to shake the Heat that they’ve continuously built through the Day/Night cycle, and can call it quits before it gets too out of control. Just make sure that you’re ready for an intense game of cat and mouse if you plan on pushing your luck too far, as you could lose every penny you’ve made throughout the cycle of day that you’re in.

Risk versus Reward is a big feature, giving players the chance to put their money where their mouth is to earn some bookoo bucks. Side Bets are a new feature that will allow players to front some cash towards a rival, and see who is the best racer on the streets. The feeling of seeing your rival fly by you is stressful in the best way and gives players more incentive than ever to push toward the front of the pack.

Unfortunately, you can’t spell frustration without fun, and there are a few key points that may give players a headache. The general lack of mission variety can help Lakeshore feel underwhelming, especially after partaking in a race on the same track for the umpteenth time. And only a tiny smattering of mission types can push your endurance. There is also an issue with rubber banding in your rivals, where you may see them go from 500 yards behind you to under 100 yards in a matter of seconds. It helps races feel tense but also ruins the immersion. Apparently, the Mitsubishi Eclipse that was trailing by almost a mile suddenly got a jet engine to catch up on a straightaway.

Pimp It, Don’t Scrimp It

What’s a racing game without good sound? Nothing, that’s what. Thankfully, Need for Speed Unbound excels from a visual standpoint and on the audio front. With the customization sliders, players have access to many possibilities to create custom exhausts that will scream and pop exactly how players would want them to. This even gives them the chance to recreate the Honda Civic that flies past their house at 4:00am.

Players can change how their vehicle sounds, thanks to some excellent sliders that can keep their vehicle on the sleeper scale, or loud and proud. Being able to hear the whine of the supercharger and the pops and crackles of unburnt fuel in the exhaust system helps players create a truly unique and one-of-a-kind ride.

The soundtrack, on the other hand, is something players will love or completely despise. When initially starting this game, players vibe along to the song Sh*ttin Me by A$AP Rocky. Even with the emphasis on the overall theme of rebellion and self-expression being front and center, players that don’t jive with the soundtrack can turn it off and play whatever they would rather listen to. However, after spending some time with the game, players may learn to love the majority of the tracks on this soundtrack, as there are some certified bangers on here.

Bruh, No Cap, The Story Do Be Bussin’ Fr Fr

Following in the footsteps of friends from the Foster Care system, the player and Yaz hit the streets to become the most well-known names in Lakeshore. However, after a chance encounter, things go much more awry than they could have ever imagined. While the plot may not be the most in-depth and moving, it offers much more than its initial first glance.

The side stories are where this game truly shines. Your rivals are not just cars this time around, but surprisingly fleshed-out characters that all have their unique reasons for getting into the scene. Characters feel alive, and it makes each race more personal than ever before. There are some surprising reasons for characters to be here, from breaking free of their identity, to being inspired by manga and anime. It helps the world feel lived in, with a pre-existing scene suddenly springing to life with a new generation of racers.

Rather than being dropped into a generic and bland open world, we get a chance to watch the world unfurl around us. The cast is just as colorful as the visual style, with oldheads like Rydell being the father figure to the player character and dropping some long-forgotten wisdom — alongside some great dad jokes. Watching the player character attempt to explain “dropping a pin” on a map app to an older person is something we may have all experienced, but this game handles it with grace and poise. The amount of inclusivity and acceptance is heartwarming, and not something players normally expect in a racing title.

As a story of betrayal and revenge, it’s dealt out in signature Hollywood style. The main story is fairly engaging and keeps the player’s attention until the very end. Finding out who was behind the betrayal, and who players should trust along the way is part of the experience. While some players may need to pause the game to look up some of the lingo and slang, it’s something that anyone can truly enjoy. Just be prepared for plenty of “bruh” in the 12+ hours it takes to complete this game.

Bringing a fresh new art style to the franchise that we hope sticks around for years to come, this ain’t your daddy’s Need for Speed. And maybe, that’s a good thing. With Heat pushing the franchise in a bold new direction, Need For Speed Unbound borrows almost everything that made that title special and improves upon it. There are a few spots that leave this title short of perfection, but as it stands, Unbound sets the bar for style, profile, and racing for this particular series.

In many ways, this title feels like the passing of a torch for players. Veterans of the franchise may feel that this is the beginning of the end, as it has started to stray from its initial roots. However, those that are not afraid to try something new will be treated to one of the finest-crafted racing titles in recent memory, wrapped just tight enough with a bow on top.

AttaPoll Free Fortnite V-Bucks — Is It a Scam?
Posting....