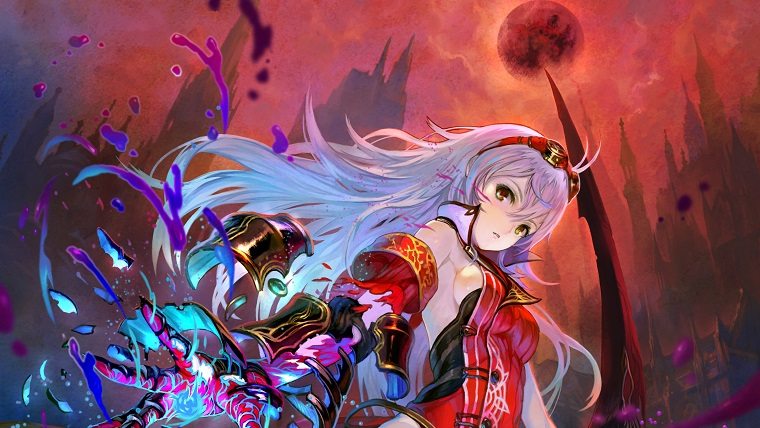 Hack ‘n’ slash games can be very hit and miss these days, as while the gameplay may be solid it typically doesn’t have enough meat to it to keep the experience from getting repetitive after a while. When word broke that developer Gust (who is more known for turn-based RPGs) was making an action RPG, I was curious to see if they could manage to keep things interesting for longer than a few play sessions. While the end result isn’t perfect, Nights of Azure is definitely good enough for gamers who are into this genre and looking for something new.

Nights of Azure takes place in the 19th century where the evil Lord of Night has been dead for hundreds of years, but his blood rained down on the Earth upon his defeat and turned all those it touched into viscous beasts. To combat the beasts the church regularly assembles a holy knight and priest to team up, with the holy knight dealing the damage and the priest to purify the blood. This game focuses on the latest partnership of holy knight Arnice and her priestess and childhood friend Lilysse as they fight to keep the Lord of Night from ever coming back.

While there is a generally interesting plot to be found here, the core of what makes Nights of Azure tick is its gameplay. You’re given a decently-sized world map with over a dozen different areas to explore and slice up hoards of enemies within the confines of fast-paced combat. Different attack combinations are possible by mixing light and heavy attacks, and new weapons are unlocked that cater to more quick/less damage or less quick/more damage styles of combat. You also have the ability to pull off special moves and can even transform into a handful of more powerful forms to dish out damage quickly by filling a meter via successfully-landed attacks. 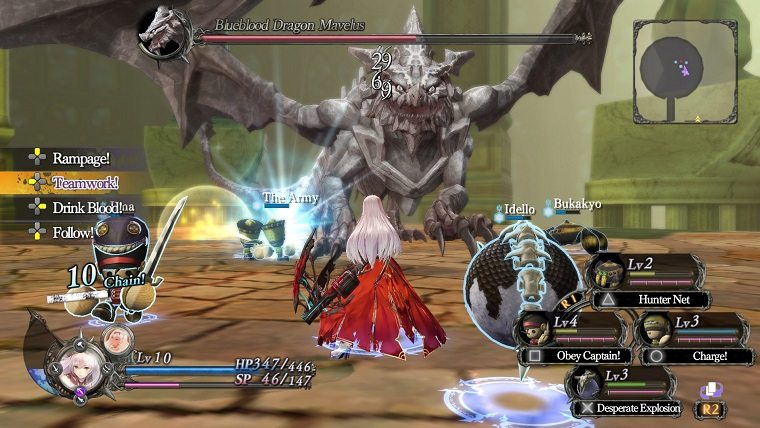 The game mixes it up a bit by allowing you to summon up to four “Servans” at a time, which are essentially monsters that you can call to take on enemies and even defend and heal you. You can issue commands to these Servans mid-combat to fight aggressively or to be more tactical, and they add a nice amount of strategy to the gameplay. They can be leveled up right alongside Arnice, learning new abilities and increasing their stats just as she does. These Servans also wander the levels with you once you summon them, and each of them has a charming personality that is a nice addition to the gameplay.

While the brunt of the game takes place in a series of interconnected areas swarming with baddies to slice up, the game does contain its own little hub world called Hotel Ende that offers a change of pace. It’s here where much of the story unfolds between Arnice and Lilysse and the rest of the game’s small cast of characters. You can purchase new items, talk with the Hotel’s inhabitants and even take part in an arena that offers multiple different challenges to complete for prizes. The arena is a definite highlight here, as it’s where the true challenge comes into play as you gun for 3 stars in each one for the biggest prizes. Challenges typically range from things like defeat all enemies with Servans only or win without getting hit, and pulling those challenges off as quickly as you can.

The world of Nights of Azure has a very visually-appealing tone, with a Gothic setting that is presented in a cel-shaded style that looks great. Areas are also well-designed and contain a lot of variety as you battle through places like opera houses, sewers, towns, art museums and more. There isn’t a whole lot of exploration to be found in these areas due to the narrow level designs, but it works fine here as you don’t really want too much downtime in between the main appeal of the combat. There is some occasional slowdown when you pull off big moves in battles that are loaded with enemies, but these instances are few and far between and don’t detract from the overall experience. 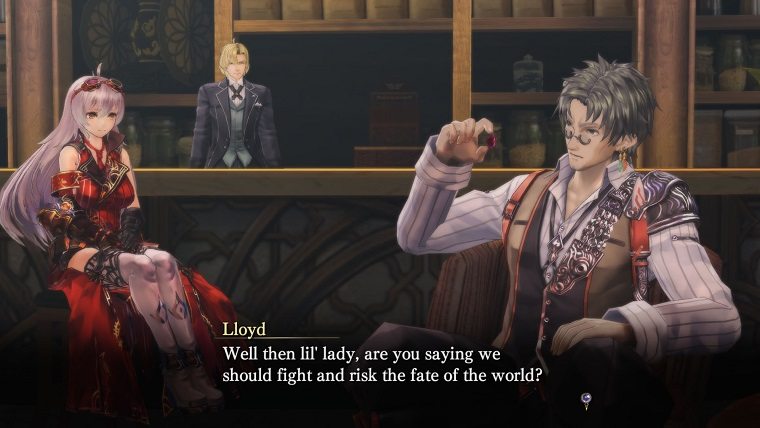 While the main scenario of the game isn’t terribly long, the game does offer a decent amount of side missions to dabble in to extend the play time for those thirsty for more. Most of these consist of doing things like collecting certain items or defeating certain monsters, meaning you’ll be taking part in gameplay that is similar to what you’re doing in the main scenario. While this isn’t a negative exactly, considering the gameplay does get repetitive after a while means that it’s hard to really feel compelled to do too many of the side missions in succession. The humorous dialogue and character interactions that are a result of some of these encounters are great, however.

The story found here also isn’t anything to write home about, as its interesting premise results in a narrative that is very straightforward and predictable. There isn’t a whole lot of story to really get wrapped up in, and by the end it doesn’t leave a lasting impression. Thankfully, the game’s characters make up for things a lot as their banter is easily one of the highlights of the games. Two of the characters that reside in Hotel Ende are constantly at odds with one another, and just about every situation where an argument between them happens is very funny. Arnice and Lilysse are also very likable characters, but their overall relationship and struggle in the plot don’t ever go anywhere memorable.

While Nights of Azure isn’t going to wow anybody, it’s still worth checking out for hack ‘n’ slash fans who enjoy their games with a touch of anime charm. Hopping into a new area to take on hoards of enemies is always fun, and sending out your Servans to dish out their own damage only multiplies that. While the story isn’t really anything great, its shortcomings are easy to overlook thanks to a charming cast of characters. It has its flaws like many other hack ‘n’ slash games, but there are enough good ingredients to recommend it to those craving more from the genre.