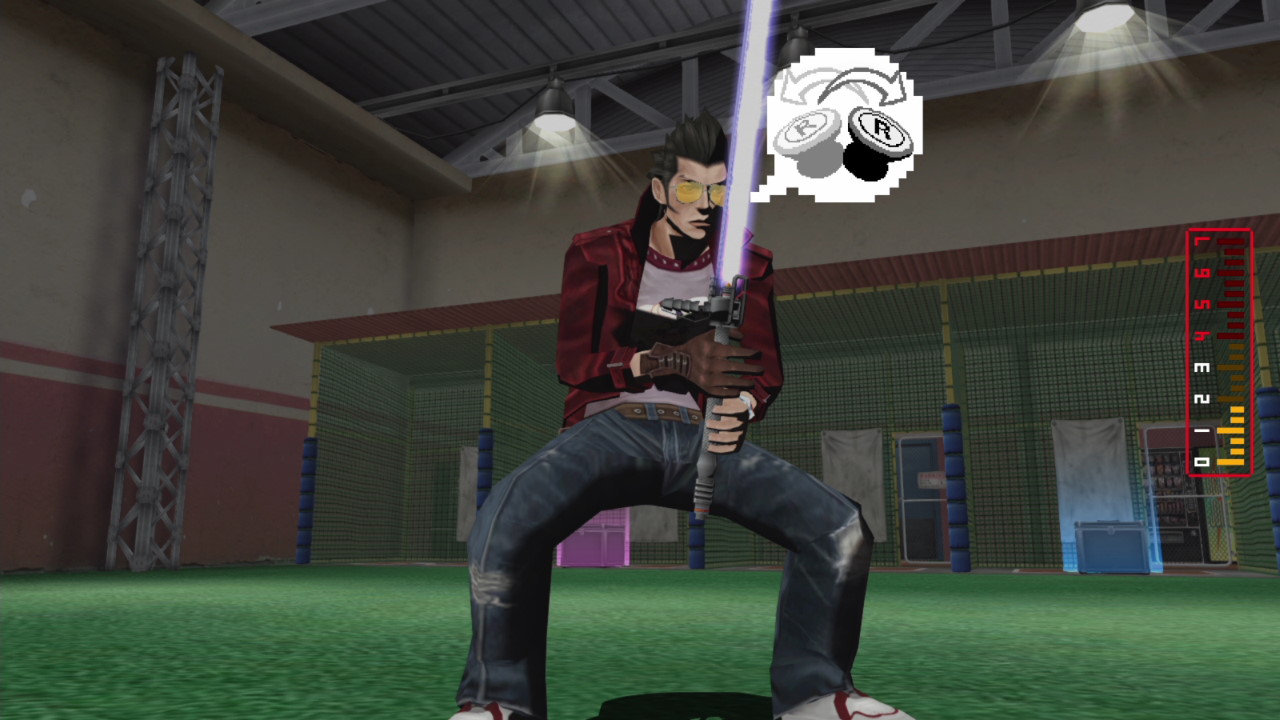 The No More Heroes series always feels like one of those franchises that is talked about more than it’s actually played. Fans have been hammering just how unique and fun these first two games were for years, yet they’ve only previously been available on Wii and PS3. But the hope was always that they would arrive on Switch and they just have via separate releases for No More Heroes and No More Heroes 2: Desperate Struggle.

Given how similar they can be, and that most interested players will want to pick up both, this is a combined review for both titles on Nintendo Switch. Both games star Travis Touchdown, an anime and video game fan who finds himself the eleventh top ranked assassin in the world. With the promise of fame and…other rewards for reaching the top, he sets out to eliminate everyone ranked higher on the list. The sequel picks up a few years later with Travis facing consequences of the journey from the first game. 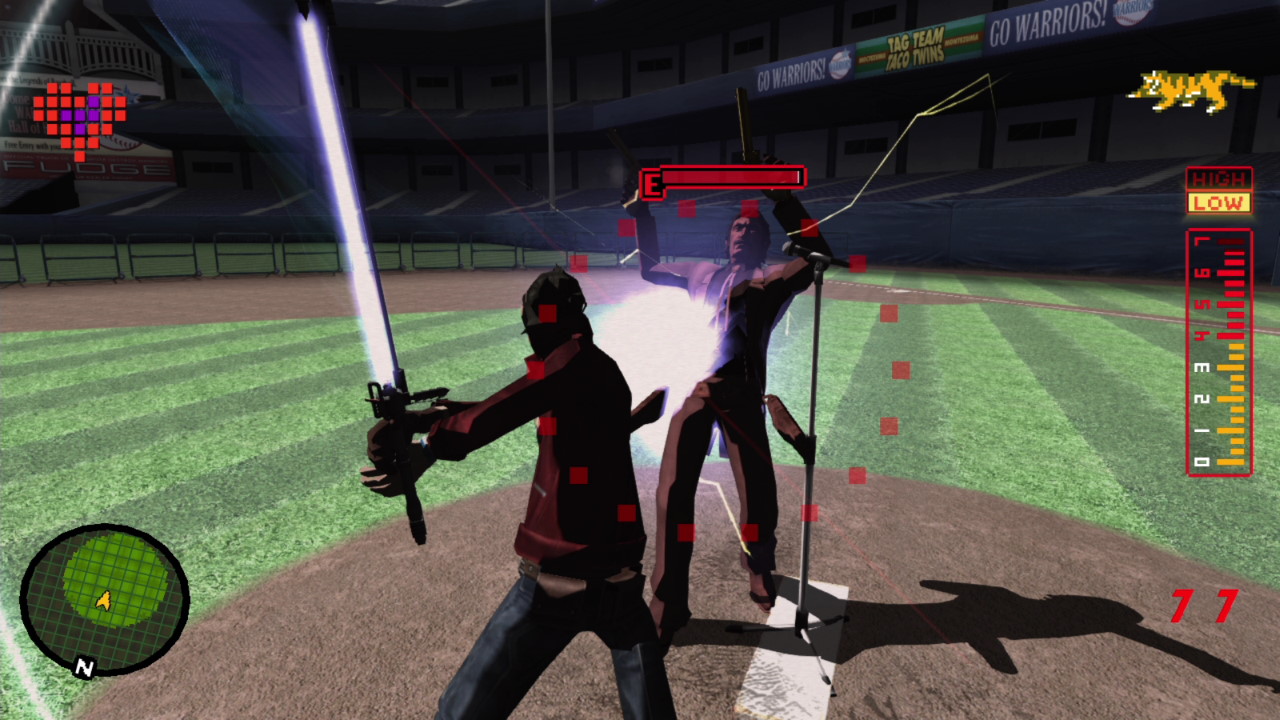 At their core the No More Heroes games are old school beat-em-ups. Players take control of Travis Touchdown on his murderous quest, and murder they shall. Waves of enemies will come at you as you power through each new mission, and taking them out is action gameplay bliss. Originally crafted for the Wii, No More Heroes and No More Heroes 2 featured a heavy emphasis on motion controls. Those are ported over here with the Joy-Con, but I actually found this not as enjoyable.

Instead you can use a Pro Controller which assigns the killing blows to a flick of the analog stick instead. Likewise, the high vs low attack mechanic, where you try to hit enemies where they aren’t defending themselves, is managed by buttons instead of controller angle. The result is a quicker and easier to understand experience for the player, even if it detracts from the coolness factor we all enjoyed back in 2008.

What makes both No More Heroes games so much fun is how completely unique they are. Sure, the gameplay is somewhat button mashy at times, and the core experience doesn’t change all that much even through the series evolution. But at all times in No More Heroes the game can take a sharp turn, shifting from beat-em-up to something wildly different. And layered on top of this at all times is the slick styling that Suda51 always infuses within his creations.

This is especially true in No More Heroes 2: Desperate Struggle which takes what was a fairly minimalistic gameplay suite and expands it greatly. Some of the minigames might not always be your favorite, but they break up what would otherwise be a pretty straight forward affair due to the emphasis on combat. 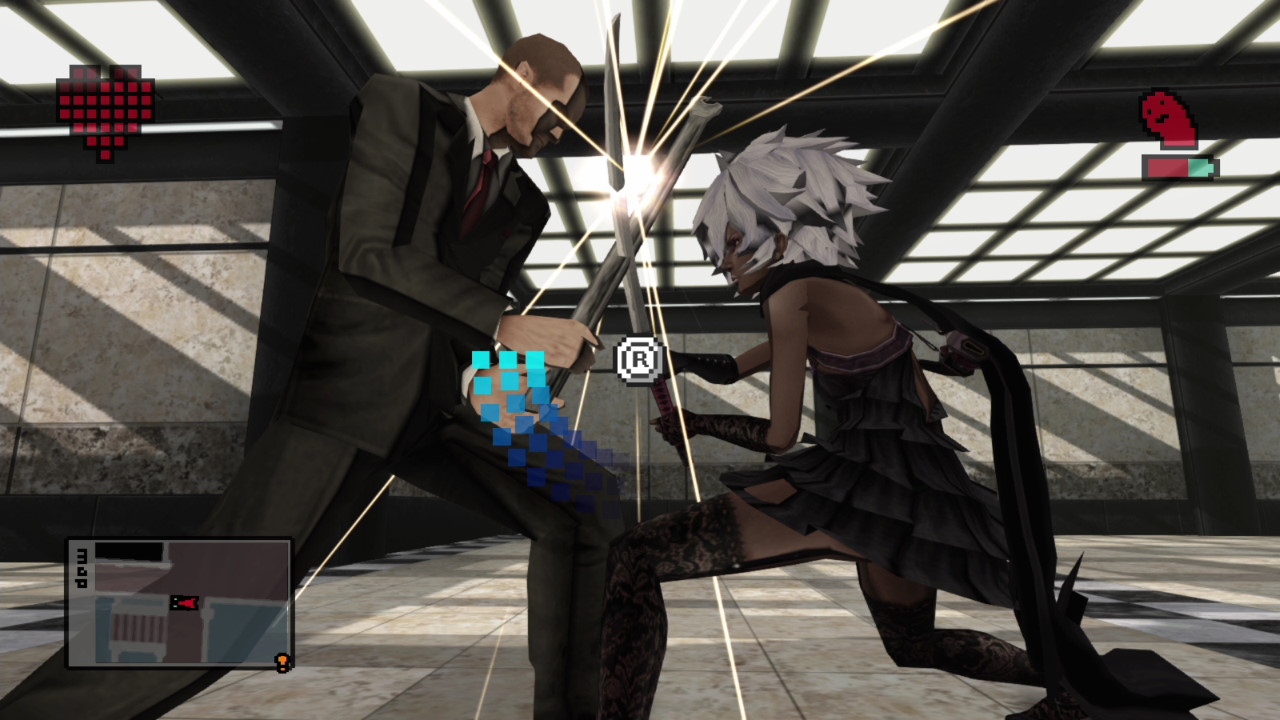 What never really worked well in the series was its open world content. Missions are scattered all around the city, with just a few points of interest in between. Not much often happens as you make your way there, so it ends up feeling like padding on occasion. It’s nice to explore the city though, so it would be passable but the motorcycle controls are frustrating so most players find it’s better to just ignore this piece of the game as much as possible.

The real star of these games and this series as a whole is its meta, satirical story and world. Travis Touchdown sets the stage, connecting to the player through his interests in video games, anime, and other pop culture topics. The over the top nature of every character and story beat is simply sublime, as long as that’s your kind of thing. As crude and annoying as some characters, including Travis himself many times, players will come away with many laughs and memories that other games simply don’t provide.

Almost all of this was true of the original releases, so what has changed beyond the controls? Not a ton. The games have had their visuals upgraded, to be sure. But they still look like decade old games and really that’s to the games’ benefit. The style and clear love for retro style games still clicks today and both No More Heroes games deliver it well. Could more have been done to refine them? Sure, but few complaints can really be found with these ports. 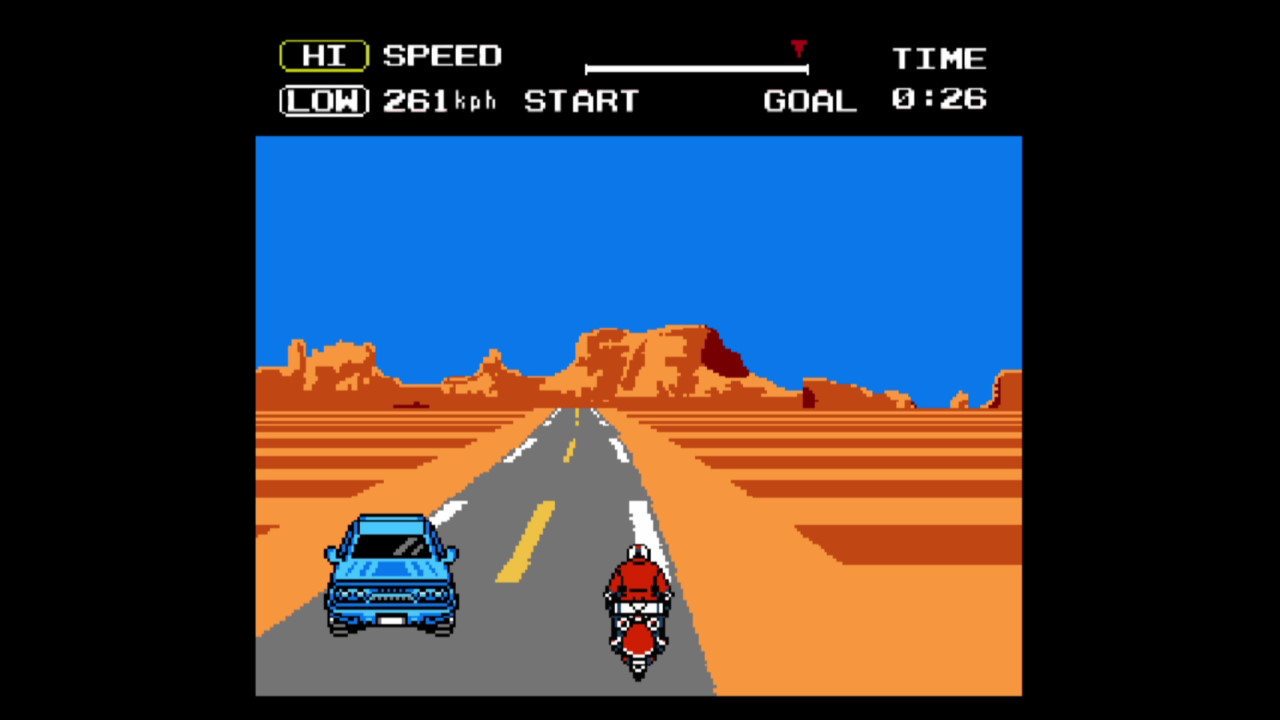 And with that said, these games are brutal and offensive in all the right ways for that type of player. But if you don’t like reveling in violence and sexuality, especially of the crude and often childish variety, then stay far far away from both of these games. But if that sounds enticing in any way then you have probably already played them and just want to know if these are good ports, which they are.

No More Heroes and No More Heroes 2: Desperate Struggle are right at home on Nintendo Switch. The games have aged remarkably well, and still feel fresh and exciting amidst a sea of AAA gaming sameness. There’s no massive additions or changes in the transition to Switch, and some gameplay frustrations still remain that likely shouldn’t. But fans will be very happy with what’s offered here and newcomers will find this to be the definitive way to experience Suda51’s masterpieces.