The latest news in the world of video games at Attack of the Fanboy
August 11th, 2015 by Kyle Hanson 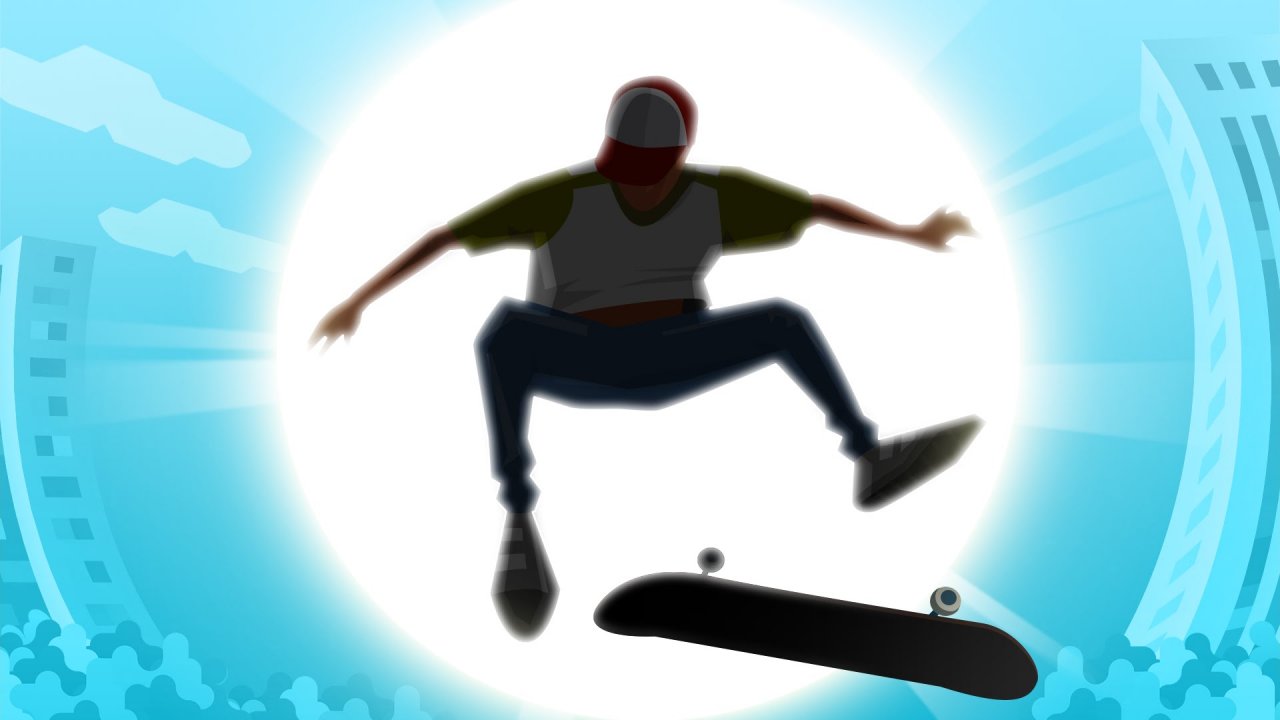 OlliOlli 2: Welcome to Olliwood is the type of game that can consume your life. It has a seemingly short learning curve, throwing you into the game after a very brief tutorial, but beyond that is a deep and rewarding experience that will have you addicted shortly after the first level. It’s main conceit is the control method, which separates it from other skating games, causing initial confusion, but once players get the hang of it, the beauty of the simplistic design becomes apparent.

OlliOlli 2, as the name suggests, is all about skating. There’s no real story or anything else to get in the way. You’re a skater, you play on a multitude of different tracks, and your goal is to get the high score. Of course there’s more than just that, with leaderboards, and various in-level challenges to spice things up. However, those are mostly optional things, with the simple design extending into the very objective of the game.

That simplicity starts with OlliOlli 2’s control scheme. Ever since Tony Hawk’s Pro Skater made skateboarding games popular, the method of control has usually been focused on button presses. OlliOlli 2 upends this by using the analog stick for tricks and jumping. Buttons are used, quite heavily in fact, but you’ll need to break yourself of the habit of tapping them frantically, as precision is more important here.

That precision is where the true mastery of OlliOlli 2 comes in, with nearly every element of the game being judged for perfection. Sure, you can grind down a railing by just jumping and holding down on the analog stick, but you won’t get the highest score unless you hit down at the right moment. Then, when you jump off at the end, you’ll need to tap A just before you hit the ground or you’ll mess up the scoring. 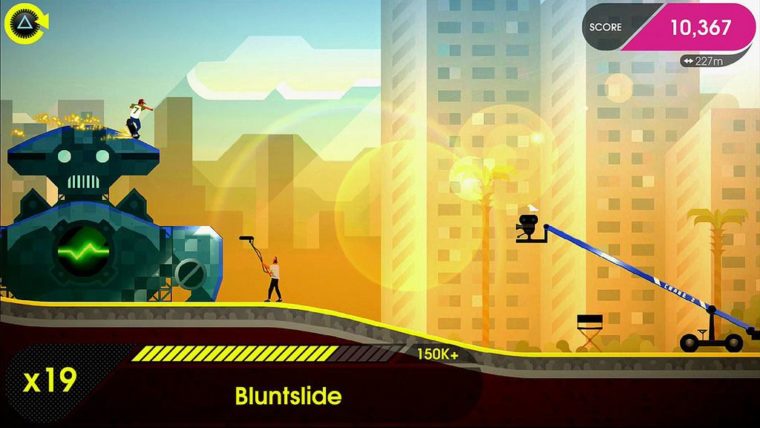 This doesn’t even get into the more complicated elements, like the tricks you can pull off, combos you can chain together, and more. Every time you leave the ground there is the potential for high points, or complete failure. You can olli into a grind, do a backflip mid-railing, finish out the grind with another flip trick, then land perfectly to solidify the score, or, as is more often the case at the beginning, you can start a grind, jump off early, and miss the landing.

That’s the whole fun of OlliOlli 2 though, forcing you to confront your mistakes and keep striving to become better.

The idea behind this seemingly complex set of moves is rather easy, it’s just a few movements of the left analog stick, followed up by a push of the A button, but pulling it off will take a whole lot of practice. During that practice you’ll crash a lot, possibly leading to frustration, but hopefully leading to a desire to perfect your game.

The level design helps here, with each of OlliOlli 2’s missions being designed perfectly to build your skill level. Starting off things will be quite easy, with levels setup to where you can skate and pull off tricks without much worry. Later on though you’ll be faced with obstacles that can quickly and easily end your current run.

Also later in the game you’ll be introduced to OlliOlli 2’s biggest addition from the last game, the manual. This move, which was pioneered in Tony Hawk’s Pro Skater 2, allows players to chain together their combos by essentially grinding on the ground. This is where OliiOlli 2 truly becomes a thing of beauty, with players able to chain together one massive combo to finish out an entire level.

Of course, this too adds challenge and frustration as you’ll likely become obsessed with keeping your combo going, meaning any small mistake will result in a level restart. That’s the whole fun of OlliOlli 2 though, forcing you to confront your mistakes and keep striving to become better. 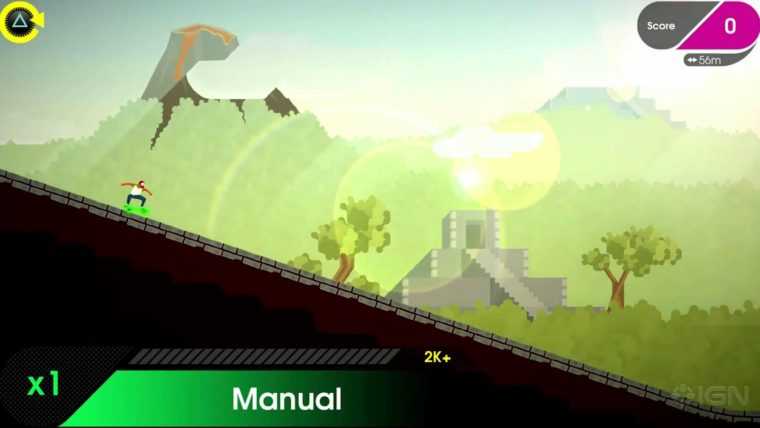 If that wasn’t enough there are the aforementioned optional goals, presenting players with challenges such as scoring X amount of point, getting only perfect grinds, or pulling off a certain number of difficult tricks. Completing these just unlocks even more challenging objectives though, so there’s practically no end to the gameplay if you are really trying for 100%.

Even if you aren’t trying for 100%, OlliOlli 2 offers a lot to enjoy, with its quick, drop in and play gameplay. It’s the sort of game you play on an airplane, or while waiting for another game to download. However, you might find yourself hooked once again, resulting in that quick five minute session turning into an hour or more.

On top of this already addictive game, the developer has added a bunch of modes that extend the life of OlliOlli 2. A “combo rush” multiplayer mode, allowing you and three friends to go against each other in real time should help you convert new addicts, while the Daily Grind, which features a new level every 24 hours to try to perfect, will keep you logging in every day. Finally, there’s the “Spots” which only give you a single trick in a particular level before it cements your score on the leaderboard for all to see. Figuring out how to manual properly will make this tiny section into a game itself.

The series began its life on the Vita, and it has only grown from there. For this PC release things haven’t been altered too much from its handheld and console brethren. Keyboard controls are present, but you’ll really, really want to use a controller for this. The graphics, with simple, 2D architecture and styling, aren’t truly impressive or awe inspiring, but they don’t need to be. They, along with the catchy soundtrack, simply move the game forward enough to keep you interested in the core gameplay. And it is that core gameplay is exactly what will keep you coming back to OlliOlli 2 over and over again.

With easy to learn, hard to master controls that build up as you progress through the game, and an addictive scoring mechanic that is always pushing you to master the game, OlliOlli 2 is a great addition to any PC gamer’s library.