The latest news in the world of video games at Attack of the Fanboy
February 20th, 2015 by Anthony Decicco 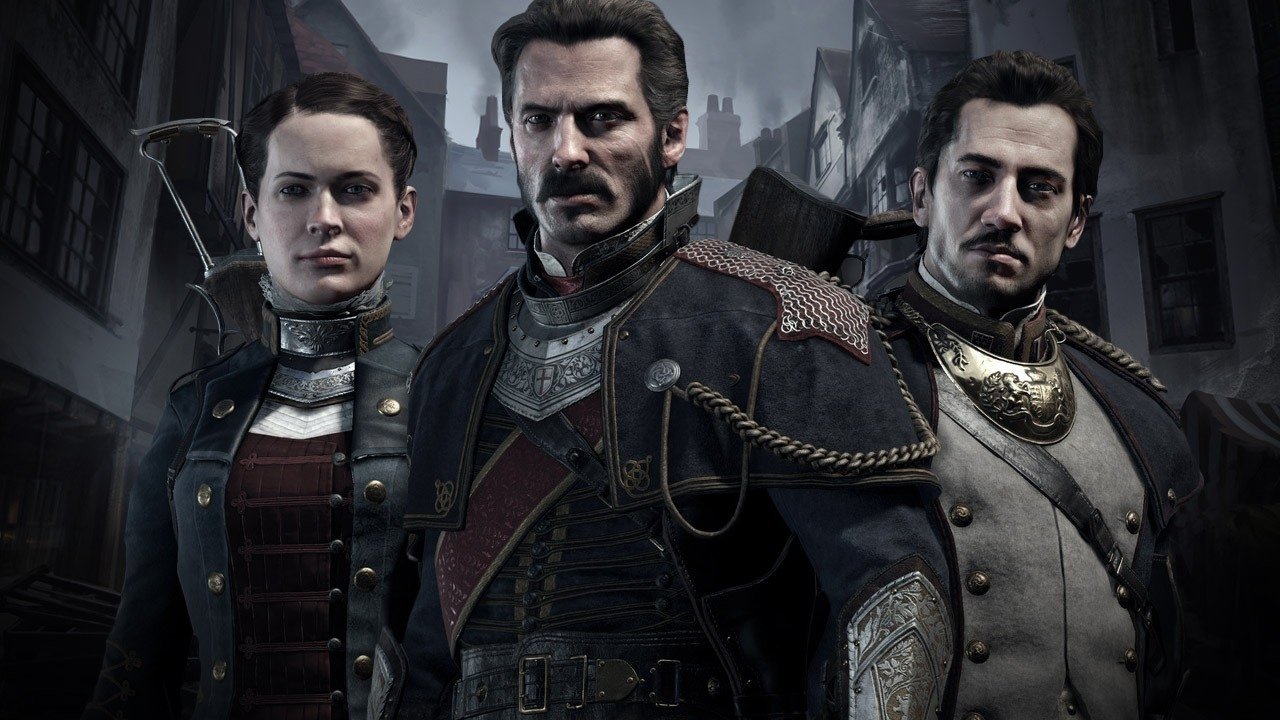 Ready At Dawn came out of nowhere with the announcement of The Order: 1886 during E3 2013, a title in development for over three years prior. The studio, which previously worked on several PSP titles and had their hand in making the God Of War Collection on PlayStation 3, finally has their first original IP. Being the first major PlayStation 4 exclusive of 2015 had no small hand in the amount of hype that was behind The Order: 1886, but it still manages to live up to the hype. Just as long as you can forgive some of the title’s shortcomings, and aren’t looking for a particularly deep game to sink weeks of time into.

The Order: 1886 tells the story of the Knights Of The Round Table, and their journey in an alternate history that has them face off against lycans and the rebels who appear to be helping them. After centuries of battle, the Knights Of The Round Table look to finally gain the upper hand. The Industrial Revolution is in full swing, bringing about new weaponry and gadgets for them to utilize in their battle against the beasts. Their discovery of Black Water, which allows them to heal upon consumption of the liquid, lets the Knights to keep up with their enemies. The story is rather straightforward and doesn’t really hold much substance other than the main conflict. The game begins when Galahad, a veteran Knight and his men are staging a mission to infiltrate the rebel base, with the rest of the story snowballing from there. It tries its best to be a cinematic experience, but in doing so it detaches itself from the action. The player is forced to watch five to ten minute cutscenes after short bursts of gameplay that sometimes last as little as twenty to thirty minutes. The Order: 1886 manages to nail the atmosphere and is graphically appealing, resulting in interesting presentation that compels the player to watch. 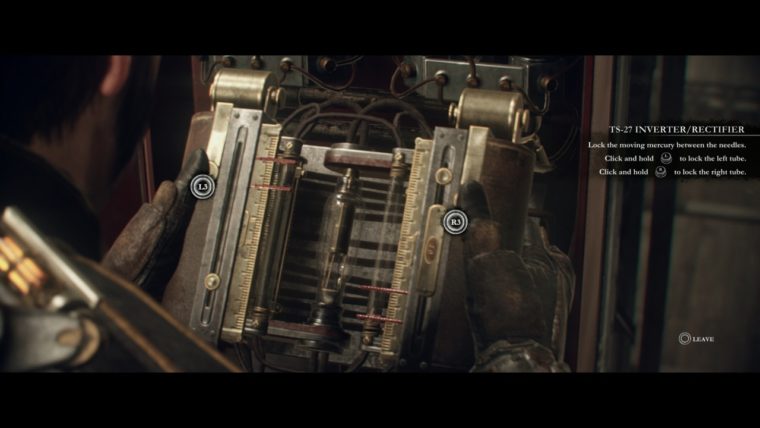 Graphically, The Order: 1886 is a wonderful accomplishment. The transitions from cutscene to gameplay are surreal and sometimes uncanny, leaving the player wondering if they are still watching a cinematic. Be it textures, facial animations, or the smoke of a thermite blast, every aspect shows off the graphical capabilities of the PlayStation 4. It quickly becomes one of the championing aspects of the title. Unfortunately, gameplay does not live up to as high of a standard as the graphics have amounted to.

Sadly, there are no genre defining features that set this game apart from other third-person shooters.

Gameplay is largely the same as many other titles in the genre, except with what feels like more limitations. These are manifested in the form of shorter gameplay scenarios, linear gameplay and long cutscenes. The cutscenes sometimes even take up an entire chapter, so before you know it you can go from chapter one to chapter six in the matter of an hour or two. Quick time events are littered throughout the game, and are utilized for the most interesting of enemies, the lycans. Sadly we do not encounter enough of these enemies, despite being a focal point of the story. Players will end up doing battle against human enemies who can be killed with one or two well-placed shots. The overall length of the game is something of a controversy but during my time with The Order: 1886, it felt on par with other titles in the genre. A good six to eight hour romp through an immersive world is about standard for a third-person shooter game. It isn’t an RPG, so time shouldn’t really be an issue. And if players want to, they can simply increase the difficulty in the options menu to squeeze a few extra hours out of the game. 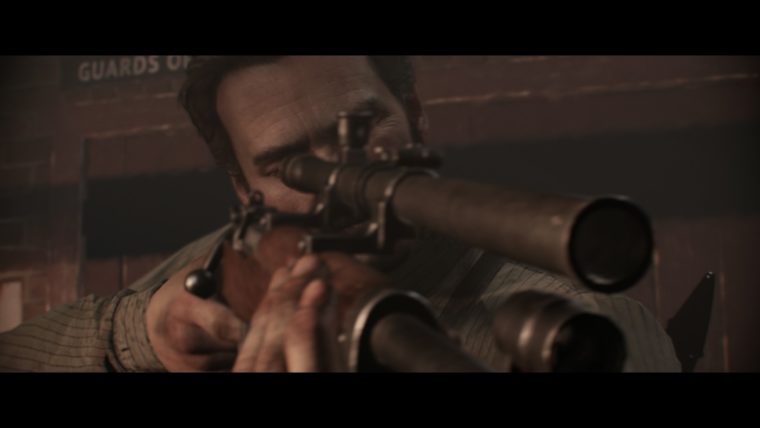 The Order: 1886 attempts to add diversity in the gameplay by taking elements from other titles, which are largely well implemented, but feel like filler in the scope of the overall game. Lockpicking, and a sort of electrical shorting mini-game are the two main filler aspects that the title attempts to push onto the player under the guise of variety. These mini-games are unique and offer their own twist on previous incarnations of the same type of mini-games found in other titles, but do not add to the overall gameplay all that much. More than anything, the game feels more like a Gears Of War clone than any previous PlayStation IP. The group aspect of the Knights, going from mission to mission, looking to uncover the truth is reminiscent of the COG soldiers and their journey. I say this with praise, as no title before in PlayStation’s stable has been able to re-create a gritty atmosphere that rivals that of the Gears Of War franchise, while presenting a group of soldiers that fans can root for. Sadly, there are no genre defining features that set this game apart from other third-person shooters.  A multiplayer component would have been a welcome addition, as it would have created some fun 4v4 battles or possibly a battle against the lycan enemies. As it stands the game simply has no longevity once players complete the main story, other than to repeat for trophies or collectibles. 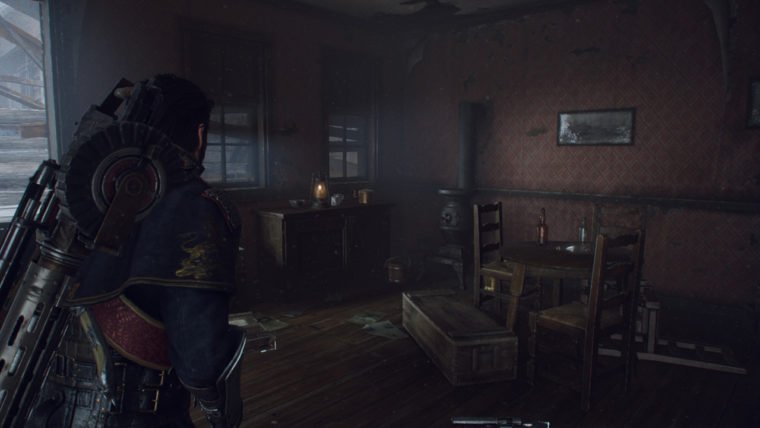 The Order: 1886 is a new IP that manages to generate interest, and paint a beautiful picture of an atmospheric alternate history. Unfortunately it doesn’t do much more innovation other than that. It recycles tried and true gameplay elements from the genre to create an experience that may be its own, but is still far from unique. Similarities are shared with another popular third-person shooter, Gears Of War. However, the lack of a multiplayer element, and a relatively straight-forward campaign that doesn’t warrant replay keep the game from reaching the heights of the aforementioned shooter. Hopefully, The Order will receive a sequel and be able to recapture the essence of the atmosphere and craft a lengthy, intriguing story for a future installment. As it stands, The Order: 1886 is simply for fans of the genre, who might be looking for a quick fix of action.

This new IP from Ready At Dawn hits a lot of the good points of a third-person shooter but neglects to add anything innovative to the mix. The constant cinematics and short gameplay scenes make this feel like a glorified tech-demo. Nevertheless, it is a gorgeous tech-demo that sets a precedent for the horsepower behind the PlayStation 4.