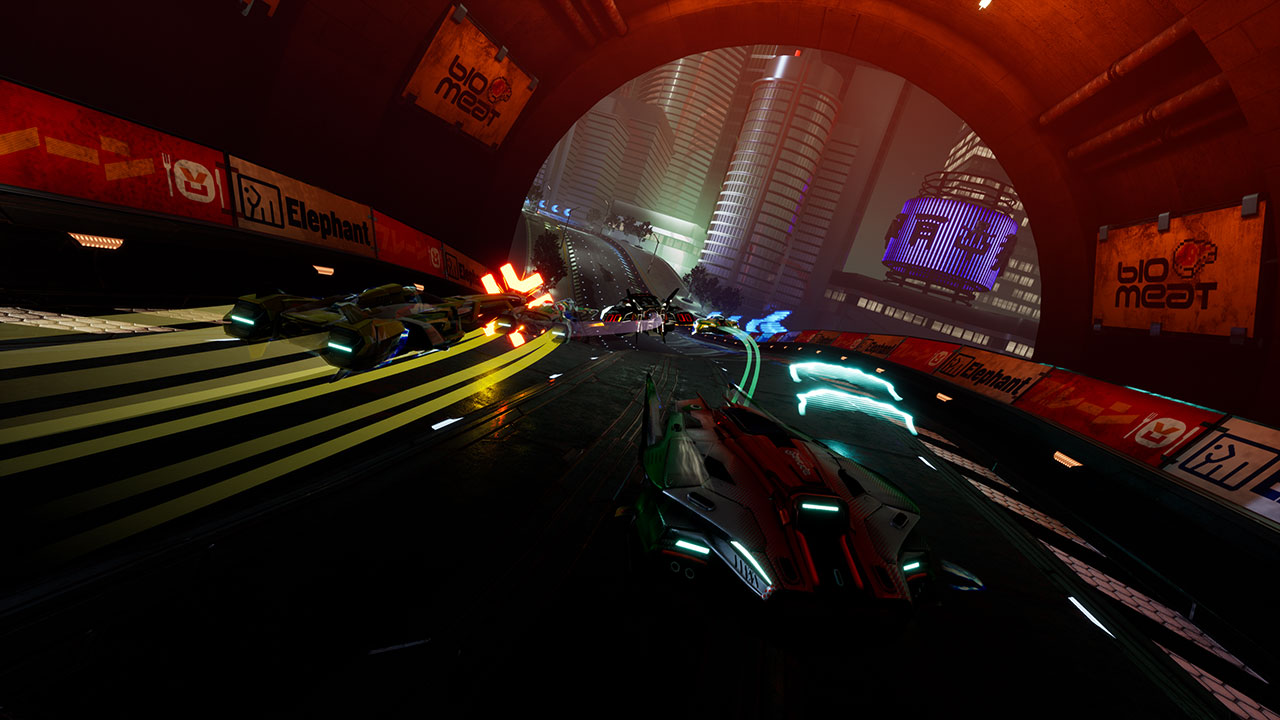 If you’re of a certain age, you’ve played your fair share of racing games like Pacer.  Personally, I can remember many nights wasted on the likes of F-Zero, Jet Moto and Wipeout.  The latter is clearly the inspiration for PACER, a game that is certainly playing the part of spiritual successor to the Psygnosis classics.  There are some distinguishing traits to a game of this type.  First, it’s got to have a soundtrack that can put you in a trance.  Second, it’s got to have the futuristic visuals and play at a breakneck pace.  PACER ticks these boxes and does a good enough job in creating a modern Wipeout game and forging its own path ever so slightly with features like online play and a career mode that has some backstory to it.

On the track, PACER is a lot of fun once you come to grips with the control and the rhythm of the racing.  You’ll be managing a combination of steering your ship to the finish line by navigating roller coaster like tracks and managing your power-ups along the way.  At your disposal you’ll have air brakes and boosters to keep you whipping in and out of the topsy turvy courses.  While it doesn’t always have the best sense of speed, the game is at its best when the tracks go from basic straights and curves to things like corkscrews and massive hills.  Throw a few boosts and power-ups into the equation and things can pick up exponentially.  You’re kept on the track by rails, but it does take a lot of skill to keep yourself barreling to the finish line without getting caught up.  This can be done through your own bad driving or via other racers hitting you with a variety of different weapon power-ups.  The courses are littered with said power-ups.  There are shields, boosts, and ammo for your weapons that you’ll have ample opportunity to pick up along any given race.  The weapons you use are determined by the racing loadout that you select pre-race or from a selection of saved presets. 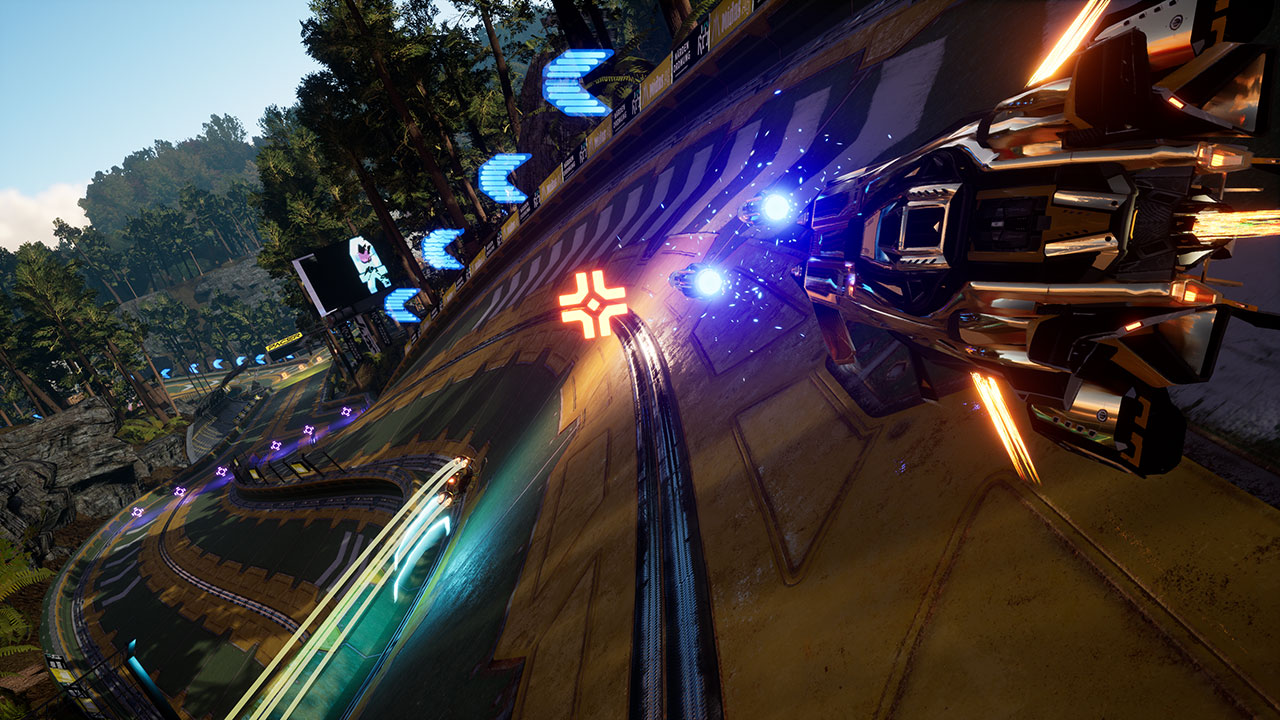 Loadouts consist of more than just weapons.  There are performance options for your craft, as well as aesthetic customization as well.  Simply play the game and you’ll earn credits to unlock this stuff.  It is the modern element of PACER and the customization that sets itself apart from the older generation of similar racers and this feature along with a variety of tracks and modes to play is what will ultimately give this game its value.  That, and the absolutely banging soundtrack from Tim Wright aka Cold Storage who was the composer at Psygnosis.  Wright’s music is combined with an extensive library of equally enjoyable tunes to make up an 80+ track playlist.  While I wasn’t personally much for the multiplayer in PACER, the enjoyable part to me was taking in these varied tracks and getting in the zone with a combination of audio and visual stimulus that’s thrown at you while playing this game.

The bad part about that is that while the customization is welcome, the early goings of the single player aspect of PACER is pretty slow and unchallenging.  While it is designed to get you up to speed on things, there’s really not too much to wrap your head around.  It probably just comes down to the AI drivers.  It really gets easy to pull ahead and never look back.  Worse yet for the single player portion of PACER is a missed opportunity to add more color to the world than a few text blurbs.  This anit-grav futuristic racing world is supposed to be corporations from around the globe battling each other on the track.  You really wouldn’t know this if you don’t stop to read things once in a while.  The user interface doesn’t do any favors to help you along either.  It’s somewhat disappointing, but almost expected that you won’t find extravagant cutscenes or excessive voiced content.  It really is all about the racing with PACER so you better enjoy it. 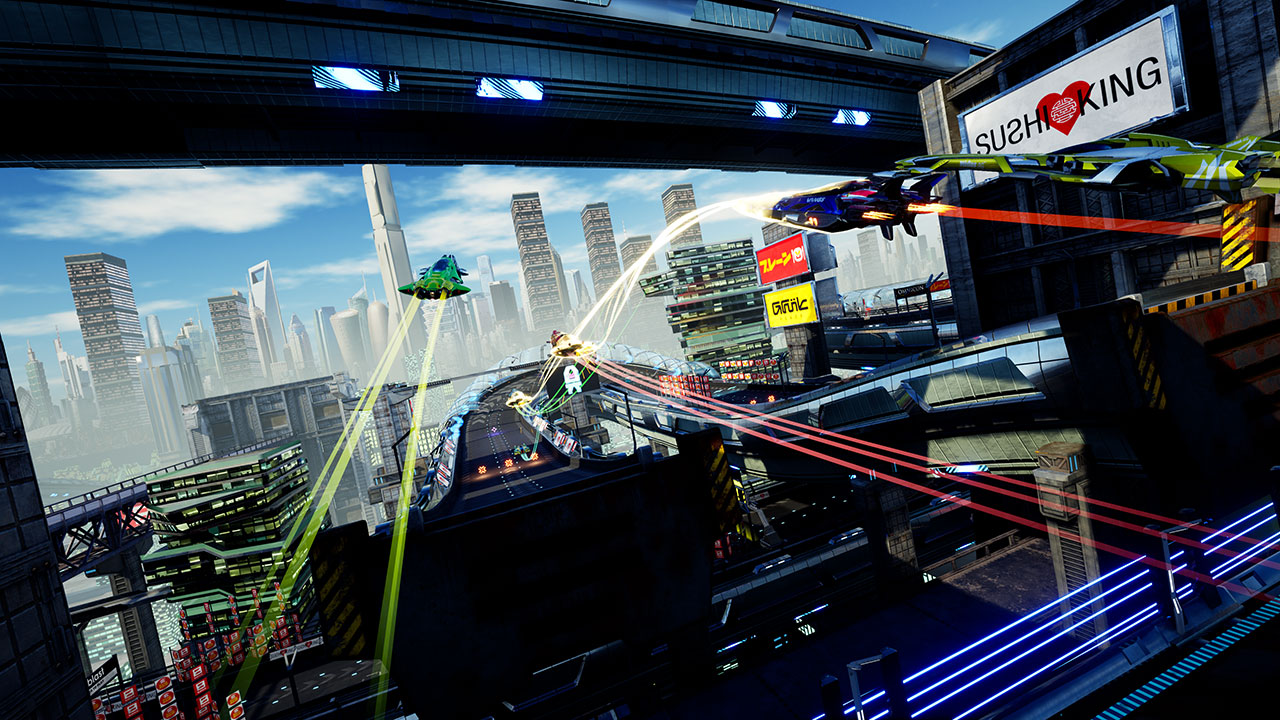 What will keep the party going is the number of tracks and the ways to race them.  The sheer number of customization options and the potential for some fun multiplayer times if that’s your bag.  The single player does feel thin, but does the perfect job if you’re just looking to get in and enjoy the sights and sounds from time to time.  While we don’t talk about value that much in our reviews, since everyone’s value proposition is different when it comes to games.. it is worth nothing that this isn’t a full-priced title.  That does make the lack of content and rough edges a little bit more acceptable.

Pacer can most definitely give you a rush of nostalgia if you grew up with games of this type.  It just doesn’t feel like it has the legs to keep you occupied once that euphoria wears off.  It’s hard to tell here at launch, but if a community forms around this game and the online actually has players to play with this could very well be a go to game to get a quick adrenaline fix.