Rise Of The Tomb Raider – Baba Yaga: The Temple Of The Witch DLC Review

The latest news in the world of video games at Attack of the Fanboy
January 30th, 2016 by Dean James 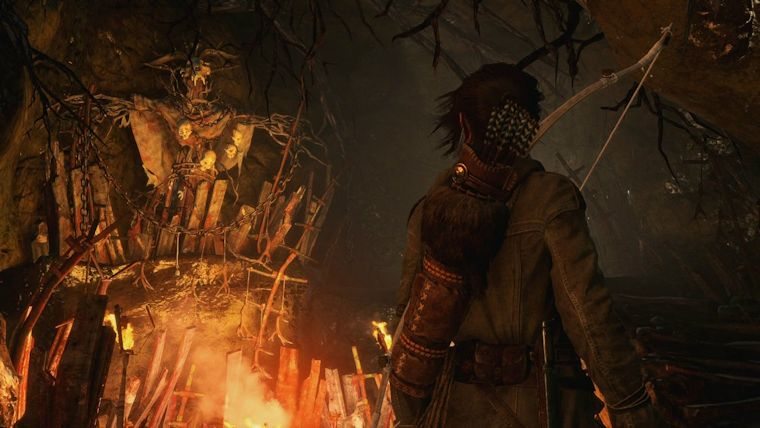 Rise of the Tomb Raider was an excellent followup to its 2013 predecessor in most every way when it released back in November for Xbox One as a timed exclusive. While the game was just released on PC this week, the Xbox One version is still getting content, with the biggest piece so far coming in the form of the trippy and seemingly supernatural Baba Yaga: The Temple of the Witch DLC.

Rise of the Tomb Raider is very story driven, with it even winning AotF’s Story of the Year award, so naturally fans would hope to get more of that here. While not really connected with the main narrative, the Baba Yaga DLC provides what is mostly a side story that touches on Lara’s relationship with her father at one point. At the start, Lara is introduced to a woman named Nadia who is searching for her grandfather that went to get revenge for the death of his wife at the hands of the mythical witch Baba Yaga.

As you search for Nadia’s grandfather in the new area known as the Wicked Vale, the story makes a few twists and turns, largely revolving around Lara trying to figure out what is real and what isn’t. The regular game tackled the psychological side a little bit, but Baba Yaga features hallucinations that superbly mix creepy with an acid trip vibe. This disappointingly does not go into much detail and is short lived on the story side, but there are still some intriguing moments along the way.

The supernatural element found in Rise of the Tomb Raider’s Baba Yaga DLC is used very effectively in not only the story, but also in how it affects parts of the gameplay. The first hallucination section is pretty straight forward as Lara is just walking through what becomes sort of a maze, but enemies are nowhere to be found, allowing you to take in the unique visual styles in this part.

The final area of Baba Yaga takes the hallucinations to another level though, via an incredibly fun boss fight. This multi-tiered fight has Lara traversing a large circular room as she fights the witch while in what is basically a drug-induced state. The general method of fighting is pretty repetitive here, but the overall fight itself still manages to stay fun with a few new elements thrown in as you go.

The supernatural elements of the Baba Yaga: The Temple of the Witch DLC is far from everything that one will come across, as that is really only part of it. The other parts are more of what you’d expect from the main game, though still very well designed. In fact, one particular puzzle found mid-way through the DLC is one of the best in the entire game. It actually requires you to think on how to advance through an area with weighted platforms, which will likely require some trial and error while managing to avoid feeling tedious. 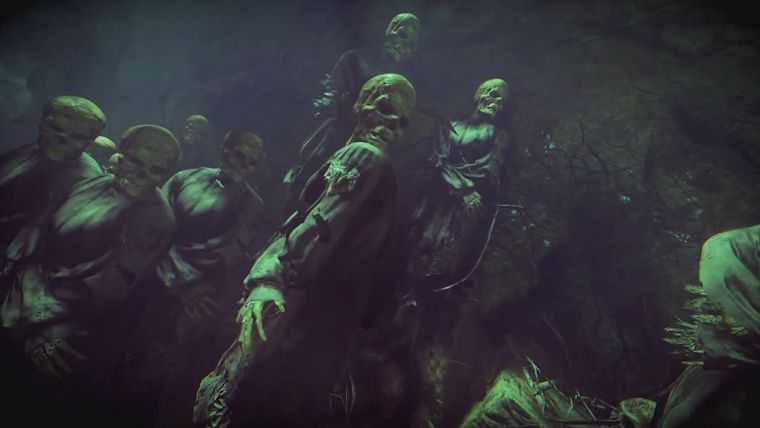 The worst part of the Baba Yaga DLC however is a really out of place fetch quest that forces you to return to an old area of the game. Part the way through, Lara must return to the Soviet Installation to find some newly placed flowers, as well as a couple deer livers. The map luckily does show you exactly where to find these, but hunting the deer can take awhile. This almost makes it feel like this part was tacked on to prolong the DLC. They really should have had everything take place in the new area, rather than having to backtrack to old areas that players have seen all throughout the game.

Rise of the Tomb Raider’s Baba Yaga: The Temple of the Witch DLC will take players about two hours or so to complete, though there are a few extra documents to find that can extend it a bit. While the fetch quest backtracking is very irritating, the actual content otherwise is quite fun, as the mythical parts mix up the usual Tomb Raider formula a bit. At a price of $9.99, the content could have been a little meatier, but it should be satisfying enough for those looking for more Rise of the Tomb Raider.

Rise of the Tomb Raider
"liked"

Rise of the Tomb Raider -- Baba Yaga: The Temple Witch