The latest news in the world of video games at Attack of the Fanboy
April 1st, 2016 by Louisa Bhairam 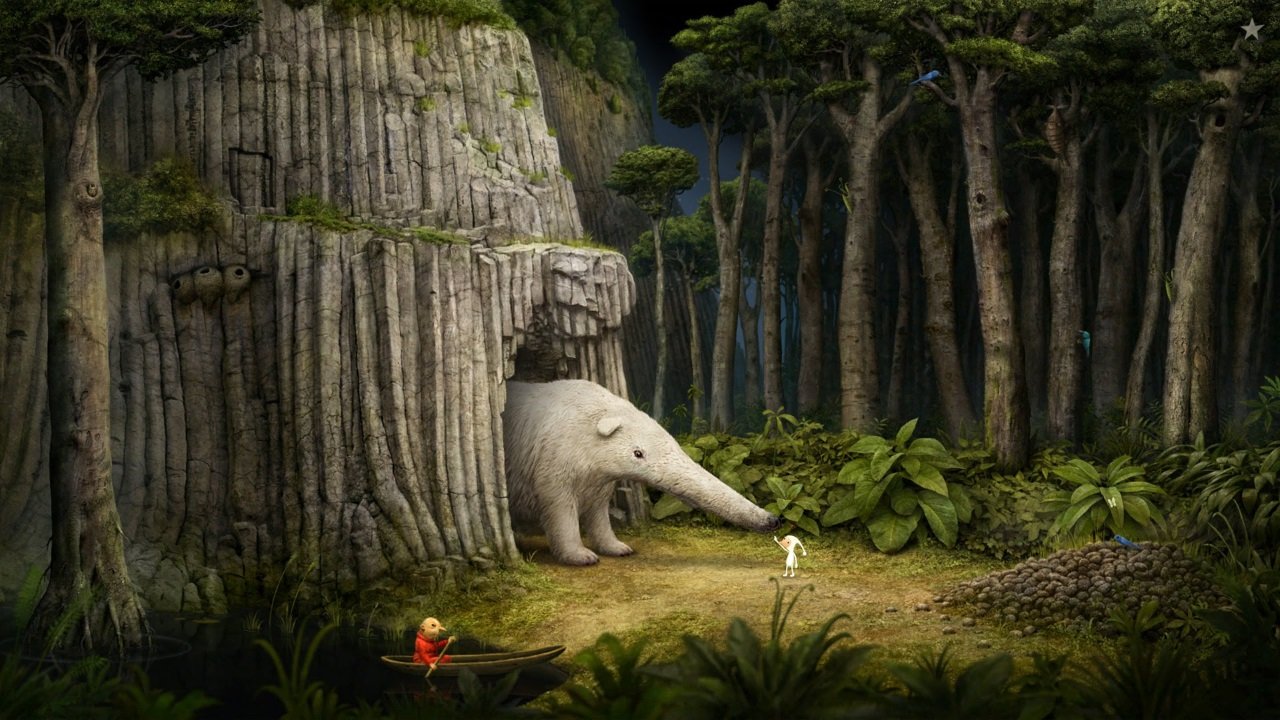 Point-and-click adventure games have become a little scarcer in the past few years, but Czech developers Amanita Design have brought us two of the best in their previous titles Machinarium and Botanicula. They now return with Samorost 3, a follow up to the other games in the Samorost series. While their previous games have cemented themselves as classics, Samorost 3 is lacking some of the magic that made these games so popular.

Despite this game being a sequel, it is not necessary to have played the other titles before embarking on this adventure. After a giant horn falls from the sky, your gnome like character must find out where it came from and heads off on a journey through space in order to solve the mystery. The story is kept very simple, and does not overwhelm you with information. Rather, it progresses quietly and steadily in the background. This is an excellent diversion from adventure games which overload your brain with information, as you are able to take everything in around you.

There are four small satellites and five planets to explore throughout the game. Those who have played Amanita Designs earlier titles will be familiar with the art style, but those who haven’t will be in for a treat. The vivid and colourful backgrounds could almost be photo backdrops, and the surroundings are so beautiful you can’t help but want to explore. The scenes are very well detailed, but rather than all be striking nature, it is interspersed with junkyard scenes and other forms of rubbish which keep the world interesting and compelling. It’s to be assumed that the scrap has come from Earth, and constructing the two ideas of nature and technology together create a surreal and unique atmosphere which is both alien and familiar at the same time. 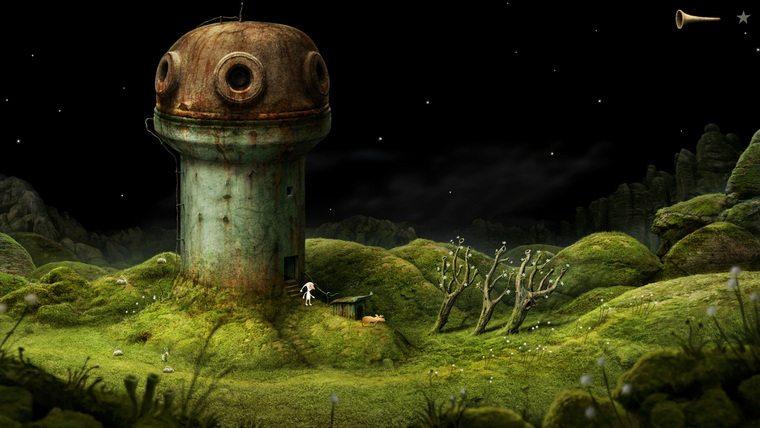 There is no text in Samorost 3, or voice acting for that matter. Interactions with other characters involve animation or image rather than voice, which adds to the already serene tone of the game. Not having voice could mean a detached gaming experience, but Samorost 3 pulls it off well and manages to make you care about the peculiar inhabitants of the planets despite not conversing with them. You use your new horn to amplify the sounds and melodies around you, and then use the horn again to emulate the noises you have heard.

Interactions with other characters involve animation or image rather than voice

There is also no text in the menu, which can get incredibly confusing. Instead of a text based menu, there are a set of images so be sure to know which one you are using at what time, otherwise you can lose your save file.

Despite there being no voice acting, the game is by no means quiet. There is an upbeat and charming soundtrack for Samorost 3, which mixes with calming sound effects and noises to really bring you into the game. Certain creatures or interactions even create songs on their own sometimes, pleasing your protagonist who dances along with them. The sound compliments the visuals perfectly, and will set you in a good mood while playing as well as add an extra little task of finding all the sounds you can. Music definitely helps to guide you along in the game alongside the scenery and puzzles.

The puzzles involve finding and using objects, sound based puzzles, memory puzzles and some based on plainly clicking in the right order. There is a mixture of using common sense and thinking outside the box. Some of your inventory items will need to be manipulated before you can use them, and you can also move forward with the help of inhabitants and creatures from the planets. Once puzzles are completed, you are usually able to move on to the next environment and continue to explore. There is also a built in hint system for players who get really stuck, which is a nice and well-illustrated addition. However, we would recommend leaving this as a last resort in order to appreciate the game fully. Clicking around when stuck is a good option, as you may set into motion an object or character which wasn’t expected. 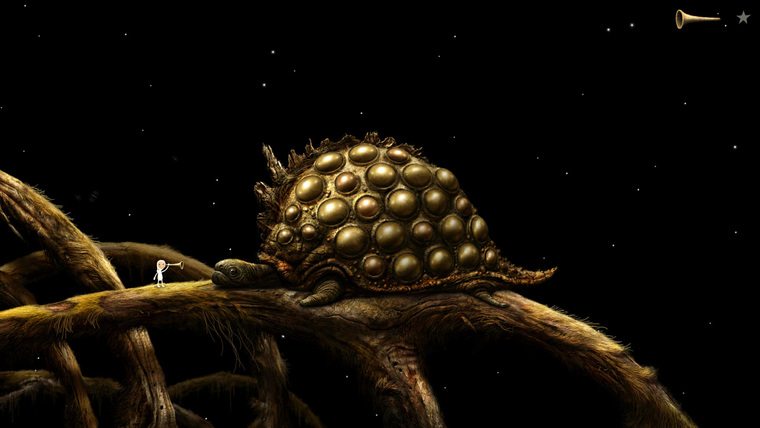 Samorost 3 falters sometimes with its execution of puzzles. A bit of backtracking is involved, and it can get a little frustrating. There are also items which you are unable to pick up unless it’s the right time, which again can get annoying. This trying quality of some of the puzzles takes away from the genius of the great ones.  After a while, the puzzles get a bit more unfulfilling as they go on, as they do not get more difficult over time and this linear formula begins to get slightly stale.. Although the simplicity of the game is one of its strong points, it can be its downfall at times too. With the lack of explanation to your purpose, or without a strong narrative goading you on to the next quest it can be easy sometimes to forget why you are even exploring this world(as nice as it might be). Another negative is in its length. It is a short game with about 6 hours of gameplay altogether, which seems like a shame and a waste of the immersive universe Amanita have created.

Samorost 3 is a beautiful game and definitely worth experiencing if only for the visuals and musicality. It is a pleasant adventure with some great ideas, but is let down by its short gameplay and sometimes frustrating puzzles.