The latest news in the world of video games at Attack of the Fanboy
September 15th, 2015 by Dean James 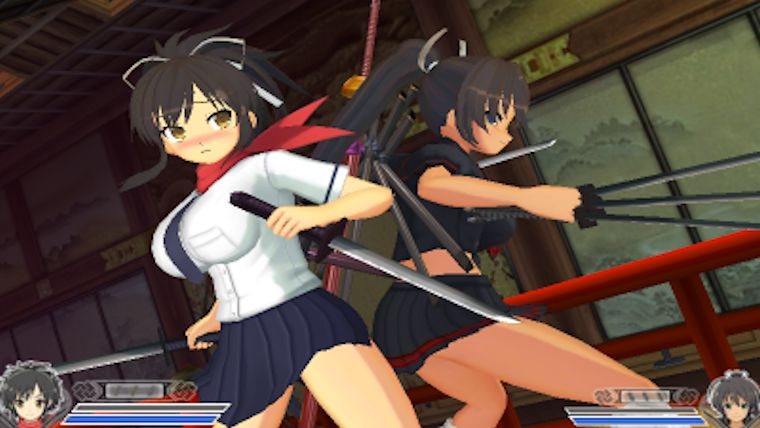 The Senran Kagura series first debuted in the US two years ago with Senran Kagura Burst on the Nintendo 3DS as a fun little guilty pleasure. After a couple spinoffs, the series has now returned once again to the Nintendo handheld with the first true sequel, that is full of just as much fast-paced action and fan service as ever in Senran Kagura 2: Deep Crimson.

Following directly on the events of Senran Kagura Burst, the two rival academies are back again and this time must find a way to work together to take down a common enemy, while of course having their own issues with one another. There are also a few new characters that are introduced, including even the first playable male character in the series.

As has been the case with every entry thus far in the series, the interactions between the characters really add a layer of enjoyment to the game. The girls in the two academies have hilarious enough conversations among themselves, but the finest come when the two academies come together. Asuka and Homura really have become the two lead characters in this series for the most part, and the antagonistic, but yet still playful relationship between these two really do provide some of the best moments once again.

While Senran Kagura 2: Deep Crimson certainly does provide a funny and enjoyable story, it is certainly far from deep. Instead, it serves as mindless fun for gamers, helped by the prevalence of fan service that the series has always been known for. Sometimes these moments can feel a little over the top, but that’s just to be expected with this series and it never approaches anything offensive.

The ability to change the clothing and accessories on the girls has been a part of the series since the beginning too and this time Tamsoft has added in a new feature that is rather cool, but likely won’t be used by too many. This is the ability to utilize the 3DS’s AR card that came with the system and take pictures of your favorite Senran Kagura girls over the card in real life backgrounds, which can then be saved and shared.

The gameplay found here is essentially the same as found in its predecessor on its surface, with pretty simplistic attacks, but those can then be chained into more complex attacks that have been improved this time around, with more being unlocked as you level up. The combat is taken a step further with special attacks and Shinobi Transformations, which are absolutely vital in the longer levels due to almost unfair difficulty spikes at times.

The Senran Kagura series has certainly been no walk in the park difficulty wise in the past, but this is the first one where the difficulty curve feels almost too harsh a lot of the time. The game’s mission mode offers five different chapters worth of story and this is where the difficulty spikes can very quickly be seen. In particular, some of the boss battles are incredibly intense and someone who has never played the series could get frustrated and just stop playing entirely.

One area that does help somewhat with the difficulty, also the biggest addition in the game, is the ability to play with two girls at once. Instead of being limited to controlling just one of the girls, you can take two out for a spin at one time, though typically the game chooses which two. 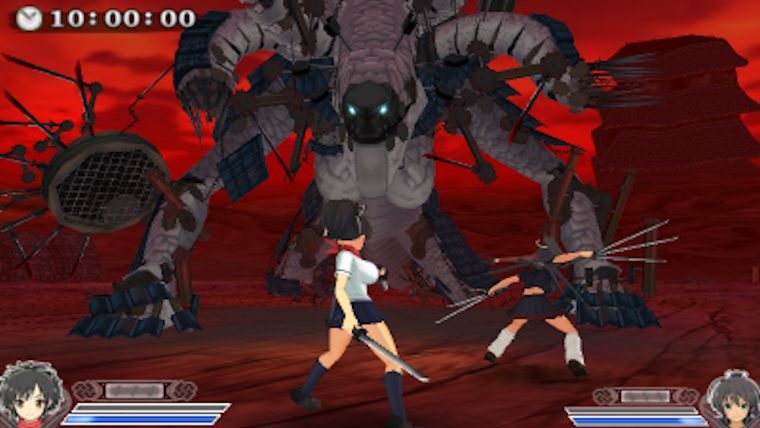 Even better, the game allows you to do this as both a single player or with co-op, through either local or online play. If solo, you can easily switch between the two characters with the quick press of a button, making it actually feel like you have control of two instead of just the one. These pair battles also mean you will be facing off again paired boss battles as well, so these can still be rather difficult.

The series’ humor is at its best here

Beyond the story mode, there is yet another mode that really utilizes the two player battles well known as Yoma Nest. This game mode takes a very different approach from the typical missions and instead serves as essentially a gauntlet mode for the game. Made up of 14 floors, you can make your way down the pyramid and earn more EXP by making it so far without healing. This can get quite intense the more you advance through the pyramid, with it really personifying the very steep difficulty curve found in Senran Kagura 2: Deep Crimson, so tackling Yoma Nest with a partner is greatly recommended.

The game also offers a number of Special Missions, which are mostly more advanced versions of the Yoma Nest stages, with special clear conditions. These vary from options like having to defeat enemies in a certain manner or finishing a stage within a time limit, often making these pretty difficult to contend with. The big attraction to this game mode is the ability to obtain Shinobi Stones, which can be equipped to enhance the stats of the different girls to help in battle elsewhere. 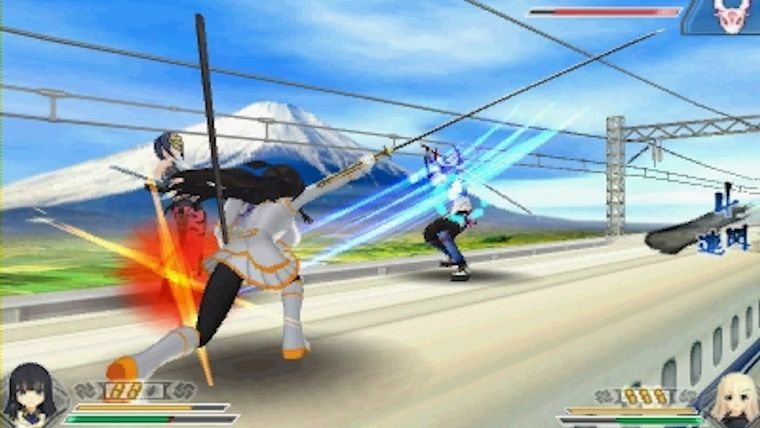 Senran Kagura: Shinovi Versus, while technically a spinoff, really felt like a natural progression of the series in many ways. The biggest was that of more large scale stages that game you more 3D environments to explore. However, Senran Kagura 2: Deep Crimson forgoes that approach and instead just returns to the somewhat disappointing 2.5D setup. This doesn’t mean that the 2.5D stages are bad or that there aren’t any stages that are more impressive in this department than its predecessor, but it would have been great to see bigger locales, rather than just the occasional arena setting.

Senran Kagura 2: Deep Crimson returns the series to its Nintendo roots with the series’ first direct sequel. The gameplay isn’t remarkably different, but there are enough smaller changes throughout to keep things interesting, most importantly the inclusion of two player combat. The series’ humor is at its best here and fits perfectly with the fan service filled experience. While not a major step forward overall, Senran Kagura 2: Deep Crimson is still a lot of fun and definitely is worth checking out for any fans of this niche series.