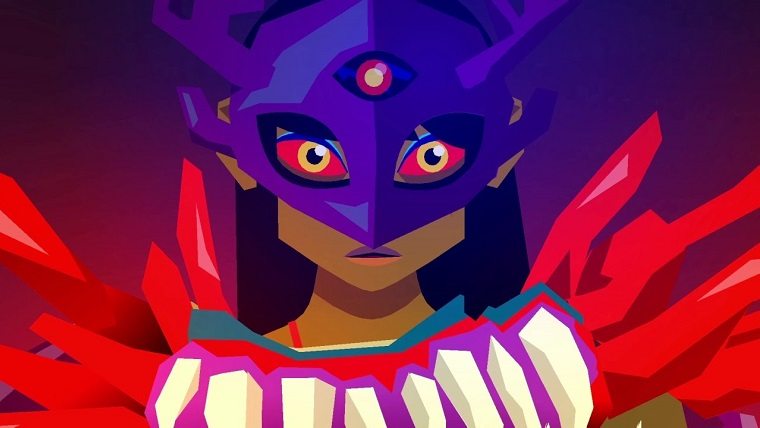 DrinkBox Studios has been known for delivering light-hearted games since their debut with Tales From Space: About a Blob in 2011, which was a side-scrolling puzzle platformer that was made even better with the 2012 sequel, Mutant Blobs Attack. However, it was 2013’s Guacamelee that really won the gaming world over unanimously, thanks to its fantastic gameplay and silly sense of humor. I bring up their previous games and the tone that accompanied them as a means of contrasting with what they have brought us this time, which is a game that is on the complete opposite end of the spectrum of anything they have ever done before in just about every way possible.

Severed is a dungeon crawler with metroidvania elements that puts you in the shoes of a young woman named Sasha, who begins the game by discovering that one of her arms has been chopped off and her family is missing. A demonic figure tells her that she must find her family and gives her a sword to take on the game’s demented beasts, but what lies ahead can only be described as grim for poor Sasha. While Severed borrows from the style and color pallet of Guacamalee, the world that it creates with those tools could not be more different. The colorful areas are barren and accompanied by an ominous score, with very little in the way of friendly NPCs to help you along the way. The studio’s typical side-scrolling perspective has been ditched for a first-person perspective, which only heightens the creepy mood that the game lays down.

However, the most unique feature that Severed brings to the table is its combat, which is entirely touch-based and tailor-made for the PlayStation Vita. Throughout the course of the game you will encounter enemies that must be attacked by swiping the Vita’s touchscreen, with both light, heavy and charge attacks being possible. While this may seem basic at first, each enemy has a defense mechanism that needs to be accounted for in order to deal damage to them and eventually bring them down. Some enemies will have armor that needs to be broken through, while others will have vulnerable parts of them that are only exposed at certain times. The game never allows you to just mindlessly swipe the touchscreen to claim victory, which makes it consistently challenging and keeps it from becoming monotonous. 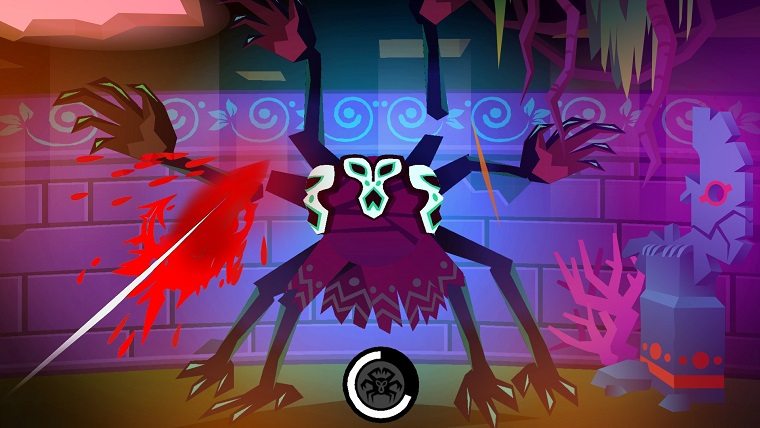 Combat is incredibly frantic and fast-paced, with Sasha regularly taking on several enemies at once that you need to switch around to on the fly as their on-screen attack gauges build up. As the enemies get more powerful you will also be learning new moves that add more elements to the gameplay, such as being able to temporarily stun enemies or absorb some of their stat buffs. While the fact that the combat is touch-based could spell the doom of a game like this if it wasn’t calibrated correctly, each swipe of the Vita is spot-on and any mistakes made are entirely your own. My only problem with the touch-based gameplay is that it can grow tiresome during longer play sessions, as you’ll be doing a lot of very fast swiping on a regular basis. It’s a blast and it works perfectly, however, so its faults lie not in its execution but in its premise.

Severed is a very different DrinkBox game, but the risks definitely paid off

Severed also features light RPG elements, though the way that it incorporates them is very unique. Where most games would just give you experience points at the end of each battle to put towards the game’s 3 stat trees, this game makes you work for your stat increases. As each battles wages on and you string consecutive attacks together you will build up the game’s focus meter, which will eventually fill up and allow you to sever the limbs of enemies once you defeat them. This may sound mortifying, but it is through the use of severed enemy limbs that you level up your abilities. This is a great mechanic, because it forces you to play the game as best as you can in order to reap the benefits of its stat trees, which are imperative to progress through as the game gets increasingly more challenging.

The other major element of Severed is its metroidvania-esque navigation system. You have several areas that you will go to throughout the game, with each one having rooms or areas that are blocked off until you have the correct item to pass through them. Each room is presented as a node that you can do a full 360 search in, which will contain things like item jars, gate switches and hidden secrets that can lead to stat-boosting items or even entirely different areas. While Severed does feature a maze-like design that other dungeon crawlers do, it also features the meticulous design of metroidvanias to keep it from growing stale. There are always puzzles that require you to use your head in order to progress, with the game very rarely allowing you to just casually wander through one of its areas. 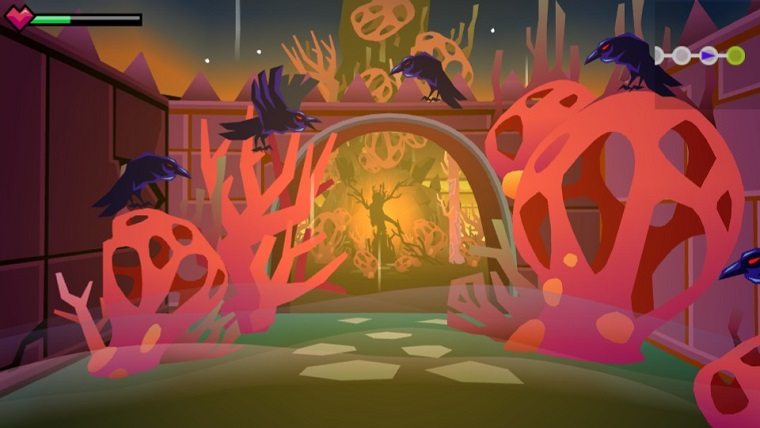 Despite borrowing elements from genres that are typically found on the more hardcore side of the gaming spectrum, Severed is able to carve its own niche by simplifying things a little. The metroidvania-esque layout is meticulous and varied, but it isn’t so dense that you’ll be wandering around lost for 10-15 minutes at a time. Puzzles pop up regularly and require a bit of thinking, but nothing that is ever going to drive you insane or get you stuck in the game for too long. Perhaps most importantly, the RPG elements are streamlined enough so that there is no need for any sort of level grinding and you can proceed through the game at a consistent pace. This is not only essential for the kind of game that DrinkBox is trying to make, but also for a game that is designed primarily for a handheld. It’s very easy to just hop into a quick session of Severed and get in a few good minutes of gameplay, which is thanks to the fast-paced gameplay and frequent auto-saves.

One of the main vibes that Severed gives off is that of isolation, which is not only due to its abandoned locations, but also the sparse storytelling that it offers. As you make your way through this 7-ish hour adventure you will only be getting the occasional bits of dialogue, with the game’s mystery being one of the driving forces that keeps its so compelling. You’re not quite sure if the world you are in is reality or a dream, and the allegiances of the handful of characters that you come into contact with are vague, to say the least. This creates a constant sense of unease, as you are instead forced to piece things together yourself via the occasional clues that the game’s world presents.

It’s entirely different compared to anything DrinkBox has done before, but Severed is an experience that anyone with a PlayStation Vita needs to check out. The touch-based gameplay works extremely well and is a ton of fun, and the game’s world is so twisted that it keeps you on the edge of your seat from start to finish. DrinkBox has succeeded in not only making a fantastic game, but also in making the PlayStation Vita relevant again in a time where most have left it for dead. Severed is the call to all gamers to dig out their dusty Vitas once more, as the neglected handheld has quietly acquired one of the must-have games of 2016.