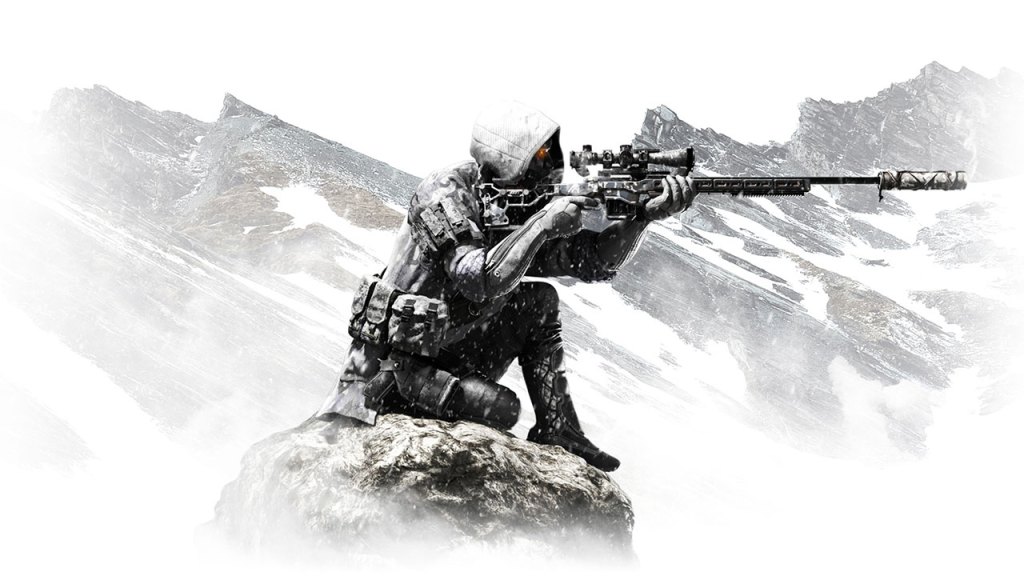 In Sniper Ghost Warrior: Contracts you play the role of an Operator who’s been placed smack dab in the middle of conflict in Asia where Siberia has broken off from Russia with a conflict that centers around the tug of war going on over the precious natural resources of the massive Siberian landmass.  As the Operative, your job is to basically complete the missions that your handlers set forth, and that’s where the game gets a bit interesting.  The story in Contracts is somewhat forgettable, but the loading screens and pre-mission cutscenes at least attempt to put some backstory into the who, where, and why you are doing all this killing.

The story is an interesting premise where Siberia splits from Russia 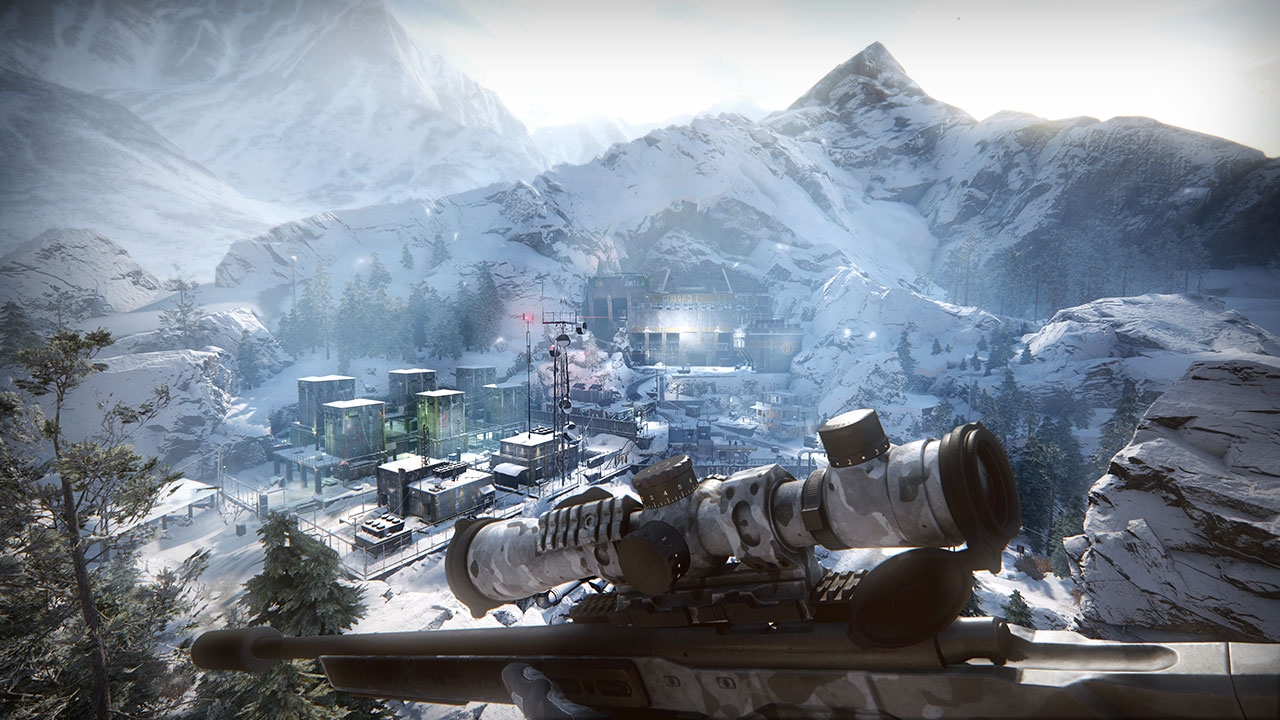 Sniper Ghost Warrior: Contracts is part stealth game, where you’re asked to infiltrate areas and remain undetected.  It’s also part sniper simulator, with the finer details that you’ll need to tend to like lining up the perfect shot accounting for things like wind and distance.  On both fronts, the game plays pretty well, except for when some of the technical problems like frame rate drops and stuttering take place (on the Xbox One version we tested).  It’s also a game that vaguely reminds of the Hitman series in some ways with its many ways to approach your objectives, which are laid out in front of you and you can choose to take them or not before heading to an extraction point.

There are five maps in total, each with a unique feel that you must navigate using a combination of your binoculars, sniper rifle, and tactical display which allows you to highlight key areas of the massive maps.  These sandbox levels do have a good bit of variety in them, which could have you sneaking around and trying to take out guards with silent melee takedowns.  Or you could alert everyone and need to go loud with your secondary weapon.  You could also find an elevated position and snipe out the enemies and cameras that are in your way.  There really is a lot of variety to the gameplay here, but the best of it is certainly the long distance shooting (as you would expect from a game called Sniper Ghost Warrior.

There’s a lot of variety, but sniping is the best part about this game 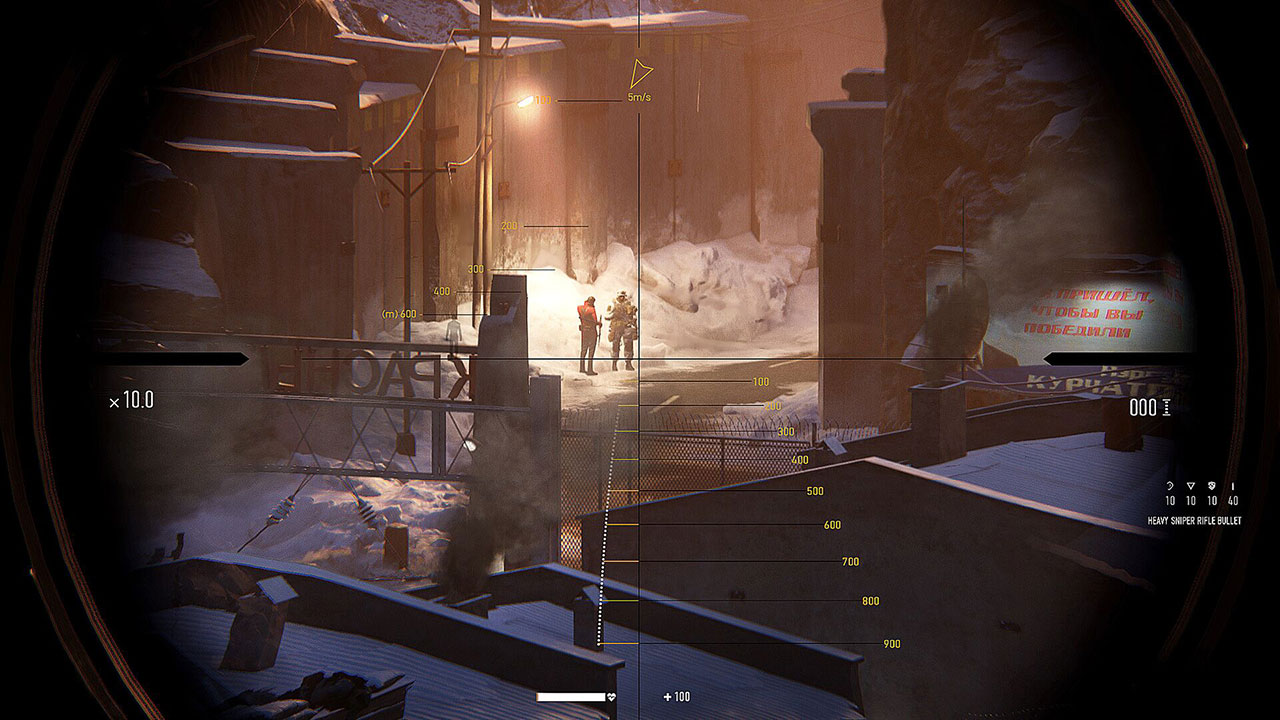 There’s nothing quite like the bullet time effect that you get from a perfect headshot from distance in this game.  Whether it was the first time or the 100th, this never gets old.  Considering that you really do have to take into consideration of number of variables when making shots at range, this let’s you know instantly that your calculations were correct and you’ll see a vicious cinematic kill.  The stealth aspects of the game are often times equally impressive with brutal melee takedown animations, but it’s incredibly easy to alert all the guards in an area once you’re trying to sneak around.  Oddly enough, it felt like the enemies could never hear you coming.  So long as you were not in their vision cone you could run at them full speed and take them out.  That said, the stealth and enemy vision feels good, it never feels cheap, it’s just not the best part of this game.   If you want to complete all the objectives in a given area though, you’ll need to play in these different styles other than sniping that people come to this game for.

The problems also come from a game that feels a little bit rough around the edges in spots.  Those spots are mostly everything that is not sniping or sneaking.  The game looks great when its standing still on the CryEngine, but once things get more hectic the performance does tend to dip quite frequently.  Cutscenes even had some hitching which felt odd, so much so that I reinstalled the game to make sure my performance issues on the Xbox One weren’t from a bad install.  The platforming and traversal elements of the game feel a bit off as well, with things like climbing from ledges and making connection jumps often having a weird floaty feel to it that never quite feels as natural as it should.

Contracts can feel a little rough around the edges 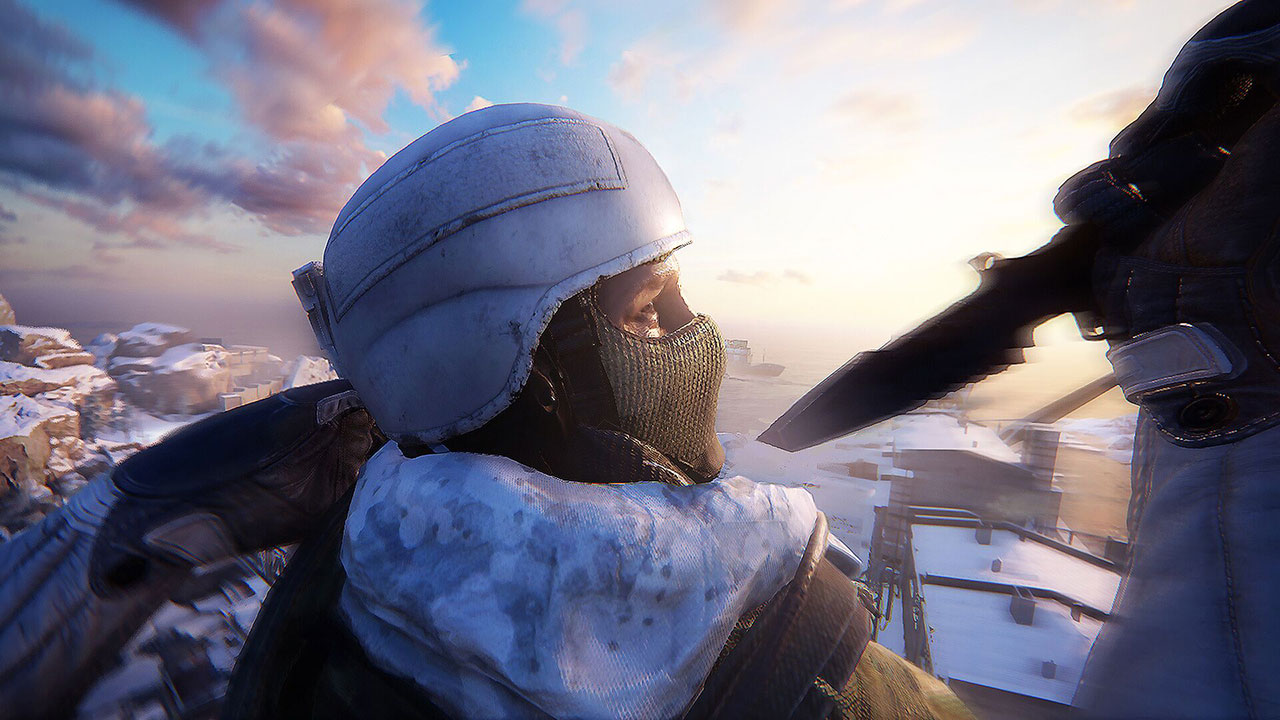 With the game being a stealth game there is a fail state to that stealth, and that’s when the enemies see you and start shooting back.  This is probably the worst aspect of Sniper Ghost Warrior: Contracts as things start moving fast and you get to see some rough first person shooter action on display.  From the aforementioned performance problems that will likely crop up once there’s a little more action on the screen to throwaway weapons that feel loose and weightless, this action is avoidable at all costs.  The good news is that you can head for the hills and return once things calm down, and that’s probably the best way to approach things once you’ve alerted the enemies.

There is a fairly deep game here for those that can overlook the shortcomings of the basic gameplay.  There are quite a few gadgets to unlock and use during your missions.  With things like Med-Kits, Frags, Throwing Knives and more made available as you progress.  There are numerous bullet-types which can be used in your rifle, that allow you to do things like tag enemies, lure them to certain locations, or pierce their armor.  There are numerous types of rifles to use as well, which can be equipped with suppressors for stealth approaches or heavy ammo for devastating damage and disgusting enemy dismemberment.  The customization options in the game on the gear and gun front are to be commended, but you can also purchase different perks for your character as well with things like additional stamina, better camouflage, the ability to carry more weapons on your suit.  You can purchase support items like a drone or turret — as well as a number of different gadgets.  And that’s why you’ll want to track down all those objectives on each level because it will allow you to purchase better upgrades for your character.

It’s hard not to get a little critical of a game like this because it has so much potential.  There are some great moments in Sniper Ghost Warrior: Contracts where you truly feel like an operative behind enemy lines picking off enemies one by one.  Unfortunately, it’s everything else surrounding this that soured me on the experience.  Assassinating your targets at a distance is what you think you’re getting into when you pick up a game called Sniper Ghost Warrior and there is no shortage of this.  Unfortunately, this game does rely on the weaker stealth and run-of-the-mill FPS aspects for far too much of the experience.

The core sniping is still great in Sniper Ghost Warrior: Contracts and the sandbox maps have a lot of potential. Unfortunately that potential ultimately feels wasted on missions and objectives that have you putting the rifle down and trying your luck with the game’s lesser systems.