The latest news in the world of video games at Attack of the Fanboy
December 6th, 2016 by Dean James 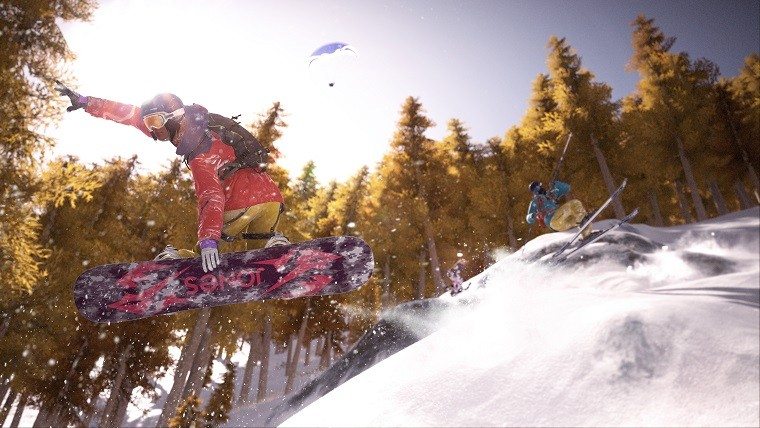 The extreme sports genre hit it big around the turn of the century with a variety of games like Tony Hawk Pro Skater and SSX. While the latter was a major part of the popularity of winter sports related games, the genre as a whole has taken a hit in recent years with a lack of releases. Taking a bit of a gamble, Ubisoft has now decided to tap into that market and try to take it to new heights in Steep.

Steep takes players right into the Alps themselves in an open world environment that is split across seven different regions. Each of these regions offer a different playstyle and difficulty level, starting off with the easier Aravis and leading up to the much tougher and harsher areas like the Matterhorn. Some of these areas on the mountains are better served for worry free snowboarding, while others are built for those looking for a real challenge.

Across these seven regions, players have the opportunity to not only snowboard, but also utilize three other methods of travel as well to take in the sights of this beautiful looking game. At the start, you will be placed on a mountain and are able to walk or run around the area. However, you will be introduced very quickly to the game’s sports wheel that allows you to switch between the different activities by simply holding down a button and selecting one of the four other options.

Starting off, you will only have access to snowboarding, but these will open up as you complete a few different early challenges in the game. Besides snowboarding, you have the fairly similar skiing, as well as the very different wingsuit flying and paragliding, though switching between these can be an issue at times when outside of specified areas. Snowboarding and skiing in the game are a lot of fun, as you can zip down the various mountains in the game at high speeds, though Steep features a much more realistic take than the arcade style games like SSX. 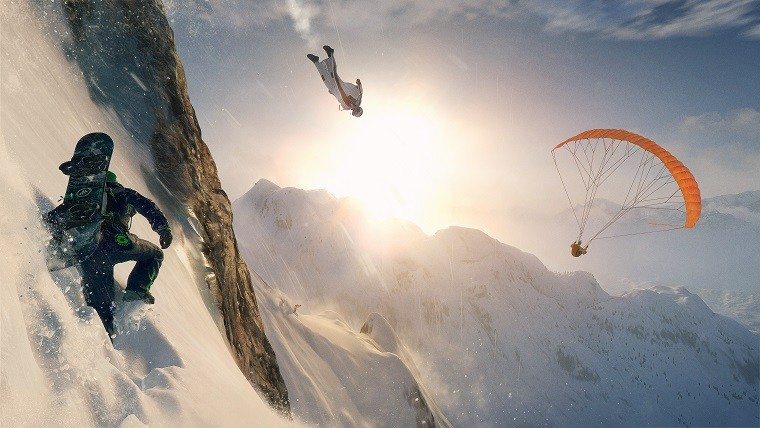 The tricks themselves are pretty simple to pull off, with you just having to move the analog stick in a certain direction to spin or holding one of the trigger buttons to grab the board. It would have been nice to see a little more depth here in the controls, but that is not the biggest issue.

While the actual control of your character as they travel down the mountain is pretty spot on, the trick inputs are very spotty. Jumping off of a ramp should be incredibly easy, but the timing never seems to be quite the same on how much air you get, while the actual inputs don’t always react as they should. There were countless times where holding up, which should perform an in-air flip, led to either a simple spin or absolutely nothing at all. When the tricks are executing correctly they are okay, but the questionable inputs can often hinder how much you can really enjoy them.

What can really help you here though is the incredibly easy way to restart any challenges that you start by holding down Y on Xbox One (Triangle on PS4), which restarts the challenge as a whole. While the game doesn’t include a Forza like rewind feature for if you mess up deep into a run, the easy restart does alleviate this issue a bit.

Even worse than the spotty input controls though is the overall buggy nature of the game at times. There are moments where the games runs flawlessly, but then there are also moments where you get stuck in a wall or even the snow itself sometimes due to awkward collision detection. You can typically utilize a mix of moving around the analog stick and jump button to wiggle your way out of these glitches, but there are also other moments where you have to restart entirely. 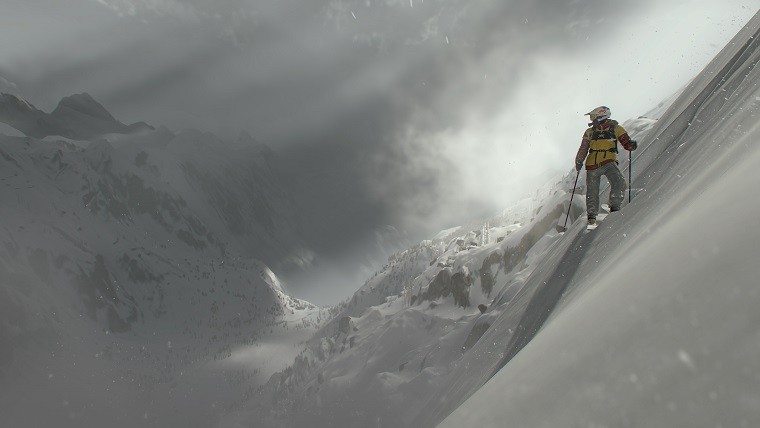 The restart feature is probably most helpful in what might be the most fun part of the game, wingsuit flying. Just Cause 3 handled this quite well last year and Steep follows up on that with a very enjoyable wingsuit experience of its own. Wingsuit flying is easily one of the most fast paced experiences in the entire game, which requires a good bit of training as a result. However, once you get the hang of it, you will find yourself flying around the various regions of the Alps for hours on end whether you are taking part in a challenge or not.

Beautiful recreation of the Alps

Diving off a mountain and flying at high speeds is a real treat, though equipping the wingsuit and starting your descent can be a bit of a pain. If you aren’t near the very edge, your character will instead dive face first into the ground before reverting back to the regular walking mode. This means you then have to switch back to the wingsuit again and hope you have placed yourself well enough to avoid this happening again.

Paragliding is the final and probably least interesting of the four activities you can participate in while playing Steep. This is definitely the best one for getting a wide scale view of the beautiful recreation of the Alps in-game due to the slow speeds. Actually using this to travel around though can take way too long, which is why the challenges for paragliding are often quite short. 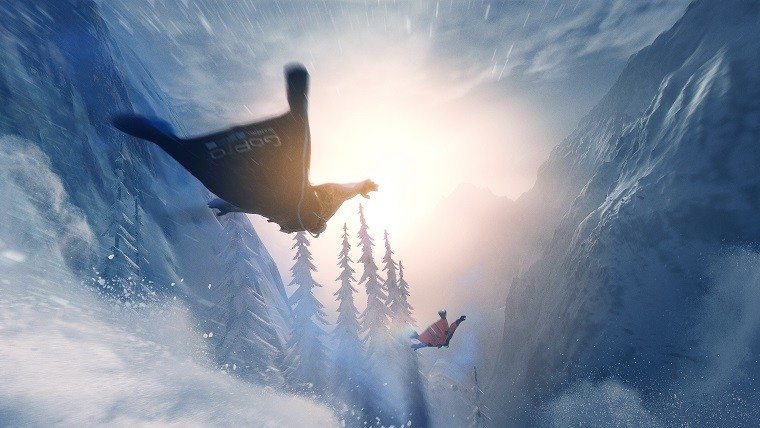 Across the four varieties of gameplay, you can either take advantage of traveling around the different mountains through freeriding or take on the numerous challenges across the seven regions. Completing these challenges will help you to unlock special customization items that can then be equipped to your character. The majority of the items can be bought with in-game currency though, such as a variety of really neat wingsuits.

Each one of the areas have what are known as drop zones that serve as essentially the equivalent of viewpoints in the Assassin’s Creed series, which seem to be a commonality across many of Ubisoft’s franchises. By activating these points through viewing them with your binoculars when you are within a certain range, you can then drop into that zone at any point moving forward, while also unlocking a number of challenges in that smaller portion of a particular region. This can be easily done through the game’s Mountain View, which zooms out into a large map that lets you fast travel from one area to another with ease.

Beyond the challenges, the game also tries to introduce some semblance of a story, but more than anything it is just plain weird. The story in each region is told by the mountain through spirits and such, but it is far from captivating. More than anything else, you will find yourself focusing on the challenges and besting your scores on the leaderboards.

Leaderboards play a big role in the multiplayer aspect, but there is much more to it as well. Steep takes the route of Ubisoft’s The Crew by requiring players to be online to play the game. This allows you to run into other players throughout the game, which you can partner up with to challenge more easily. Up to four players can be in a group for co-op play, which is a nice feature for friends to get together and experience the gorgeous views of the Alps. It really makes no sense why this had to be always online though, as this could just be a feature for those that choose to take the game online if they wanted, similar to Dragon Ball Xenoverse 2.

December is the perfect time of year to release a winter sports game as the temperature is dropping and snow is starting to fall in many parts of the country, and Steep transports players right into the Alps themselves for a wintery experience. The recreation of the mountains looks fantastic and it is a lot of fun to traverse them using the four different sport options, but unreliable input controls and many buggy moments are a steep hill to overcome to classify Steep as a great game.