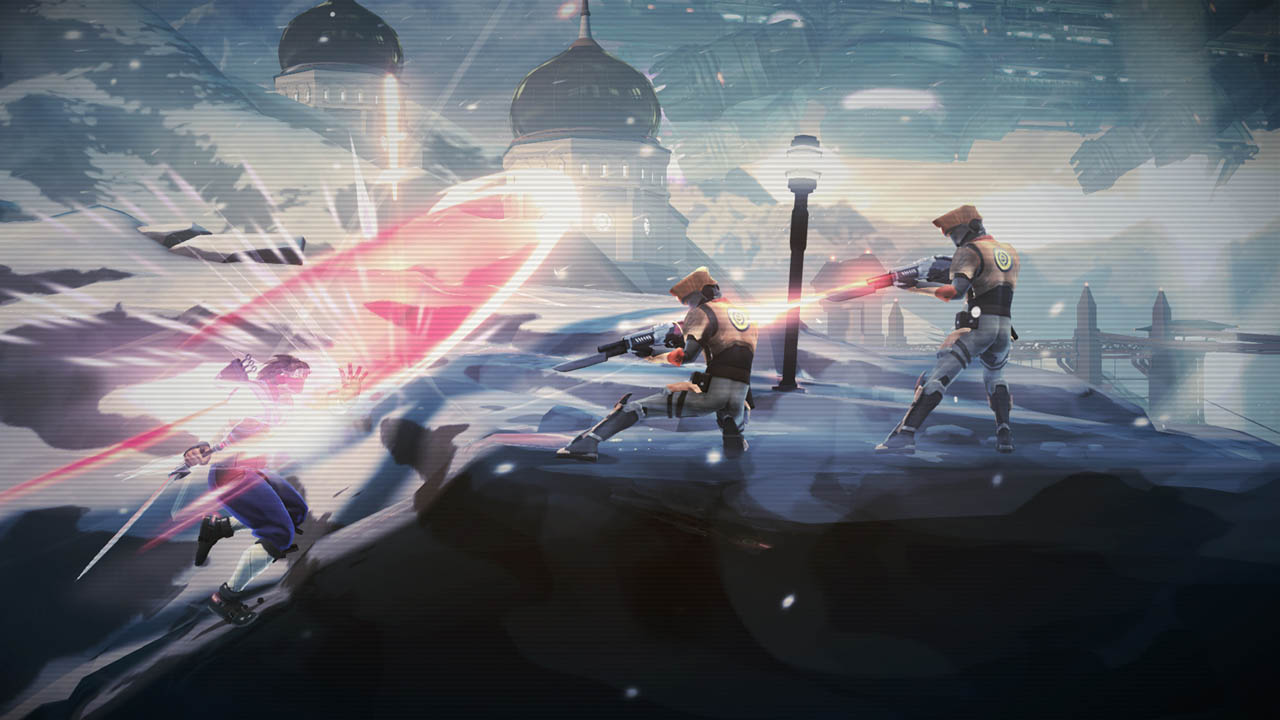 Capcom’s been no stranger to rebooting their classic properties. They’ve been publishing and making games for so long that their back catalog is immense, filled with old, popular games. Strider is one of these properties. A game based around an iconic character, Strider Hiyru, that’s managed to remain somewhat relevant through inclusion in other games. Though we’ve not seen the iconic ninja in his own game since the original PlayStation release, nearly fifteen years ago.

Strider has seen a few incarnations over the years. Originally starting out in the arcades in the 1980’s, the game’s popularity prompted a home version on the Nintendo Entertainment System, before lying dormant and popping back up for a true sequel in 1999 on the original PlayStation. So when Double Helix and Capcom announced that they would be rebooting the action title yet again, our interest was piqued. 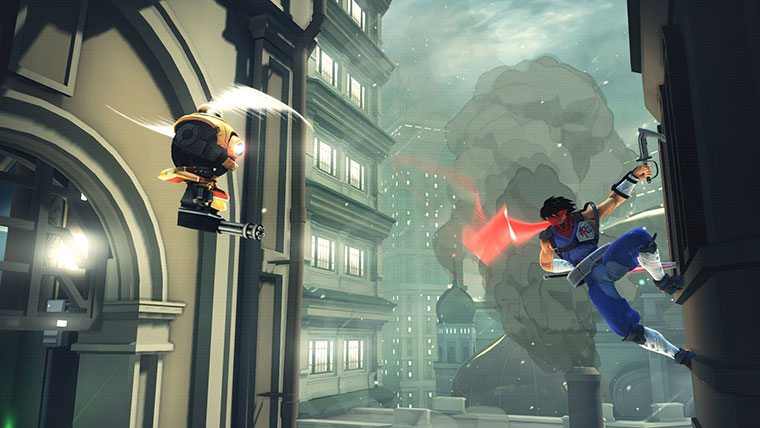 This new Strider game is a retelling of the original, more or less. It starts in an almost identical way, it features almost all of the characters from the original game, but it’s been brought up to speed in terms of visual fidelity, and some gameplay ideas. It can be played in a straight forward linear fashion, or explored more thoroughly to scoop up power-ups and collectibles that are strewn throughout the metropolis of Kazakh City. Features from both the original arcade version of Strider and the NES version of the game are prevalent here, but they might be what’s holding Strider back from being an outstanding game on its own, rather than an enjoyable nostalgic romp.

Taking the iconic ninja out of the equation, Strider is essentially a very basic game. It’s a straight forward platform-adventure that essentially simulates a side-scroller. Gameplay takes its cues from the likes of Metroid or Castlevania. Players explore for new weapons and power-ups that allow for progression into areas that aren’t immediately accessible. Though Strider is “Metroidvania-lite”, if anything. It’s a blend of these types of games, with a compass constantly pointing you in the right direction of your next objective. So getting there should be half the fun, right? But it’s not. There’s just not much resistance in getting to your objectives, nor a challenge in discovering them. The combination of a neatly color coded map, and marker which constantly indicates which way you should be heading, take any of the guess work out of the equation. While a variety of different enemy types will stand in your way, the combat is more flashy than substantial, offering little in terms of challenge. For much of the game, simply running headlong into a stream of bullets is the best strategy for completing your objectives. Aside from a difficulty spike in the back-end of the game, Strider is woefully easy. And when Double Helix does finally ramp up the difficulty, it feels out of tune with the overall progression of the game. 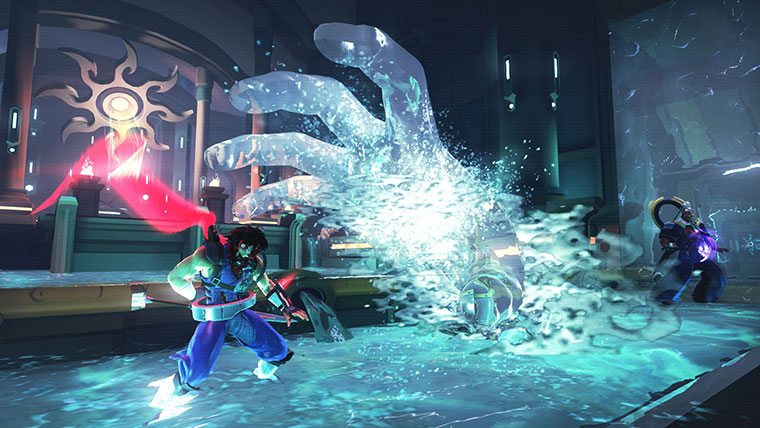 Strider fans do have a lot to love though when it comes to the aesthetic of this game and its overall presentation and controls. While easy, combat looks great, with Strider Hiryu having a multitude of flashy moves to dismantle enemies with his plasma Cypher sword. Combat flows well, mainly because you slice through enemies one after the other with very little resistance. The ninja can cartwheel and slide, transitioning between acrobatic wall climbs and combat with seamless ease. The game plays surprisingly smooth. Kazakh City is also well detailed, as much as you can expect from a 2.5D title. But there’s is definitely a lack in diversity of environments. Bar a couple of memorable inclusions, much of the game takes place within the areas that closely resemble one another.

Strider will take you around 5 or 6 hours to complete, but there’s ample reason to head back into the game if you choose. Unlockable challenges and collectible artwork can be found on a second playthrough. And there are numerous difficulty modes to tackle. The unlockable challenges come in the form of survival and checkpoint modes, which test both combat and traversal aspects of the game. Mileage will vary as to whether these modes will appeal once the game’s single player campaign has been completed. It’s worth nothing though, these additional modes will tack on a couple of hours of gameplay as some of the challenges can take a few tries to master or complete.

Strider makes a great first impression, but really shows its true colors as the short title wears on. Little variety in the environments, a lack of challenge in combat, and a little too much handholding at times, outweigh the flashy presentation of this reboot.