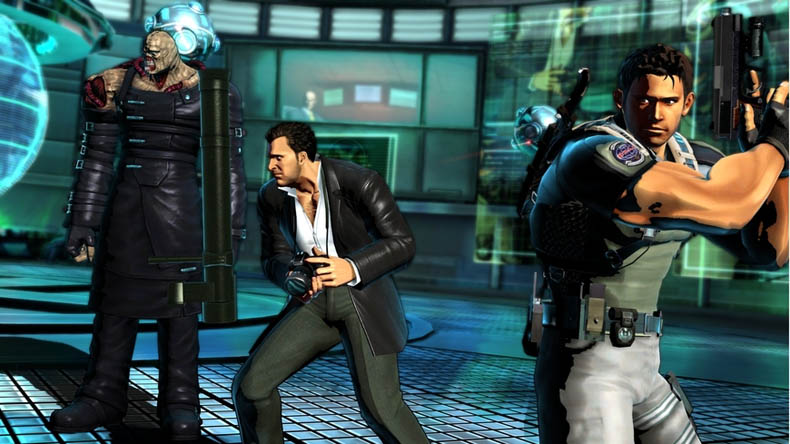 It was less than a year ago that Capcom released the much anticipated sequel Marvel vs. Capcom 3, and while long time fans of the franchise had their complaints, it was a solid outing for the most part.  While developers might normally address some of these wanted features and extra characters with downloadable content or patches after the game’s release, Capcom has decided to go with a standalone product.  Make no mistake about it, Ultimate Marvel vs. Capcom 3’s differences are subtle.  Character balancing, new fighters, and a much need spectator mode highlight the notable enhancements to the experience, and while all these are nice, is it worth the $40 bucks?

The newest edition of Marvel vs Capcom 3 does have some great things about it. A total of 12 new characters in all, with six coming from Marvel and the other six coming from Capcom, are all welcome additions.  Factor in that 12 new characters is a seemingly large number of additional fighters to add to any roster and fans should be pleasantly surprised, at least with the quantity of the additions.  How Capcom chose these fighters, and whether or not you think they warrant being in the game is another topic altogether.  Fan favorites like Frank West from Dead Rising and Strider  headline the Capcom roster with Vergil, Firebrand, Phoenix Wright, and Nemesis rounding out that side of the equation.  On the Marvel side, Ghost Rider, Doctor Strange, Nova, Iron Fist, and Rocket Raccoon bring their unique fighting styles to the table.

Each new character brings something unique to the game, and Spectator Mode is worth its weight in gold

For the most part the characters all feel like they add something unique to the game.  They don’t feel derivative of other characters in any way, so adjusting for the introduction of the new strategies involved with the new group, will definitely be a learning process for the MvC3 fans.  The competitive player will also need to take into account that the game has been balanced across a variety of features, from specific character tweaks to the X-factor improvements that change the game some, but not likely to noticed by the casual player. One of the extremely cool features that was added to the game was the addition of a spectator mode.  So now you can find or host a lobby and watch games as you wait for your turn in the ring.  This is especially great for a player like me, who likes to watch a game as beautiful as Marvel Vs Capcom 3 as much as like to play it.  It certainly can help out a losing streak and get a good idea of who you are facing, what their tendencies are, and how you can plan your attack before your fight.

On the single player side of things, Ultimate does very little to change the game in any meaningful ways.  Some complaints that we had from the original are still there.  The single player modes are extremely redundant and offer little to no reward for fighting your way to the final battle with Galactus. It’s by no means up to par with what other fighting games are doing, but in any case, with so little effort put into this mode, I suppose we’re lucky to even have a single player mode to play at all.  Going into the challenge mode is quite frustrating as there is still no on-screen prompt that can be seen without going into the menu to see what it is the challenge is asking you to do.  It’s a design flaw from the original that I surely thought would be sorted, considering this is the “Ultimate” version and all.

All features aside, Ultimate Marvel vs Capcom 3 isn’t that much different than its predecessor, but dispite its flaws we really enjoyed it.  Is the Ultimate version worth your while?  It truly depends.   This is certainly the better of the two games considering the expanded roster and the spectator mode is worth its wait in gold.  It’s also cheaper than the original was when it launched.  If you would’ve bought the DLC that should have been released in peicemeal over the last year, then yes, you likely would have spent about the same amount of money anyway.