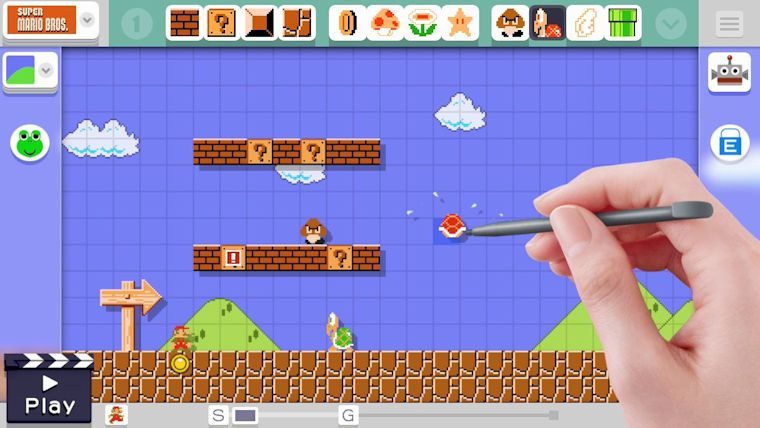 The Mario series is without a doubt the most well known gaming franchise in history and has seen many changes over the years, transitioning from 2D to 3D, and then back and forth between the two ever since. While Mario games have been known for their incredible level design in that time, Nintendo is now handing the reigns over to the player in Super Mario Maker, providing a new level of creativity for level design with near endless possibilities.

Super Mario Maker is a very unique case in gaming that takes an established franchise that gamers have been playing for years and puts them in charge of making the levels now. Rather than something like Minecraft or LittleBigPlanet, where player creation was there at conception, this comes 20 years after Super Mario Bros. first debuted.

Nintendo has chosen to go with an interesting approach with their games lately, utilizing staggered content releases. Unlike Splatoon’s that are actually brought onto the servers even months after, Super Mario Maker instead gradually gives players more and more to work with every day for the first nine days of playing. This sadly means that the first day or so with the game might feel a little underwhelming, as you will be very limited in your options, but quickly you will have plenty to work with.

Creating the actual levels is a breeze as well in Super Mario Maker, perhaps being one of the first games to truly utilize the Wii U GamePad to its full potential. The stylus can easily pick up enemies and objects and place them around the blocked stage design. These stages can be changed between the various games and style types on the fly, as well as allowing other quick adjustments like stage length.

There is more than meets the eye with the level creator too, as players also have the ability to alter items as well. By simply holding onto an item with the stylus and moving it left and right for a short time, it may change into something else. This includes simple changes like turning a green Koopa Troopa into a red one, or something bigger like turning Bowser into Bowser Jr. Adding a little feature like this in is not only fun, but also gives you some opportunity to explore to see what hidden secrets may be found in the game.

By working on the level creator for at least five minutes each day, you will set yourself up to receive new content the following day, which include an underwater pack, a castle pack, and more. While this is meant to not throw too much at the player on day one, it is kind of a pain to have to wait just to get everything that the game offers from within the disc. 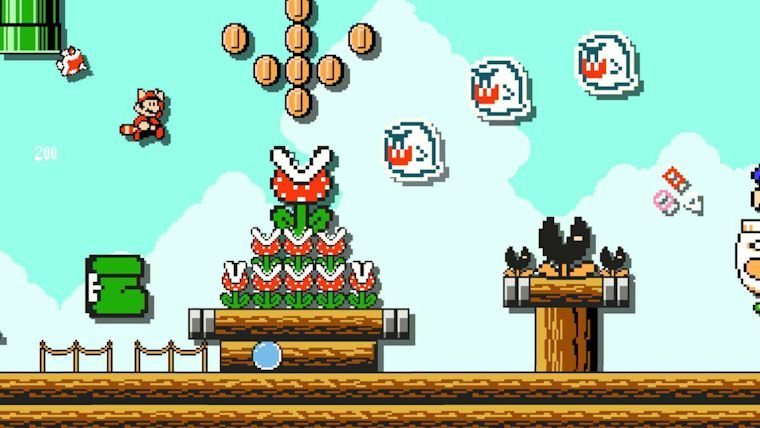 After unlocking all of the items on day nine, Super Mario Maker is almost like an entirely new game. With the ability to add warp pipes and such, it finally feels like a true Mario level creator. There is even the ability to add sound effects, including those you record with the GamePad’s mic as well. There are of course still some aspects that could be added, like checkpoints, but they did a phenomenal job of picking just the right items and enemies here. There are so many possibilities for levels to be made, whether you want to make one based on an existing design or something completely original.

Not only can you make your own stages for your friends or yourself to enjoy locally, but you can also share and download levels through the game’s Course World. As the game hasn’t released yet, the number of stages is nowhere near what it will be, but there are already some incredibly designed stages that are about as creative as they come from players around the world. And to make sure that every one of these stages are not just for trolling and can actually be beaten, the creator must play through and beat it before they can even upload it, which is a very smart feature to have.

A recreation of the first stage of Super Mario Bros. 2, which is sadly missing here, with Super Mario Bros. 3 assets, a stage based upon Metroid with the exploration style, a level based upon the infamous Teenage Mutant Ninja Turtles NES underwater stage, and even one that tests your math skills are only a few of the levels that people have already come up with online. While making levels is a selling point of this game, actually playing other player’s created stages may be even better.

These levels are not only able to be viewed and played through Course World, but they are also tied in directly to Miiverse as well. Within just Course World, other players can rate the stages by giving them stars, but those who want to discuss it more can comment on the stage in Miiverse, which adds a social aspect to the game that feels right at home in this style game. 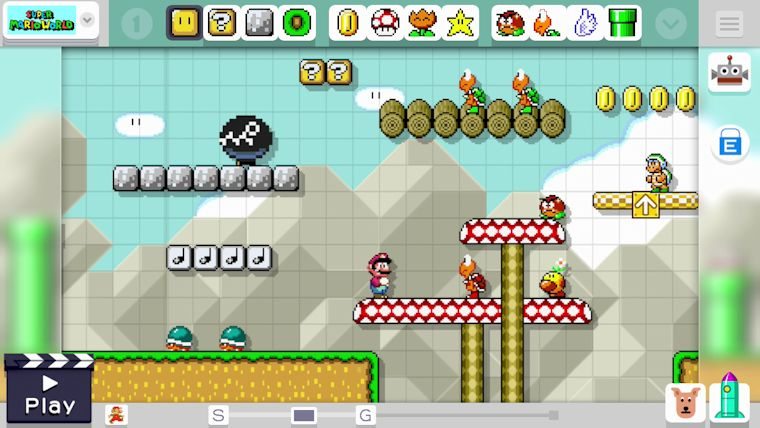 After trying out stages from within Course World, one can easily save it to have access to offline at any time. Just like how the entire game is a nostalgic trip to the past, even the saving of stages is as well. They utilize the robot from Mario Paint, which Super Mario Maker is almost a spiritual successor to in a sense. The Mario Paint bug game also makes an appearance at random times, which was a fantastic touch for those who played that game back in the mid ’90s.

The levels found in Course World are not the only stages found in Super Mario Maker either, as there are also a number of premade courses by Nintendo. There are eight that show off each of the level styles that will be unlocked from days 2-9, while the rest come from playing the 10 Mario Challenge. Overall, there are over 60 distinct stages available that you can play around with before even looking through Course World at all.

10 Mario Challenge gives you eight premade courses to tackle with only 10 lives. These really are quite simple and do not provide much challenge, outside of a few of them. They are a ton of fun to play, but it would have been nice if there were actually some really hard ones, rather than having to rely on created levels from other players online. The Super Mario Maker E3 demo at Best Buy even had a bunch of insanely hard premade stages that would have been excellent additions for the veteran Mario gamers. Hopefully this is something that Nintendo can add in later for free, like they have been doing with all of the Splatoon content. 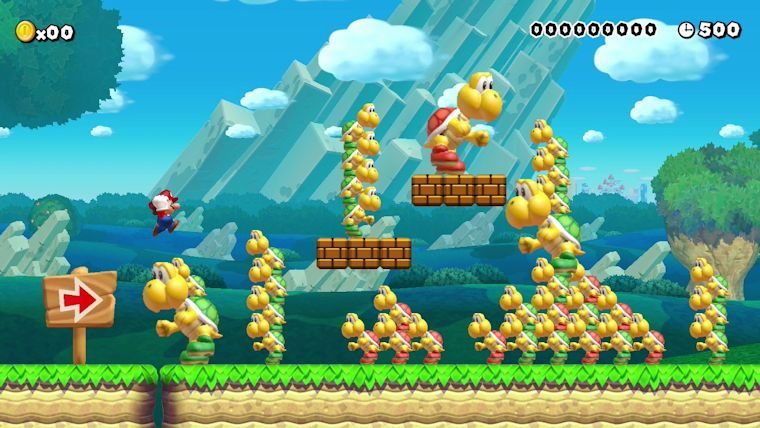 The 100 Mario Challenge is also one way to unlock even more skins that can be used in creating levels, many of which can also be unlocked by using amiibo. This includes characters like Link, Wii Fit Trainer, and Kirby, complete with their own music and such. This is a fantastic addition to the game, which really fits with people trying to recreate stages based on those other Nintendo properties.

Building your own Mario level is something that every kid dreamed of at one point or another and Super Mario Maker fulfills that wish to near perfection. While it may take a few days for everything to fully unlock, there are plenty of tools at your disposal to make pretty much any level you wish. Truly showcasing creativity at its finest, Super Mario Maker is yet another gem in the stellar Wii U exclusive library that any Mario fan needs in their life.