The latest news in the world of video games at Attack of the Fanboy
February 14th, 2015 by Anthony Decicco 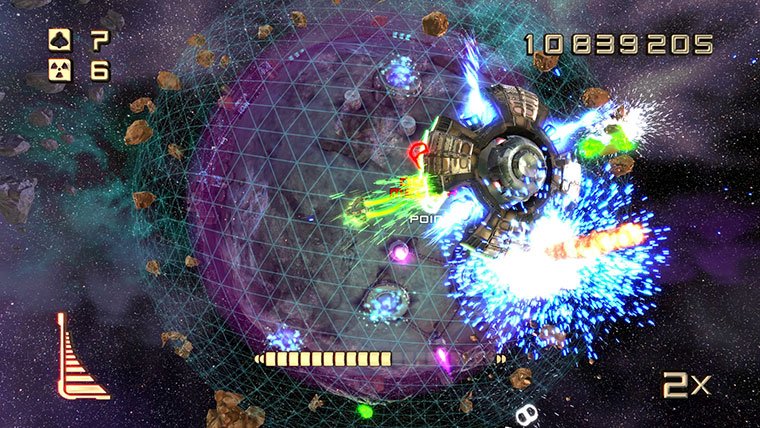 Super Stardust Ultra has had a few iterations with HD and Delta, but the latest one deserves some credit for reinvigorating the series with new life. Not just with content, but with interesting ideas to back up that content. Housemarque may have sat this one out, but D3T and Sony’s XDEV studio have managed to keep the spirit of the title intact.  Bringing over Super Stardust to PlayStation 4 could have been an easy port, if that was the developers’ intention, but D3T and XDEV studios chose to enhance the title with an additional mode and features that remain unique to the PlayStation 4 and its share capabilities.

There’s a lot of good stuff here for returning Stardust fans, and newcomers to the series.  Players now have the ability to customize their ship’s look in the options menu which allows for many unique layouts to showcase online or with friends. It is a welcomed personalization feature, albeit one that feels taken from another recent shoot ‘em up, Resogun. Fans will be familiar with Super Stardust Ultra’s fast paced atmosphere and difficulty on higher levels. Newcomers will be in the same boat as returning stardust pilots, for the most part, as the planets have been renamed but, finish with some of the same bosses as in Super Stardust HD. It doesn’t take away much from the experience but it sort of hides the fact that the planets are primarily the same as the previous entry in the series. Sadly no new power-ups, asteroids or enemy types have been added to Ultra, so just like the in the previous entry, players are left competing with centipede like creatures, red bomber-like enemies, as well as plain, gold and ice asteroids. Each complete with their own weakness to a certain weapon in the pilot’s arsenal. 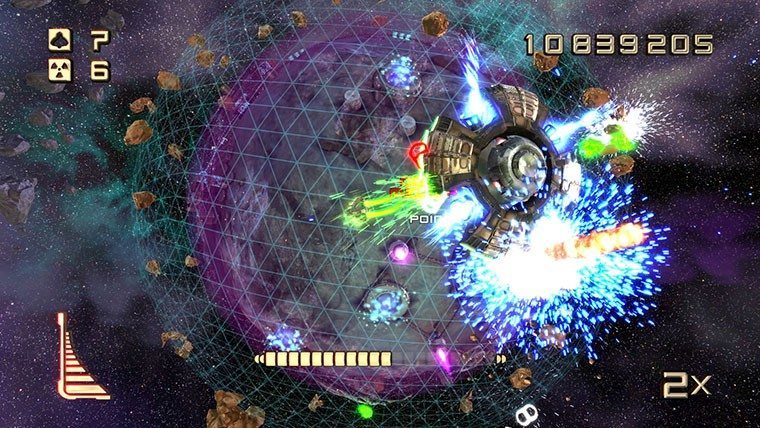 The different modes are what will keep players hooked on Super Stardust Ultra, even when a lot of the modes are returning favorites. Arcade, Planets, Endless, Bomber, and Survival modes all return. Blockade is the one unique new mode to Super Stardust Ultra, which is a spin on a version of Endless, except a nearly indestructible string of rocks spawn behind the player. The ‘Blockade’ of rocks can only be defeated by a bomb.  Combined with the endless waves of asteroids and enemies, and Blockade mode may have fans pulling their hair out due to difficulty. The ultimate goal is to last the longest with a timer ticking up.  Blockade is challenging and fulfilling if you can master it, if not, you will loathe its creation. It may be an interesting mode on paper, but the execution will just leave many players frustrated and disappointed.

The real prize of Super Stardust Ultra is how the developers have implemented new sharing features like streaming, creating an interactive experience. Sure, games like Dead Nation: Apocalypse Edition did the same thing, but it just wasn’t as engaging as it is here. In the new streaming mode you start a game of Endless that can be affected by those watching on TwitchTV. They can choose to help you by sending little helpful packages full of power-ups, or hinder you by voting for an onslaught of enemies and asteroids instead. It keeps the player on their toes, and makes for an extremely engaging and interactive experience with peers. Every time you choose to stream you are in for a new experience as a new group of viewers will be watching. Simply put, this is where many will spend the majority of their time after they have conquered the planets. 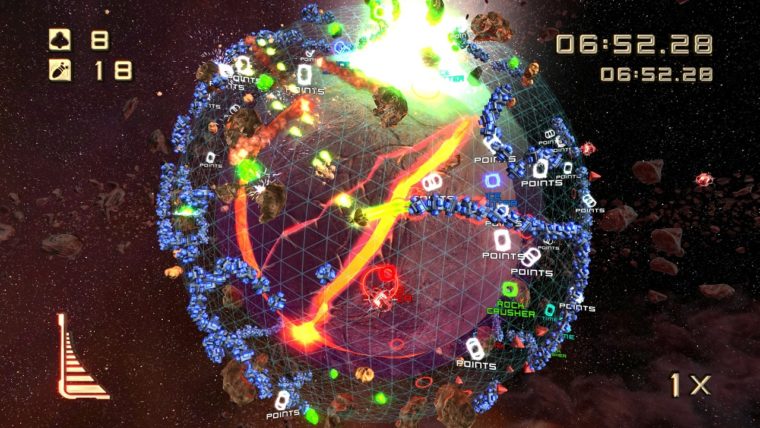 Super Stardust Ultra is a compilation of all things great about Super Stardust rolled in with new ideas and previous ones that just worked. Fighting through arcade mode on the various difficulties never looked and felt so good. The added ability to screenshot your high scores and taunt friends over Facebook, Twitter or PSN just adds to the competitiveness of the title. The modes are there for variety, but new additions will leave some fans throwing a few controllers. Interactive streaming is a huge highlight and pushes this title into ‘must buy’ territory for fans of the series. It’s simply intense and as engaging as anything I have ever experienced. Returning fans may not see much new content there, whereas newcomers will be spoiled for choice. In the grand scheme, thirteen-dollars is a small price to pay for a game that will bring fans hours of enjoyment.

Super Stardust Ultra attempts to recycle content from previous entries, but it remains an entertaining experience nonetheless. Returning fans won’t receive much ‘new’ worthwhile content with the exception of the Streaming Mode and the overtly challenging Blockade mode. Newcomers will be spoiled for choice with a variety of modes and new experiences. D3T and XDEV has managed to stay true to the core Stardust experience and add a few new ideas as well.