The Walking Dead: Onslaught is an immensely dull power fantasy. 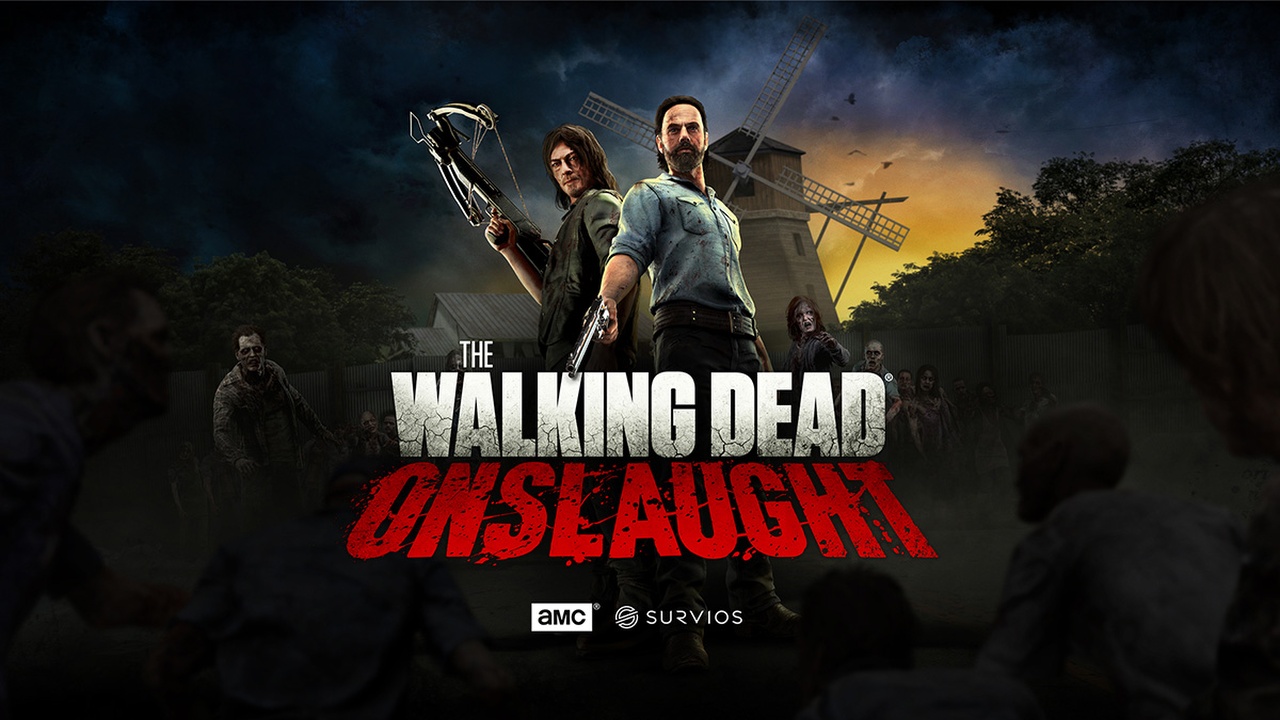 The Walking Dead universe is perfect for VR. Scrounging for supplies, fighting off hordes of walkers, and managing a community lend themselves well to an immersive gameplay experience, which is why zombie games have proliferated the VR scene since its inception. Earlier this year, The Walking Dead: Saints and Sinners brought the pages of the famous comic book to life with a harrowing survival horror experience that stood head and shoulders above the competition. With the comic out of the way, an adaptation of the popular AMC series is naturally next in line, and that’s where The Walking Dead: Onslaught comes in. Players finally get the chance to live in the world they’ve watched for years, making the tough decisions and fighting the undead hordes alongside their favorite characters. Saints and Sinners showed there was huge potential for this series in VR, which is why it’s such a shame that The Walking Dead: Onslaught is a massive disappointment.

Onslaught is a much more action-focused experience than Saints and Sinners, placing you in the shoes of series staples Rick Grimes and Daryl Dixon as they attempt to rebuild Alexandria in between the eighth and ninth season of the AMC show. The game is considered canon to the TV series and most of the voice cast reprise their roles, so there is something here for hardcore Walking Dead fans. Unfortunately, there’s not much else about Onslaught that’s really compelling. 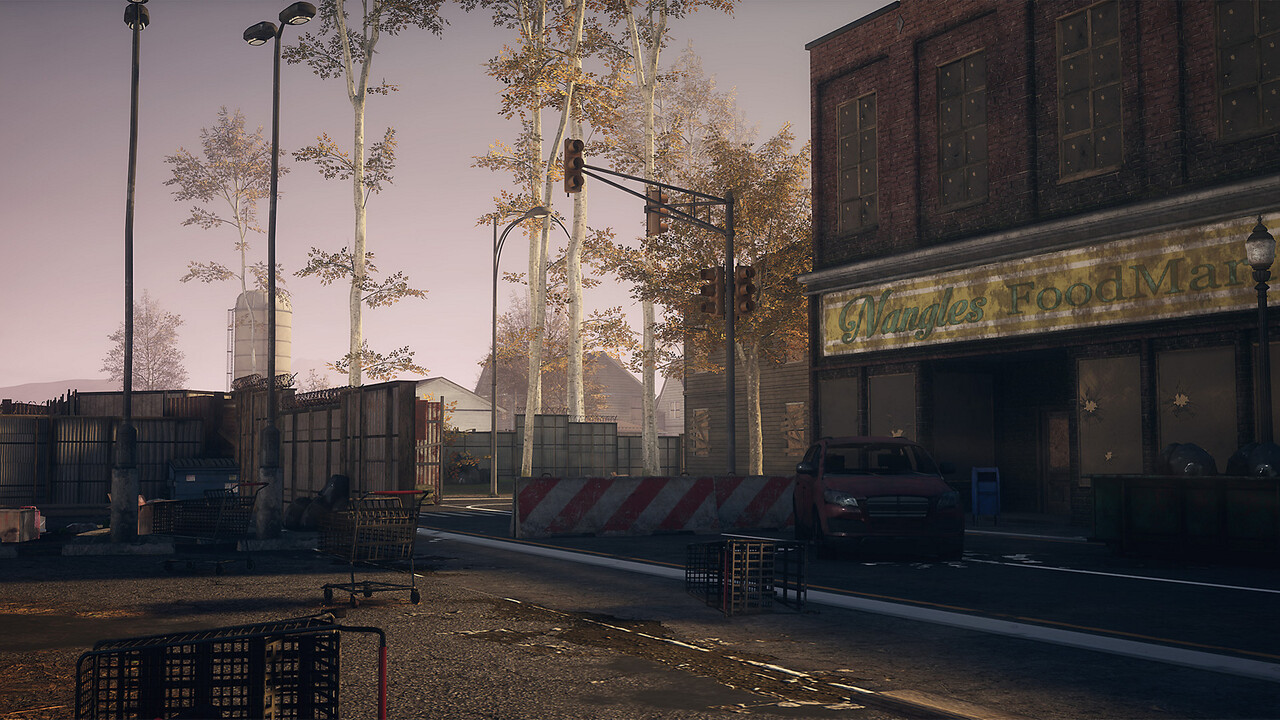 The game is split into two distinct parts: a linear story campaign and replayable supply runs. The campaign is split into multiple chapters, but you’re prevented from progressing through the story until you hit certain milestones while rebuilding Alexandria. In order to rebuild the community, you have to make supply runs to acquire necessary materials and attract new survivors in turn. The supply runs are the most repetitive part of the game, but the campaign doesn’t fare much better. As a whole, Onslaught is unexciting and dull.

You play as Daryl during the story, recounting a past adventure of his to Rick as they sit around a campfire. Norman Reedus reprises his role as Daryl, and his performance is enjoyable. He narrates your actions throughout each mission which makes the linear levels a bit more engaging, but the bland level design and repetitive combat drag the experience down. Each level boils down to uninteresting corridors packed with walkers that pose very little threat. There are a few setpiece moments with large hordes, but nothing particularly exciting or interesting happens throughout Onslaught’s campaign. Even the promise of an original story that bridges the gap between seasons eight and nine of the show isn’t enough to carry the campaign.

When you’re doing supply runs, you can play as either Rick, Michonne, or Carol. Rick is the only major character to not be voiced by the same actor from the TV show, and Andrew Lincoln’s absence is very noticeable. There are a few occasions where Rick’s voice actor comes close to sounding like Lincoln, but the different voice is jarring placed next to the show’s voice cast. 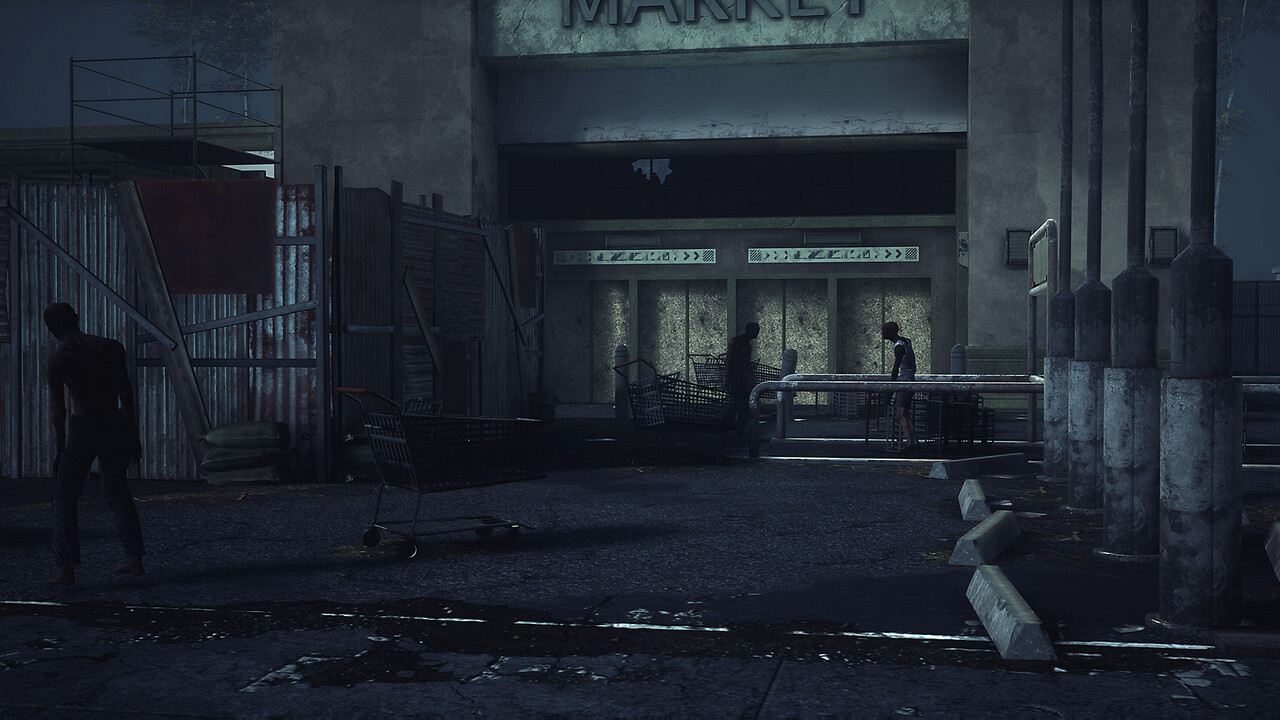 The supply runs themselves are fun for the first few excursions, but boredom quickly sets in. You’re sent down linear pathways with predetermined start and end points. There’s a herd of walkers constantly on your tail, represented by a towering wall of fog behind you, so you’re forced to stay on the move as you grab whatever supplies you can. It’s a fast-paced arcade-like experience, but visiting the same locations and opening the same chests in the same buildings gets very old very fast. The worst part is that campaign chapters are locked behind survivor milestones, and you have to attract new survivors by getting supplies from supply runs. To unlock some of the later chapters, you’ll have to spend a decent chunk of time scrounging for supplies, which absolutely kills the story’s pacing. You trudge through several samey supply runs just to experience a slightly more engaging campaign chapter. Rinse and repeat ad nauseum until the story comes to a close.

The core of Onslaught is the combat, and it is so barebones that it gets old after the first hour or so. The inherent satisfaction of lodging a machete into the skull of an approaching walker or slamming a knife into the gaping maw of an attacking zombie helps Onslaught feel exciting for a while, but the fun is fleeting once you realize how repetitive the experience actually is. Walkers aren’t a threat at all, even in high numbers on the hardest difficulty. Melee weapons are ridiculously overpowered and guns feel pointless when you can cut down an entire horde with a knife. A horde of 50 walkers surrounding you should feel threatening, but encountering a large crowd in Onslaught feels like a game of post-apocalyptic Whack-A-Mole as you plunge your weapon into skull after skull. Even the simple satisfaction of killing zombies is marred by janky physics and awkward animations. Taking on the undead horde just feels like busywork. 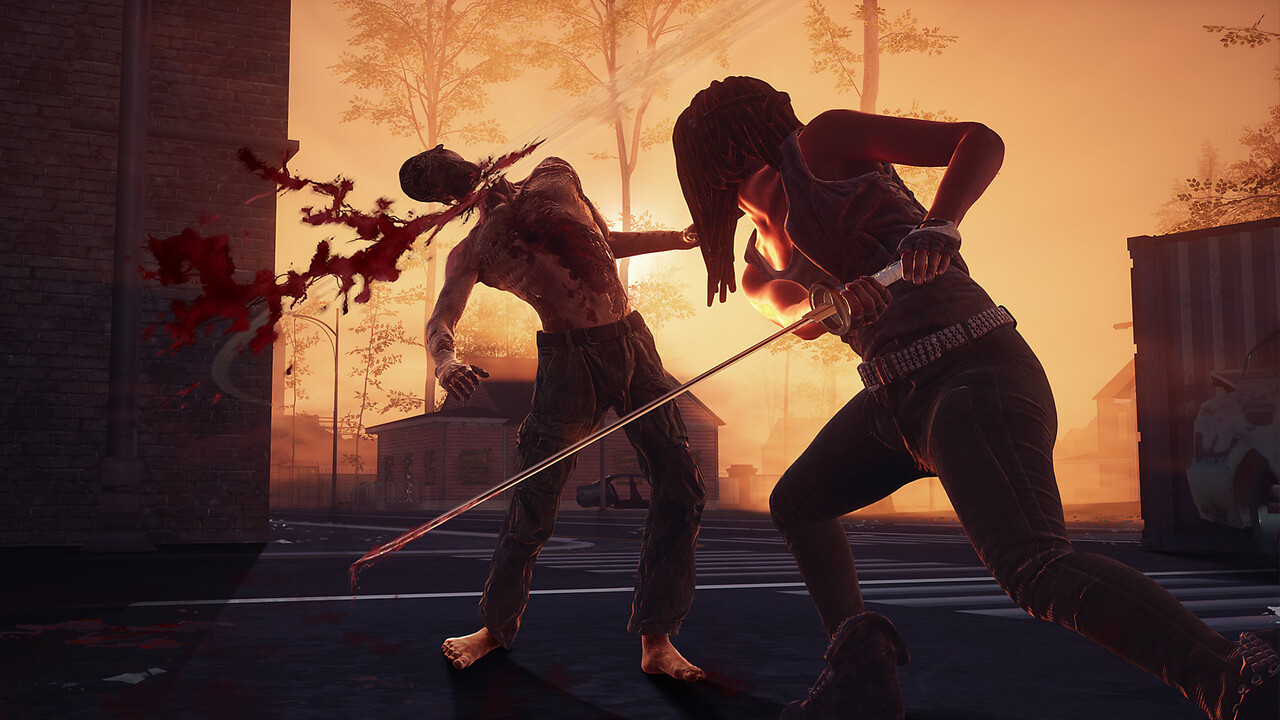 Everything you do in The Walking Dead: Onslaught ties back into the central hub area of Alexandria. The materials you gather on missions can be used to construct and upgrade buildings within the community as well as upgrade your arsenal of melee weapons and firearms. Like most things in Onslaught, this idea is great on paper but poorly executed. Alexandria is a gigantic letdown. The playable zone is just a small fenced-in area, and each building you construct is just a background detail in the distance. There’s nothing to do and nothing to see. It’s basically a glorified main menu, which is disappointing considering one of the main selling points of this game is rebuilding the community with the supplies you scavenge.

All in all, The Walking Dead: Onslaught is an immensely dull power fantasy. The environments are bland and repetitive, the level design is linear and uninspired, and the story isn’t all that engaging. Still, there’s an inherent joy to slaughtering hordes of walkers without having to worry too much about weapon degradation or ammo, but the excitement wears thin after an hour or two. You truly feel unstoppable, but feeling unstoppable isn’t enough to carry the experience. The Walking Dead: Onslaught feels like a game from the early days of VR, a time where killing zombies for the sake of killing zombies was worth the asking price just because the technology was new and fancy. That’s not to say pure action games don’t have a place in VR, it’s just that everything Onslaught does has been done much better in other games.