It's time to say goodbye 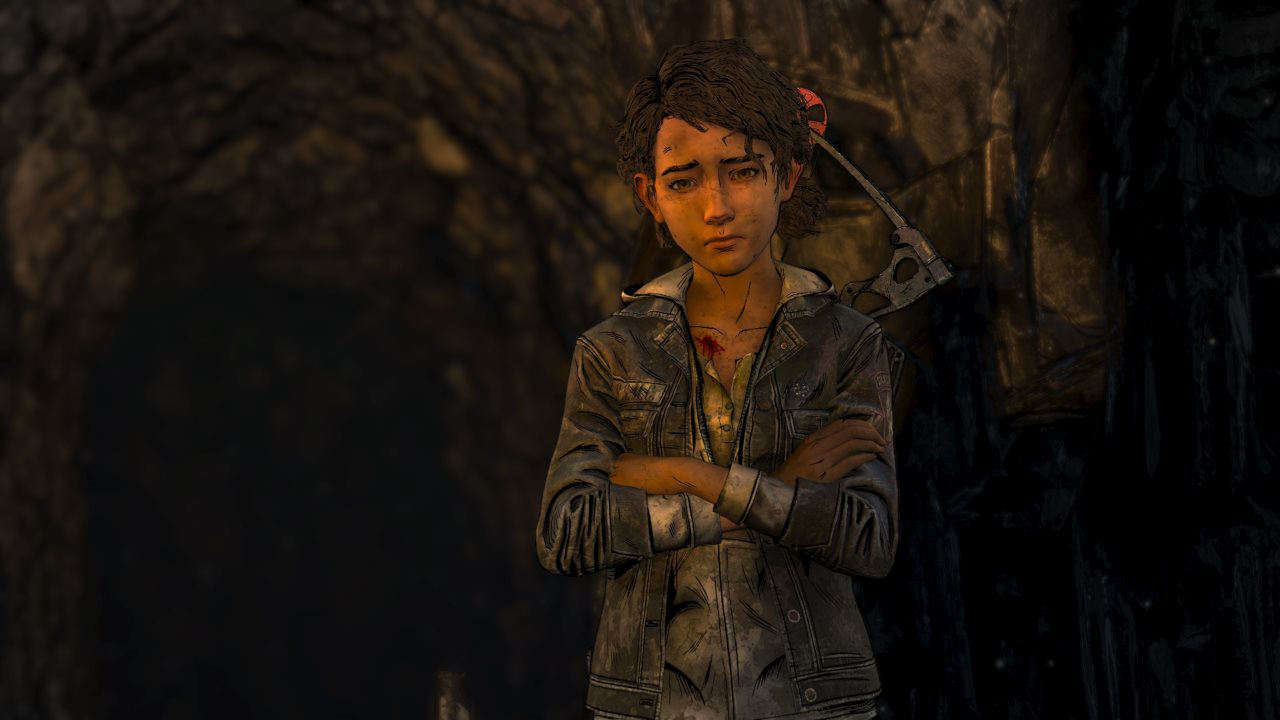 While video games have delivered some of the biggest and most beloved characters in all of entertainment, few are as important to their fanbase as The Walking Dead’s Clementine. From her introduction Telltale’s seminal first season to her shift to a starring role in Season 2 and beyond, fans have cared for and watched as she grew into a true leader in the zombie apocalypse. With this latest season being dubbed The Final Season from the beginning, it was clear that fans had to be prepared to say goodbye, one way or another. While we thought the goodbye would be premature, the series went on, and now we’re here. The Walking Dead: The Final Season – Episode 4 “Take Us Back”. The last episode of the last season. It’s time to say goodbye. Is it a fond farewell?

It’s clear right from the beginning of The Walking Dead: The Final Season – Episode 4 “Take Us Back” that it’s acting more as an epilogue to the epic finale of Episode 3, rather than a new story or full conclusion unto itself. Clementine and her group have dealt a lethal blow to the raiders that had been plaguing them, blowing up their ship and scattering their forces. Your immediate concern is to escape the scene, which is now filled with burning rubble, angry raiders, and a ridiculous amount of zombies. While the battle was hard, it seems like getting home will be harder, and it’s possible that not everyone will make it back. 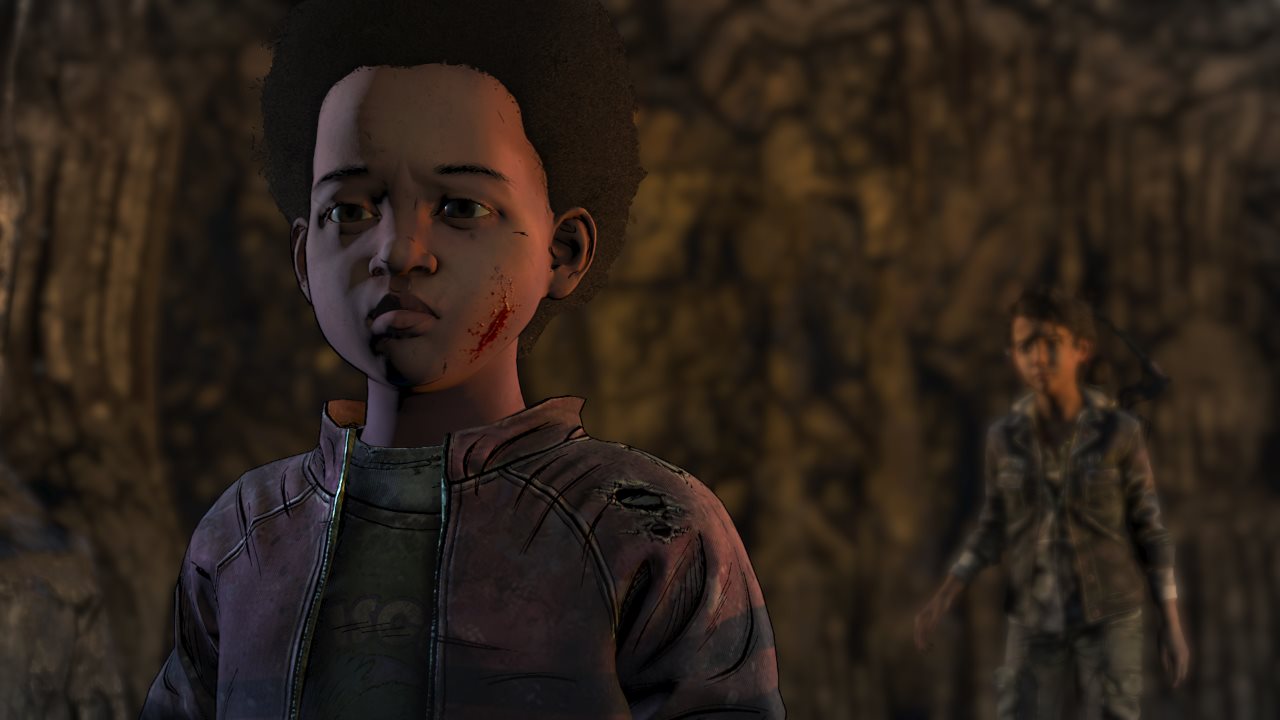 Without going into spoilers, as this long awaited episode should be experienced without them, The Walking Dead: The Final Season – Episode 4 does feel like a conclusion to what has come before it, though a small one. This whole season has felt smaller than the name would imply, not offering any grand plots that foreboded the “final” nature it held for the series. Instead of that it’s clear that the Still Not Bitten Team decided to keep the focus on Clementine as a character, and more importantly on AJ and the effect she has had on him.

This is where Episode 4 shines the brightest, with the game taking its time in showing not only how your choices have impacted AJ, but how they might have a long term effect on him and those around him going forward. If The Walking Dead’s first season was a parenting simulator, then this is the next evolution of that. With that said, players shouldn’t expect this to answer every question, close every storyline, and end with a nice bow on it. The Walking Dead, in all its forms, has been about ongoing stories taking place after the end of the world. This fits that structure perfectly.

However, some events in this chapter do feel rushed. There were four long episodes available to get to this point, and while everything works well, it could have used more time to breath. Impactful moments occur and often land as intended, but depending on the player’s mindset they might hit with more of a “this had to happen now” sort of way. One might wonder how much the sudden closure of Telltale had to do with this, and the overall structure of these final two episodes, but we’ll never know for sure.

With that in mind, it is truly astonishing what the team has done here. Reviving a seemingly dead game surely takes a lot of work. Reviving it to the point that anyone not aware of the situation wouldn’t see any real difference in quality, tone, or plot is a true achievement. While the “Final Season” might struggle to feel all that final throughout, it comes together well here in Episode 4. It does so in many unique ways, telling the story that it clearly wants to in a way that feels authentic and earned. Clementine’s fans won’t be upset by the quality of Episode 4 or this season as a whole, though it could have had more of a final push toward some grand, epic conclusion. That might have been more artificial than what we got though, so in the end players should and likely will be happy with Clem’s journey as presented throughout the entire series. On other fronts, The Walking Dead: The Final Season – Episode 4 “Take Us Back” is actually one of the best the series has ever had. Gone are the technical hiccups from previous episodes, even within this season. Framerate stayed solid, there were no glaring animation bugs, and the experience felt seamless from beginning to end. There were no standout gameplay moments, instead paring things down to the basics this series has used so well. This includes the heavier focus on action and control for the player, with some tense life-or-death moments playing out like more of an action game than traditional Telltale-style fare. The Direction and art work deserves extra praise as well, with framing and composition of many shots looking simply gorgeous, resulting in screenshot worthy moments peppered throughout.

But the focus here is all about the story, and without spoiling anything it’s tough to go too in-depth on it. By the time the credits rolled I felt satisfied with where this season went, and how the character of Clementine was represented throughout. If I can give it any higher praise than the fact that I hope this “Final Season” isn’t so final, than I can’t think of it. The story was well-told, with surprises spread throughout, great characterization that’s built on your own actions, and everything comes together well enough that it lives up to the promise of finality. I wish for more, and fans likely will too, but while that could be a flaw in the plotting of this last season it feels more like years of hard work paying off as we struggle to say goodbye.

Saying goodbye is always hard, and with The Walking Dead: The Final Season we’ve all had to do it twice now. This second time may be bittersweet, but it’s a farewell worthy of the series and its beloved characters. More could have been done to give this season as a whole the feeling of conclusion it strives for and somewhat reaches in this finale, but those who stuck with it this whole time will come away satisfied. Now we all just have to hope that The Walking Dead has one last resurrection left in it, if we want to explore the ramifications of the ending presented here.