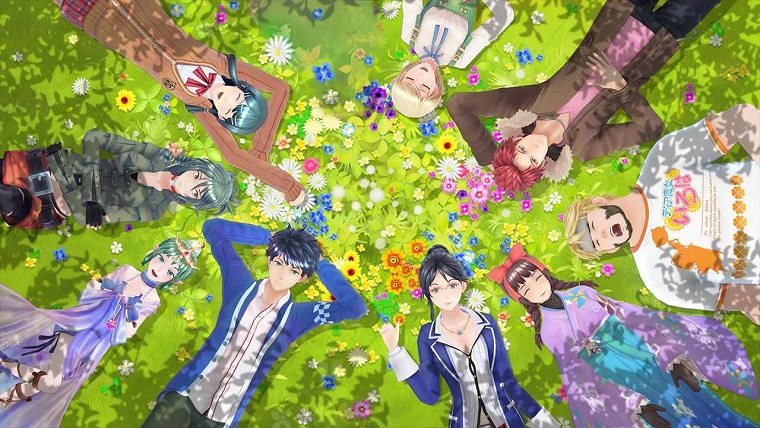 When it was first revealed that the Shin Megami Tensei and Fire Emblem series were going to join up for a crossover game called Shin Megami Tensei X Fire Emblem, the general public was unsurprisingly ecstatic. Two great RPG series with admittedly very different mechanics sounded like a dream come true, though many were wondering just how the developer would be able to blend their different formulas into a cohesive whole. Then the game fell off the radar for a while and re-emerged as Tokyo Mirage Sessions #FE, a title that screams Shin Megami Tensei series a hell of a lot more than the Fire Emblem series.

And the title isn’t a red herring, either, as this Atlus-developed game gets its vibrant visuals and zany characters/setting straight from the Persona series. The story follows a teen named Itsuki Aoi who gets involved in a talent agency for upcoming pop stars, though there’s a lot more going on under the surface. This agency is not only training pop stars, but also training Mirage Masters (Mirages being figures from the Fire Emblem series with characters being plucked throughout its library of games) that give them strength on stage and in combat. Thus, Itsuki and his band of characters are simultaneously rising pop stars and evil-mirage-slaying warriors that must protect their city from the interdemensional evil that has invaded it.

The game’s concept is as crazy as it seems, but Atlus has a way of taking the most bizarre concepts and making them work. The characters are all charming and well-written, with the tone being appropriately light-hearted to ensure that no real sense of seriousness is mistakenly imbued into this narrative. Character interactions are often funny, and while some of the characters are a bit cliched they are still very endearing. The overall story of a world being invaded by monsters and your team having to drive away the evil is pretty standard stuff, but the characters themselves more than make up for its tropes. 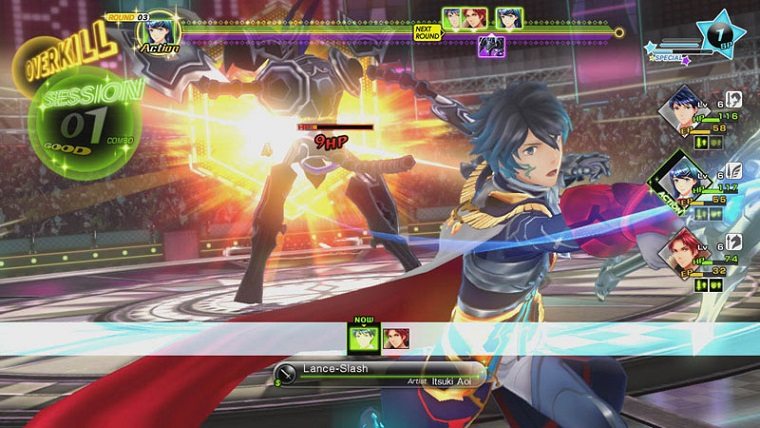 This Persona and Shin Megami Tensei likeness is also present in the game’s dungeon crawling and turn-based RPG battles, as well. There are many multi-floored dungeons to run through that contain light puzzle elements, and enemies will appear on screen and charge at you if they see you. This game shakes things up a little by allowing you to not only hit the enemies outside of battle to get the advantage once combat starts, but to also knock them down so you can run by and avoid the battle entirely. Warp points and shortcuts also play a role, meaning that your inquisitive exploration will eventually allow you to cut down on backtracking as you get deeper into these labyrinths.

The combat is Shin Megami Tensei-centered, but with some Fire Emblem flourishes mixed in

It’s within the actual battles themselves where the Fire Emblem series start to chime in, though more as dressing on the established Shin Megami Tensei battle system. You control a cast of 3 characters in turn-based combat, with a bar at the top of the screen presenting the turn order for both friends and enemies. You can do regular attacks, special attacks, use items and flee battles just as you could in any typical RPG, though elements from Fire Emblem and Shin Megami Tensei flesh it out. Fire Emblem’s weapon system that features certain weapons being stronger or weaker against others is here, as well as Shin Megami Tensei’s physical and elemental strength and weakness system.

However, despite blending what is present in both series, Tokyo Mirage Session #FE adds in some great new twists of its own. Utilizing the aforementioned systems correctly can result in character attacks triggering a Session attack, which is essentially a combo attack where one or both of the other characters chime in with a follow-up attack without wasting their turn. There are a lot of great potential combinations that can be pulled off with this system, which is a nice way to end regular encounters quickly or to deal big damage against bosses. Of course, enemies are able to trigger their own Session attacks, meaning that you may quickly find some or all of your characters wiped out if you’re under-leveled. 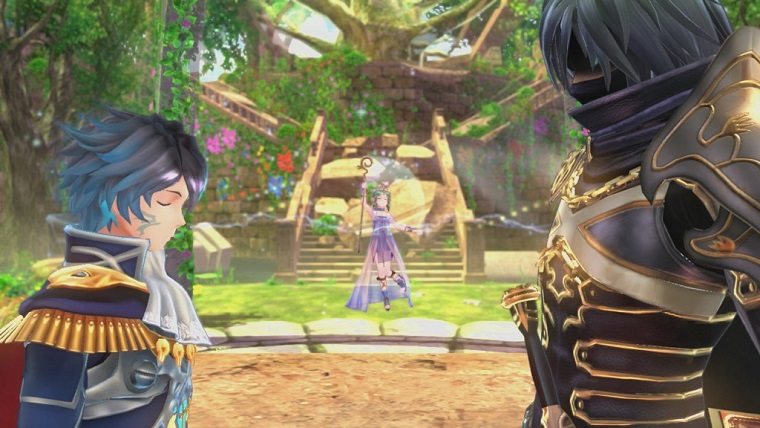 Combat is also flashy as hell, blending in the game’s pop idol backdrop to create some awesome-looking animations. Certain special moves can be triggered that result in straight-up pop performances that boil down to being powerful summon moves, and the ensuing theatrics are often pure eye candy (don’t worry, you can skip them to save time). The game will also switch to anime-style cutscenes during major story events, and they too feature fantastic animation for this kind of game. While I was a little worried that Atlus would try to blend in some rhythm gameplay due to there being such an emphasis on pop idols – not that they can’t pull that off, as Persona 4 Dancing All Night was great – they thankfully left those as cutscenes to give full focus to the turn-based RPG gameplay.

The game’s sense of progression is addicting and rewarding

The game gives you a lot ways to expand on what you can pull off in battle, too. Your weapons level up just as your characters do, and each time they level up you get a new skill. These can range anywhere from new attack moves and healing powers to passive skills like stat buffing. The rate at which weapons level up is also quick, meaning that you always feel like you have new skills to try out. Once you’ve mastered a weapon you can then move on to the next of many other weapons that you can create with items found throughout your travels containing brand new skills for you to learn, and this constant sense of progression is down-right addicting and rewarding.

Outside of the dungeon crawling, you also have a hub world where you can wander around vibrant towns in Tokyo, where the areas are filled with many NPCs that appear as colorful silhouettes. There are a lot of shops to discover throughout the game that allow you to further increase your stats with new accessories, or to just switch up your wardrobe if you’re tired of a particular character’s style. Lots of the game’s side quests take place within these hubs, which not only flesh out the characters but also reward you with brand new mechanics within the combat. Side content in RPGs can often feel disposable, but here it feels just as important as the main content. 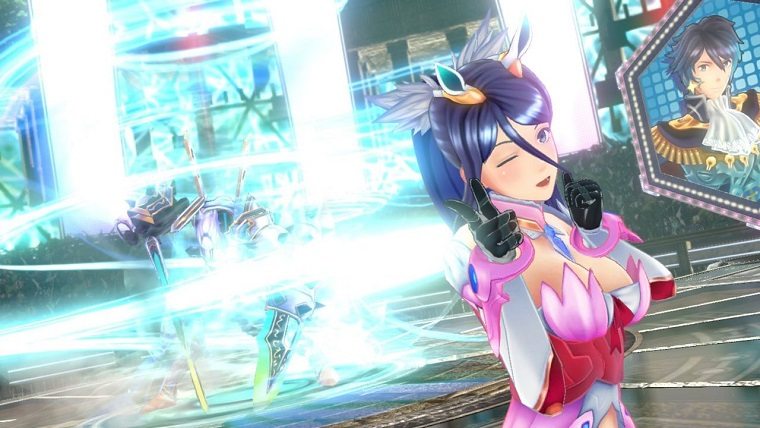 The game is also able to draw you closer to its cast with its brilliant use of the gamepad, which not only serves as a stat menu and map, but also as a phone where you receive messages from your friends. You’ll be hard pressed to take 5 steps without getting a new text message from someone in the cast, and the emoji-filled conversations that take place just on the gamepad’s screen are real highlights. It gives a deeper connection to the characters than what a game typically would, which is due to the fact that this type of character communication is a way that just about everyone in real life takes part in nowadays.

While the game might not be what fans were initially expecting, Atlus came through nevertheless, with a fantastic RPG. It takes a lot from the Shin Megami Tensei series and mixes in some Fire Emblem-flavored icing, and the results are fantastic. The moment-to-moment gameplay of battling monsters, leveling up your characters/abilities and interacting with your allies is consistently entertaining, and the game’s sense of humor is the cherry on top. Tokyo Mirage Sessions #FE is a superb RPG with a lot to offer, and is a must-have game for Wii U owners.