The latest news in the world of video games at Attack of the Fanboy
March 24th, 2017 by Jose Belmonte 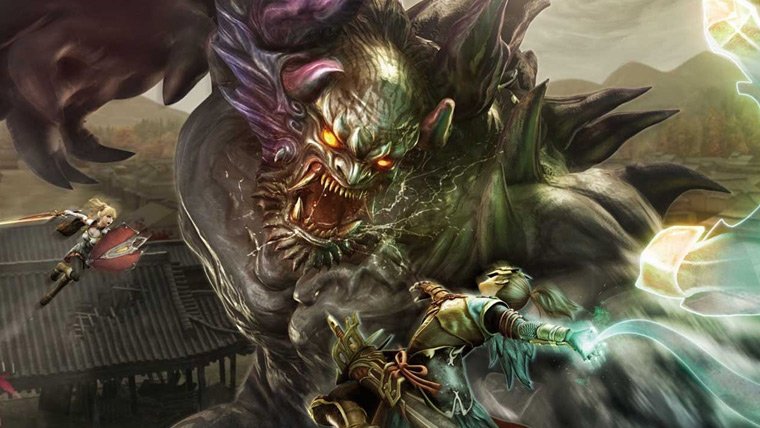 With 2014’s Toukiden: The Age of Demons, Japanese developers Omega Force had achieved the launch of a new franchise that veered away from their usual musou productions. Toukiden was an attempt at making an action game more focused on strategy rather than the spectacle of fighting dozens of enemies at once. But the industry advances fast, and the creators knew that they had to expand on their original concept if they wanted their new series to solidify its position in the market.

Fast forward to 2017, and Toukiden 2 arrives to PlayStation 4, PlayStation Vita and PC to face that challenge. This new entry keeps what made the original Toukiden one of the few successful hunting games launched under the shadow of Capcom’s Monster Hunter series, and adds new gameplay possibilities and a new open-world concept that makes the universe of the game feel more cohesive, and might be what the series needed to develop a stronger identity that separates itself from other games in the genre.

Toukiden 2 is unequivocally Japanese. Right from the introduction we will get a first glimpse at the character and scenario designs that we can expect, which mixed with the soundtrack, builds a very distinctive setting. It’s a medieval Japanese world mixed with fantasy and steampunk elements. 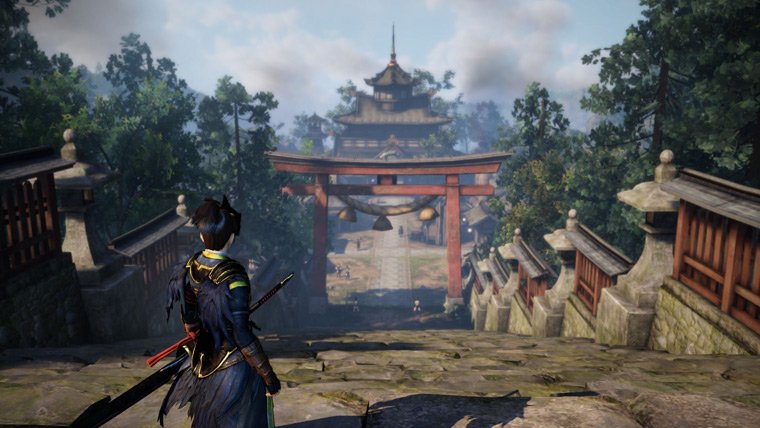 Our adventure begins with the event that sets the whole Toukiden universe in motion: The invasion of the Meiji-era Japan and the rest of the world by the demons known as Oni. Our nameless hero is part of a secret group of fighters called Slayers, who are specialized in defeating these creatures from the underworld. Seeing the worldwide scale of the invasion, the Slayers decide that there is no need to keep fighting in the shadows, and they reveal themselves to the world as warriors with supernatural abilities.

Sadly, the fight doesn’t last long, with our hero only having the chance to defeat a few demons before he is absorbed by a dimensional rift that sends him to the other side of the country…ten years later.

These first few minutes with the game are a very smart move by Omega Force, because it allows newcomers to the series to witness themselves a key moment in the series mythology, referred as “The Awakening”, and assuring them that they are not going to miss anything by playing Toukiden 2 instead of going through the original Age of Demons or it’s Kiwami re-release.

Following this trans-dimensional trip, our character awakes in the village of Mahoroba, where he’ll be greeted by characters like the Professor, or Tokitsugu, a sharp-tongued machine who will easily become a fan favourite. They will inform him that the world has been taken over by the Oni, and that the few human survivors live in a few villages like Mahoroba, spread across the land.

These well-defined characters help us feel immersed in this fantasy world in which the fact that people who have survived the apocalypse has made many of them to share a strong bond with other survivors. It’s a very appealing setting that makes sense of the gameplay mechanics and helps hiding the graphic limitations, heritage of the portable origins of the series, under the reality of this being a decimated world. 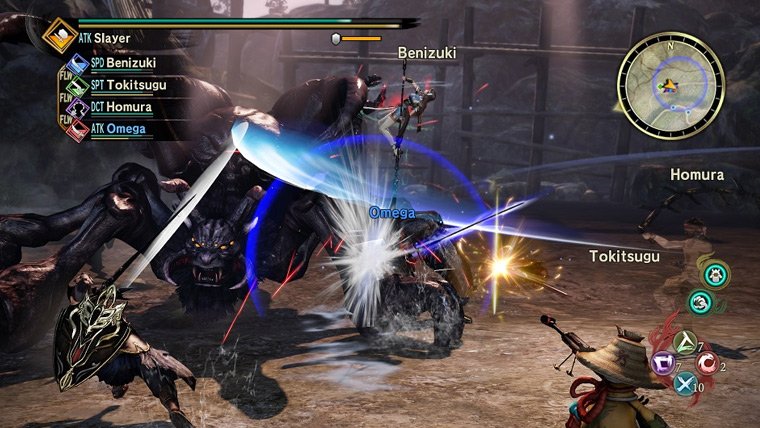 The fact that Koei Tecmo is releasing the title with Japanese voices in the West only helps building a stronger identity, making the setting feel more believable and players more motivated to take part in the story.

From this point on, the world of the game opens to the players, as we will be able to travel across the land, completing missions, joining fights that will give us the chance to meet new characters, or exploring new areas in search of special items. As a new gameplay addition for this title, certain areas of the world will be covered with a kind of fog called miasma, which will progressively empty our energy bar if we stay for too long inside or we fail to reach a sanctuary in a short time.

This is one of the tricks that the game uses in order to avoid the most frequent complain about open-world settings, which is the lack of variety in the activities and situations that players encounter, giving the impression that they are walking through a long extension of…nothing. Toukiden 2 manages to remain entertaining thanks to smaller-scaled world, which places events closer to each other compared to other games, a fair variety of situations that we can face, and a very useful movement that will allow us to move quickly through the world, which is activated pressing L3 on PS4.

But a variety of situations will only take us so far, and in an action game, it is left to gameplay mechanics to keep us entertained while we fight the demons that populate this world. This is a section that expemplifies better the game’s concept of keeping the content from previous entries while throwing in new additions that expand the options, building a more complex and interesting experience. 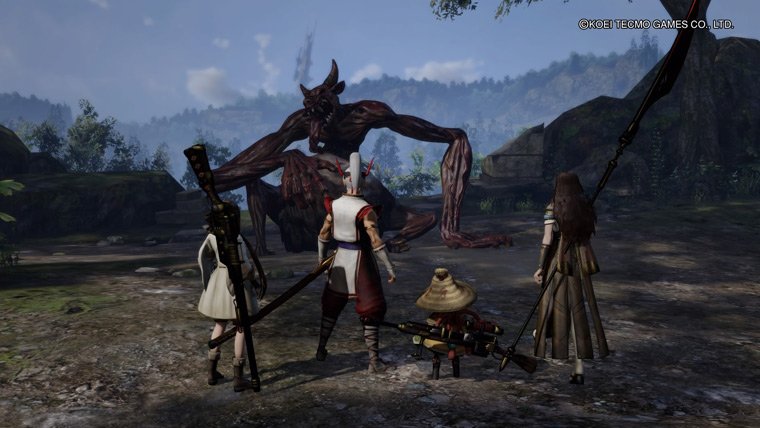 As we start the game, our first task will be designing our own character, making use of a complex creation program that will give us a very high number of options to change our appearance, including more than 70 hairstyles. With so many types of face features to choose from, it’s inevitable that some of them feel essentially the same, something especially evident with the slection of wide eyes. The more distinctive touches will come when it’s time to decide their position and size on the face.

A very welcome touch that goes beyond the more straight forward character traits is the ability to determine our hero’s age impression by the amount of wrinkles on his face, a subtle touch that definitely adds a lot of character to our creation.

We will also have the chance to choose our starting weapon, a decision that is not as trascendent than it could seem at first, since we will be able to change it after we have gone through the short opening chapter. All of the weapon types from Toukiden Kiwami remain available, including swords, double knives, spears, gaunlets, bows or rifles, but there are two new items in Toukiden 2 that will add some variety to our style of fighting: The first one is a set of sword and shield, which allows us to take a more defensive approach to battles, while the new chain whips expand the extension of our attack and even let us throw arrows of energy.

All of the weapon types from Toukiden Kiwami remain available

What complements our choice of weapon are a series of spirits from fallen warriors called Mitama, which can be equiped in a weapon in order to unlock special abilities which depend on the nature of each Mitama. For example, some of them tend to provide us with more powerful attacks, while others give us more ways to raise our defense.

But the other main weapon addition of Toukiden 2 is the Demon Hand. This device, created by the Professor, gives the characters’ thoughts the physical form of a long, translucent arm and a giant hand, which is able to attack enemies of the largest size, or allow us to move quickly through the combat area or over certain obstacles. Knowing the gameplay possibilities of the God Hand and learning how to combine them with our weapon skills is a big part of the strategy required to survive the toughest combats. 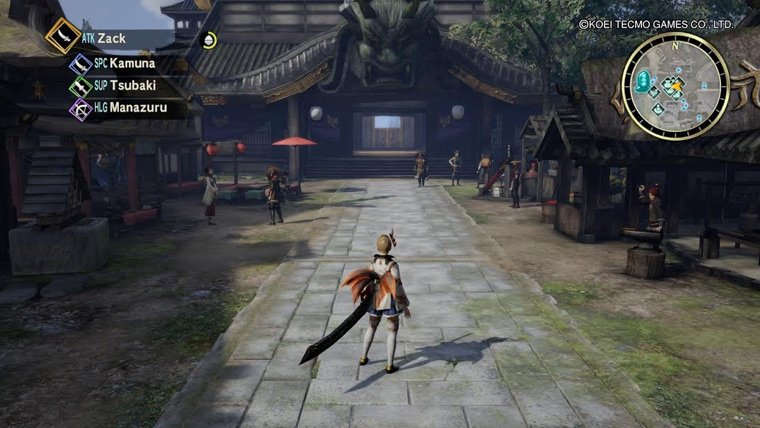 So, we have a hunting game with a unique setting that is built around a complex fighting system. We only need all these elements to be supported by a strong visual representation, and unfortunately that’s where Toukiden 2 fails to reach an acceptable level for a mainstream audience. The game suffers from being designed as a PlayStation Vita title first and foremost, which in turn it sets some graphic limitations that not even a jump to PlayStation 4 or PC can remedy.

We are not talking about the most simple graphic elements like textures or lighting, which, even if they don’t excel, they are completely fine by PS4 standards. It’s the more intrinsinc elements like the lack of NPCs on screen and the lackluster animations what make us realize this is not even a medium-size PS4 production.

The simplistic textures in the character creation tool will be the first sign of the graphic shortcomings, but it’s where we start our first fight that we’ll see how these technical limitations affect the gameplay. The designs of the Oni are fine, but it’s their limited collection of moves what breaks the atmosphere and takes us out of the game, realizing that this is closer to be a remastered PSVita game like Kiwami rather than an entire new production.

Another very evident graphic limitation is the day and night cycle, which will feature an almost identical lighting in the nocturne hours, which developers justify by having one of the brightest moons ever seen in a videogame. A very slight lighting decrease and street lights will be the only visual signs that will tell us that the day is coming to an end.

And the jump to a more powerful system like PS4 has not provided the graphic improvements that would be expected, as the framerate has stayed on a more stable 30FPS instead of the 60FPS that would be desired as a payoff for running such a limited production.

Overall, Toukiden 2 is a determined step forward for Koei Tecmo’s action series. It keeps the unique setting and complex mechanics that made this one of the few hunting games that have rightfully earned a dedicated following, and adds an open-world system and gameplay possibilities that solidifies its position not just as one of the best Monster Hunter alternatives, but as an action game on its own. It’s just the graphic limitations that will keep this from appealing to a bigger audience.