The latest news in the world of video games at Attack of the Fanboy
August 25th, 2015 by Emily Speight 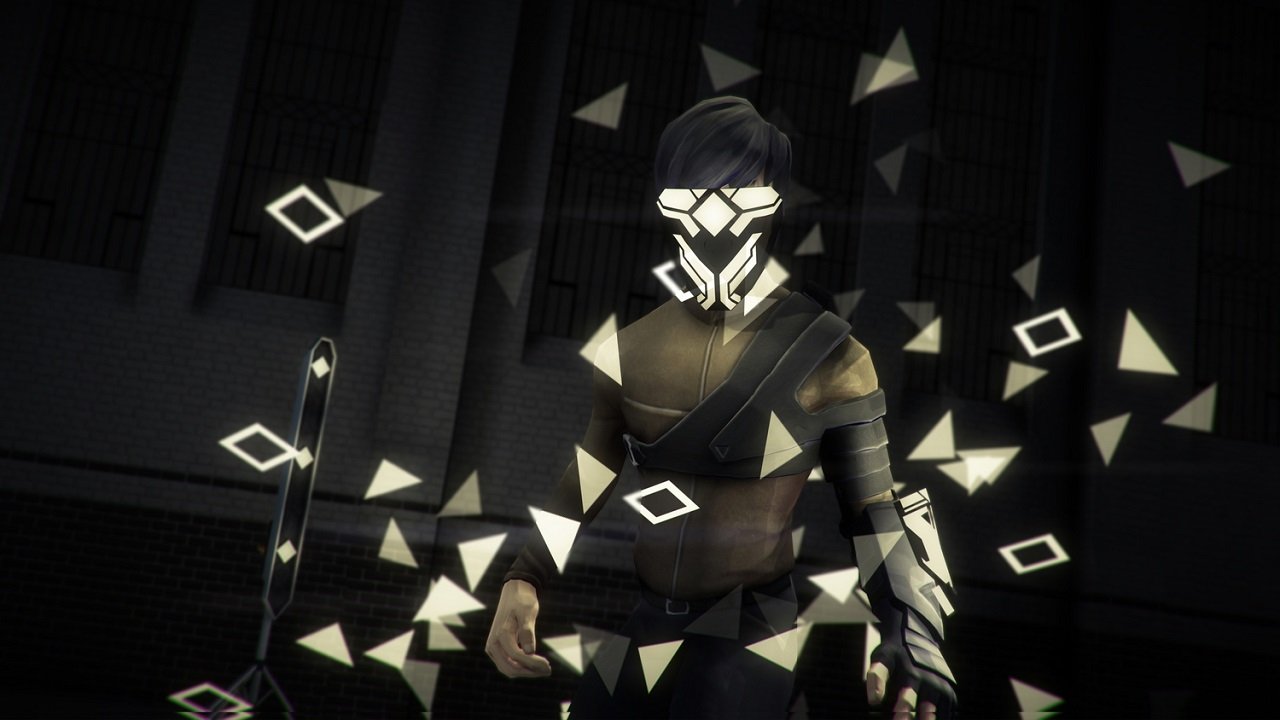 Stealing from the rich and giving to the poor is an idea that’s been resonant throughout the centuries. Why would this change in the centuries to come? Mike Bithell (Thomas Was Alone) has used this idea to deliver a minimalist stealth game with a heavy dash of cyberpunk — Volume.

Volume’s story taps into the anxiety and animosity inherent in the English class system. It tells the tale of an England under the thumb of Gisborne Industries, where one’s birth rigidly determines their role in life. Rob Locksley (no, I’m not joking about that name) is a soft-spoken man with a mask, a stolen AI, and a mission to inspire the masses. He prowls non-violently through the simulated residences of the wealthy, using a program designed to train their guards and soldiers to instead walk his rapt audience through the details of robbing these facilities — even as he knows Gisborne is searching for him. That’s right: he’s a cyberpunk streamer playing a deadly game. (Kappa.) 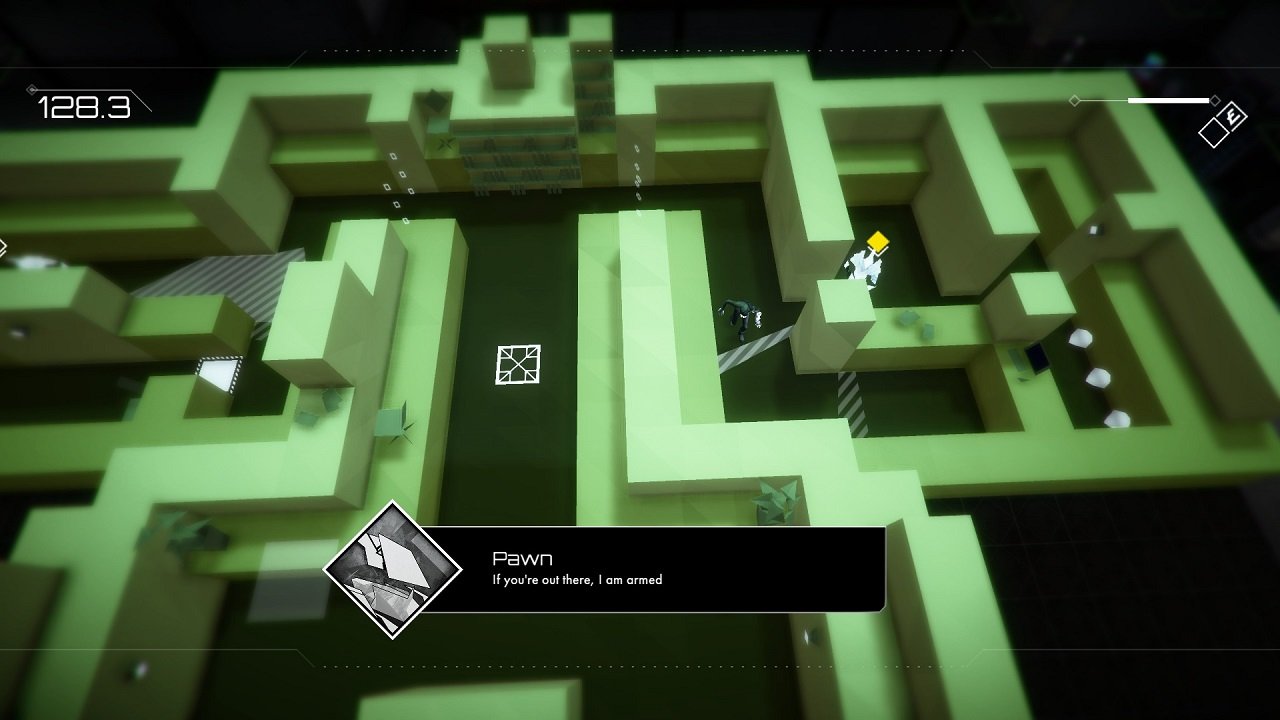 With only an empty, nondescript warehouse at his disposal, Locksley is limited by the four walls around him. Bithell uses this limitation to intelligently construct levels that represent slices and glimpses of structures. Gameplay is hugely accessible as a result, with most levels taking around five minutes to complete — accounting for trial and error. You’ll find yourself caught in the classic trap of “just one more” level before you realize you’ve plowed through a respectable chunk of the game.

A decent amount of Volume’s stealth is rooted in trial-and-error based gameplay, learning how enemies will react to various stimuli. Putting all of this information together finally and pulling off a heist smoothly is a real rush, but there will be a lot of bumps along the way. To compensate, checkpoints are available after most activities so that minimal progress is lost during these “bumps”. Volume gradually raises its difficulty throughout its one hundred levels, and staggers its introduction of new mechanics, enemies, and oddities accordingly. 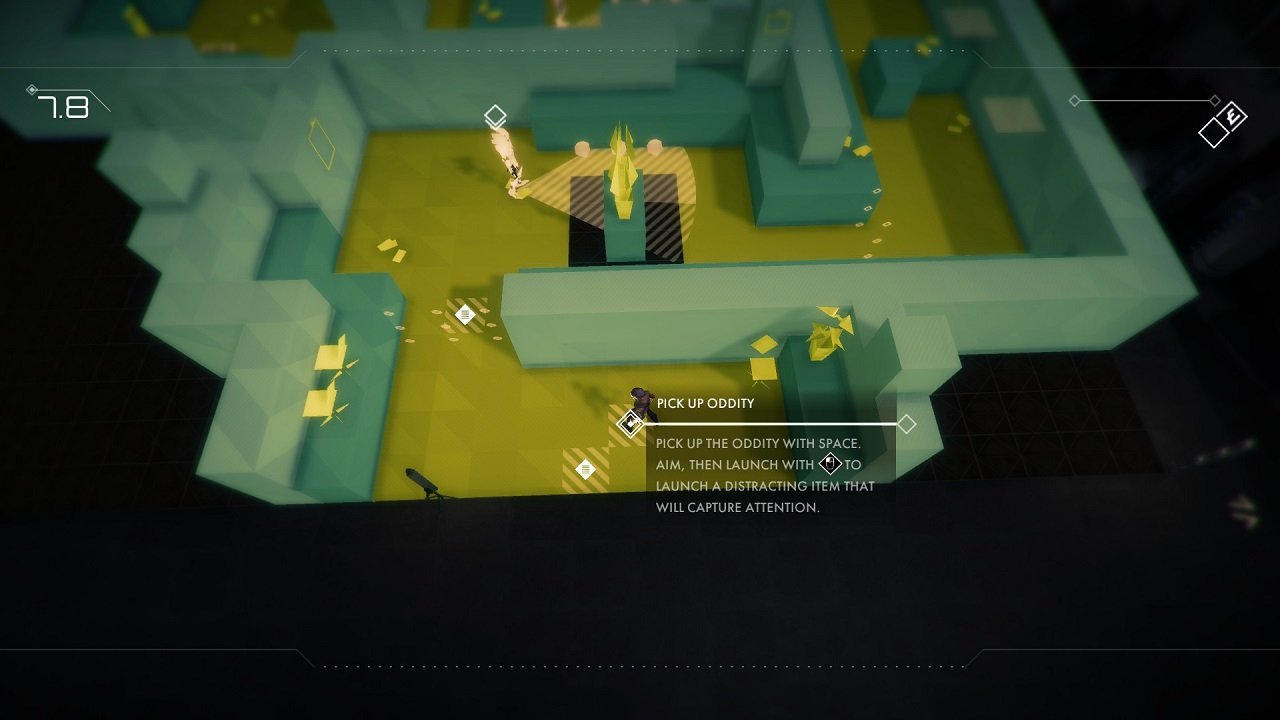 You will still be using your repeated deaths to unravel most of the game’s more difficult puzzles. Thankfully, Volume realizes this and has content designed to offset the frustration inherent to its style of gameplay. Light-hearted tributes to the stealth genre flow here, including callbacks to Metal Gear Solid, including a particularly enthusiastic one from Danny Wallace, clearly enjoying his role as Locksley’s AI companion, Alan. I think my favorite moment was when a low-level enemy, a Pawn, took several seconds to line up a shot, ‘killed’ Locksley and then muttered “must have been the wind” while the level reloaded.

Not every mistake is fatal. Volume’s enemies rarely kill immediately. Some, like Turrets, are easily evaded while others, like Hounds, are harmless by themselves, but capable of calling more trouble onto the scene. It’s therefore quite easy to cheese levels and checkpoints by making a mad dash for the next checkpoint or exit. On hitting a checkpoint, Volume often records an objective as complete and resets the positions of relevant enemies, ensuring that no scenario becomes unwinnable. If you are morally vacant or just easily frustrated, you’ll find yourself employing this strategy often. 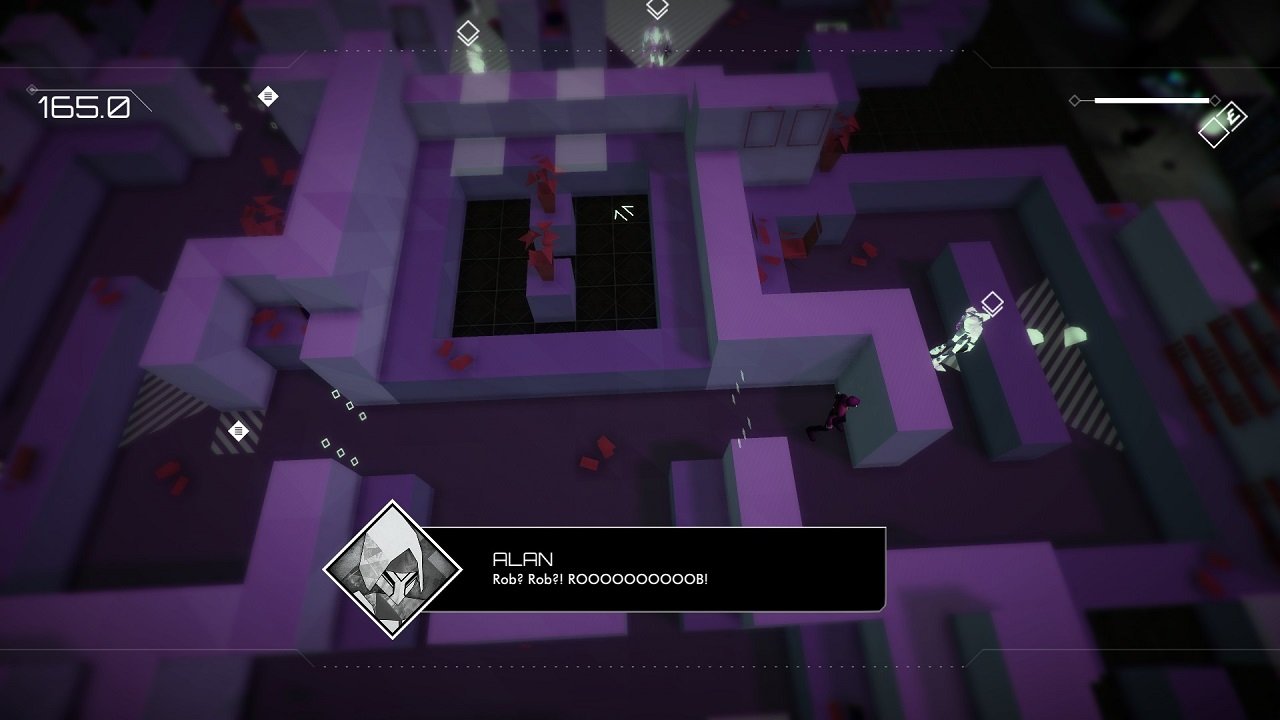 The game’s controls are simple, but character movement feels clunky in execution. This seems at least intentional in part, but it can be annoying to see Locksley fumble his way over a noisemaking pressure plate or slide himself against the wrong wall — invariably at the worst possible time. This poor performance under pressure encourages players to plan their movements and execute them as methodically as they can.

Volume’s soundtrack is unobtrusive and largely ambient outside of menus. At first I considered this a point against it, but it does seem appropriate to the stealth genre. Near misses will be noted by musical cues that can really heighten the tension of a situation. The quiet, moody soundtrack explodes into life while once you’re spotted and makes the scramble to safety (or the calm acceptance of death due to your own mistake) appropriately dramatic. This plays well with the slow-burn story, revealed through audio clips and text files interspersed throughout each level. 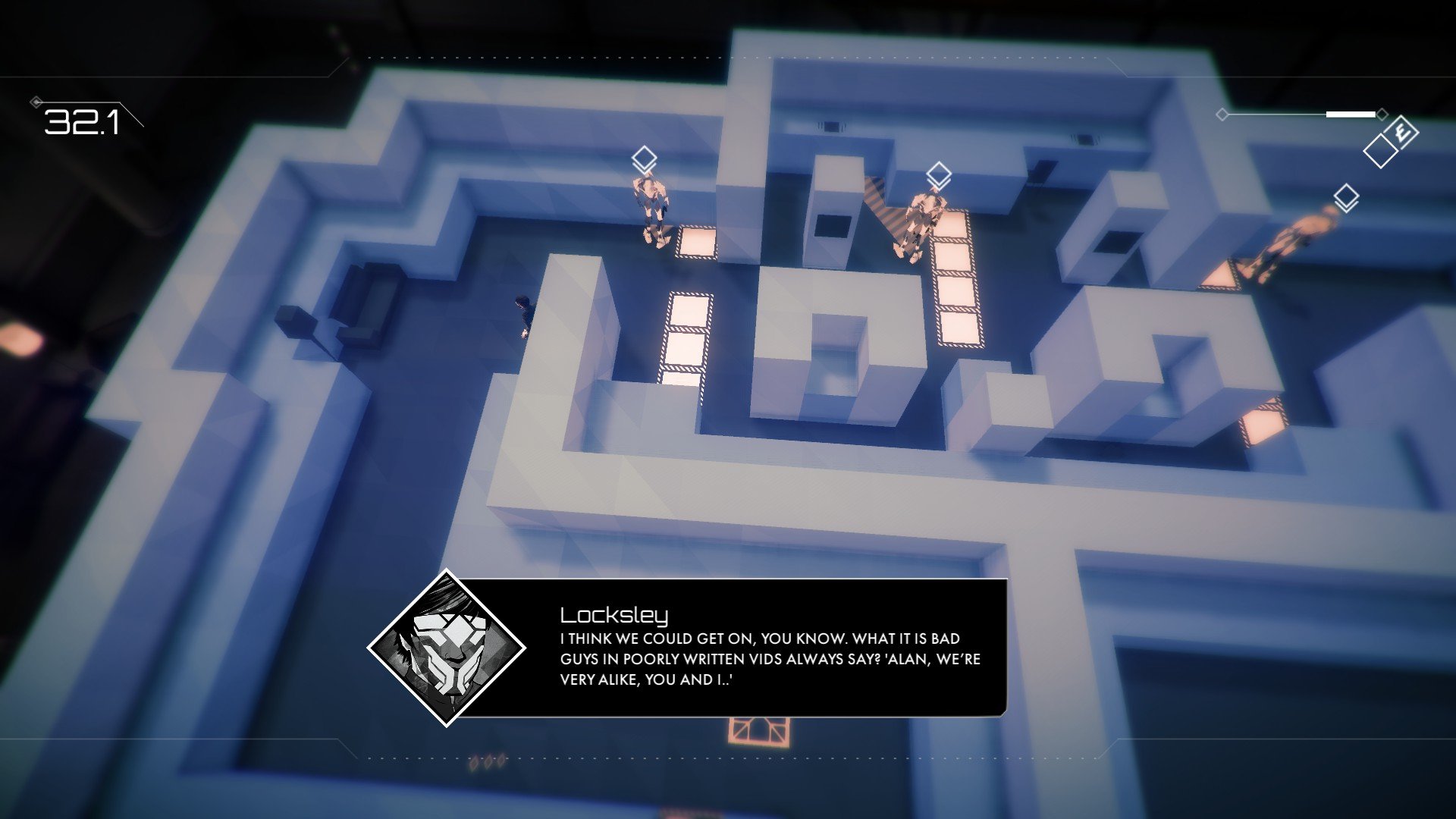 Part of the appeal of Volume is its clean, beautifully minimalist design. As a result, Volume’s level editor is a breeze to use and beginning to see some excellent additions, including remakes of Metal Gear Solid VR levels and a fiendishly difficult rendition of Space Invaders. Levels are made distinct by different palettes, but still consist of largely the same toolkit of objects, rearranged over and over, making development largely a matter of drag and drop, with frills.

All in all, Volume is a game that has been carefully and lovingly developed into a polished title that strips stealth down to its satisfying core. It shows us that limitation really does breed creativity, delivering a thrilling, accessible experience in bite-sized pieces.