The latest news in the world of video games at Attack of the Fanboy
November 4th, 2017 by William Schwartz 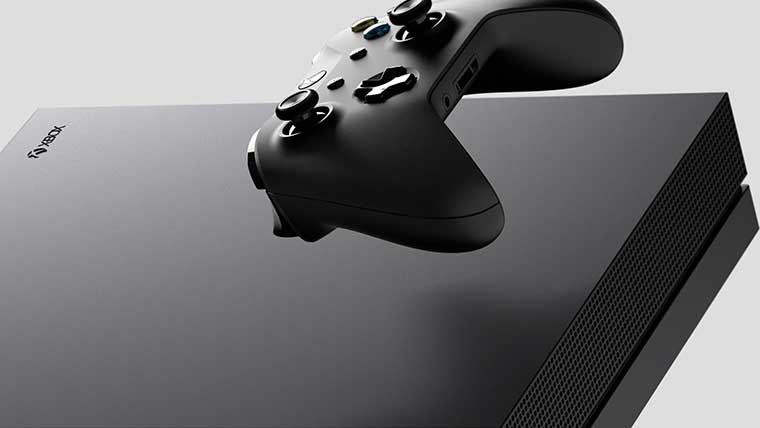 When Microsoft announced Project Scorpio it was a reveal full of hyperbole, so it seemed.  A couple of years ago, they were promising things that didn’t seem possible at the time.  They quickly branded the Xbox Scorpio as “the most powerful console ever.”  It was hard not to be skeptical.  Is it really possible to make a console that delivers 4K gaming to the masses at a reasonable price?  Building a PC that runs modern games at this resolution is already expensive enough, building it to also be able to run modern games at a decent framerate and you’re looking at a very pricey piece of hardware.  Microsoft has done it though.  After taking this console for a test drive and putting it through its paces, there’s no doubt in my mind that the Xbox One X is the most powerful console on the market, offering both 4K gaming at high framerates,  and it does it for under $500.  The Xbox One X is everything you’re hoping it will be from a gaming standpoint.  It’s Microsoft’s flag in the sand, a machine that feels like it was made for the core gaming audience that wants the best gaming experience possible on consoles.

The specs of the machine are incredible.  We’re not going to rehash these here in this review.  The facts are that the Xbox One X is a much more powerful machine than any other console on the market.  Neither the Nintendo Switch or PlayStation 4 Pro are on par with this machine.  While the PlayStation 4 Pro is its closest rival, even it pales in comparison in every technical benchmark.  For under $500, you’re getting a console that eeks out more power out of a comparable CPU (to the PS4 Pro), a GPU that’s 4x more powerful, and more memory.  These components are bundled in an incredible package from a form factor perspective.  Microsoft has managed to stuff all of this into the most compact box in the Xbox One lineup.  It’s quite remarkable.  You’d almost assume that there would have to be some place that they’ve cut corners, where the console doesn’t live up to expectations, but it continues to surprise.  It’s a quiet console, that generates relatively low heat due to some impressive engineering and cooling features even when running the most demanding of games. 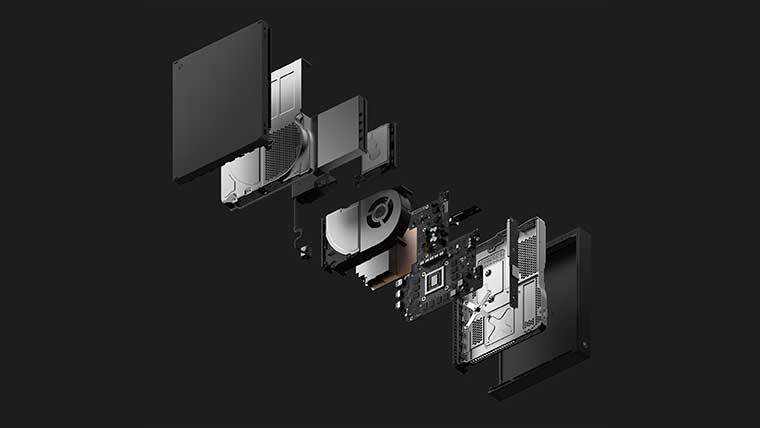 Here is where things are most impressive, in the games.  If you’ve yet to experience 4K or high frame rate gaming, it’s arguably the most immersive way to play games.   Once you do, you’ll have a hard time going back.  The crispness found in 4K UHD titles that have been updated on the Xbox One X offer incredible visuals for those that have 4K capable televisions.  When they’re coupled with high frame rates, like in Forza Motorsport 6, Gears of War 4, Halo 5, Halo Wars 2, Super Lucky’s Tale, or others, it’s a magical experience.  There is no comparison to it.  These experiences are on the bleeding edge of technology available to consumers in terms of the highest fidelity possible in gaming.  While Microsoft exclusive titles seem to be the ones that are getting the most out of the hardware, third party games that have been updated to what’s being called “Xbox One X Enhanced” are equally impressive.  Comparing the visual experience from Xbox One to Xbox One X in games like Madden NFL 18, Assassin’s Creed Origins, Call of Duty WW2, Rise of the Tomb Raider, Titanfall 2 and others, is night and day for those that do own a 4K display.

The Xbox One X is the ultimate gaming companion console for 4K display owners, but it does also offer benefits for those that don’t have one.  These benefits just aren’t quite as meaningful.  Those buyers will enjoy the benefit of games that run and play better for those that have dynamic scaling for resolution, and in some cases better framerates.  This isn’t an across the board metric.  There are certainly games that have been released over the years that are un-optimized and players won’t see dramatic bumps in those cases or any change at all from their original release.  Games that are Xbox One X Enhanced but played on a 1080p monitor are supersampled.  This is a form of anti-aliasing that removes jagged and pixelated edges for a smoother appearance.  It’s not quite as dramatic an effect that jumping up to native 4K or the other methods that some games use to get to higher resolutions, but it still looks better than the base Xbox One or Xbox One S by a landslide. 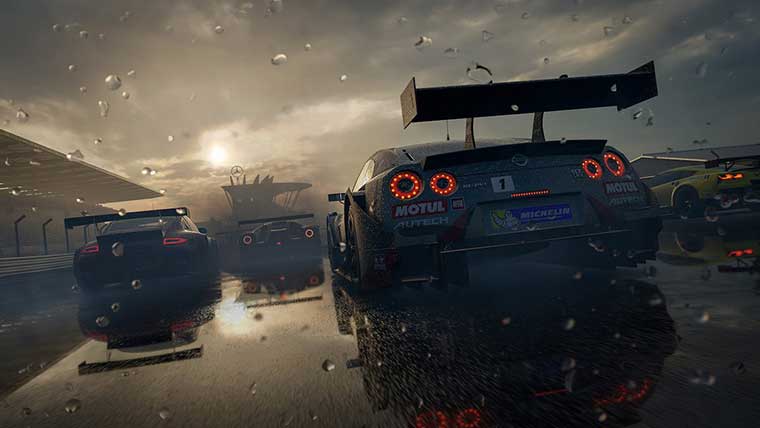 As good as the results are, it’s all a little bit confusing at this point.  This might be the one aspect of the Xbox One X that Microsoft will need to dial in as they launch the console and more games start seeing these enhancements.  As it stands, the update method is hard to follow.  While they’ve tried to add a tab into your game library section on the new Xbox dashboard that displays which games have Xbox One X Enhancements or not, it’s not always reliable as games that have obviously seen a resolution bump or other features aren’t shown in the menu.  It’s also unclear what enhancements have been made.  While Microsoft is changing the packaging of games to list Xbox One X Enhancements on the cover, it would be nice to either have something in the system that notes what improvements have been made, and even nicer for developers to include options within the game itself.  Rise of the Tomb Raider does this to great effect, giving the player the option to use the power of the console in the way they see fit.  They can opt for a native 4K experience, one that focuses on framerate, or one that enriches the visuals of the game across the board.  More often than not, I was left guessing at the enhancements, and then pushed to the internet to confirm.  Time will tell just how much each developer takes advantage of the console, but it’s going to be up to them.  We’ll likely see Microsoft developed titles getting the most out of the hardware, offering players the most options.  Though it would be a huge disappointment if developers didn’t take full advantage of the additional power that this machine has over its closest competition in the PS4 Pro.

Telling which games are “Enhanced” can be confusing

The Xbox One X has everything you need for the best possible gaming experience, and while they’ve taken a step back from their focus on other forms of media, the Xbox One X is a great multi-functional device for the living room that has a 4K display.  Apps like Netflix and Amazon Prime allow users to watch 4K video.  The drive in the console plays UHD Blu-Rays as well.  So watching your favorite television shows or movies can be done at the highest fidelity.   To really hammer home this high fidelity experience, both Dolby Atmos and Windows Sonic are available on the Xbox One X.  Both are viable options when it comes to delivering great sound, but pairing these with a gaming headset like the Turtle Beach Elite 800,  Stealth 700/600 or others, will provide an unparalleled gaming or video watching experience.  Not every app has 4K support at this point, but hopefully more get on board.  Apps like the NFL App and YouTube could surely use 4K playback options as they’re probably just as popular as those aforementioned.

If this is your first Xbox console, set-up is not complicated.  If you’re transitioning from the Xbox One/S, there’s a little bit of housework that needs to take place.  This can be done in a couple of ways, both of which were pretty painless.  The easiest option is in the external storage method.  This has you copying files from the Xbox One/S to the external drive and then simply plugging this device into the console.  The transfer was quick and depending on the amount of games and apps that you are transferring times will vary.  The lengthier process was by doing this over the network.  Each was viable, but the external transfer was preferable.  We did see some hangups in different apps where things like user ids and passwords needed to be re-entered, and if you’ve not kept a good log of your passwords for different accounts on your previous console transferring to the Xbox One X could have you needing to reset these or figure them out.  A small price to pay for the benefits of the console, but a hassle we encountered nonetheless.

The Xbox One X hits the sweet spot between power, accessibility, and price

It’s just the beginning for the Xbox One X, but at this point it’s hard not to be excited by this console.  As an owner of the PS4 Pro, a gaming PC with a top-end graphics card and other consoles,  the Xbox One X feels like the most powerful device in my gaming arsenal.  The ease of use when compared to a gaming PC, and the additional power when compared to the PS4 Pro put it into this sweet spot that make it feel like the best place to play for me.  Factor in the price of the hardware and it really becomes a no-brainer.  Software will ultimately tell the story of this console though.  In order to get the most out of it, Microsoft needs to push developers to add features and options that make best use of it or develop games themselves.  This is a spot where Microsoft has been trailing both Sony and Nintendo as of late.  Though with the Xbox One X and power backing the console, a killer app is surely not far behind.  There are games in the pipeline like Sea of Thieves, State of Decay 2, and Crackdown 3, but time will tell if any of these are meant to be the tentpole title that urges consumers to purchase.  In the meantime, Xbox One X owners will have plenty of “Enhanced” titles to play with and they are impressive in their own right.  The library is growing and as developers issue updates for their games, the old ones get a new lease on life while the newer releases feel state of the industry.

Microsoft is making an impressive case for the Xbox family with the addition of the Xbox One X.  They seemingly have something for everyone and have truly come back to a gaming first ideology for the Xbox brand.  They’ve got a console that runs the newest games in their best form, older games with enhancements that improve the experience, and those that don’t have enhancements just flat out look and play better.  While other consoles may have taken a half-step measure when it comes to 4K gaming, Microsoft appears convinced that this is the future, and that future is bright and beautiful on the Xbox One X.