The latest news in the world of video games at Attack of the Fanboy
June 30th, 2016 by William Schwartz XCOM 2 fans and critics alike have been largely unimpressed by the Reinforcement Pack that arrived alongside the game.  Starting with Anarchy’s Children then moving to Alien Hunters, this three part pack concludes with Shen’s Last Gift, and this third DLC might be the best of them all.   The problem with downloadable content for XCOM 2 is that Firaxis made this game completely moddable, leaving much of the DLC very much unimpressive as it really only added cosmetic alterations to the soldiers.  What Shen’s Last Gift does that the other DLC didn’t do is give players a narrative driven quest, and by completing said quest, you get a brand new solider unit to take into battle.

For fans who’ve played Enemy Unknown/Within and the more recent XCOM 2, you’ll be familiar with the family Shen.  Lily Shen, the engineer in XCOM 2, daughter of Raymond Shen, receives an odd signal while working.  That pushes XCOM to investigate, leading them to a mysterious location off the beaten path.  Lily Shen tags along as a hero unit for this mission, appropriately, as it turns out the area the team is investigating is her father’s hidden laboratory. While the story bits are best left to be uncovered by the player, the goal is to complete the mission at hand to unlock a new type of unit for the XCOM team. 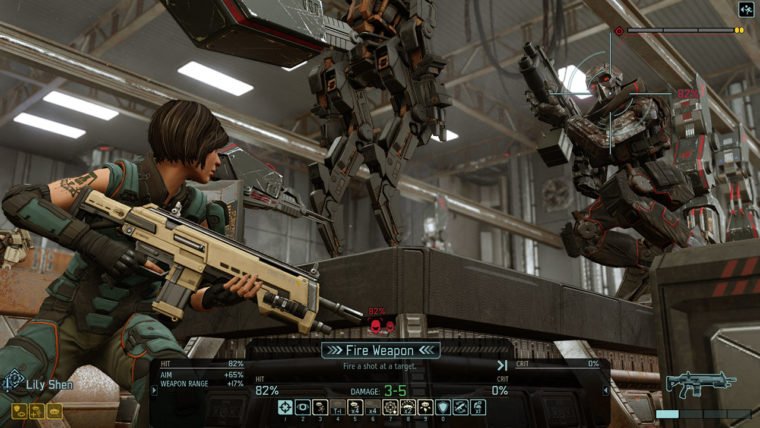 Spark-001 is Raymond Shen’s greatest creation.  This mechanized soldier has numerous abilities and like the other solider classes, can be promoted and upgraded using the game’s ability tree. Better yet, these mechanized soldiers can be created aboard the Avenger, by creating a “Proving Grounds” within the ship.  The Spark robots aren’t cheap, they’ll cost you plenty of both time and resources to make.  They are worth it though as they deal more damage and can absorb damage, as well as doing things like hacking.  For XCOM fans who’ve been waiting for a weapon like the old Shivs to return to XCOM 2, the Spark is a bigger and better alternative.

On the battlefield, the Sparks control much like a human XCOM soldier.  However, being a machine, the unit has an Overdrive function which allows them to take multiple turns as their bonus power.  They’ve got a powerful launcher, as well as powerful primary weapon.  As you continue to level a Spark unit, their powers and functionality increase.  Unlike human soldiers, the Spark can also be taken into battle whether it’s wounded from a previous mission, or not.  They can also be slotted into a repair bay in Shen’s engineering room to receive repairs. 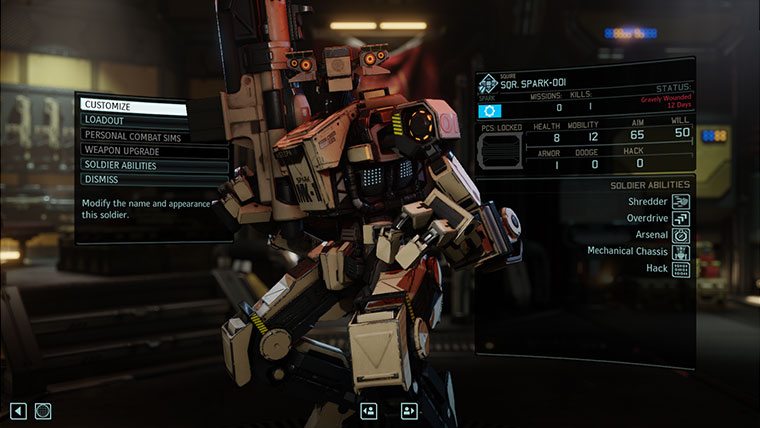 For XCOM fans who’ve been waiting for some DLC to arrive that changes the game in more ways than just cosmetic, Shen’s Last Gift does just that.  While we played a beta version of the DLC for this review, it appears that the content is available from a very early point in the campaign.  It’s unclear whether or not the mission required to unlock the Spark unit will just pop up in any ongoing campaigns, or whether you’ll need to start over entirely to access the content.  Either way, the new unit does change the game in more meaningful ways than previous DLC had.

You can take a look at some gameplay from the Shen’s Last Gift DLC on one of the very first Blacksite missions in the game.

Firaxis has saved the best for last with the Shen’s Last Gift DLC.  A narrative-driven mission that culminates with adding a brand new mechanized squad member to your XCOM team is far more than anything we’ve seen from previous DLC releases.