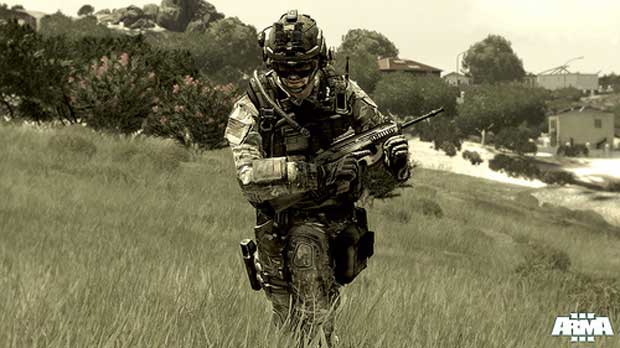 The next sequel to the ARMA series, ARMA III is in development right now according to Bohemia Interactive. Known for its challenging gameplay, this series has been near the top for anyone who enjoys tactical military simulators. Not a whole lot is known right now, but we have a release window in 2012 and reports the game will be shown at E3. Some general specifications are known too, the game will require at least the Windows 7 or Vista Operating System, a Core i5 or Phenom X4 CPU, 2 GB RAM, and a  896 MB Nvidia Geforce GTX 260 or ATI Radeon HD 5770. No DirectX9 support,  you must have at least DirectX 10 and 15GB of Hard Drive space, so the game is not a complete monster, but it certainly has bad breath and growls.

ARMA III will follow the storyline of the previous series, with NATO forces making a last stand of sorts after years of intensive conflict against the Eastern Armies. Operation Magnitude is launched by NATO in the hopes of securing a secured military secret, dispatching a small team of Special Forces Operatives and Researchers to an enemy held Mediterranean Island. With the mission compromised and nearly wiped out, Captain Scott Miller is washed ashore and fights to complete the mission.

Naturally there will be a rich Single Player Campaign, with a storyline that evolves from a stranded, lone wolf operative to that of a military commander in an open ended story. The list of weapons and vehicles will read like a mercenaries Christmas wish list, and the game will feature the ability to customize the loadout of your character. Taking advantage of Nvidia’s PhysX, the animation system has been completely revamped, and the geographical features modeled after actual real world locations.

The multiplayer will feature co-op and competive style gameplay, and will have full Dedicated Server support for both Windows and Linux. There will also be a mission editor, which will allow you to make customized scenarios and open the possibility up for modding in the future.

I included some screenshots for your enjoyment below, this game is looking nice. Oh, and keep your hands off that Comanche, its mine. I’ll be seeing you there!