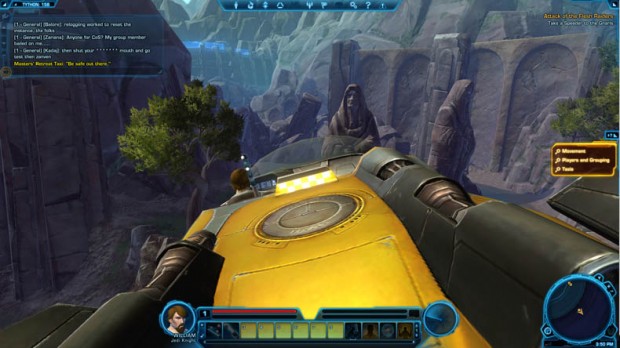 Star Wars: The Old Republic is currently holding it’s weekend beta-testing and went live yesterday morning.  Having had the chance to play through the opening sequences for the Galactic Republic’s  Jedi Knight and the Sith Empire’s Bounty Hunter classes, we took a bunch of screenshots from the experience.

As we dig deeper into the SWTOR universe, be on the lookout for more screenshots and a preview of our time with the game in the coming weeks.  Until then, have a look at the gallery below.

Star Wars: The Old Republic is heading to PC on December 21st, 2011 from Bioware, EA, and Lucas Arts.