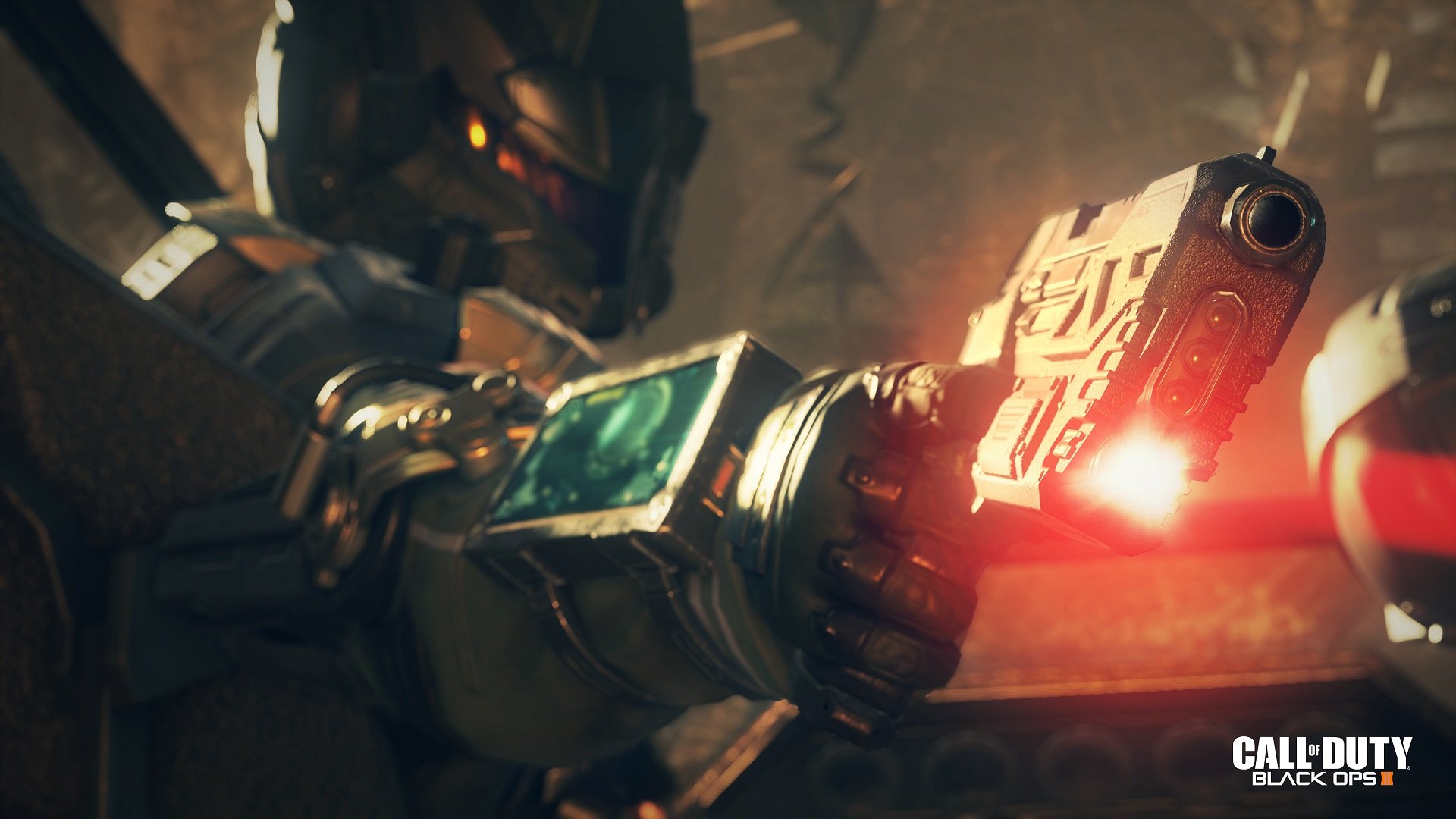 Now that all the Call Of Duty: Black Ops 3 information is out in the open between the gameplay reveal, the leaks and the PC specs. It’s time to have a look at the official screenshots that look quite awesome and show off new characters and elements of Black Ops 3.

The screens show a great bit of characters and even new weapons. The enemies look a lot like Atlus soldiers from Call Of Duty: Advanced Warfare. The guy in the image above looks a lot like a Guardian from Halo 5 which is a bit odd. Some screens even show off a Metal Gear-like mech firing into the distance. A lone specialist posing which is likely taken from the character selection screen as these specialists can be utilized online. Another shot has the campaign group fighting off against robots. There is a lot going on in these screens that show potential for great and engaging campaign. That is more than most can say for many of Call Of Duty‘s story campaigns, however Treyarch was always one to be great at this aspect of gameplay. Be sure to check out more screens after the break.