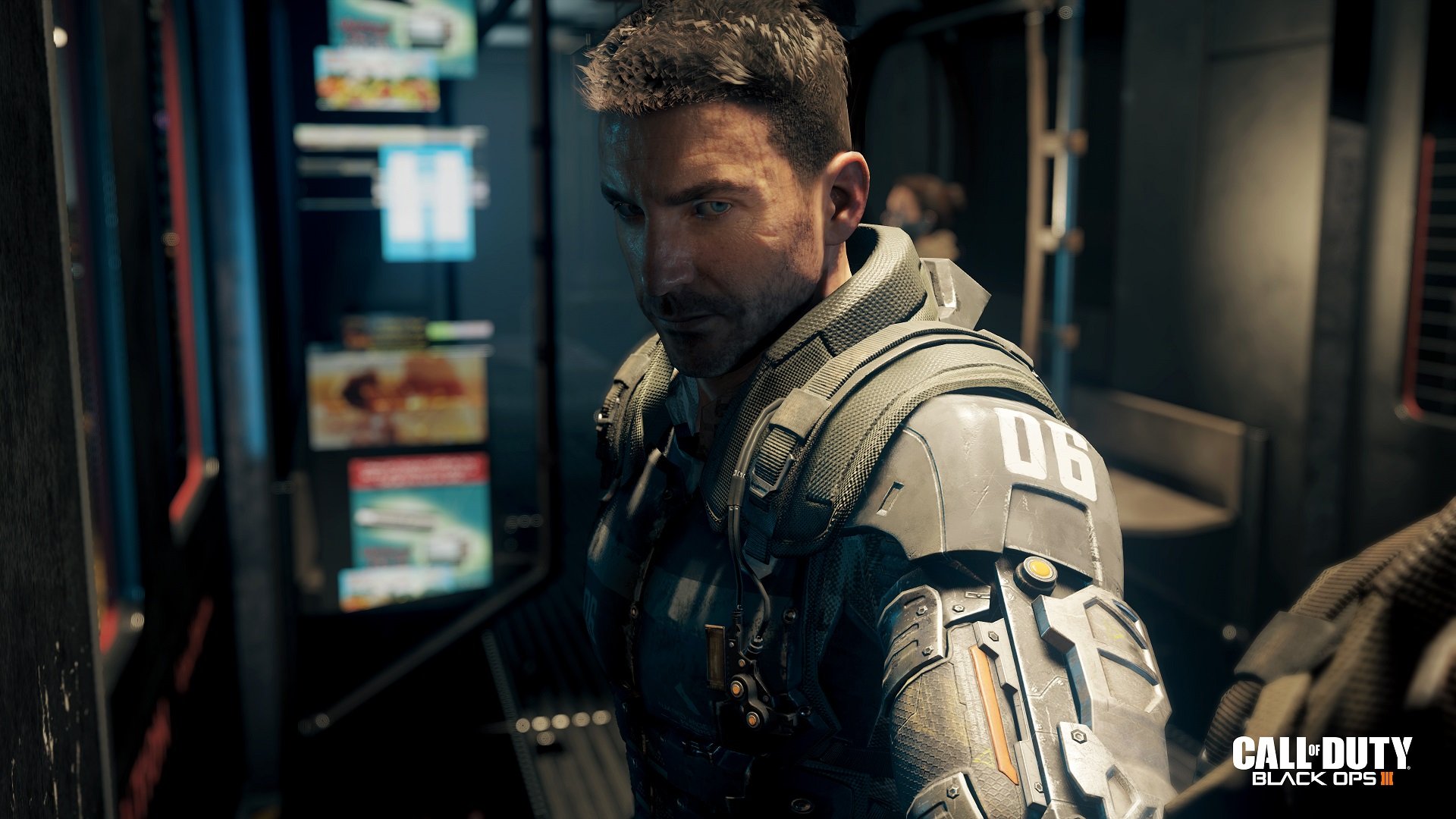 After much anticipation and some leaks the first gameplay for Call Of Duty: Black Ops 3 was revealed today.

There’s a lot of subtle additions to be seen by dissecting the Call Of Duty: Black Ops 3 trailer, but we shall leave that for a moment and allow you to enjoy the trailer below. Afterall, it’s time to go Back In Black.

Fans will notice that it has plenty of Advanced Warfare inspired jumping and attacks but the ‘augments’ like having a players arm turn into a machine gun, fighting robots and even a bow. There is a lot to take in that fans might find themselves going frame by frame. Although it does the job done to get fans hyped with the Rolling Stones hit ‘Paint It Black’ (Fixed) which fits not only the title but the tone of the trailer.

As we progress further into the trailer players are seen taking on Metal Gear sized mechs and running in a group of four. Given what we already know about the leaked information, the group in the trailer is clearly the group the campaign is based around and will likely be the characters fans will play during co-op.

Finally the ending confirms the return of the brutal zombies mode, complete with one bursting through a barricade. Then it closes on the confirmation of a pre-order Beta that will take place on all platforms.