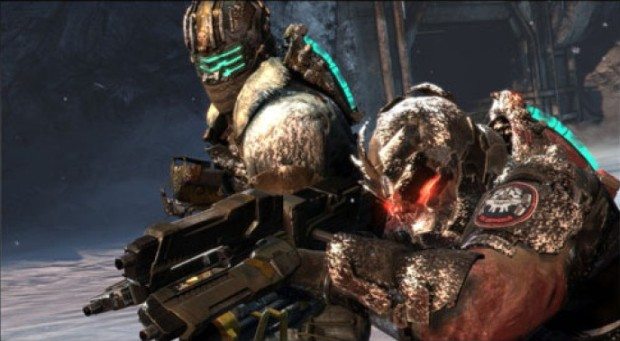 Thanks to AGB, a handful of proper screenshots for the yet-to-be-announced-but-we-all-know-it-exists game, Dead Space 3, have popped up on the net and actually have a few nice details to share. First, we get another look at that character we saw in a new teaser trailer that was released recently and he seems to be somewhat friendly with our old pal Isaac.

This offers even more hard evidence that the next Dead Space will in fact feature some form of co-op, most likely campaign from the looks of it. We also see some new enemy variants, possibly even a human enemy, and that the game most definitely takes place on a frozen planet instead of a ship or space station like previous installments have. We will most likely have more information next week when Dead Space 3 gets a full reveal at E3.

In the mean time, feel free to check out the new screens.