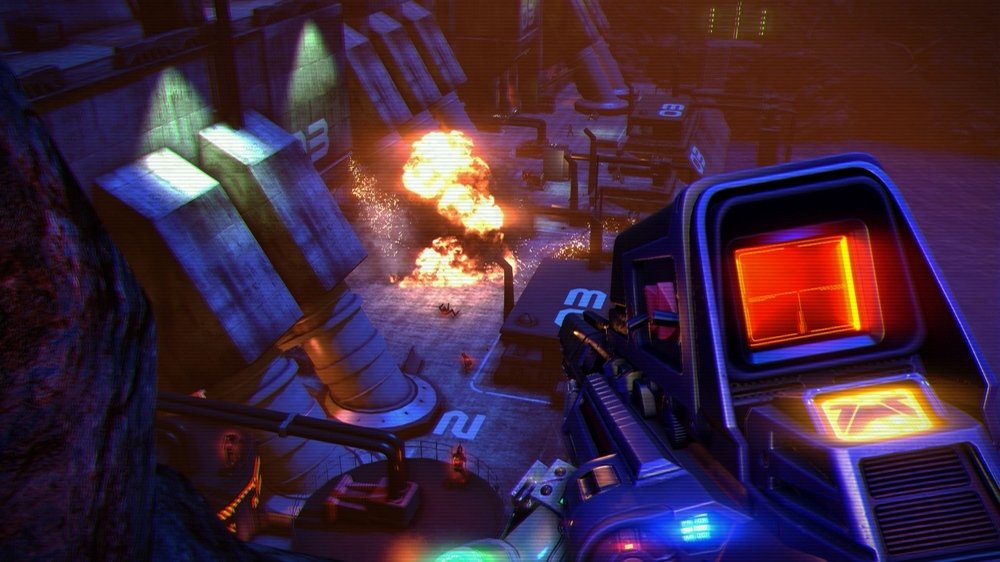 We didn’t report on Far Cry 3: Blood Dragon earlier this week because it both looked and sounded like an elaborate April Fool’s joke. Apparently it is not, and the first batch of screenshots has arrived.

A teaser site for the game recently went live, but it doesn’t quite delve into what the game is going to be. Is it DLC for Far Cry 3, a stand-alone expansion? The teaser site describes Blood Dragon to be nothing like Far Cry 3, and the screenshots are certainly a “Far Cry” from what the original game looked like.

According to the site: The year is 2007. It is the future. Earth has been ravaged by a nuclear war and new paths for peace must be found. A U.S. cyborg army may have found a solution: a powerful bioweapon on a distant island. A Mark IV Cyber Commando, Sergeant Rex Power Colt has been sent over to gather information and figure out what the hell is going on.

The site says that more details are coming soon, so stay tuned.