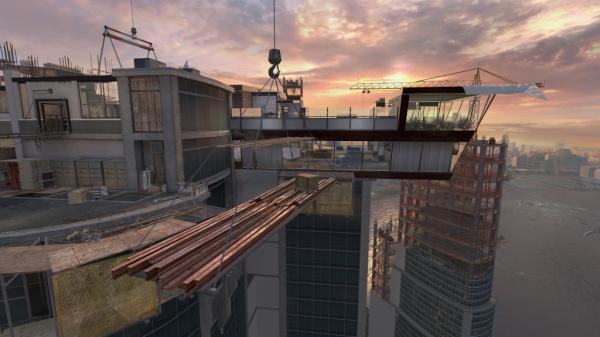 Robert Bowling has shared a glimpse at what to expect in Call of Duty: Elite’s Modern Warfare 3 Content Drop #2. Due out on February 21st for Xbox 360 users, this second bout of content is in the form of another multiplayer map for premium elite members only.  “Call of Duty Elite Drop 3: Overwatch drops you into a construction site atop a New York City skyscraper. The battle takes place along two levels in a near symmetrical layout, with the central bridge and side routes open to attack from multiple angles. Watch your every step, as a lack of safety barriers surrounding the perimeter leaves nothing between you and a 70 story fall to the ground below.”

This third round of content on the Xbox 360 is currently scheduled to arrive one week prior to the arrival of the PlayStation 3’s first content drop which will feature the Piazza and Liberation multiplayer maps.