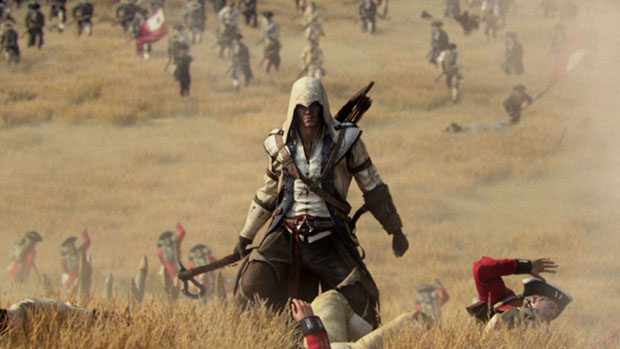 Assassin’s Creed III will feature a brand new engine that powers the game in its all-new setting of the American Revolution. It’s called Anvil Next, and it’s a proprietary engine made by Ubisoft who says it’s capable of “rendering seamless worlds of nearly infinite possibilities.”

As you can see in this latest trailer, there’s alot going on in Assassin’s Creed III that hasn’t been done before in the franchise. Massive battlefields that host thousands of non-playable characters is one of these things that hasn’t been seen before, at least not on this scope. Ubisoft says that the Anvil Next Engine will allow you to encounter up to 2000 characters in a single sequence of the game.

As advertised Ubisoft has also taken the lid off of the specifics in respect to Connor’s climbing a landscape traversal features. The developer says that there are over a thousand new animations for Connor.

If you haven’t seen much about the next Assassin’s Creed, this is the trailer you’ve been waiting for to get your appetite whet for October 30th.