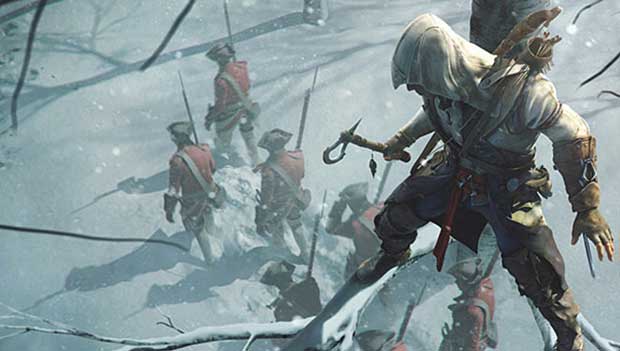 The latest Assassin’s Creed III developer diary takes a look at the massive environments of the upcoming sequel. Exploring the world on multiple fronts, Assassin’s Creed III will once again return you to the crowded city streets, this time through the likes of colonial Boston and New York.

You’ll also be exploring the Frontier areas of the game that feature dynamic weather and unique animal intelligence.

Assassin’s Creed III is due out on the Xbox 360, PlayStation 3 on October 30th, with a PC and Wii U version of the game to follow shortly behind.